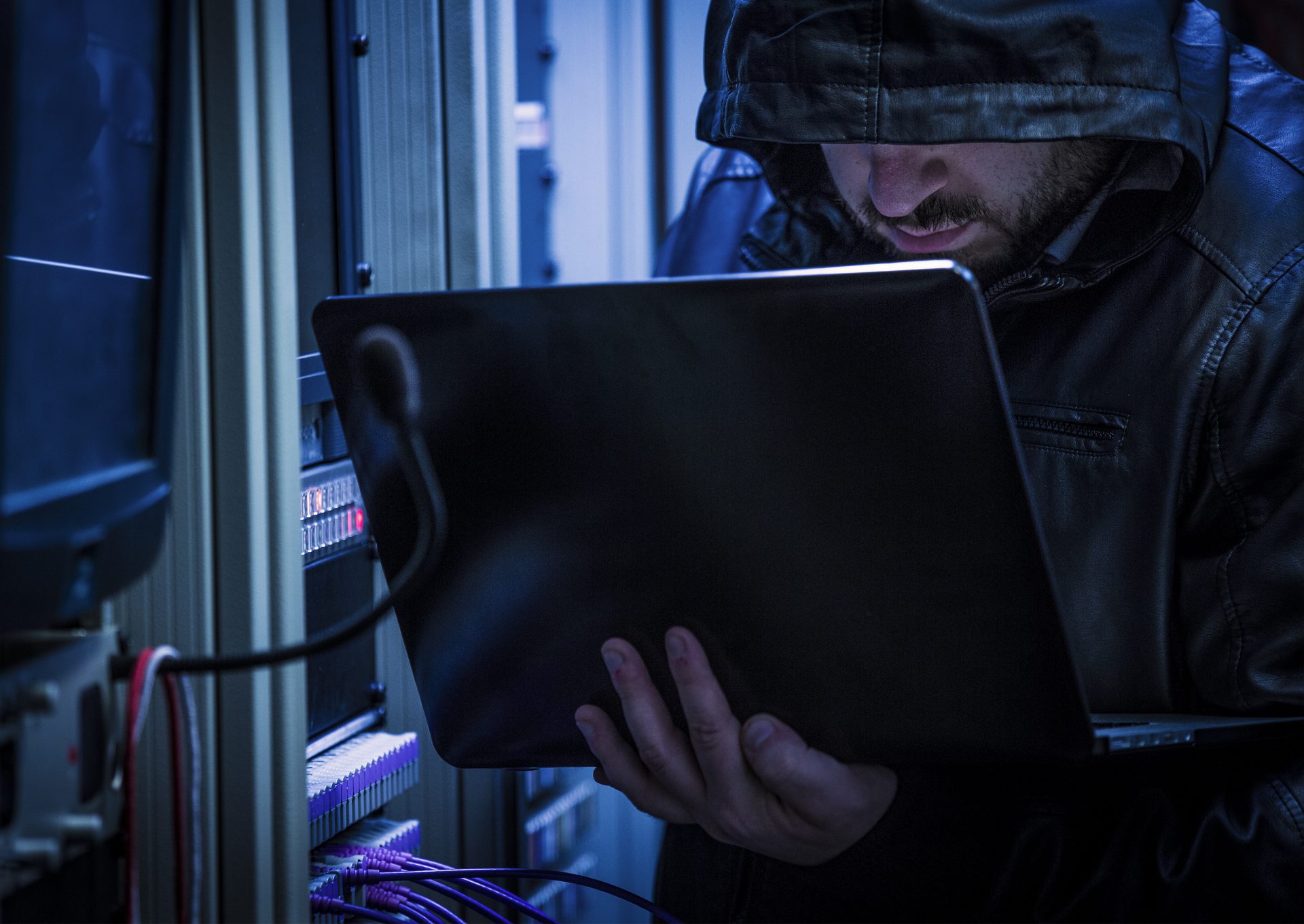 A New Character of Conflict in the Twenty-First Century?

“The character of politics and warfare is evolving rapidly, driven by the pervasiveness of information and the rate of technological change. Our competitors have become masters at exploiting the seams between peace and war. As I said here in January, what constitutes a weapon in this ‘grey zone’, below the threshold of conventional war, no longer has to go ‘bang’.”

In a speech in December 2018, the UK Chief of the Defence Staff acknowledged that the prevalence of information, in many forms, has changed the character of conflict.  Four years earlier the Commander of Joint Forces Command, released a paper entitled “Warfare In The Information Age”, which highlighted how the Information Age was affecting warfare.  Warfare has always required information, in the form of command and control or to support a commander’s understanding or even to liaise with an adversary.  Vice Admiral Cebrowski stated that “for nearly 200 years, the tools and tactics of how we fight have evolved with military technology”.  Technology underpins the information age; however military forces need to understand how the information environment has changed the character of conflict.  There are three examples of how information has fundamentally changed the character of conflict. First, how a state actor has used the information environment (Russia). Secondly, how a non-state actor was able to galvanise power and resources from information (Daesh). Thirdly, the power of the citizen hacktivist or online investigative journalist (Bellingcat).

It is important to understand how the information environment has changed.  The Fourth industrial revolution was a phrase that Klaus Schwab coined in his book of the same name in 2016.  He describes how technology is transforming humankind and changing the way in which people live, he also states that emerging technology is producing profound shifts due to its use, which includes governments and institutions.  If this background is blended with the premise that war is now ‘amongst the people’, this assists with the understanding of how the character of warfare has changed.  General Rupert Smith argues in his timeless book, ‘The Utility of Force’ war is now ‘among the people’ and inevitably includes a complex mix of both state and non-state actors.  If this analogy is extended to the virtual persona or homo digitalis, then war amongst the people not only refers to physical confrontation and winning the hearts and minds of the population in your geographic area of operations, but also winning them in the virtual.  And this is but one aspect. The change is more fundamental when looking at how these different actors are using the information environment.

Russia is synonymous with information warfare, although this has arguably always been a part of that state’s toolset. Nevertheless, it is now clear that Russia developed a more holistic approach through bitter experience forged in the first Chechen war.  They were arguably defeated by an inferior force, but one that understood the strategic aspects of using the international media and blending non-traditional means of communicating with the population.  Russia then leveraged the power of the digital people to wage a ‘cyber’ war with the Government of Estonia, before moving on to a conflict with Georgia.  Each time, new lessons were learned about exploiting technology and utilising people within the information environment.  Despite this learning process, Russia still lacked the ability to integrate information capabilities and the importance of having a consistent presence in the information environment.  After the war in Georgia, though, they developed ‘information troops’ and split information into two main aspects – technical and psychological – which addressed the issues of exploiting technology and people.

By 2014, Russian forces had synchronised their information, kinetic and special operations so as to achieve decisive success in the operation to annex the Crimean Peninsula.  Russia achieved successful information dominance through controlling the broadcast and print media, telecommunications networks and the internet – effectively isolating Crimea from any other news sources either within Ukraine or the Western world.  In addition, through technical means, the Russians were able to exploit use of a compromised Android Smartphone application used by many Ukrainian artillery units. This information and data were used to more rapidly process targeting information.  The Russian forces were able to use the ‘digital people’ to further target the Ukrainian military through an application called ‘military maps’ which was placed on VK (a Russia social media platform).  This allowed a user with the app to tag any Ukrainian military forces or hardware and geolocate them.  This effectively allowed the Russians to conduct ISR through the civilian population on the ground, therefore removing the requirement to place forces or assets in the area.  Through exploiting technology, people and media the Russians had achieved true information advantage and understood how to exploit the changing character of conflict.

The second group to exploit the information environment was Islamic State (Daesh).  Much like the hybridity of Russian tactics, Daesh employed a blend of information warfare, whilst using the information environment to develop their own tactics and ISR capabilities.  In 2015, Daesh reportedly had 20,000 foreign fighters.  Having achieved dominance of the information environment, they were able to advertise, recruit and develop their ‘virtual caliphate’ propaganda, with an estimated 90,000-200,000 Daesh related social media messages sent per day.  The sheer volume of information drowned out any other narratives and was complimented by high quality videos, which had the dual purpose of terrorising their adversaries, whilst glorifying their cause.  The group also used secure applications to communicate, either for command and control purposes or to conduct ISR, sending targeting information.

By using the information environment, Daesh was able to bring the virtual caliphate into the homes of anyone with an internet connection facilitating a digital war amongst the people.  This citizen power also worked against Daesh at times and many of their websites were taken down by the hacktivist organisation ‘Anonymous’.  This is another complication when considering the changing character of conflict.

Anonymous proved an unlikely alliance in the war against Daesh. This illustrates the complexity of conducting War in the Information Age because of the number of actors involved, as well as the pervasive nature of information itself.  There are also a number of citizen hacktivist groups and online investigative journalists.  One example of a hacktivist collective is in Ukraine, which has united a number of hacker groups to form the ‘Ukrainian Cyber Alliance’, with the sole purpose of exposing Russia’s meddling in Ukraine.  Another example can be found in Lithuania, where information defence does not just rest with the Government or the military, but also with digital citizen ‘elves’ who operate online to identify, expose and combat false information.  There is also a website Demaskuok.lt which is partly funded by Google in collaboration with the military, journalists and civil society. It claims to scan 20,000 articles a day from over 1,000 sources, focussing on trigger words and phrases.  These provide two examples of where citizens within a state have provided protection for their information environment, however this does not need to be bounded by geography.

There are more globally recognised online investigative journalist organisations which have been highlighted in the press.  In 2014 through collaboration with other agencies, Bellingcat identified a Russian anti-aircraft missile system Pantsir-1 as being the weapon that shot down MH17 killing all 298 passengers as it flew over Ukraine.  At the time, Russia claimed that a Ukrainian fighter-jet shot down MH-17 and released a supporting image to the global media via a Russian TV news show ‘Odnako’.  This was quickly criticised and debunked from an array of citizen activists and online investigative journalists.  Bellingcat released a report, which highlighted the inaccuracies of the Russian posted material and the evidence to support their findings that MH-17 was shot down by a Russian anti-aircraft missile.  Effectively citizen hacktivists/journalists were able to confront and dismiss a state run dis-information campaign, illustrating that this digital war amongst the people was on a truly global scale.

All of these state, non-state and citizen hacktivist examples provide an understanding of how the information environment has fundamentally changed the character of conflict.  Warfare in the Information Age is a digital war amongst the people, unbounded by geography and difficult to identify friend, foe or even sometimes attribution.  The pace at which information moves around the battlefield has made it truly hyperactive, requiring commanders to make rapid decisions whilst being swamped with a deluge of information.  Whilst at the same time the permanence of information and its pervasive nature have made operational and personal security far more challenging.  Many adversaries are not bound by the international rules-based order and can therefore exploit the environment more easily.  The military must acknowledge this and become more comfortable operating in this environment, using a variety of technology (not just exquisite sensors), the quality of its people and adjusting policies and processes accordingly.  The Information Advantage concept note 2/18 is a good starting point, but without more engagement from the military community, it will not develop capability suitable of conducting warfare in the information age and addressing the changing character of conflict.

Chris F is a ROYAL SIGNALS officer who is studying at the Defence Academy and Kings College London University, and currently completing an MRes in Information Advantage.