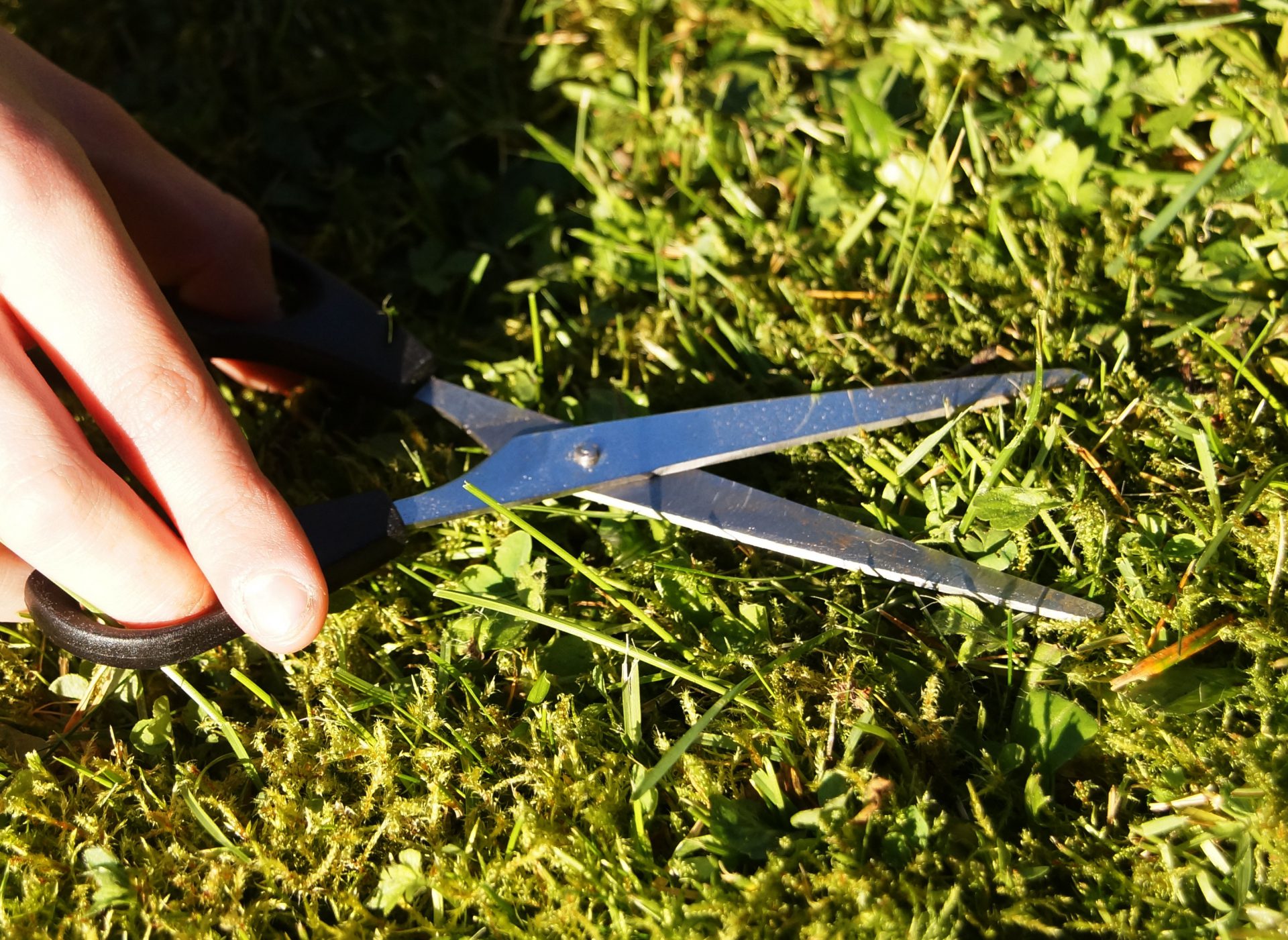 Just a quick question, I missed a rehab appointment and from that I got times two guard duty. To me that is a lot for missing one appointment and it’s the first time I’ve missed any sort of appointment.

Darren quickly got incoming.  Some told him to suck it up and others regaled him with tales of when they were similarly punished with much worse than two simple, cushy, guard duties.  SnagySnags (status LE) told him to book into the WellWoman clinic for being a c***.

The sanctions available following the deciding of a Minor Administrative case are…extra tasks or duties, no more than five per failing.  An individual may be required to carry out tasks in addition to his normal duties in order to emphasise the efficient performance of those duties.

In Morsk’s opinion, Darren should have been ‘awarded’ report back parades rather than guard in order to emphasise good time-keeping. However, he also advised the punished soldier to keep his mouth shut:

It’s only two guard duties. Suck it up buttercup or take it up with your CoC and see how many friends you make / how good your SJAR is / how many other duties you get ‘selected’ for / see how many courses you go on…. shall I go on or do you get my drift?

It seems to me that Darren is justified in feeling aggrieved as the punishment doesn’t appear to fit the crime and isn’t in accordance with the stated policy: ‘The additional task or duty nominated must be of the same nature as the duty in which the individual failed’.

In this situation what can a punished soldier do if he thinks the punishment received is unfair?  Of course, he can go to his chain of command but what if they feel the same way as Morsk and advise staying shtum to avoid further drama or they genuinely view the punishment as fair and appropriate?  The punished soldier’s only option according to AGAI 67 is to submit a service complaint:

Any Service person who considers himself or herself to have been wronged by the application of a minor administrative action sanction may submit a Service complaint seeking redress of individual grievance under section 334 of the Armed Forces Act 2006, see JSP 831 and JSP 763. This will not delay the carrying out of any award.  If a Service complaint is upheld, the person awarding redress will determine what remedy is appropriate.

A service complaint is a ‘nuclear option’ that few will seriously consider precisely for the reasons Morsk outlined.  It also chucks an administrative bomb straight into the Commanding Officer’s inbox that will probably aggravate every level of the local chain of command from the bottom to the top that the soldier has bypassed by simply following the documented procedure.  That’s a powerful disincentive for someone who feels wronged.  It’s an equally powerful incentive for someone with an axe to grind if they know that the recipient has no effective mechanism for challenging an AGAI they’ve dished out.

Serving the interests of the hierarchy?

As Major McLeod wrote in his witness statement to Parliament in 2013: ‘Even to those in the Army, its administrative action system is an irrelevance unless they are subjected to its whims and then realise how helpless they are.  The Army’s current system serves only the interests of the hierarchy’.

So, our punished soldier may go one of two ways.  First, he can put it behind him and move on.  Or second, submit a service complaint direct to the Commanding Officer or the Ombudsman.

Suck it up buttercup?

In all probability Darren will suck it up; particularly when he does a Google and realises how convoluted and ineffective the Service Complaints system is.  For example, a Defence Committee report published on the 7 Aug 19,  Fairness without Fear: The work of the Service Complaints Ombudsman, stated the following: ‘To date the Ombudsman has never judged the SC system to be efficient, effective and fair’.  This report also found that there’s a negative culture towards complaints that discourages a Service Person from making one. It added that no Service has achieved it’s 90% target to complete the complaints procedure within twenty-four weeks. This led the Committee to declare the following: ‘we seriously doubt that the current Service Complaints system is fit for purpose’.

Military personnel clearly have no faith in their ability to challenge the punishment. Only one year in the last five attracting any service complaints relating to AGAI 67 action. As others have pointed out already, 55% of personnel do not feel valued by the system. If they also can’t complain, then how can the Army resolve this tension?

Multiply this situation across the Army and there are potentially serious ramifications for retention.  How many Darrens are out there?  How many soldiers make this decision every day when they’re hit with an AGAI they think is unfair?  How many soldiers view the game as rigged and dismiss by their bosses.

As an MPGS soldier I have been working in guardrooms for a decade (where the offenders end up in order to conduct their show parades or work parades etc. I have come across numerous young soldiers with experiences just like Darren.  Many have messed up so deserve to be punished.  However, some have done little wrong and it seemed to me they were being punished in order to teach them a lesson not to ‘gob off’ or something similar.  There is too much personality involved in the AGAI system and punishments are neither coherent or consistent.  If retention is crucial, as Commander Field Army says, can we do discipline better with more effective and meaningful punishments?

These factors combine to show that AGAI 67 has to be reformed.  It must be underpinned by a simple to understand and easy to implement procedure.  If, before reading this article, you had to ask yourself what’s AGAI 67?  Or, if it’s just a form you collect from the Sgt Major’s office or printed from your desktop favourites then how can you be sure you’re disciplining a soldier correctly?  Furthermore, if you are not disciplining soldiers correctly or fairly, then how can you be sure you’re not contributing to the retention problem rather than alleviating it?

A solution: A simple user guide

We have a Battlefield Casualty Drills handbook that gives simple and clear instructions for dealing with casualties on the battlefield and this is formally assessed as a Military Annual Training Test (MATT 3).

The Army could create an AGAI 67 hand book and test it as annual training for non-commissioned officers.  Much like MATT 3, open the first page and follow the flowchart: What’s the allegation?  Are you on duty?  If yes proceed, if no STOP and seek advice.  Is the individual in your immediate chain of command?  Is there an ongoing issue between the individual and you?  Have you instructed someone else to start the procedure so you can finish it?  If yes, STOP.  If no, proceed to…

Such questions could be addressed as part of an AGAI 67 training package within the Ethical Behaviour element of MATT 6 and assessed either in the classroom or online via the Defence Learning Environment (DLE).  Though such training may add to a growing list of compulsory DLE courses perhaps, when the Chief of Defence People states that ‘attracting and retaining the right numbers of capable, motivated individuals to deliver Defence outputs is critical’, this training could go a long way to ensuring we at least get the basics right when it comes to disciplining our personnel.

Then we can move on to suitable punishment and the need for the process to be reviewed impartially.  Perhaps a Warrant Officer or Officer not in the immediate chain of command of the offender?   Or maybe the Padre or the Welfare Officer or one of the new Central Change Agents who gets to be the final arbiter; rather than an individual who is directly in the chain of command of the individual who may have a hatchet to bury?

These are just some ideas.  However, when we see headlines describing the AGAI 67 system as a Kangaroo court or bullies’ charter then it’s clear something needs to change. 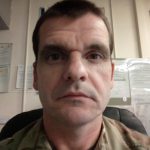 Andrew Campbell has served as a Corporal in the Military Provost Guard Service (MPGS) for 10 years.  Prior to this he spent 7 years as a REME Metalsmith before leaving the Army in 2000 to study.  After gaining a 2:1 in Politics and Sociology from Newcastle University (2004) and a PgDip in Social Research from Strathclyde University (2006) he enlisted to the MPGS in 2009.