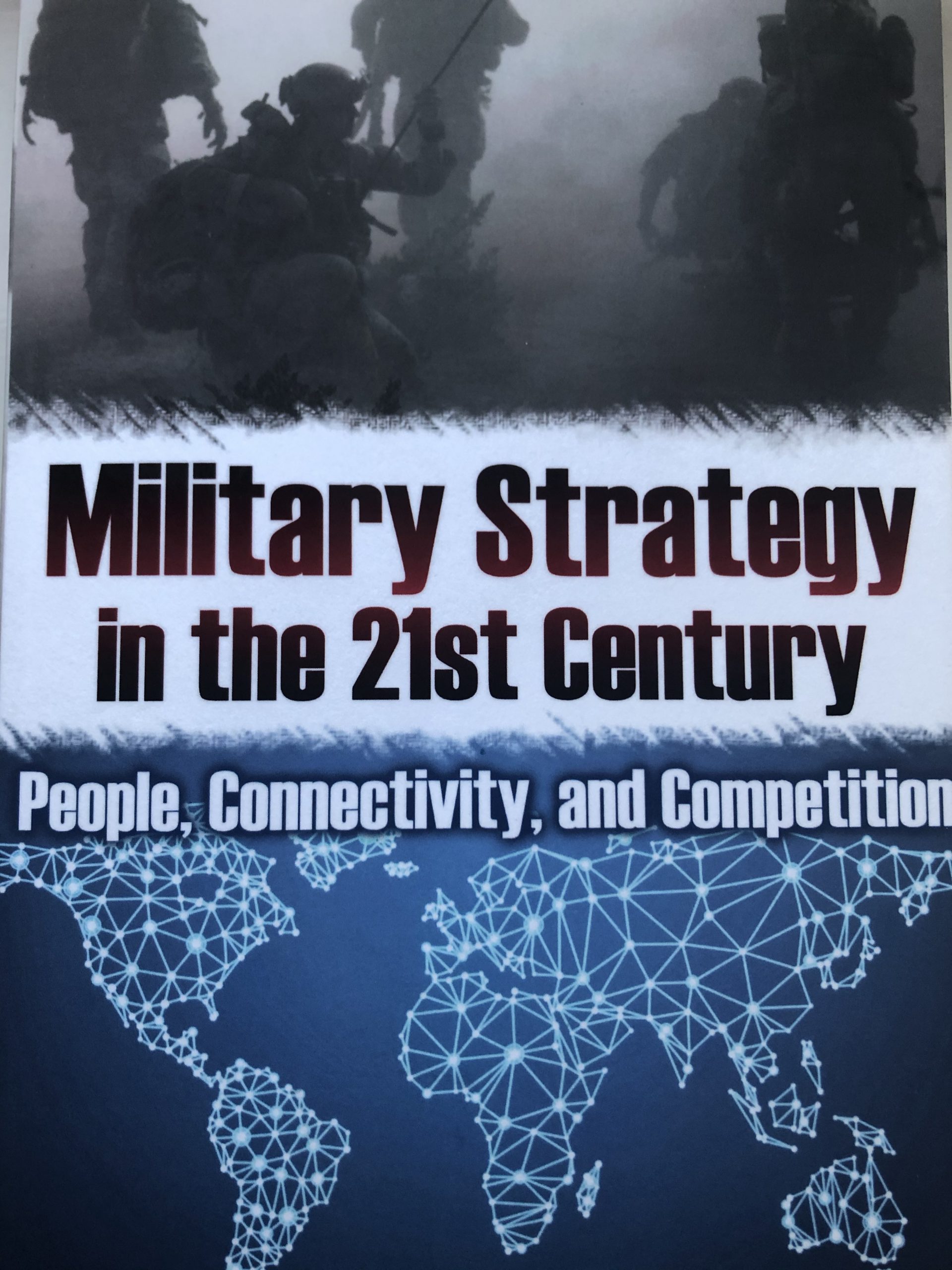 Most people understand that ‘strategy’ has become a synonym for “something very important.” It doesn’t really matter what your job is, or where you work, ‘the strategy’ is the aspirational direction your organisation is pushing for. What that actually means when the ‘rubber hits the road’, when finance, politics or a pandemic comes along is less clear.  With this in mind, Military Strategy in the 21st Century tries to make sense of our changing world and what that means for the US military as it tries to recover from a series of, if not strategic failures, then at least strategic shocks. Although this book has a US focus there is utility here for those looking at this problem from a different perspective.

The four authors are a mixture of active duty and retired US Army officers.  Lieutenant General (Ret’d) Cleveland had an extensive SOF career, Benjamin Jensen writes the Next War column for War on the Rocks, and Arnel David is currently employed as the U.S. Special Advisor to the Chief of the General Staff, providing interoperability and US thinking at the heart of the British Army.  Blending current and past experience going back to the Cold War, the balance of military experience grounded in academic studies resonates throughout this book. Whilst structured in a typically academic format – with in-depth and easy to follow referencing – this is not only a readable and logically structured book but also one that, once the core of the argument is outlined, builds on this to reinforce and demonstrate the authors’ thinking throughout.

Military Strategy in the 21st Century concludes with the statement “Failures in current conflicts continue to be human rather than technological” and it is the human domain which is central to the authors’ key argument. Noting that the physical characterisation of domains (Land, Air, Maritime, Space & Cyber) which modern Western forces focus on, “strip modern operational art of an appreciation of the needs wants and history of the local population”, the authors argue that a reassessment of the human domain will be central to success going forwards.  Therefore, the aim of this book can best be described as an attempt to raise awareness that the human domain – how we articulate it and conceptualise this idea – should be considered as, not only a warfighting function in itself, but one that is crucial for success for any military force.  A fixation on killing and breaking things has a limited utility on the modern battlefield. Although the application of force has its place, there is an underlying concern throughout this book that modern Western forces will, if they haven’t done so already, become exquisitely irrelevant to their political masters if this balance isn’t addressed.

The chapters in this book cover three themes.  The current situation, which takes lessons from the Iraq war whilst also explaining how current and future equipment types are not calibrated for success in the human domain.   The information age and the emergence of human domain which is underpinned by ‘thick’ and ‘big’ data and, finally, how the interconnected and networked modern world offers many opportunities for the US Military to begin to formulate a new strategy for success.[2]  Whilst themes one and two are useful – anyone who has grappled with the buzzwords of information advantage and information manoeuvre will find them helpful – the most interesting, and most beneficial from my perspective, is theme 3 which delves into some approaches that could be used. The worked example of post 9/11 targeting of terrorist networks is a useful example.  The West has demonstrated that it knows how to attack a network. It is understood that it takes substantial resource, both national technical means, human sources and a variety of technical military means to build up a picture of these targets, but we rarely take this approach and use it elsewhere. As the authors explain, if we had taken this network analysis approach used for targeting the Taliban and applied it to our understanding of the relationship and dependencies between our partner governments, we would have been in a much better position to react to, and in some cases have been able to predict, many of the issues that became apparent.

Whilst many academics and commentators are quick to point out that the character of warfare has changed – with some brave enough to suggest that the nature has changed too – very few are willing to offer practical or realistic suggestions as to how to realign approaches to achieve future success.  All of the authors of this book should be commended for grappling with what can, at times, appear to be a wicked problem.  Only time will tell if the recommendations in this book are implemented, or indeed if they are successful. Nevertheless this book bridges a gap, taking the conceptual and sometimes impenetrable debate about the direction that Western forces should be heading, into a practical and logical assessment of what that could and probably should look like.