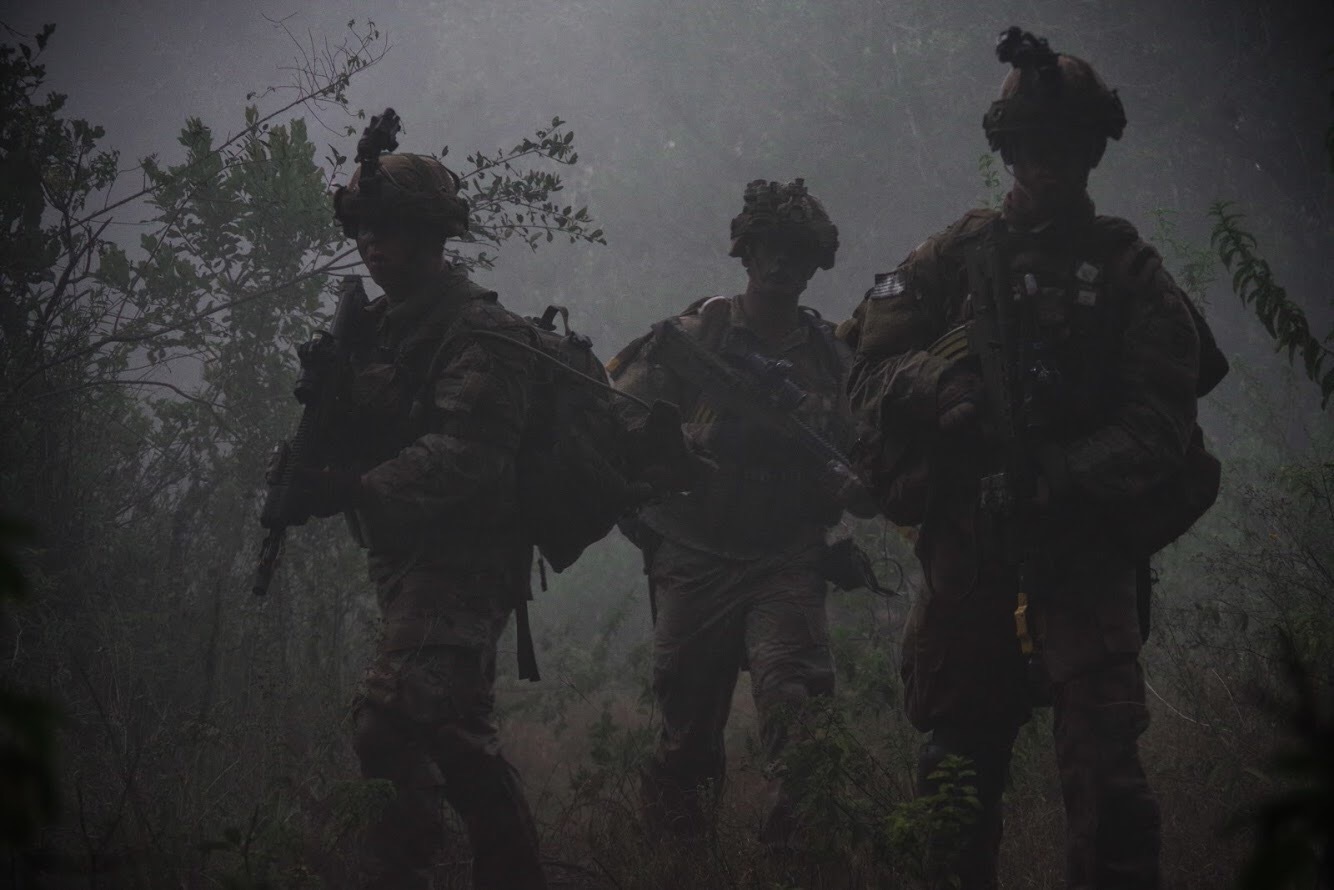 The UK’s Ranger Regiment: An opportunity

With the UK’s Integrated Review of Security, Defence, Development and Foreign Policy signalling an increased  focus on building the capacity of foreign security forces, through the generation of a new Ranger Regiment, the UK has an opportunity to take stock of lessons from recent campaigns. According to the Integrated Review, the persistent engagement strategy will see “[t]he UK … deploy more of our armed forces overseas more often and for longer periods of time, to train, exercise and operate alongside allies and partners across all our priority regions.” These forces (Rangers) will “build the capacity of others to deter and defend against state threats; support, mentor and, where necessary, assist nations in countering non-state challenges; and strengthen our network of relationships.” However, the experience of the UK and its allies has shown that while security partnerships can achieve the burden-sharing these governments so often crave, they can also come with significant risks for civilian populations and prospects for peace and stability.

Avoiding mistakes of the past

The UK’s provision of military equipment and training in the Gulf, West Africa, the Middle East and elsewhere has shown that there are risks to human rights and peace when these partnerships are primarily based on military support. In the absence of a broader political strategy, empowering UK partners through the new Ranger Regiment, with increased coercive capabilities (and the implicit or explicit political endorsement that comes with it) risks reinforcing abusive, corrupt and exclusive elites. Research has consistently shown that heavy-handed security sector tactics are cited by civilians as one of the main grievances that drive them to support – tacitly or actively – armed opposition groups. This is evident in many places where the UK is providing training and equipment, including Saudi Arabia and Egypt. These risks are also particularly present in East Africa where it is reported that the UK’s newly formed Rangers Regiment will be deployed in 2022. In Somalia, Oxford Research Group were told by one British soldier that the abuses of the Somali National Army are “a big recruitment tool for Al Shabab because…they steal, rape, etc. Same as others, but this time in uniform, with Somali flags on it.”

The 2021 annual UN Report on Children and Armed Conflict identified a shocking increase in the number of grave rights violations against children by all sides in Somalia, with a significant minority carried out by federal forces. It is, then, essential that the Ministry of Defence acknowledge and address the implications of empowering state security forces known for violating human rights to ensure that the UK is not increasing their capacity for repression. To do this, the UK Government needs to ensure there is sufficient oversight and transparency of the Regiment, and the broader persistent engagement strategy, making sure deployments align with foreign policy goals, alleviate civilian harm, and facilitate the public dialogue that a functioning democracy demands.

Importance of transparency and accountability

The prospects of such a debate taking place, however, could be dramatically reduced if the secrecy surrounding these units is increased. The Defence Command paper indicates that there would be a large, and potentially expanding role, for UK Special Forces in the future of UK defence and security policy. For instance, the new Ranger Regiment will be part of an Army Special Operations Brigade, and tasked with “collective deterrence such as training, advising, enabling and accompanying partner forces.” The Defence Command paper, however, is unclear about whether these forces will be covered by the government’s long-held “no comment” policy over UK Special Forces.

While intelligence agencies are overseen by the Intelligence and Security Committee, there is no similar system for UK Special Forces. In 2019, a parliamentary inquiry called for Parliament’s role in authorising the use of military force to be strengthened, writing that the Commons should make clear under which conditions it would support special forces operations. Information about UK Special Forces is specifically exempt from the Freedom of Information Act, and any stories that are leaked are open to prosecution under the Official Secrets Acts (worse, a proposal to this Act could see primary and onward disclosure of sensitive material treated the same as the original leak).

In some cases Special Forces are tasked with specific, limited objectives and any disclosures could imperil the operation; however, when undertaking longer term operations with partners, arguments for blanket opacity are less valid. In fact, many of the UK’s allies – including the US, France, Norway and Canada – have developed better systems of oversight without compromising national security. Moreover, without such transparency, Parliament, the media, and other external experts cannot effectively assess UK strategy. They cannot judge the success or failure of policies, evaluate the needs of UK personnel, and suggest alternatives to ensure that the UK prioritises an approach to national security abroad that addresses the underlying causes of conflict and protects civilians.

A New Approach To Partnership?

A healthy debate with these entities can help the UK Government better learn from mistakes of the past and ensure it avoids making them again in the future. In particular, our organisations have spent years researching, advocating, and providing technical expertise for improved systems and policies which protect civilians and contribute to long-term peace and stability.

In our experience, systems and protocols need to be established at all levels to address risks to civilian populations and of fuelling conflict arising from the partnership. The UK should develop internal doctrine and training for the Ranger Regiment specific to civilian harm mitigation, including where needed revised tactics, techniques and procedures. These assessments should be directly informed by the input of local and international civil society organisations and should be regularly updated throughout the partnership.

Where the risk is too high, activities should not move forward. Such training must also form part of a broader political strategy, with parallel investments in accountable institution building and support to civil society.

To understand how to implement such strategies effectively, UK officials at all levels – from Special Forces advisors to the Ranger Regiment, to diplomats – must be willing to have frank and difficult conversations. Through maintaining an open dialogue with Parliament, expert experts and local communities, the UK can learn from past mistakes, draw on the best available evidence, analysis and expertise and develop policies and systems which protect civilians and pave the way for long-term peace and stability.

This piece was written by seven experts who have been working on defence and security issues for decades.

Beatrice Godefroy is Europe Director at the Center for Civilians in Conflict (CIVIC).

Camilla Molyneux is Senior Researcher and Policy Advisor at the APPG on Drones and Modern Conflict.

Jamie Gaskarth is Foreign Policy and International Relations at the Open University.

Lucia Withers is an independent expert working on child protection.

Murray Jones is an investigative journalist at Action on Armed Violence

Professional Military Education Needs Reform.  Here’s Why and What to do

The thing I find astonishing is that the UK/NATO military strategy is still adamant that training foreign forces is a workable strategy, when these forces routinely fail. The Afghan National Army was the product of 20 years and trillions of dollars in foreign training, and it was a busted flush. The Iraqi army fared little better against ISIS; in fact the Syrian Army (which we never had any involvement with) and Russian mercenaries proved more combat capable. In other words – Stop Reinforcing Failure!

Interesting article, thank you.
I am pleased that these seven experts who have been working for years in these various fields think there will be a healthy debate. There will be no debate, healthy or not. This will be presented as a fait accompli because “Special forces” have been named…it’s the everlasting joker card. As this isn’t going to be debated I’ll add my two pence worth.
1. The questions that need to be answered are those same questions that are awaiting answers from the wash up of the last two wars we lost…
2. Let us also define what a Ranger is. Then if it is found to be a “Special” force it will of course have a selection process…other wise it isn’t special but a bunch of “Ordinary” soldiers rerolled with a Gucci badges. Which is it? Does that also mean “Ordinary” soldiers by definition can forget about these special priorities when operating with these rapist, murdering militias. What is the priority of a Ranger? To cover up or to call out?
3. As for the “Special” forces. There seems to be a problem with their role…what is their role? Are they even in the British Army any more? Are they subject to British military or even Civil law?
4. How about Specialist military recce and operations return to the British Military, anything else that can’t bare scrutiny sent somewhere else… who cares where.. the Met seems fairly unanswerable. Then get some Generals who have been real soldiers who are answerable for their actions to our democratically elected leaders. Maybe we’ll start remembering how to develop winning strategies and have a functional Military that is a learning organisation, which wins wars.

The Battle of Cunaxa proved that thinking a small bunch of specialists will guarantee you victory was an error then and still is now, even when they win every engagement! Athenian culture proved superior to the Spartans’ even though they lost the war… because they could operationalise a learning culture. We are still living in this Athenian culture and Sparta is still just dust. Can we be allowed a learning culture please?