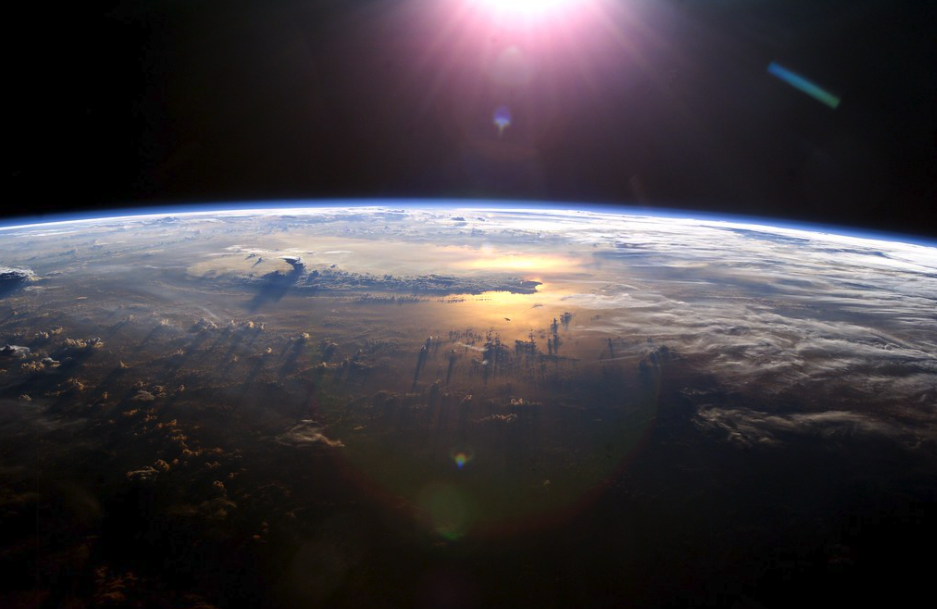 Editor’s note: This is the transcript of a speech delivered at Defence and Security Equipment International by Air Vice Marshal Smyth on 14 September 2021.

For those that don’t know me, I’m Air Vice Marshal (AVM) Harv Smyth, and I have the enormous privilege of being UK MOD’s first Director Space, a journey which started in April last year, and thus far, has proven to be one of the most interesting and invigorating appointments I’ve held since joining the Service.

From a UK perspective, the criticality of space is front and centre in Governmental thinking

Today I’ve been asked to speak on the subject of ‘The Future for UK Defence Space’, but before I get into the detail of this, it is important to establish some context.  From a UK perspective, the criticality of space is front and centre in Governmental thinking, and was a key cross-cutting theme in our recent Integrated Review of Security, Defence, Development and Foreign Policy, published earlier this year … in fact, of all our areas of interest going forward, Space stands out, because it very easily and neatly maps to each of the 4 strategic goals of the Integrated Review.

Obviously, from a Defence perspective, we fully appreciate our intimate dependence on Space, both as an operational domain in its own right, but also as the key domain, which integrates all others across the global stage – there is no doubt that Space most definitely affords us the operational advantage we enjoy against potential adversaries.  And its integrating role fundamentally underpins Defence’s renewed future operating concept – IOpC25 – specifically in terms of our ambitious goal to achieve holistic and coherent Multi Domain Integration.  This is of utmost importance if indeed we are to best position ourselves to respond to a world which is characterised by constant competition, most of which is being nefariously conducted in the grey-zone, just below the threshold of what would hitherto constitute conflict.

Beyond the military perspective, our Integrated Review also highlighted the nation’s fundamental dependence upon space through the lens of critical national infrastructure, specifically when considering such space-based capabilities as the provision of PNT, or Position, Navigation and Timing signals.  Rightly or wrongly, like most western nations, we have become fundamentally reliant upon space capabilities, many
of which now underpin our very way of modern life … from contactless payments, to accurate weather forecasting; from precision navigation on your phone, to the ability to real-time video call to the other side of the Globe.

The majority of UK citizens don’t even realise their daily dependence on space … in many ways, it is out of sight out of mind, but this dependence exists all the same.  And in line with the core role of UK Defence, it behoves MOD to put in place the appropriate policies, processes and capabilities that afford us the ability to protect and defend these critical space dependencies, just as we do across all the other domains.

From globally linked secure space-based communications, to precision effect delivered at range, enabled via technology such as GPS, the importance of Space to Defence is irrefutable, however, this advantage is slowly being eroded by the capability proliferation and actions of our adversaries.

General Raymond, the Chief of Space Operations for the United States Space Force, has recently stated, Space fuels our very way of life … it also fuels our way of war … but Freedom of action in space can no longer be assumed.  We are now seeing the space domain become much more overtly contested by others … not just in terms of high-end denial capabilities such as anti satellite missiles, be they launched from earth, or indeed, launched from on-orbit satellites, but also, and perhaps more worrying, sub-threshold, difficult to attribute, interference and denial activities in the form of jamming, dazzling or spoofing, alongside
uncoordinated and unpredictable on-orbit proximity operations, which at best compromise safety, and at worse could lead to miscalculation in terms of response from those that feel threatened. 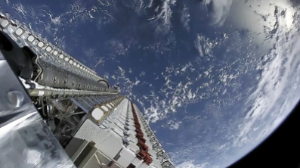 In addition, whilst Space is undeniably critical and contested, it is also becoming more competed, and hence more congested.  In recent years we have witnessed the growth of powerful Space companies such as SpaceX, Blue Origin, One Web, and many others, which are not only populating Space, specifically Low Earth Orbit (LEO), at a rate never seen before – only 2 years ago there were less that 2000 functional satellites in Space … today, that number is above 4900, and is growing daily.  With technological advances now allowing for reuseable space assets, the cost of access to Space has fallen throughout this last decade from $20,000 per kg, to less than $2000, with an aspiration to continue this downward trend to less than $10 per kg.

Pretty much anyone can now access Space, and with this accessibility can come potential threat – we all witnessed what happened when the air domain became accessible to all – terrorists turned airliners into weapons – if such a trend holds true for Space, when will we have to close with our first example of Space terrorism?  And are we prepared for such a strategic shock? Further, these powerful space companies are now changing the paradigm in terms of who has the most influential voice when it comes to Space and in turn, the interpretation of Space rules and legislation … the majority of which were written in the middle of the last century and frankly, are no longer fit-for-purpose when viewed through the lens of New Space, and the idea of a second Space Race.

Hence, we in Defence are enormously supportive of the sterling efforts being undertaken by our colleagues in the Foreign, Commonwealth and Development Office, in terms of championing a globally agreed set of acceptable norms of behaviour for Space via the UN General Assembly – progress thus far has proved exceptionally positive, once again demonstrating UK’s ability to influence on the global stage, and lead from the front in terms of thought leadership for Space.

With all of this in mind … the 4 x Cs of Space … critical, contested, competed and congested, over the last 18 months we in UK Defence have made significant changes to our approach.  We’ve established a new Space Directorate within our MOD, cohering our Space related activity, not just within Defence, but also across the whole of government, internationally, and across our Space Industry.  In parallel, earlier this year we stood up our new UK Space Command – a 2*-led, joint command, delivering the day-to-day business of Space for Defence, specifically in terms of space operations; training and force generation; and, the delivery of space
capability programmes.

Air Vice Marshal Paul Godfrey, Commander UK Space Command, will be presenting tomorrow on his views looking into the future.  We have a new, more ambitious, broad-ranging Defence Space Programme, with approved funding profile, which focusses on Space Domain Awareness, globally secure satcom in the form of next generation Skynet, digitally networked data architectures, multispectral ISR, and specific protect and defend capabilities, alongside a federated space education and training programme – all of which is captured in our new Defence Space Strategy, which all being well, will be published alongside the inaugural National Space Strategy later this month.

Unsurprisingly, our strategy will clearly lay out the ends, ways and means of our approach to Space, is wholly coherent with the Integrated Review, and is built on a simple foundation of 3 pillars – the ‘own-collaborate-access model’ … what should we own, capability that we need to be able to use at a time and place of our choosing (sovereign capability) … where should we, or must we, collaborate, via alliances and partnerships … and lastly, what can we simply access, by buying directly from the existing commercial market.

Of the 3 pillars of own-collaborate-access … the area which is of utmost importance, and arguably needs most immediate attention, is the collaborate effort.  As many acclaimed Space experts have stated … Space Is Hard. But it’s a whole lot harder without collaboration and partnerships. We must meaningfully inject Space into our extant alliances, from thinking, to execution, with key allies such as the USA, the 5 Eyes community, the Combined Space Operations partnership, and NATO, but also build new relationships, to include partnerships with commercial colleagues … true partnerships that go well beyond the historical customer-supplier relationships we have fostered in the past – new partnerships where we work closely together, in an agile, innovative manner, embracing a risk-aware, spiral development approach to capability delivery, whilst seeking to leverage the 4 key areas of the New Space revolution: proliferated LEO; digital cloud infrastructures; commoditized data; and AI at the edge.

Our partnerships must allow for the right balance of capabilities, to provide sufficient levels of resilience, and
include sharing at the appropriate levels of classification, all of which must afford the correct levels of deterrence, or if needed, soft or hard power response, at the speed of relevance … built on a foundation of flexibility and pragmatic compromise … characteristics that can sometimes be difficult and challenging to coherently generate in large partnerships or large strategic programmes, but we must boldly aspire to achieve these all the same.

I wholeheartedly believe that we find ourselves at a true inflection point regards our approach to Space. This next decade will prove just as exciting and important as the decade preceding Neil Armstrong’s ‘one small step’.  By 2031, humans will have returned to the moon, including the first female; there will be a lunar gateway – a Space Station orbiting the Moon providing direct support to permanent lunar basing. We will deepen our understanding of the CIS-lunar region, perhaps to include hitherto science fiction endeavours such as asteroid mining for highly precious, and highly lucrative, metals, thereby providing a viable commercial edge to space … space tourism will become commonplace and not just the
playground of adventurer billionaires, and if Elon Musk’s efforts with his company SpaceX continue on current trajectory, we could very realistically have landed the first humans on Mars.

Enormously exciting, somewhat surreal, and mildly unimaginable, but for the first time in our existence,
humankind could soon forge new space commercial lines of communications (LOC), which will undoubtedly contribute significantly to national prosperity, and hence, national security …. And no different to the legacy domains, these new Space LOCs will need to be protected and defended from a national interest perspective. Quite a task, but I’m confident that our new Defence Space Strategy puts in place the correct
foundations, from which we can build the expertise, the alliances, and the capabilities to meet the challenges posed by the Space domain throughout this next decade and beyond, and I for one, very much look forward to now switching gear into implementation mode, alongside UK Space Command, in the months ahead, to start preparing for a future where the

Space domain will undoubtedly become ever more important to the UK as a whole, and where science fiction will become science fact. 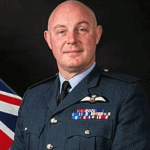 Air Vice Marshal Smyth joined the RAF in 1991 as a pilot and was posted to the Harrier Force in 1995.  Promoted to Squadron Leader on 1 July 2001,  he subsequently served in the  2003 invasion of Iraq, for which he was awarded the Distinguished Flying Cross.  Smyth was promoted to Wing Commander  on 1 January 2006, and commanded No4 Squadron (Harriers) from 1 September 2008 to 31 March 2010.  Smyth has subsequently served as the United Kingdom's National Director of the Lockheed Martin F-35 Lightning II procurement programme and was in aide-de-camp to the Queen from 13 December 2013 to 30 July 2015.  Smyth was appointed Air Officer Commanding No1 Group in July 2018 before taking up his current role as the first UK's Director Space in February 2020.