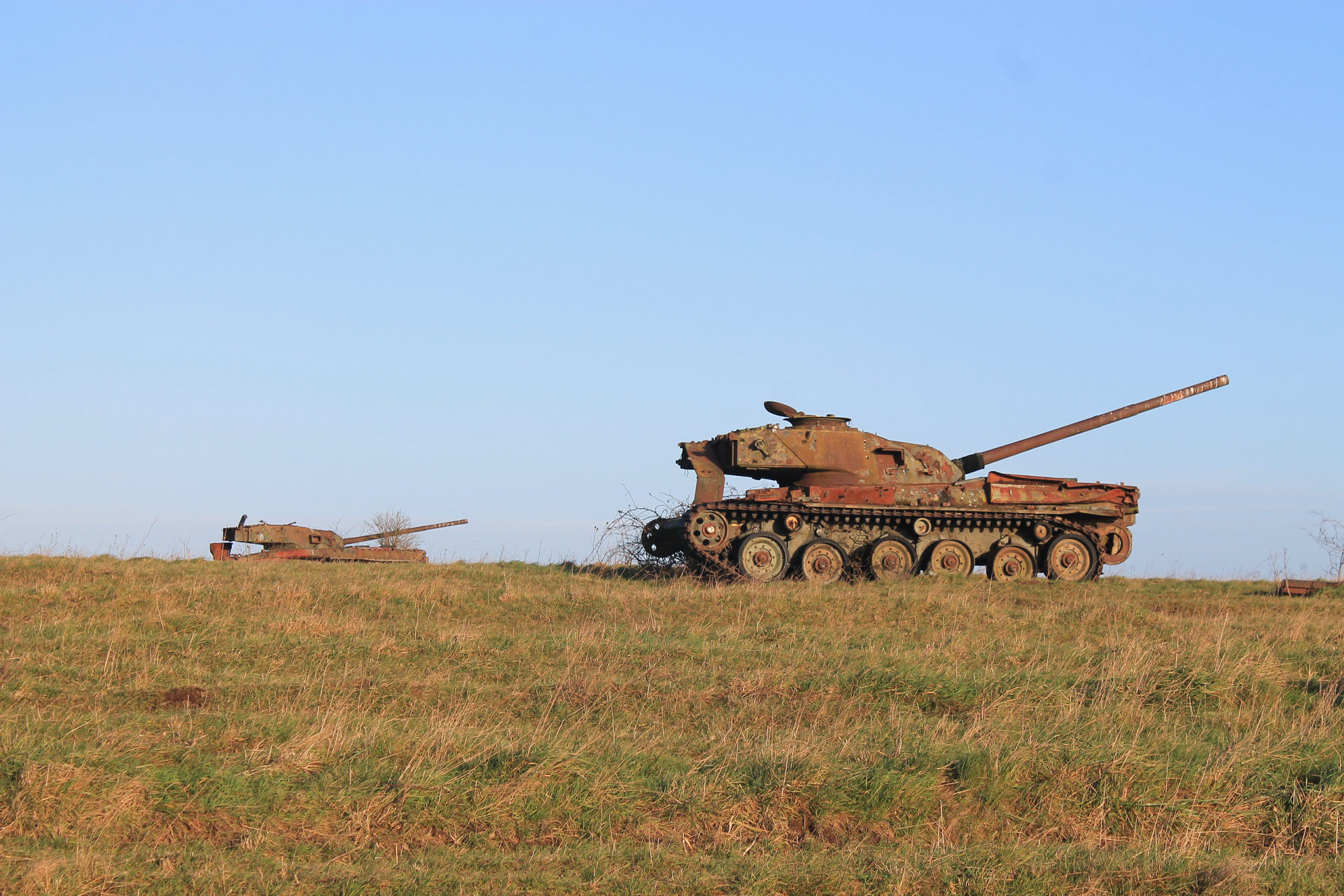 It is a truth universally acknowledged that junior officers absolutely never make sweeping statements, so here we go; The Army isn’t serious about conventional war fighting. Despite the fact it has been the hot topic referenced in just about every senior officer’s speech or RUSI lecture since 2014 and even in the Defence Secretary’s statement to the House of Commons on the release of the Defence Command Paper on 22 March 2021, I stand by my point. Over the past 24 months we have not only seen conflicts throwing this fact into sharp relief, but we’ve also experienced a global pandemic which may provide us with some of the answers for how to better prepare ourselves for the possibility of conventional warfighting in the future. Or, to paraphrase the last few lines into nauseating military aphorism-speak: How can we set ourselves up for success?

I’m not content with making just one contestable statement in this article, so here is another one: Conventional war fighting in the near-peer/peer environment is fundamentally a numbers game. Now, be not afeared, we aren’t heading into fantasy fleets territory and I’m not about to propose a 500,000 strong regular army. There is no point in merely replacing one illusion with an equally absurd one. The question I want to answer is twofold; What do the recent conventional conflicts in Nagorno-Karabakh and Ukraine teach us about equipment requirements in modern warfare; and what does the COVID-19 pandemic teach us about how to rapidly mobilise personnel and resources in a major emergency?

For those who’ve spent the last few years in the bath, the 2020 Nagorno-Karabakh War was a limited conflict between Armenia and Azerbaijan over Nagorno-Karabakh, an area of about 1,700 square miles in the South Caucasus. A previous conflict had been fought from Feb 1988-May 1994 as the Soviet Union was dissolving and ended in an Armenian victory, with the de facto unification of Nagorno-Karabakh and Armenia. Peace talks never led to a conclusive deal leaving the conflict “frozen”, with the odd outburst of violence, until the autumn of 2020. The 2020 Nagorno-Karabakh War lasted 44 days and resulted in a significant Azeri victory, with Armenia ceding much of the territory it previously controlled and Azerbaijan holding all of the strategically important terrain, making any future Armenian reclamation effort all the more difficult.

The majority of subsequent discussion has been focussed on the dramatic losses suffered by the Armenian army, particularly in regards to the near complete destruction of their armoured vehicle fleet through intelligent Azeri use of drones and deep fires. I, however, wish to touch on the issue from a slightly different angle. Azerbaijan spent at least a decade planning for a potential conflict. They modernised their armed forces, built relations with friendly regional powers and invested heavily in equipment and training to enable them to outclass the Armenian opposition. This culminated in a war against a peer(-) opponent in diverse terrain ranging from mountains to forests to low-lying valleys. In this short and bloody war, Azerbaijan lost 62 MBTs and 94 other armoured vehicles, along with 76 support vehicles to destruction, capture, major battle-damage or abandonment. These numbers represent somewhere around 14-16% of Azerbaijan’s MBT fleet and 10-12% of their AFV/APC fleet. It must be noted that a significant amount of Azeri equipment I have included in the above statistics, such as 150x T-55s, don’t appear to have been used at all in the conflict and may well have been completely unserviceable. It is therefore likely that the true percentage of Azeri equipment knocked out was much higher than the estimates I have given. The Azeri government have confirmed they suffered 2,908 killed, with an unreleased number of wounded, although this figure can reasonably be assumed to be in the thousands.

Why does this matter? In recent decades the mantra of Western defence establishments has been that quality and innovative technology is more important than pure numbers. On one hand the Nagorno-Karabakh conflict provides evidence to support this view; A technologically superior force won a significant victory against an enemy, even though that enemy had the advantage of holding almost all of the strategically important terrain.

This analysis, however, misses out two key factors. The Azeri armed forces outnumbered their Armenian opponents, giving them an advantage Western militaries do not expect to have in future conflicts. This was coupled with the fact that the Armenian armed forces seem to have been a particularly good example of an army who’ve allowed themselves to stagnate at almost every level, with little investment, doctrinal development or training.

What this means is that a modern, relatively sophisticated and numerically superior fighting force lost at least 11% of their total armoured vehicle fleet and in the region of 5% of their overall workforce (again, using the most conservative casualty estimates and largest overall force numbers I can find) in a conflict lasting only 44 days against an opponent inferior both in numbers and sophistication. Another way of looking at it would be to say that Azerbaijan suffered an attrition rate of 4 armoured vehicles and 66 soldiers killed per day of their successful offensive. The Armenians lost considerably more, around 9 armoured vehicles and 87 soldiers per day.

Looking across historical examples Azerbaijan came off relatively lightly, with an attrition rate amongst their tanks of only 0.2% per day. During the 19 days of the 1973 Yom Kippur War, Israel lost about 1.1% of their tanks per day – 400 out of 1700 tanks – fighting against the numerically superior, but technologically inferior, Arab armies. These numbers pale when compared against losses in peer-on-peer conflict. During the Second Battle of El Alamein in 1942, the British 9th Armoured Brigade lost 103 of 130 tanks in 20 days of fighting, a degradation rate of approximately 4% per day. Attrition could be even more brutal on the Eastern Front, at the Battle of Kursk in 1943 the Germans lost 14% of their tanks per day across 14 days of heavy fighting. Clearly these WW2 figures represent losses during particularly high intensity periods of combat, nevertheless, using these and similar examples Mark Cancian from the Centre for Strategic and International Studies argues that an armoured force can expect to lose 1% of its combat vehicles per day during a conventional conflict. This figure represents vehicle casualties of all causes.

How do these numbers look when compared to the ongoing Russian invasion of Ukraine? Since 24 Feb, Russia has lost 933 MBTs, against a total of 2,927 tanks in the active fleet with up to a further 10,000 in storage. This means that after 170 days of combat Russia has lost 31.8% of its active MBT fleet and 7.2% of the total MBT fleet, representing an attrition rate of 0.2% per day amongst the active fleet and 0.04% per day amongst the total MBT fleet. These numbers seem low when compared to the conflicts we’ve already examined, however, this may be a reflection of the stop-start nature of conventional warfare conducted over a more extended period with armies having to pause, regroup and conduct line-holding activities at a lower intensity than can be expected in shorter wars. An interesting comparison is to look at British armoured losses in North West Europe from 1944-45. During WW2 the British Army received 17,181 Sherman tanks through the lend-lease scheme, of these 2,712 were destroyed fighting in NW Europe from 6 Jun 1944-8 May 1945. It can therefore be shown that 16% of the British Sherman fleet was destroyed during 337 days of combat, an attrition rate of 0.05% per day. The figures are remarkably consistent for other British tank types including the Cromwell with 15% overall casualties at 0.05% per day (4,016 built, 609 destroyed), and the Churchill with 12% overall being destroyed at a rate of 0.04% per day (5,640 built, 656 destroyed). It must be stressed that these figures contrast the number of tanks destroyed with the total number to have been in service across WW2, as opposed to total number in service at any one time, which may depress the percentage somewhat compared to previous examples. The figures also do not account for tanks damaged or suffering mechanical failure that were repaired and returned to the front. This being the case, along with the interesting fact that across most of the examples the overall loss rate has remained around the 15% mark of the total MBT fleet, I think it is reasonable to continue using Mark Cancian’s estimate of a 1% reduction in armoured strength for each day that a conflict continues.

What would these estimates mean for the British Army if we were involved in a peer or near peer conflict? The British Army has 227 Challenger 2 tanks in total. These are split into three regular armoured regiments of 58 tanks each with the remaining 53 tanks used for training, research or held in storage. If 3 (Armoured) Division were deployed to fight in our hypothetical war, we could expect to lose 2 tanks per day. If we assume that a generous 50% of lost vehicles are recoverable and back in action the following day, then after two months we would have lost an entire armoured regiment’s worth of tanks. For context, the day this article is published is day 170 of the Russian invasion of Ukraine. By this point, 3XX would have lost 171 Challenger tanks. By the end of this week, day 173, the last tank in the division would be out of action. Unfortunately, the Challenger 2 production line shut down in 2002, making replacement vehicles rather difficult to get hold of. It is fair to say that this would constitute something of a problem were the UK to be involved in a conventional war.

So, other than proving my secondary school maths teacher was right when she said that I’d definitely use percentages one day, what have I actually demonstrated here? After all, we all know that things get broken in war. However, wars aren’t just won by breaking equipment, but by the ability to replace the equipment – and people – you have lost.

This, I would argue, is the critical weakness of the British Armed Forces, and until we understand how we can realistically expand our military equipment production at pace then we have no right to claim we are serious about conducting conventional warfare in the future. This means understanding how to repurpose civilian industry to support military requirements and have a solid plan in place to ensure this happens. Is repurposing civilian industry even possible?

Well, now that the problem we face has been surmised, what can be done about it? For that, dear reader, you will have to wait for Part Two: We aren’t ready for war; But COVID could help.

Alex has experience of logistic operations on land and at sea as a civilian, and is currently serving as an RLC Officer. He has previously written for the RLC Foundation Review.

Does Compassionate Leadership have a place in the Military?