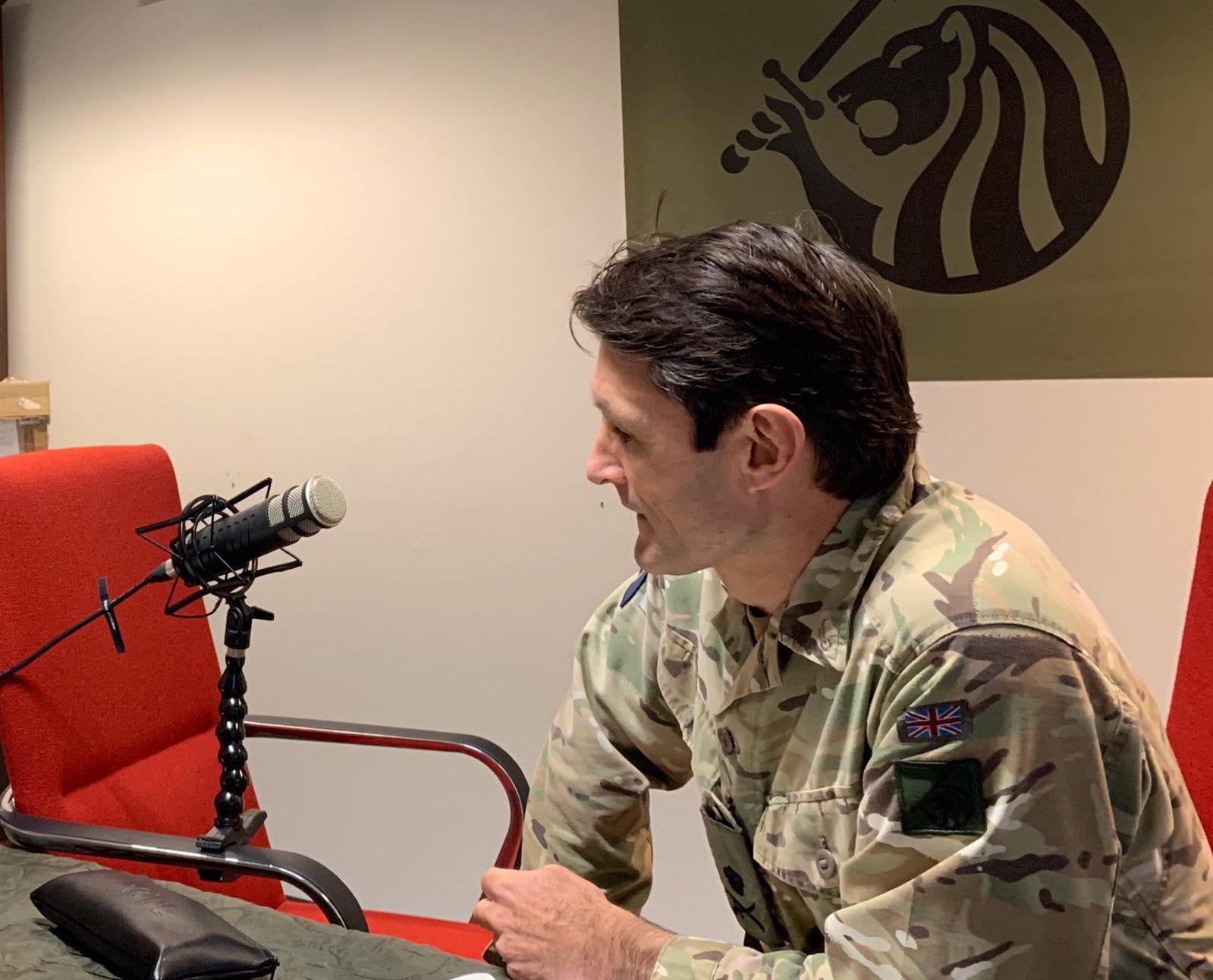 In December 2019 we interviewed the Commander of the Field Army, Lieutenant General Ivan Jones CB.

Questions were formed from those submitted to Wavell Room via email and social media.

Ivan was commissioned into the Royal Engineers in 1989.  During his first 5 years he served as a Troop Commander with 9 Parachute Squadron (RE), as Officer Commanding the independent RE sub-unit supporting the ACE Mobile Force (Land) and as a staff officer in HQ UNPROFOR in Sarajevo. He then spent several years as a troop commander in B Squadron, 22 SAS.

He attended the Defence Technology (MSc) Course in 1999 and the Advanced Command and Staff Course the following year. He returned to 22 SAS to Command B Squadron, which was followed by a tour in the Joint Force Headquarters. He was promoted to Lieutenant Colonel in 2005 and took on the role of Assistant Director Operations and Plans in HQ DSF.

Unit Command was back with the Sappers and 26 Engineer Regiment. He deployed the Regiment on Op HERRICK 6 where in addition to the provision of traditional engineer support to 12 Mechanised Brigade, he also led the Reconstruction and Development effort, working closely with the Department for International Development.

He then spent several years as Deputy Director Intelligence Capability, Strategy and Policy within Defence Intelligence, during which time he also completed the Higher Command and Staff Course.  He took over command of 8 Force Engineer Brigade in early October 2011.

He was Chief of Joint Force Operations from September 2013 and then Chief of Staff Field Army from November 2015.  He was appointed as the Director of Personnel in May 2018 and assumed the appointment of Commander Field Army on 20 March 2019.  He is also the Army’s Gender Champion.

Ivan was awarded The Order of the Bath, in the rank of Companion (CB) from the Queen’s Birthday Honours List 18. Ivan is married to Sarah; they have 2 children, Benjamin and Sophie.  In addition to renovating his cottage in Somerset, he is a keen sportsman and is Vice President of Army Rugby, President of Army Triathlon and President of Royal Engineers’ Rugby.

Technology and the Future of Land Warfare

The Role of Minesweepers in WW2

Engagement – Fighting the Myths of Blackadder, Bad Lads and Bullies