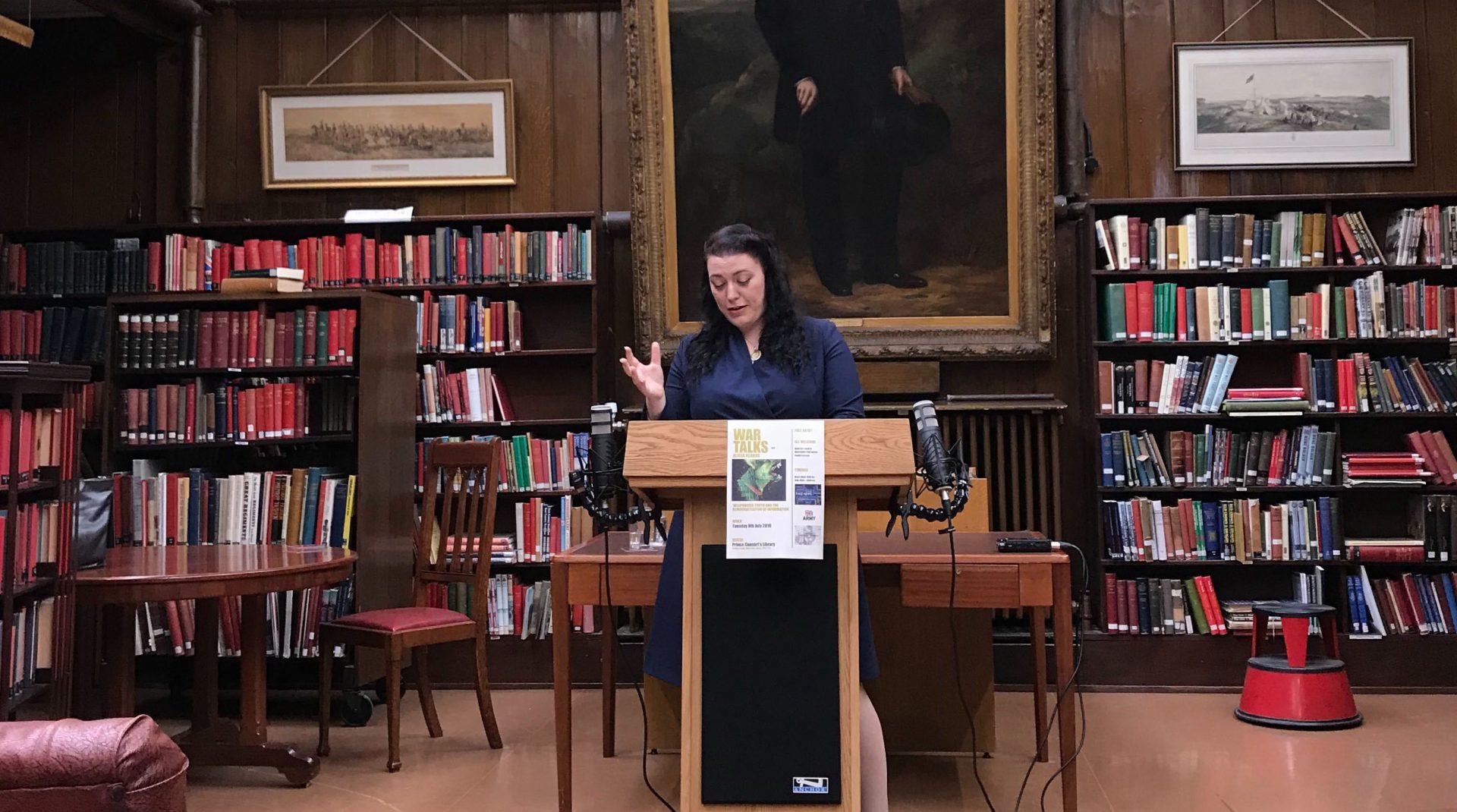 This podcast is recorded in partnership with War Talks. Alicia is a counter-terrorism expert, and is currently directing CT, counter disinformation and hybrid warfare interventions in Lebanon, Morocco and the Western Balkans. During her career Alicia has worked for the UK’s Foreign and Commonwealth Office, where she led UK Government interventions in Syria and Iraq and advised over 70 Governments on how to defeat the terrorist group Daesh (ISIS), insurgent groups, and to counter malign state disinformation efforts. This included countering Russian disinformation in Syria, attending the UN-led peace talks on Syria and deployments to Iraq, Kuwait and Ukraine. Alicia also worked at the UK Ministry of Defence and Ministry of Justice.  In this War Talks Alicia presents to us on the topic of weaponised truth and the democratisation of information.

How to Not Manage Morale

The Role of Minesweepers in WW2