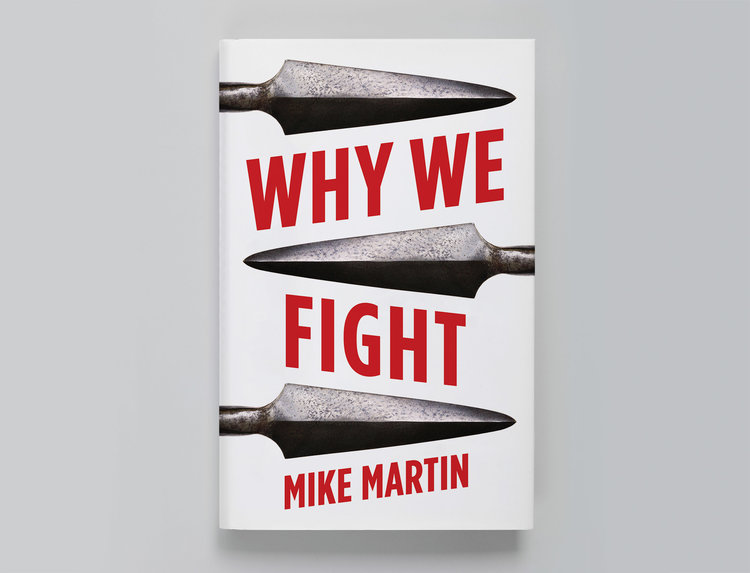 Bottom Line Up Front: Why We Fight is not a quick and easy read where you find yourself compelled to follow rolling prose steadily, but it is a scientifically based review of the biological and psychological requirements for violence and conflict that will shape the understanding of the reader through quantifiable evidence based research into an informed perspective as to why violence is a persistent part of human / societal life.

For the budding anthropologists: A good read.

In ‘Why We Fight’ Mike Martin (a former Army Officer with operational experience in Helmand) looks in depth at the physical, psychological and anthropological factors that lead young men to participate in acts of violence.  The spectrum covered ranges from; individuals enjoying a scrap outside of a bar on a Friday evening, to young men in their tens of thousands flooding to recruitment offices in 1914.  The echoes of Thomas Hobbes’s sentiment that the State of Nature is a “solitary, poor, nasty, brutish, and short” is never far from the mind of the reader, whilst more quantifiable evidence is repeatedly provided to support this and more worryingly suggest that it is all self generated.

The premise of the book is seeking to answer the titular question and more specifically, looking at why on earth would individuals and society canonise / glamorise acts that have a significantly negative impact upon the primary function of ‘the will to survive and be survived’.

As a read, the book leans heavily towards scientific and quantifiable evidence for the drive to conflict and can at times become as dry as JSP 101 on a Friday afternoon, but when the reader gets past (or skim reads) these looking for a general overview, it all comes together well.  Unsurprisingly the governing factors are (of course) sex and power but the journey of how to get there is far more convoluted and technical than I had originally thought at the outset.

I would best describe this book as one to be kept next to the loo. Much like ‘Thinking Fast and Slow’ it is a read that deserves time to be given to it in bite-sized chunks, rather than a Bernard Cornwall novel that can be stormed through in one sitting.  For those looking to attend a military staff course or just like to condescend to their civvy friends, a must read that helps to delve into the subconscious depths of human behaviour and an affirming if not alarming existential view of human society and the self-perpetuating need for conflict throughout the violent history of mankind.