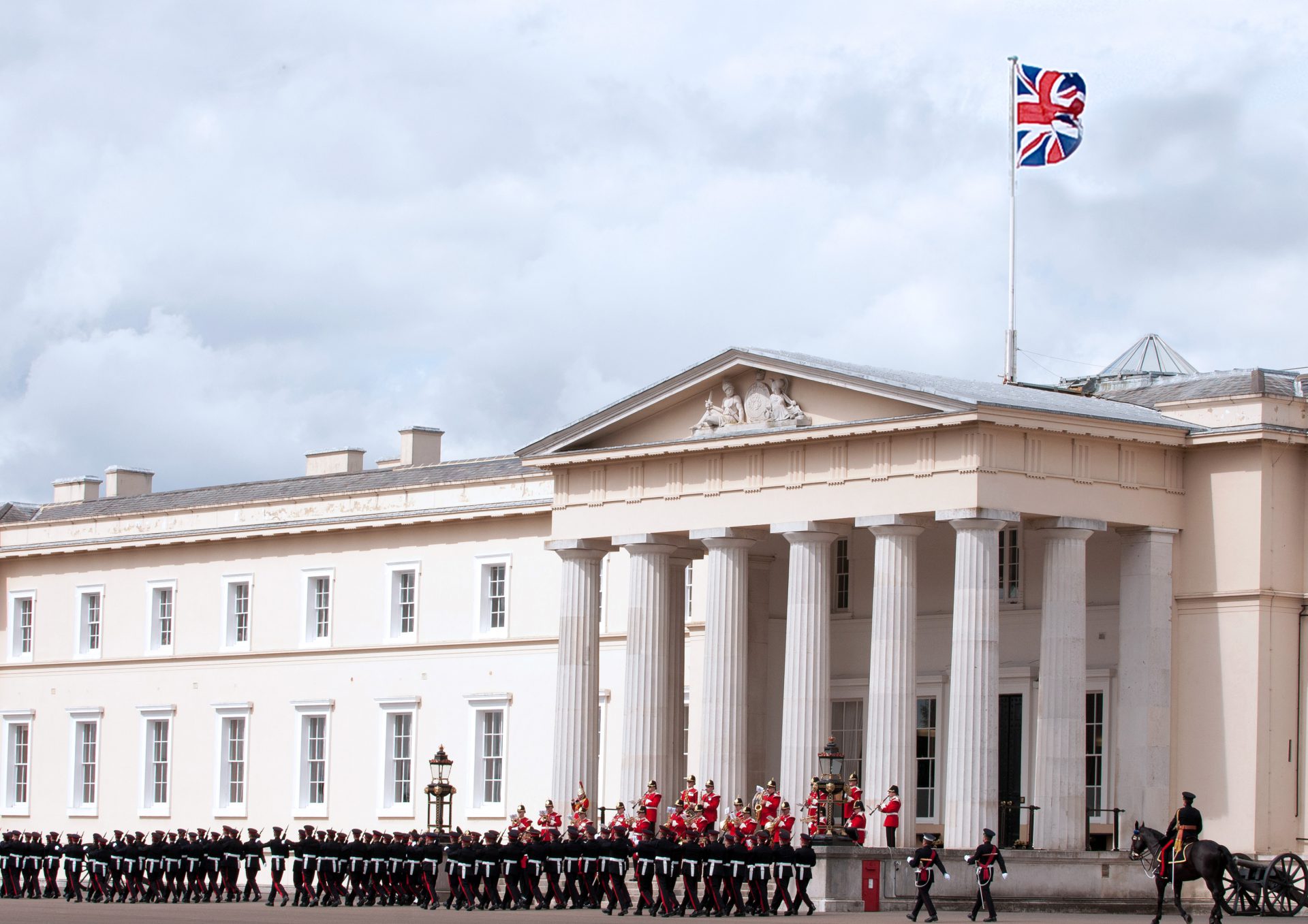 ‘Education should implant a will and facility for learning. It should produce not learned but learning people. In times of change, learners inherit the earth while the learned are equipped to deal with a world that no longer exists’ Eric Hoffer 1

It seems that the #PME is becoming ever more pervasive, it appears regularly on my social media feeds and there are a wide array of blogs and websites offering informal PME to anyone who is interested 2.

However, there are few studies of the value of PME, whether it actually does make us better at our jobs. On a quite basic level, how does all that international relations taught to an Officer Cadet in Faraday Hall at Sandhurst help him when leading his Platoon in an attack, or when dealing with a typical everyday G1 drama? Most of the time it doesn’t, and what would actually be more beneficial for that Officer Cadet is a lesson on JPA or soldier career management.

I have heard before that military education, learning and reading neither inspires soldiers to clear trenches or bayonet the enemy, or is directly linked to tactical success. No one in the heat of a firefight has thought ‘what would old Wavell do?’. There is therefore doubts as to the usefulness of PME on some levels, and therefore why to spend time on it at all?

Well, as I am writing this on this website you have already probably come to the realisation that I fundamentally disagree with such views. PME is vital because it does lead to battlefield success. PME provides the architecture around which innovation is built, it provides the culture of critical analysis and reflection without which wars cannot be won.

Indeed this is evident throughout history, perhaps most famously in the interwar period where German Officers, through studying and comparing both the stalemate of the Western Front and the more the manoeuvrist war in the East during WWI, realised that small co-ordinated forces have more combat power than large, uncoordinated forces. The combined-arms manoeuvre doctrine that we still largely adhere to to this day was first properly developed in this period, as well concepts such as Bewegungskrieg (manoeuvrist approach) and Auftragstaktik (mission command) which we are still fundamental to 21st Century doctrine. This work was done by thinkers and fighters such as Hans von Seeckt, Erwin Rommel and Heinz Guderian who spent their interwar years heavily involved in PME. In the 1930s Rommel wrote ‘Infantry Attacks’and Guderian wrote ‘Achtung – Panzer’, these important works changed how the Wehrmacht fought, it was their superior tactics and operational level planning that brought them such great initial success in WWII, and this can be traced back to time spent ‘doing PME’.

Whilst on the topic of dead Germans, no article on PME would be complete without a mention of Clausewitz, who wrote that war is complex, the province of reason and chance. Therefore, perhaps one could conclude that is it unreasonable to expect PME to result in battlefield success. But this is a prescriptive, doctrinaire reading of Clausewitz. Much in the same way that the value of planning is not in the plan but in the planning itself, PME is not an insurance policy against failure, but it helps to create the conditions for success, it help to create fighters who are also thinkers, who are able to adapt, to reassess and to improve, whether this be in a high intensity conflict against a peer plus enemy, or in a dusty Afghan village fighting an insurgents. The key to success is the same for all wars: break the enemy’s cohesion and will and to make the battlefield more dangerous for him than it is for us, this requires people who are able to think.

Thinkinghas never been so important. Modern warfare happens at lightning speed, effects are almost instant, information is unreliable or quickly out of date and the operating environment is a confusing grey, multi-dimensional space. On the modern battlefield, distinguishing friend from foe or white forces from green forces is increasingly difficult. Being able to seize the initiative and exploit the enemy’s weaknesses is harder than ever. The capacity for critical analysis and for reflection is therefore more important than ever. To be able to make an estimate of the situation, or to make searching questions of the organisation so that it may improve, to learn lessons and to take action to avoid repeating them in the future is a system of thinking that requires dedicated time and effort.

Leaders have to recognise that the world is changing, and that past experiences may no longer be relevant, or could be counterproductive. Leaders need to recognise what we don’t know now will shape the dynamics of future war. This could be AI, climate change, or inequality. Whatever it is, leaders have to be open minded and strategic thinkers, able to understand what is shaping current and future conflicts, as this will inform both operational planning and the tactical actions required to win. The 21stcentury is an age of both the strategic corporal and the tactical minister at the same time. Thus imaginative, open-minded, creative and strategic thinkers are required at all levels.

So what more can the Army do to ensure we are ‘doing PME’? For most Officers, PME starts at Faraday Hall (sort of, for most it is an excuse to get your head down away from the CSgts), and then is forgotten until ICSC. Like CLM is for soldiers, the courses in-between (JOTAC and CWC) are more tick box training than education. But should education be prescribed? If the pathway is mandated then there is, perhaps, little incentive to be innovative and venture from it. This to a degree is true, PME should be flexible enough to encourage diversity of thought, requiring both an informal and formal approach. Formally we already have RMAS and ICSC, but what about in-between? Perhaps the answer should be that Officers and NCOs should be made to complete certain assignments, of their choice, throughout the year, or to complete a certain course which they are interested in. There needs to be an incentive, the only one really available to the Army is to ensure that it is reported on and that promotion depends on its completion.

The point is that more needs to be done to get people to engage in PME, and the Army needs to know that they are doing it, because it is in the Army’s interests that they are.

What the Army can also do is greatly expand its External Placement (Academic) programme, much in the same way as the US Army has done 3. General David Petreaus has argued 4that attending a civilian graduate programme greatly broadens a soldier’s horizons. Petraeus believes that grad school was the making of him, it took him out of his intellectual comfort zone, whilst also taking him away from the grindstone, enabling him to ‘raise his sights’, to look up, have that condor moment and see beyond the range of his rifle. Petraeus argues that officers need to be ‘pentathlete leaders’, capable of ‘doing it all’. Grad school is the best place to learn communication skills (written and oral), critical thinking skills and to learn about other world views whilst having yours challenged by people who do not care about your rank or experience. Additionally, Petraeus points out that grad school delivered him a good dose of intellectual humility: civilians will happily take you down a peg and standards can be high. For Petraeus ‘grad school forces a person to redefine upwards one’s own internal standard of excellence’, and for that alone it is worth it.

In Iraq it was his soldier-scholar comrades that Petraeus famously turned to to tackle the complex problem he was presented with. His famous and much written about ‘brains trust’ should, however, not be a fad or a one off. Petraeus showed us a new template as to how we are to fight and lead in the future. Indeed, there were more PhDs in Petraeus’s inner circle in Baghdad than there were serving in the entire British Army at the time. This team not only helped develop a coherent and relevant COIN strategy, but also understood economics, law and Iraqi history, crucial to their mission success.

‘The future requires that we be competent warfighters. But we cannot be competent warfighters unless we are as intelligent and mentally tough as new are aggressive and physically rugged’ 5. In short, PME is vital to the future of the military, and therefore potentially also to the nation as well. It is our duty to ensure that we are capable of leading the military through the next major conflict, and this requires all our leaders to be able to learn and to adapt, at all levels – because no one can do learning for you.

The aim of PME is not to make every leader a professor on the side, but instead to make individuals more creative and less risk averse and to practice the skill of critical thought. Future wars will require leaders who are infinitely adaptable, who use doctrine as a guide and never a rule, and who are willing and daring enough to chuck it out of the window when it is not working, who are able to come up with their own solutions, able to repurpose weapons or technology and invent new ways of doing things quickly. Only those capable of critically analysing the situation are able to do this. Furthermore, PME should reach everyone, because we do not know who will be in the critical positionat the time when it matters. If it is someone who cannot analyse the situation, think their way through problems, or has a shallow depth of knowledge to draw upon, then the mission could fail and lives could be lost.

Petraeus is right, ‘the most important tool that any soldier carries is not his weapon, but his mind’ 6. Questioning the purpose of military education is akin to questioning the purpose of education period. Regardless of what it is that you do, education helps you do it better, and military education matters because it creates an aspiration to excellence. PME sharpens minds, makes us better leaders and is more likely to result in battlefield success. It is incumbent on us all to get involved.

Freddie has 5 years experience in a regular infantry battalion and held positions at platoon, company and battalion level.