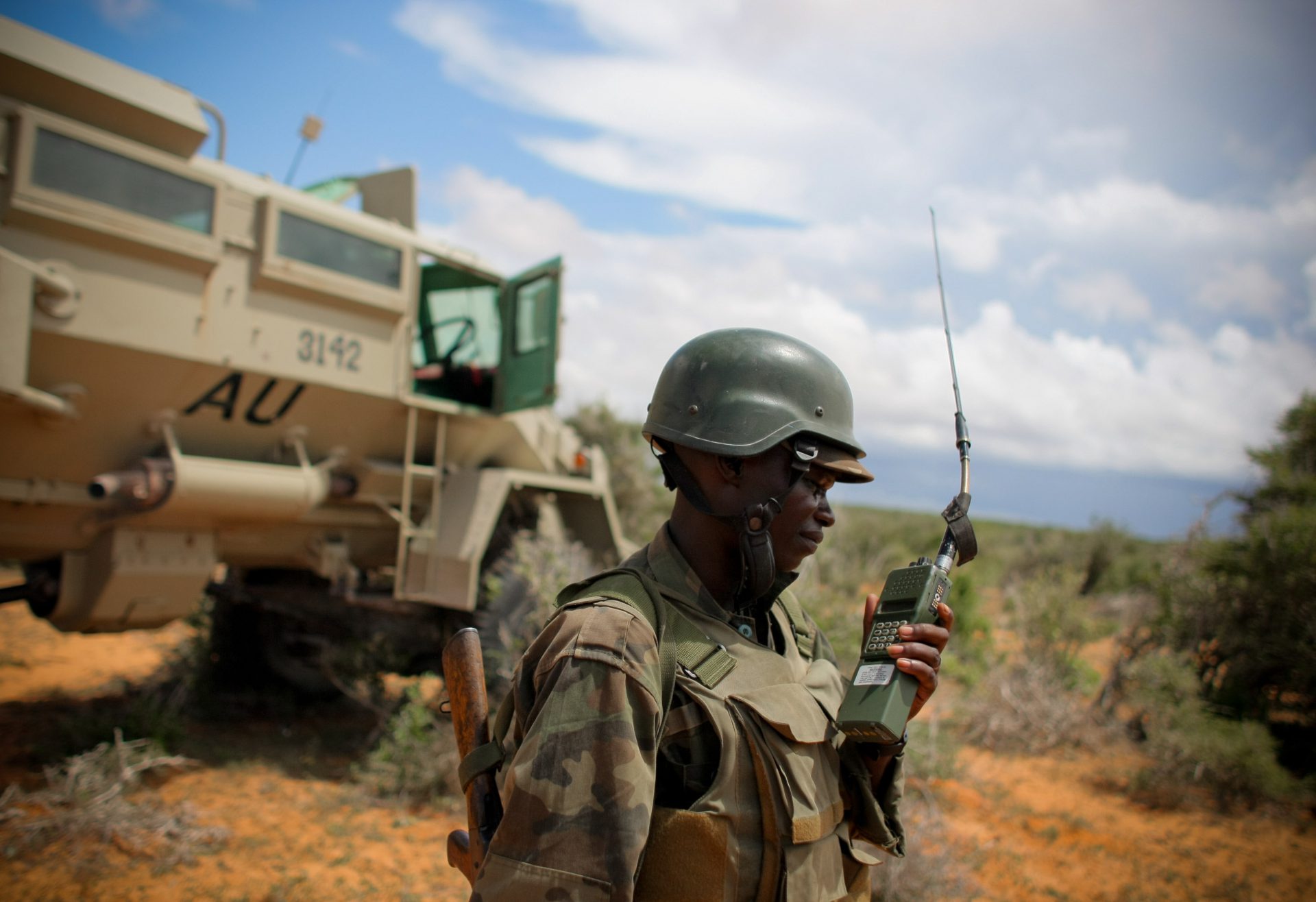 The African Union Mission in Somalia (AMISOM) is the organization’s longest, largest, most expensive and most deadly peace operation.  Deployed to Mogadishu in March 2007, its personnel have fought hard to try and bring peace to Somalia in the face of a deadly and resilient foe, al-Shabaab.

Since mid-2015, however, AMISOM and its partners in the Somali National Army (SNA) have launched very few offensive operations against al-Shabaab.  As a result, the frontlines of the war across south-central Somalia have remained largely constant with AMISOM and most SNA forces focused on consolidating their existing positions and securing their main supply routes.  The UN’s Panel of Experts on Somalia recently concluded that ‘Al-Shabaab maintains direct control or influence over vast swathes of the hinterland and is able to cut off main supply routes and effectively isolate AMISOM- and government-controlled pockets.’

Transitioning from the Transition Plan

In an attempt to break this stalemate, in early 2017, the Federal Government of Somalia adopted a new National Security Architecture, which was endorsed in the London Security Pact in May.  In practice, however, the National Security Architecture was not fully operationalized or implemented because of disagreements between the Federal Government and Somalia’s regional administrations.  Key sticking points included command and control arrangements for Somali armed forces, the division of financial responsibilities, as well as technical challenges such as completing biometric registration, salary payments, and coordinating multiple international training regimes.

In April 2018, the Federal Government released its Transition Plan, which included a pathway for the handover of security responsibilities from AMISOM to Somali security forces by 2021.

Some of the early goals of the Transition Plan were accomplished, including handing over several AMISOM facilities in Mogadishu to Somali forces such as the military academy and stadium.  The Transition Plan’s other stated operational priorities included securing the strategic town of Leego and the main supply route between Mogadishu and Baidoa. In February 2019, AMISOM commanders decided on their planned operational activities to support the Somali Transition Plan.

Since then, however, AMISOM and SNA forces have not stuck to those operational priorities.  First, between February and April 2019, AMISOM withdrew 1,000 Burundian troops in line with Security Council Resolution 2431.  Hence some SNA units to the northeast of Mogadishu were involved in the handover of some of the Burundian’s forward operating bases.

Second, disagreements emerged over how well the Transition Plan’s original pilot priorities were being implemented.  Senior AMISOM officials told the UN’s Panel of Experts on Somalia ‘that Federal Government forces “were not playing their part well” and had routinely failed to fill vacuums left by AMISOM, citing the strategic town of Leego, Bay region, as well as the lack of adequate holding forces by the Federal Government of Somalia to secure the main supply routes.’

Then, in April 2019, SNA and AMISOM forces, with some US assistance, embarked on a series of operations to capture a string of strategic villages in Lower Shabelle controlled by al-Shabaab. These settlements included Sabiid, Ceel-Saliini, Barire, and Aw Dheegle, all of which are within 50km of Mogadishu

Although unanticipated in the Somali Transition Plan, there were good reasons for conducting these new operations.  In particular, these settlements were being used by al-Shabaab as part of a transit corridor to funnel fighters and explosives into Mogadishu to launch attacks.  Al-Shabaab also used them as logistical hubs, took “wives” for their fighters, closed (and often destroyed) local schools and replaced them with madrassas, and established illegal road checkpoints to extort “tax” from traders and vehicle owners.  Some reports suggested these “taxes” were up to 30% of local harvest sales or demanding local boys as recruits; standard practices in al-Shabaab-controlled areas.

This was not the first time these settlements had seen war.  Take the case of Aw Dheegle. This small town was captured by al-Shabaab in 2013, then recovered from al-Shabaab in 2015 but subsequently abandoned by AMISOM and government forces.  In March 2016, al-Shabaab positions in the area were the subject of an assault led by SNA Danab commandos supported by US advisors.  Somali and AMISOM forces recovered the town again in mid-August 2019. This time it was al-Shabaab that launched a major counterattack on 14 August.  It involved three vehicle-borne improvised explosive devices, mortars and gunmen but was successfully repelled. Over the following two months, al-Shabaab launched at least another three attacks, each of which was repulsed.

What does this latest round of operations in Lower Shabelle reveal about the ongoing efforts to stabilize Somalia?  First, the positive developments. This was AMISOM’s first series of offensives in several years and represents a significant attempt to try and put al-Shabaab on the back foot in a strategically important area.  It is also a positive sign that several SNA units were involved in these operations beyond the Danab commandos, which for several years have been the only SNA units engaging in offensive operations beyond Mogadishu.  This reflects some progress in building the SNA.

The operations also displayed a sensible approach to strategic communications with AMISOM forces portrayed as taking a backseat role and Somali forces the lead.  Efforts were also made to engage community leaders from nearby towns and villages still under al-Shabaab control to get a sense of the situation and local feelings.

Innovative stabilization initiatives and quick impact projects are also apparent.  These have generally been provided by the Somali Ministry of Interior with support from the British Embassy in Mogadishu’s Early Recovery Initiatives.  One example is the settlement of Sabiid. Here, SNA and AMISOM forces quickly distributed UK-purchased food aid to families considered most at risk. Soon after the village was recovered, SNA patrols seemed to successfully deter al-Shabaab counterattacks, even at night.  Somali and AMISOM forces also reconstructed seventy dwellings that had been destroyed by an al-Shabaab car bombing in February 2019, installed solar streetlights, re-roofed and refurbished Sabiid’s main mosque (also damaged by the al-Shabaab car bomb), improved flood defences along banks of River Shabelle, constructed shallow wells, and deployed a mobile medical team.  These initiatives generated some positive local responses. One resident remarked, “We can’t believe the support the SNA and the FGS are providing…We feel that we weren’t alone anymore”

On the other hand, the Lower Shabelle operations reveal some familiar challenges to stabilizing Somalia that have frustrated delivering a real peace dividend to local populations.  One practical problem was the extent of the physical destruction of infrastructure left behind by al-Shabaab.  The militants would regularly destroy wells, medical facilities, bridges, as well as plant booby-traps. Dealing with the key local priorities such as rebuilding bridges or road repair, were thus time-consuming and expensive.

Security provision also remained difficult.  Some local populations highlighted their lingering fear of retribution by al-Shabaab.  In Sabiid, for example, locals feared an al-Shabaab attack might be possible at any time.  Moreover, some even blamed the presence of Somali and AMISOM forces for attracting further attacks.  Others welcomed these forces but wanted them to maintain a reasonable distance from the settlement, which made it more difficult to prevent al-Shabaab infiltration.  Such concerns intensified when al-Shabaab forces temporarily overran Ceel-Saliini a few weeks after it was recovered by Somali and AMISOM forces. Some locals were also skeptical that the Somali and AMISOM forces would commit to securing these towns for the long-term: would they be abandoned once more to face al-Shabaab retribution?

Another concern was al-Shabaab’s continued ability to infiltrate and target the local community who collaborated with the SNA and AMISOM.  This climate encouraged paranoia with some local men fearing that the Somali government troops might torture or kill them on suspicion of being al-Shabaab.

It is also worrying that al-Shabaab propaganda and indoctrination techniques have proved quite effective.  Shortly after the recovery of Aw Dheegle, for example, some youth expressed the sentiment that “al-Shabaab fight the government, not the community.”  This has significant implications for the Somali authorities in their efforts to bring genuine, long-term stability to such settlements.

These are familiar challenges in the history of AMISOM, particularly the period between 2012 and 2015 when the mission conducted its first series of expansion and stabilization operations across south-central Somalia.  Arguably the main difference in these recent attempts at stabilization 2.0 is neither AMISOM nor al-Shabaab, but the greater role played by Somali forces and governing authorities.  In that sense, the Lower Shabelle operations stand as an important barometer of whether the Somali Federal Government and its partners really can bring stability to such towns and villages without ending the war.

Cover photo: A field commander serving with the African Union Mission in Somalia (AMISOM) walks in front of an armoured personnel carrier 22 May 2012, during a joint AMISOM and Somali National Army (SNA) operation to seize and liberate territory from the Al-Qaeda-affiliated extremist group Al Shabaab. AMISOM Force Commander Lt. Gen Andrew Guti announced 22 May the beginning of ‘Operation Free Shabelle’ aimed at bringing security and economic revival to the estimated 400,000 people of the Afgoye Corridor and beyond in the Lower Shabelle region of Somalia, located to the south and west of the country’s capital Mogadishu. AU-UN IST PHOTO / STUART PRICE. Link to original. 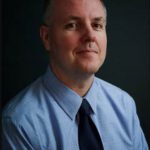 Paul D. Williams is Professor of International Affairs at the George Washington University. His latest book is Fighting for Peace in Somalia (Oxford University Press, 2018). He Tweets @PDWilliamsGWU