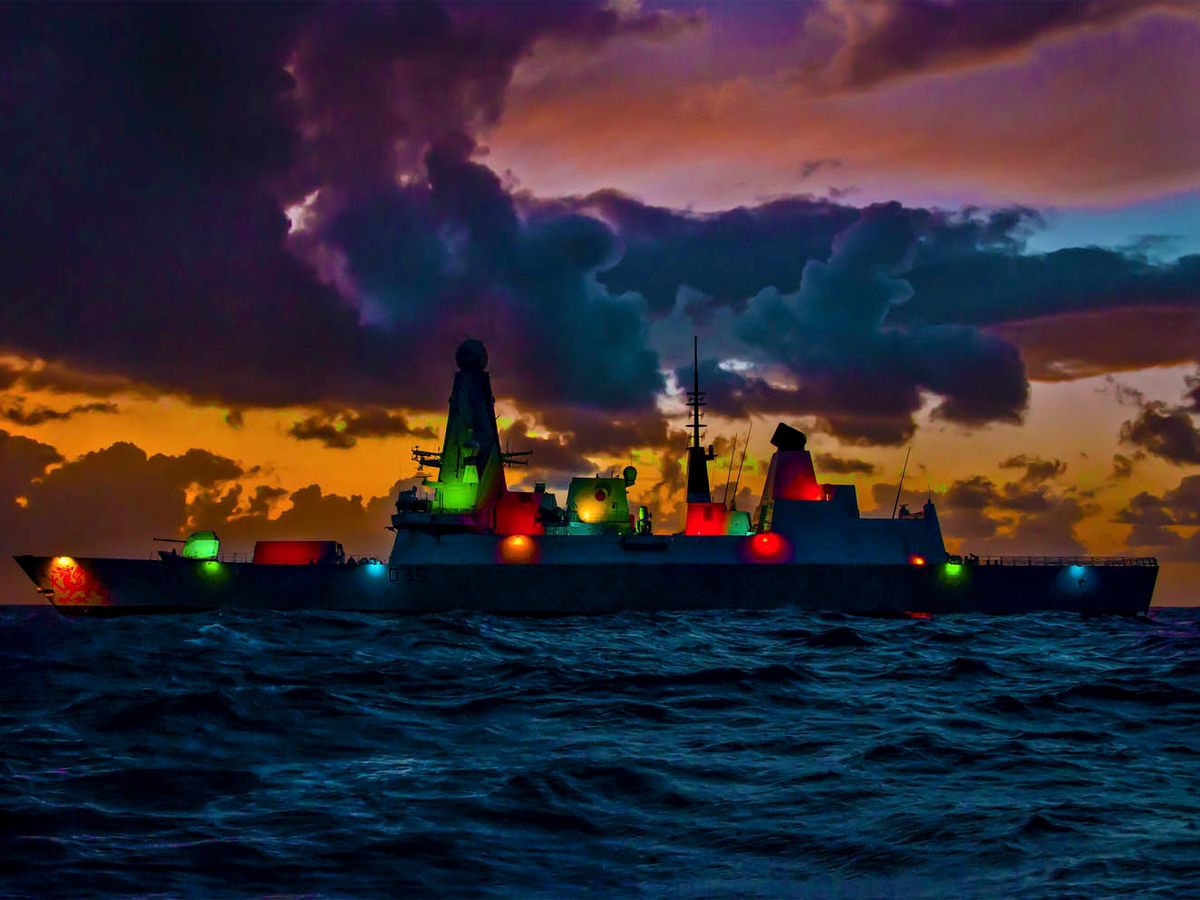 A week is a long time in politics (and goodness me, of late an hour or two of House of Commons shenanigans feels like a lifetime…). As we lurch from Deal, to No Deal, election blocked to Christmas polling, it seems therefore wholly appropriate to take a step back and reflect upon a less ostentatious milestone: the first anniversary of the maritime element of The Wavell Room.

For most naval officers their attendance on Intermediate Command and Staff Course (Maritime) is the first time they really get the chance to think deeply about their job – outside of the day-to-day grind of ship driving, tech fixing or sausage counting.  Shrivenham provides students with a judgement-free opportunity to explore ideas, pick apart ‘sacred cows’ and challenge aspects of the Naval Service that we all play a part in delivering during the next stage of our careers. On completion however, there was nowhere easily accessible to go to keep that spark of constructive challenge going – other than the Wardroom bar!

There was clearly a gap in the crowded internet market for a 21st Century equivalent of The Naval Review’s correspondence pages. High quality naval blogging was already out there – such as The Thin Pinstriped Line (@pinstripedline) or Fighting Sailor (@fightingsailor) – but these rely on talented individuals regularly (and quickly!) churning out topical content. Where could the amateur scribblers and single-issue champions find a haven?

Fortunately, The Wavell Room leadership was in the process of trying (like much of Defence in general) to Be More Joint – and the rest, as they say, is history! It has been quite a year:

– Submissions from leading academics such as (@JamesBosbotinis and Dr James Taylor)

– Articles written by every rank from Sub Lt to Rear Admiral (the incomparable @GoldrickJames – a former head of the Royal Australian Defence Force Academy).

– Website views and social media reach with more ‘00’s on the end than a 3*s payslip…!

If you haven’t yet stumbled across them, or are new to the Wavell Room, here are my five of my favourite pieces. It was a difficult choice – feel free to disagree in the comments section!

First up, it is one of our very first article. Is It Time To Stop Celebrating Trafalgar? was released on Traf Night 2018 and it set the stall out early: nothing off limits for debate and some very articulate reasoning as to why ‘the Immortal Memory’ should be quietly retired. It was a suitably close fight between this piece and the article that tackled the thorny issue of whether First Sea Lord should remain the sole preserve of the Warfare Officer fraternity.

Next is a wonderfully frank assessment of The Changing Face of A 21st Century Divisional Officer. This one makes the cut because it gets right to the heart of one of the most important, but often neglected aspects of naval life. People, we are constantly told, are our greatest asset – but it rarely feels that way. A Divisional Officer (whether a PO or a grizzled CDR) who devotes time to their people is worth their weight in gold. In a time of turbulence and change, the qualities of compassion, dedication and investment in others will make a real difference in the war against Voluntary Outflow. It hit the mark so successfully, that it is now on the reading list for ICSC(M).

Keeping with a people-centric theme is a hard-hitting and very raw discussion on mental health. What Shall We Do With The Broken Sailor struck a chord with many of our readership. For the author, it was a cathartic experience on their journey towards overcoming their problem – but even he was surprised by the number of colleagues with whom it resonated. The Royal Navy may not be deeply involved in hand-to-hand combat but there are still operations out there that cause mental trauma, such as prolonged humanitarian and disaster relief. That’s before factoring in high pressure environments that trigger anxiety, or even the ‘mundane’ worries of health, finances, relationships, etc.

Some Maritime Lessons From The Yemen Conflict was the first submission to really tap in to the wealth of operational experience out in the Fleet. At a time of rising tension in the region and the threat of an up-swing in the number of RN units deployed to the area, this first hand look at the deeper context behind the Yemen conflict, coupled with some very practical maritime warfare suggestions, really encapsulated how much value can be added to our professional lives by the ability to access free, widely available peer-submitted content.

Finally, the most successful article to date. If you haven’t yet read Mayday In Magellan: Leadership Lessons On Flooded HMS ENDURANCE, you are missing out. It is a gripping account by the Officer in Command at the time, Cdr Tom Sharpe OBE RN (Ret’d) (@pwo134). It is the nightmare scenario of every professional mariner – no power, the most inhospitable climate imaginable and a rapidly sinking ship. It has everything – drama, raw bravery, leadership at all levels and a narrative that could come straight out of a Hollywood blockbuster!

You are only ever as good as your last O/SJAR – or in our case, article.

As the smallest of the three Services, we know our pool is the shallowest. Fortunately, we also have some of the most engaging, imaginative and lucid writers around – and the Wavell Room team is on hand to help first timers every step of the way. Most of the articles submitted so far have been by individuals who had never put pen to paper in this way before. But each of them had a passion – something inside them that they wanted to share amongst colleagues. Or, just get something off their chest!

The future is exciting, with potential links to Royal Navy branches as a way of publishing a selection of their annual essay writing competitions, live events and forums, and increased interaction with the various Staff and Leadership courses.

Another exciting development in the very near future is a partnering with @QuarterdeckTalks – a series of regular gatherings to discuss topics of maritime interest, be it historic, cultural or simply interesting people talking about their interesting work! These will be recorded and published on The Wavell Room so that they are accessible to those of us outside of the Portsmouth area. We are hoping to get the first one up by the end of November, so watch this space!

THIS IS NOT JUST AN OFFICER SPORT!!!

The core of the site will remain focused on innovative and passionate people putting their thoughts into words and I cannot emphasize enough that ideas come from all quarters: some of the best and most questioning minds that I have come across have been from below decks. Just remember – you are all leaders too. You have a vested interest in the Royal Navy and how it works, so why not help shape it’s future by influencing those who make the decisions?

So, next time you are setting the world or the Navy to rights in the Wardroom, Senior Rates Mess or merely whilst whiling away the hours during the Middle watch, why not take the next step and consider joining our Band of Bloggers? (okay, even I feel a little sick at that horrendous crime against punnery…). The Wavell Room has a host of keen volunteer editors who will guide you through the process, from first title ideas right through to finished article. If you are still unsure, why not drop the team a line? Or DM/tweet me direct for a no obligation chat @RoyalNavyHub – although unlike the infamous Sun Life Over 50 Plan there is no free Parker pen on offer!