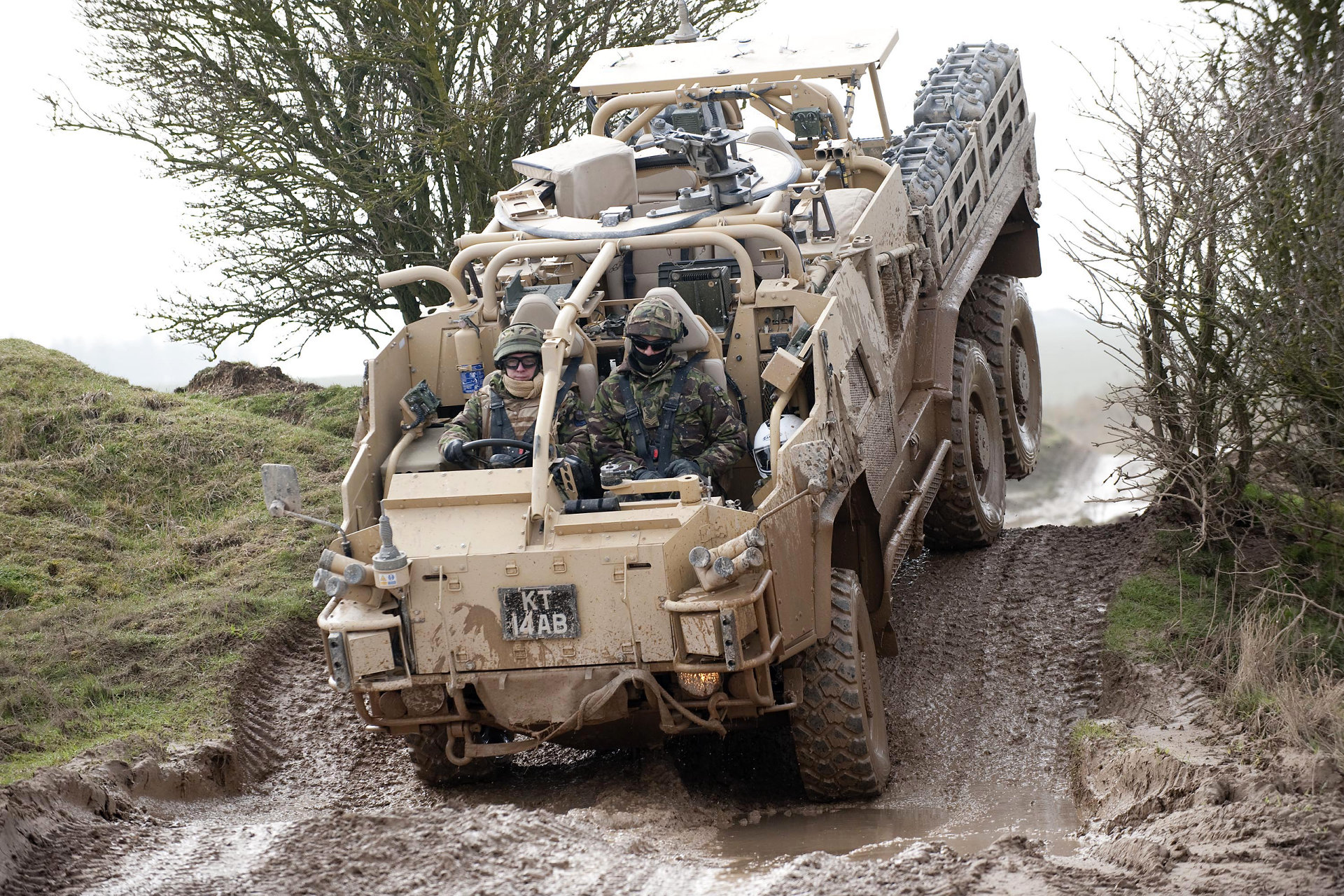 The phrase ‘light brigade’ generates mixed responses.  For most it is instinctively preceded by ‘The Charge of the’ leading to ruminations about blundering senior officers, the value of light forces in war, and the pitfalls of poorly construed orders and communication.  This in addition to the rightful veneration of the valour of those who charged the Russian guns at the Battle of Balaklava.  Infamy made famous by Alfred Lord Tennyson’s poem.  It can be difficult to see beyond the ‘valley of death’ to envisage the scenarios in which light brigades might operate.  The British Army currently has three deployable light brigades and this article grapples with some of the challenges around their potential deployment.

During the Crimean War of 1853-56 Lord Cardigan’s Light Brigade was a light cavalry force.  Mounted on unarmoured, and therefore light and fast horses, it was optimised for mobility and speed and response.  The soldiers were armed with lances and sabres and conducted reconnaissance and skirmishing actions.  But, and as was their intended use at Balaklava, they could exploit opportunities to cut down infantry and artillery units in retreat once the shock action of the Heavy Cavalry Brigade had set the conditions.

The modern British Army’s light brigade is a mixed light cavalry and infantry force.  Mounted on lightly armoured vehicles, or dismounted, it is optimised for mobility and speed.  The soldiers are armed with heavy weapons, mortars, and anti-tank weapons.  They are capable of conducting tactical actions across the mosaic of conflict.  They can exploit opportunities against near-peer threats as part of a combined arms force if resourced and once conditions have been set.  Lighter than strike brigades and are not dependent upon significant equipment programme capital, complex integration, and fractious fielding. Light brigades are also less aligned to conventional warfighting and offer different capabilities.

A significant change from the past is that modern brigades are now combined arms.  This is an essential element at the heart of the British Army’s current way of war.  Led by form rather than by function, however, modern light brigades include light infantry battalions which do not currently have protected mobility vehicles.  That fatally undermines the brigade’s unique selling point – mobility and speed of response – and generates a dependency for ‘lift’ on other parts of the force.  It also introduces a gearing issue between mounted and dismounted forces that stymies manoeuvre.  At the same time concerns about the vulnerability of light forces to heavy weapons and artillery, have driven us away from considering their utility at formation level and led us to penny-packet their deployments.  These factors  make the light brigade in, its current guise, difficult to fight except in complex, frequently urban, terrain.

Episodic warfighting, as the Army’s Integrated Review proposition outlines, should be less of a force driver than it previously has been.  Replaced with the ‘organising principle of modern deterrence’, the Army sees an increased demand for integrated combat teams based around capability groups.  The recently published Integrated Operating Concept also looks for more options to ‘engage’ with populations with land environments and ‘constrain’ opponents.  Light cavalry, primarily in Jackal, and light mechanised infantry, currently mounted in Foxhound, sit within the light mobility capability group.

But it will be necessary to convert more light infantry battalions (with no lift) to light mechanised infantry to address the issues of mobility and speed of response to generate a coherent capability.  Such a change will take time and resource.  But doing it would give the existing light brigades four manoeuvre units and a renewed tactical purpose; a light cavalry regiment operating as a cover force and grouped with sensors can then cue actions for the light mechanised infantry units.  This makes a potent capability offering ‘most of the solutions, to most of the problems, most of the time’ according to Major General Colin Weir, a former Commander of 1st(UK) Division.

The Army’s integrated review proposition makes a strong pitch for ‘Smarter, lighter, more agile and deployable force packages’ to ‘Constrain’.  Light forces, if on wheels, tick three of the boxes.  But they are not yet ‘smart’.  Investment is one solution, but this comes at opportunity cost elsewhere.  Task organisation, the other.  Add layers of capability – intelligence, electromagnetic, cyber, precision fires, non-kinetic effects etc – to the light force and you tick all four.  That’s both an economic and an economy of force approach.  The Army is beginning to employ this task organised approach on its current deployment to Mali, Op NEWCOMBE.1  But that’s also going to necessitate the delicate reversal of Army 2020 (by all means give it a new project name if it helps) to regenerate enablers and the force multipliers of fires, intelligence, and non-kinetic effects.  It is these capabilities, augmenting the manoeuvre units, that will be essential to the ‘power of combinations’ the proposition touts.  Do that and you have a credible force package that can get somewhere quickly enough to ‘constrain’ or shape the theatre ahead of others as that constraint gives way to warfighting.  And you also stand a chance of sustaining it.

Thinking more laterally, a light mobility capability group – and especially the light cavalry therein – could act as a bearer for other sensors and effectors2 as part of mesh network within an area of intelligence interest (AOII).  As a force that can (with the provision of light protected mobility to light infantry units) self-deploy rapidly and operate at reach, it is ideally suited to manoeuvring, placing and protecting sensors and effectors, both manned and unmanned, some potentially drawn from partners across government.  There are clear benefits to the Army in being able to sell land environment contribution to Strategic Command led multi-domain integration.  Op NEWCOMBE – and it is of note that light cavalry and light mechanised infantry will operate together – provides opportunities to test this thesis further.  Resourced and enabled, the light brigade might just be the bridge between ground and information manoeuvre.

The proposition also advertises a requirement to put ‘soft power into hard places’ to ‘Engage’.  Whilst this will be taken as a nod to special purpose infantry battalions it is also a conceptual space that light forces will occupy.  If one of the light brigade’s current strengths is its dismounted mass it would be odd if we didn’t employ it as a force optimised to engage with people.  That might be uniformed personnel, following a model of Train, Assist, Advise and Mentor, or civilians on whom our actions depend and are ultimately for (‘the prize’).  And of course, 1st (UK) Division and its light brigades have been doing just that for several years with considerable success, including in some ‘hard places’.  Moving beyond stuttering deployments of short-term training teams to a more a strategic partnered approach at sub unit and unit level would be a welcome development.  Again, making a virtue of its dismounted mass, the light brigade is well suited.

Don’t write light out of warfighting, you might just need it

To be clear, I’m not advocating that light brigades go toe-to-toe with armoured forces in open terrain.  That would be as nonsensical and murderous as Lord Raglan’s order ‘Cavalry to advance rapidly to the front’.  Tanks have an enduring utility for shock action and protection – setting the conditions for others –  but let’s also be honest about their limits too.    Light brigades will play a role in future warfare.  Here’s why:

And then let’s imagine the force is sub-peer and we chose to not commit heavy brigades, or they can’t get there in time (speed of relevance isn’t just an idiom for technological advancement).  So now we’re delaying prior to seizing the initiative.  The light brigade becomes a covering force seeking to shape an adversary towards complex terrain where it is optimised to fight.  It’s a match for ‘technicals’ and has 48 Javelin as well as 3 mortar lines.  But yes, it’s light on fires and would require close air support or attack aviation.  Or, at the very least, more guns than currently allocated and precision fires.  And then, on the offensive, it would make a virtue of its mobility and speed to generate depth, tempo and coverage, enveloping adversaries and cueing air-delivered fires.   Aviation manoeuvre would also be a useful addition here.  Think Op SERVAL (the initial French intervention into Mali) and you’re in the conceptual ballpark.

Light forces are usable…they should be used

Light forces are usable.  In fact, they’re being heavily used on operations now and more than their medium, heavier or airborne siblings.  But they have suffered from systemic disinvestment, conceptually and in capability terms, as the Army has sought to make the ‘least worst’ decision in perennially straitened times.  Like the light horses of their forbears, the Army has allowed them to be, in places, unarmoured.  And we’ve failed to understand what they are optimised for.  But, with the Army’s integrated review proposition comes an opportunity to redress the balance.  After all, if the proposition’s logic flow holds water, the future’s bright, the future’s Light. 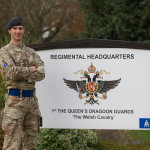 Lieutenant Colonel Hugo Lloyd commands 1st The Queen’s Dragoon Guards.  With experience of warfighting and counter-insurgency operations in Iraq and Afghanistan he is currently deployed on his first United Nations peacekeeping mission.  He commands the UK’s third rotation of the Long Range Reconnaissance Group to Mali on Operation Newcombe.