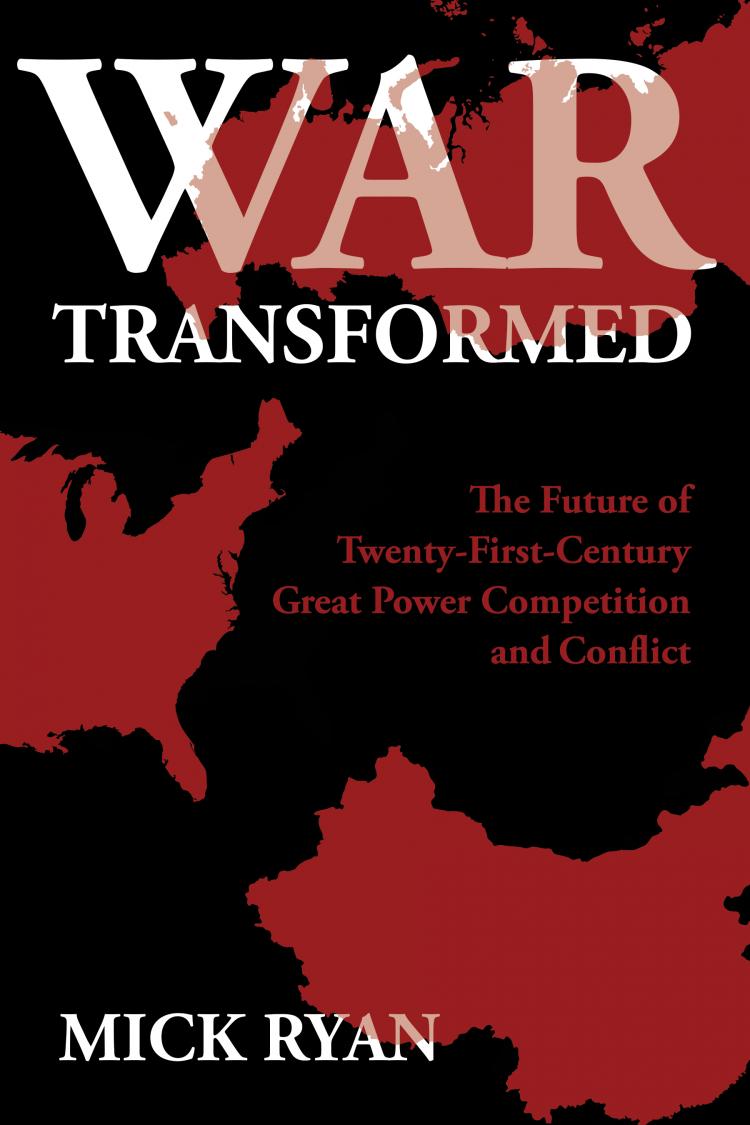 In War Transformed, Australian Major General Mick Ryan asks how militaries should adapt to the themes and trends likely to transform warfare.  The book is extensive and covers a lot of ground.  The chapters are focused on establishing a narrative of military change, forecasting what this means for future wars, military effectiveness, and people. 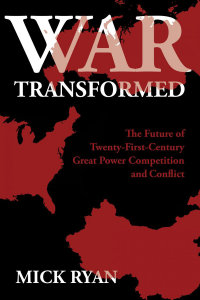 We were impressed with War Transformed; despite its academic content it was highly readable (we finished it in two sittings).  Throughout Ryan poses interesting questions, leading readers to form their own answers.

Nevertheless, we had some reservations about Ryan’s lack of solutions.  In many ways, War Transformed represents the median argument; it exhaustively lists everything without really committing to anything.  This is an unfair critique, and one which Ryan engages with in the introduction, but we were left wanting more of the second order deductions which a writer of his experience could have offered.  At times, the lack of answers made War Transformed feel like an extended literature review, rather than a new and cutting text.

Ryan’s response to that challenge would probably be along the lines of militaries need to ask more questions and that no one has the right answers.   In asking for accurate answers we ignore the inherent complexity of our profession.  In his review of the book, Frank Hoffman says it helps a reader “gain a keen sense of how the old and new in human conflict will impact the profession of arms”.  We agree, and it was only once we finished War Transformed that we realised the genius of the book.

War Transformed identifies six interlinked themes that will determine how to respond to the changing character of war.  Ryan’s mastery of the literature means they are well embedded in military scholarship.  Readers will recognise many of the core texts referenced; you are likely to enjoy the contrast created by their wide scope and non western sources used.

The first theme, that war will remain a human preoccupation, feels the most important.  Ryan concludes “fear, honor, interests” (we can forgive American spelling from our Australian brethren) will remain the fundamental ingredients for conflict.  Military power must always align to political interest.  This seems simple, but there are many examples of where it has not aligned as neatly as we may believe.

This chimes with his second theme: that military power is not just about the military.  We thought that Ryan had potentially ‘drunk the kool aid’ with this point.  War Transformed presents concepts such as the UK Integrated Operating Concept and the US Multidomain Battle as the logical continuation of the themes driving warfare.  The debate is out and such points arguably aren’t as new as he suggests.  Ryan doesn’t really conclude if the military is driving these concepts or they are being driven by necessity and the limited utility of military force.  War Transformed contrasts these doctrines with Chinese and Russian perspectives that simply see warfare differently, questioning if joint, multi-domain operations that compete below the threshold of war are effective.  We enjoyed Ryan’s challenge to parts of the Western military establishment that seem to have forgotten the need to actually think about our opponents.

Adaptable at all levels

His third theme, that military institutions will need to be adaptable at all levels, will also ring true to many readers.  Drawing from his earlier chapters, Ryan charts how despite an accelerating rate of new technology, the people who win are those who align it to concepts and ideas.  One of the ideas he presents is the need for more dispersal, a point with many western readers would agree with.  One of the examples Ryan uses to evidence this is Russian battalion tactical groups which have “proven to be highly resilient and quite deadly”.  This has probably now been disproven by  Russia’s 2022 invasion of Ukraine, suggesting an element of confirmation bias in War Transformed and wider Western thinking.1

This merges into his fourth deduction, that ethics will be a key part of future human-machine teamed decision making.  Ryan is open minded about the disruptive effect that technology such as artificial intelligence will have on warfare; “existing career models, promotion pathways, command and control, and risk management must all be transformed”.

His final two deductions concern people.  That people are at the heart of military advantage, and we must understand how others see war and competition in order to be successful.  Throughout War Transformed Ryan is keen to highlight differences between the Western, Russian and Chinese views of warfare.  It is in this exploration that Ryan forces the western  reader to think outside of their comfort zone, and where Ryan’s mastery of the literature really comes to the forefront.

Arguably, Ryan could have gone further and used less Western literature and included more non-Western references.  Despite looking beyond Western thinking, there is certainly a case that War Transformed retains a Western bias.  Professor Patrick Porter argues that historically Western thinkers have looked down on other cultures.  Writ large, however, we don’t believe this is the case for War Transformed.  In contrast to a US or UK writer, it was refreshing to read an analysis shaped by different security perspectives, particularly one from down under.

The single most important argument that Ryan puts forward is the central importance of people in warfare: “With few exceptions, most historical game changers in the military profession have been cognitive, not physical”.  This is not a surprising conclusion given Ryan’s position as the Commander of the Australian Defence College, and his personal passion for military education.

War Transformed sets out Ryan’s ideas for how military professionals should be educated and why it’s important.  Most interesting for us is his focus on the role of informal education and personal study.  Informal learning is not a new thing, but the internet and sites such as War on the Rocks have made this more accessible (he doesn’t mention the Wavell Room…so he lost a mark).  Ryan’s is one of the first books we’ve seen which give these sites importance as one part of the wider ecosystem of military education.

War Transformed is a compelling narrative of warfare written by a credible voice in an accessible way.  Its strength is how well grounded it is in military academia.  It draws together the common themes with less well understood concepts to help readers understand where warfare has been and where it may go in the future.

We highly recommend War Transformed.  Our reservations centre around the lack of answers, which are usually to be found in other similar texts.  But in looking for firmer conclusions we are falling into the fundamental problem that Ryan identifies; the need to actually understand and think about warfare.