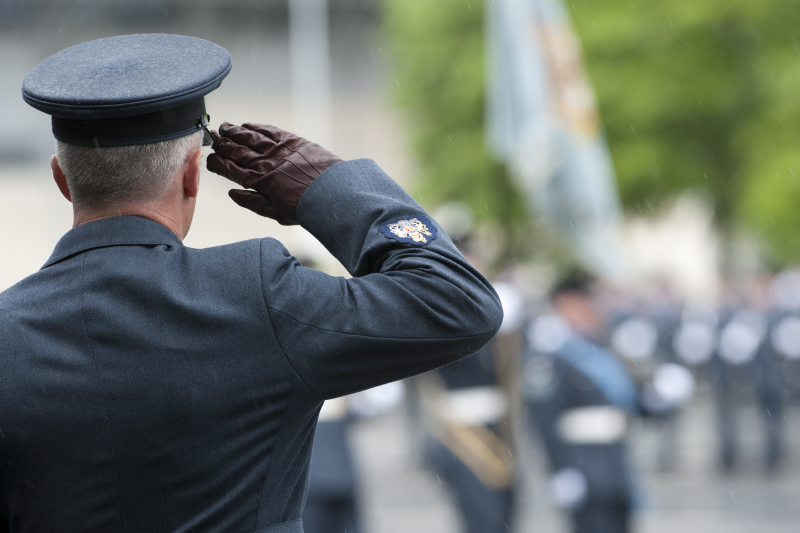 According to the latest UK Armed Forces Biannual Diversity Statistics, the overall percentage of BAME servicemen and women across all services stands at 7.6%, a shortfall of 2.4% against the UK government’s 2020 target. Despite this, there are some positives. Overall recruitment has increased across all 3 services. The proportion of recruitment to wastage – those entering vs those leaving has swung in favour of recruitment. And this is happening while the services navigate through a number of challenges both internal and external e.g. contracted recruitment issues, finances, reduction in service numbers and a general perception of hostility towards those within the BAME community from UK government at large1.

Indeed, from an RAF perspective, further analysis of the figures show the remarkably stable population percentage – 2.1% as an average for the last 7 years2 But I have to point out the obvious: only 2.1% of all RAF service personnel identify according to census categories as BAME. In real terms, out of a recorded force of 32,960 personnel, only 770 are BAME – that’s one in every 43 pers.  For a service that prides itself as reflective of the nation it serves, those numbers are damning considering the advantages the RAF offers, such as stability of posting cycles, technical skills that are easily transferable to civvie street, maintenance of links to civil society etc. The figures are starker still when you consider the breakdown of that percentage across rank ranges. It’s no secret that UK Armed forces has very few senior officers with BAME backgrounds. Within the RAF, 30 personnel out of 1370 Wg Cdr’s and above are from BAME backgrounds. The figures are worse for other ranks. Only 110 out of 8030 Sergeants and above are from BAME backgrounds (1.4% of the population set), and 490 out of 17, 030 for Cpls and below. Any other public institution would be pilloried in the press and there would be demands for an enquiry. Thankfully, the RAF isn’t seen as much of a media target as the Army is (and we still get confused with the Army so there is safety in low numbers). Air Chief Marshal Sir Stuart Peach once commented that the first female defence chief will be from the RAF; he should have added that the first BAME chief will not be from the RAF if these numbers remain constant.

This pattern is replicated in wider society. The usual culprit is a perception of unconscious bias, which can and does influence recruitment, promotion and performance management3 despite more awareness of, and mitigation for it. People naturally subconsciously categorise others based on an internal value system to avoid having to make new assessments for each new person they meet e.g. the rugby player, the nerd etc. Those we attach positive values to, usually based on shared experiences and/or recognised ‘culture’, we tend to treat more favorably. With so little actual BAME engagement from an institutional point of view and/or identifiable role modeling, it’s a perception that’s challenging to fight against. Where are those BAME service members that a recruit can identify and use as a model? Where are those BAME service members that show the wider BAME community that there is a place for them where their contributions for this country’s defence will be valued?

The RAF is trying to solve this problem as part of its wider recruitment and engagement effort. The RAF BAME Network does some excellent work highlighting the contributions of both its members and the wider RAF to the general public. However, it’s unclear if this work directly contributes to recruitment of BAME personnel. The RAF’s wider recruitment and engagement apparatus – air cadets, University Air Sqns, media campaigns are all helping to keep the inflow stable and sufficient. But this creates an issue for the future: how will the RAF attract the 21st century recruit who will not look, sound, speak or think like the 20th century one. At this point some will say ‘Why create a problem when bums are still getting on seats?’ Firstly, the UK’s BAME population is set to increase in both real terms and as a percentage of the population in the near future. And secondly, like any modern employer, the RAF wants the most suitable candidates regardless of colour and creed. While we know how many have been accepted into the system, there is a lack of readily available data regarding how many potential BAME recruits have expressed an interest and which branch/trades have they applied for. It’s pretty hard to attract talent from a recruiting pool you’ve dismissed or paid lip service to in the past, and which now perceives the RAF as indifferent or outright hostile4.

Long term, the RAF needs to improve BAME promotion outcomes, which means improving BAME recruitment rates to the branches and trades that provide the majority of its executive/command base: aircrew, engineering, personnel and logistics. The more talent there is in the system, the more likely it is to rise to the top. It’s a simple metric that’s been proven time and time again. But how do we improve those recruitment rates? I mentioned it earlier – pull. We are very good at snazzy media campaigns or putting out Sunday night specials about Spitfires. The problem with these campaigns is that we’re communicating with an already captured audience. What about those on YouTube not watching the next BBC special featuring the McGregors? The RAF relies on its BAME personnel to sell itself to BAME communities but that population is only a few hundred strong, has day jobs and is usually as busy as everyone else. Recruitment and retention is a whole force task, and the RAF needs to box clever. If that means taking an active role in inner city mentoring, so be it. If that means deliberately putting BAME personnel in high visibility roles for the sole reason of combating the perception the RAF is not welcoming place for BAME recruits, then let’s do that. If that means taking BAME school kids from Moss Side on a hosted tour of RAF Coningsby or RAF Odiham, and put them in Typhoon or Chinook to generate that aspiration, then let’s do it.

Of course this might lead to the usual charges of tokenism and political correctness or that the RAF is a merit-based organisation, not a sociology experiment that needs positive discrimination to achieve government targets. Jo has already made the case for more not less diversity in the Army, an argument which translates well into the RAF. Furthermore, it becomes a bit harder to fight off the charge of institutional bias if your national based workforce clearly doesn’t mirror the society you claim to represent. I might also add, that with Brexit, the need for a diverse work force becomes important for the very same reason I articulated in this article’s third paragraph – unconscious bias. Having service personnel with the same shared/similar experiences and culture as in countries of which we may be operating in can pay long term positive divide ends and diffuses the usual complaint of neo-colonialism/’white mans burden’. This can all be done without reducing input standards and altering the fundamental nature of the RAF as a technical service. Yes, it is cynical but the RAF should not be afraid to embrace change and the utility that change brings, especially if it’s of a positive nature to the defence of the UK.

‘X’ has served in a variety of single, joint service and coalition roles (including NATO staff) at home and away. Has a keen interest in personnel management, strategic planning and ‘beyond horizon’ issues.