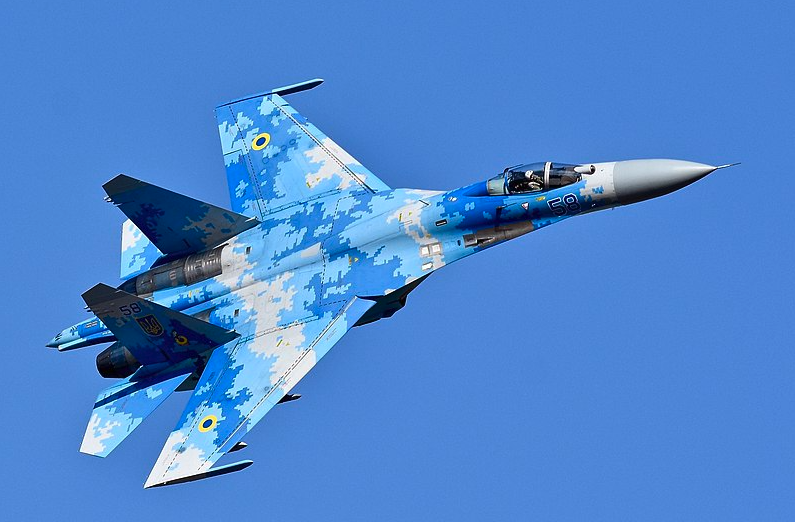 Ukraine’s Air Force is destroying more Russian aircraft than they are losing, but the kill ratio is unsustainable.  Ukraine’s air force is outnumbered ten-to-one and they have already lost one third of their strength.  Either Ukraine needs fighter aircraft, in which case the requirement to get aircraft to them, and just as crucially to start training their personnel to operate and maintain those aircraft, can’t wait.  Or it doesn’t – because cheaper surface-to-air-systems and drones are enough, because it would take too long to train pilots to fly modern jets, or because aircraft losses to Russian surface-to-air systems would make the deployment of modern jets uneconomic – perhaps begging questions on the cost effectiveness of current NATO air forces.  Which is it?

The air war in Ukraine

Three months later, Russia has reportedly lost more than one hundred and twenty aircraft against a loss of less than fifty for Ukraine.  Professor Phillips Payson O’Brien and Air Marshal Edward Stringer describe how remarkably effective Ukraine’s Air Force and Air Defences have proven using a combination of cheap hand-held weapons and the S300 and other surface-to-air missile systems to deter Russia’s (on paper) 4000 strong air force.  They describe the effectiveness of the Ukrainian Air Force as, in the jargon a ‘force in being’, showing how by merely surviving, Ukraine’s air force has influenced Russian air operations, as Russian pilots fear they might be targeted and exercise greater caution, more haste.

The Ukrainians have been so effective, that the Wall Street Journal has recently detailed how they are able to move Western arms through the country as its air defences deter Russian warplanes from operating over large areas of Ukraine.  Now Russia is depleting its stockpile of expensive cruise missiles for long range strikes in Ukraine, but these are invariably launched at static targets.  Ukraine’s air defences denying the Russians the timely, airborne intelligence needed to target mobile logistics convoys.  This perhaps goes some way to explaining the huge disparity in Russian vs Ukrainian logistics losses. 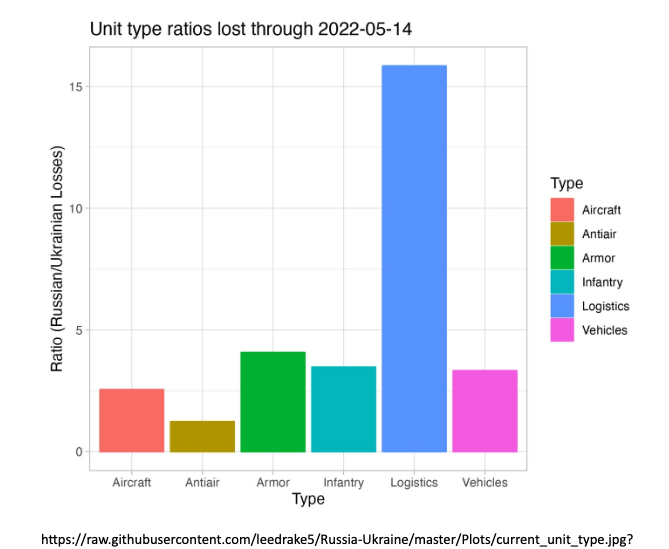 This same success has even allowed Ukraine’s Air Force to return to the offensive, with Su-25 ground attack aircraft carrying out close air support in the East and Su-27s conducting strikes on the famous Snake Island in recent days.

Given Ukraine’s effectiveness in the air war, and the pressure it is under, many have called for NATO nations to supply Ukraine with more fighter aircraft.  Multiple types have been suggested including F-18s, MiG-29s, and Saab’s Gripens.  The Ukrainian Air Force has directly appealed for F-15s and F-16s.  The appeals for MiG-29s have received support from the Polish Government, and those for American jets brought a bipartisan appeal by US Congressmen for the US to supply them.  Why haven’t these calls been heeded?

It is unclear how much of a difference Ukraine’s Air Force is making.  It might be inferred that the ‘force in being’ matters in the ways described, but it hasn’t been proven.  We may not know how decisive the Ukrainian Air Force has been until long after the war is over, and Russian pilots and commanders can be interviewed and classified intelligence reviewed.  While the Ukrainian Air Force claims their jets have shot down a number of Russian aircraft, there are no confirmed air-to-air kills in the conflict.  There is, however, no dispute that man-portable air defence systems – Stingers and Starstreaks – and larger surface to air missiles – such as Ukrainian and Slovak S300s – have shot down the vast majority of Russian aircraft, and done the most to deter their operations.

While there might not be direct evidence (at least publicly) for the ability of Ukraine’s jets to shape the battle in the air, logic, Western doctrine and historical evidence all support the claim.

For example, in Vietnam, North Korean MiG’s actively avoided air-to-air combat, aiming just to disrupt US strike aircraft to protect cities and strategic sites.  Royal Air Force Air Power doctrine tells us that ‘Control of the air is a relative condition and depends on the available resources and risk that a commander is prepared to accept’.  An important element of control of the air are Defensive counter air missions which ‘are generally reactive in nature and seek to nullify or reduce the effectiveness of enemy air and missile threats, through active or passive measures’.  This is what Ukraine’s air force seeks to do, and why it wants more jets.  And yet when reflected back at us we find our own arguments wanting.

There are two more arguments against supplying Ukraine with fast jets: the war in Ukraine will end quickly, so there is no point starting training Ukrainian pilots now, or that Ukraine won’t need fighter aircraft in the medium or long-term and can rely on surface-to-air-missiles and other systems.

It may well be that the war is over quickly, but it seems unwise to bet on it.  A post-war Ukraine will likely need jets to deter a future Russian attack.  If the war drags on and we accept that Ukraine’s remaining jets are doing something useful, then we need to supply their air force with replacements – not necessarily to enable a decisive win but just to keep them in the fight.  In any of the above cases, we should have a plan and be executing against it now.  There is no time to wait or waste.

Besides which, modern fighter aircraft are supposed to be easier to fly than their predecessors, and pilot training is said to have been accelerated in the modern era, through the use of simulators and other technologies.  If this is not the case, if jets are too expensive to risk being lost, crews and support staff take years to train, and uncrewed and surface-to-air systems provide more economically viable options, then NATO nations need an urgent review of their plans to employ air power in future conflict.

Regardless, it is perhaps for Ukraine’s air force to determine its needs and the relative utility of different systems, not its allies.  Ukraine’s Air Force says it needs more fighter aircraft.  They need them for the same reasons we do.  And they need them urgently. 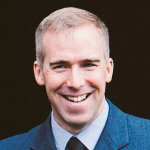