Air forces and their application in conflict have been a divisive topic of defence discussion since their inception. As they and the underpinning technology continue to develop, the surrounding controversy only seems to grow. In the hundred or so years since the First World War, military aviation has evolved from a rudimentary tool for observation to the ‘tip-of-the-spear’ for most, if not all subsequent conflicts. At a time when political friendships can seem somewhat tenuous (US/Turkey for example) and proxy wars continue dominate the Middle-East it is not always obvious where the next flash point may be. As such, maintaining a rounded knowledge of Airpower is vital for those with a keen interest in defence.

Even the most astute observer will admit that keeping abreast of changes to the world’s air forces can pose a challenge; such is the pace of change and growth. For a more casual observer it can prove somewhat daunting. ‘Air Forces: The Next Generation’ provides a detailed and well-rounded insight into 14 of the world’s major air forces that is suitable reading for either audience. Written by authors with a direct or very close connection and understanding of their subject force, each section provides a range of detail, sometimes at an intrinsic level, packaged in an easy-to-digest manner. The authors have taken great effort to source their work and an extensive bibliography of further reading is included, along with a handy abbreviation and acronym index, further adding to the book’s accessibility.

Each chapter investigates the history and ideology of its respective air force, and how this may have influenced its formation and transition to present-day state. Current strengths and weaknesses are discussed in detail and it doesn’t take long for a reader to start drawing comparisons and understanding where potential frictions may arise. The book features chapters on four nations who have a troubled relationship; China / Taiwan and India / Pakistan. Having their forces presented within the same book makes for easy comparison and is arguably of more interest than traditional adversaries such as US / Russia.

Air forces are constantly adapting and adjusting and it is therefore important to look at future procurement. The authors and editor have done sterling work investigating and researching the plans for future air force development. Of note are the chapters on Russia and China, two nations which fill the ‘near-peer’ threat envelope to which most ‘western’ (certainly NATO) nations are now focusing.

Whilst most of the data and information contained within the book is current and accurate, it is worth noting that a few pieces have been overtaken by events; the UK’s new aircraft carriers are now both at sea for example. However, ‘out-of-date’ information is the nature of this beast. Targets and deadlines come and go as air forces move into their ‘Next Generation’ and none of this detracts from this book’s suitability as a superb academic source. 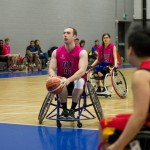 Chris Croot is a recent journalism graduate from Nottingham Trent University with a keen interest in defence and aviation. His first piece of published work was an article subtracted from his dissertation on the RAF’s recapitalisation of Air Mobility. Follow him on twitter @ccjourno and on instagram @chriscrootphotography

Moscow’s Perspectives on the Evolution of US Stealth Technology