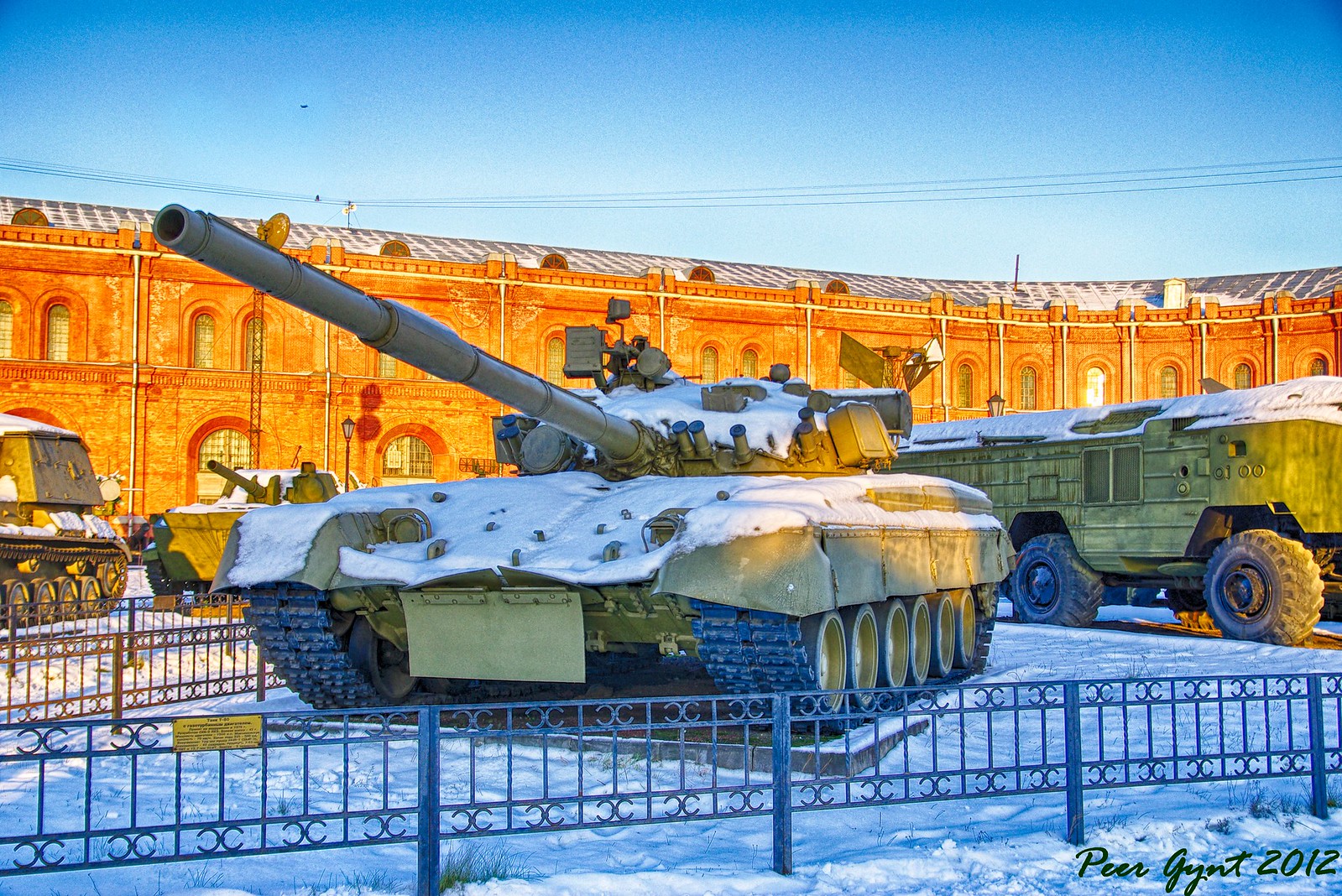 Wars are good for the defence industry.  It is a measure of the foolishness of Putin’s war on Ukraine that this rule has been inverted.

The collapse of the Soviet Union and subsequent trauma of the Yeltsin years greatly damaged Russia’s defence industry.  Almost overnight, its biggest customer base – the Warsaw Pact countries – vanished. Defence factories were now in foreign, independent countries, notably Ukraine. Criminality and corruption became widespread.  Public workers were not paid for months and four digit inflation eroded savings.  Young Russians did not wish to live the boring lives of their parents, working in ‘dirty’ Soviet-era industries or in the ‘closed cities’1, and instead were drawn to modern, high-tech industries, or finance, or simply to emigrating abroad.

During the critical years, the Russian defence industry was saved by a resurgent China embarking on a re-armaments programme, buying but then copying (and stealing) Russian defence technology.  However, by 2007 the crisis in Russia’s defence industry could no longer be ignored (separate to the 2007 global financial crisis, although the timing of the Russian government’s intervention was fortuitous).  The decision was taken to rescue the sector.  The Putin administration’s intervention had three aspects: consolidation, diversification, and exports.

On 23 November 2007 President Putin signed Federal Law No. 270-FZ.2 This law transferred a significant proportion of the country’s industrial assets to a newly-created defence giant ‘Rostec’. The following year, Putin signed a decree on the transfer of 426 small and medium enterprises (SMEs) to the corporation.  Of the assets transferred to Rostec: 148 enterprises were in a pre-crisis and crisis state; 28 were in a stage of bankruptcy, 17 were moribund (no economic activity); and 27 had partially lost their property or were at significant risk of losing it.  At the time of the invasion of Ukraine, over 700 firms were operating under the (opaque) Rostec umbrella.

This alone could not save an over-bloated, Soviet-era sector directly employing more than two million workers. To end the reliance on state orders, diversification targets were set (in 2020, 25.6 percent of output in defence firms was civilian products; Almaz-Antey sells air defence missiles but also refrigerators).  But the real key to long term survival was exports: Russian defence firms had to export, or die.  In the five years preceding the invasion the export drive had gone well.  The total volume of export orders in 2021 – not the actual signed orders and deliveries – was $52.1 billion. The sector could look forward to steady growth.

All this was undone by the invasion. Two annual defence expos, Moscow’s MAKS air show and St. Petersburg’s International Maritime Defence Show, were cancelled. A third expo, the Army International Military Technical Forum, proceeded, but at a reduced scale.  Critically, the owners, and would-be buyers, of Russian kit suddenly discovered how much of the high-end equipment, as well as basic items such as a Kamaz truck, rely on Western components now no longer available. The Philippines was one of the first countries to cancel a large order of Mi-17 helicopters.  It has been a disaster for firms that spent years cultivating relationships and moving away from the label of cheap, unreliable Russian armaments.

The shock of the loss of flagship Moskva led to an emergency refit of Black Sea Fleet corvettes Dmitry Rogachev, Pavel Derzhavin, and Sergey Kotov, with the ground air defence system Tor-M2KM (fitted on the helicopter pad at the rear of the vessels).  Russian defence commentators had long complained Russian warships had fallen behind in air defence systems. The Russian Navy had previously experimented fitting a Baltic Fleet corvette with the land Pantsir-S air defence system. It was subsequently announced that the corvette Viktor Veliky, in-build, and a sixth, yet to be named ship, would also be fitted with Tor-M2KM.

This urgent refit was not a surprise, but what caught attention was a muted announcement that the follow-on order of a further six Project 22160 corvettes had been cancelled.  This followed another announcement that the return to the fleet of aircraft carrier Admiral Kuznetsov was being delayed to 2024.  Indeed, in the first six months of the year, not a single warship had been commissioned.3 In a quite unanticipated way, Putin’s war on Ukraine has proved a disaster for Russian naval shipbuilding.  The Russian president, in effect, has wreaked more damage to the navy than Ukraine could ever have hoped to achieve.

Following the collapse of the Soviet Union, the Russian Navy dramatically and traumatically contracted. Ironically, it was Putin who turned this awful situation around by making the necessary long-term investments and supporting hard-pressed yards struggling to remain solvent.  All this enterprise was now in suspension due to the spiralling costs of the war and sanctions.

In mid-June, the Ministry of Defence held virtual, mass laying ceremony of diesel-electric submarines Vologda and Yaroslavl (Admiralty Shipyards); sea minesweeper Polyarny (Sredne-Nevsky Shipyard); corvette Razumny (Amur Shipyard); and research ships Leonid Bekrenev and Boris Bobkov (Zelenodolsk Shipyard. A.M. Gorky).  This was a political and cosmetic gesture because many years elapsed between the laying of a ship and the ship’s  actual commissioning.  The spread of shipyards was a deliberate message to show Moscow was supporting the industry across the regions.  The reality, as every Russian yard manager knows, is that maritime shipbuilding now faces difficult years.

The root problem confronting the premier warship programmes4 is they all share a common diesel engine, the Kolomna D49,  manufactured by Kolomna Plant. In the past, this has been described as a domestic product, but it isn’t.  It relies on foreign components, now unavailable.  The Black Sea Fleet especially has been under strain as it never anticipated the requirement to maintain ships on permanent station.  The command’s problems recently multiplied with the dramatic ammunition accident at Saki Air Base which resulted in the sacking of the Black Sea Fleet commander.

The components problem goes beyond engines.  Radars, electronics systems, composite structures (the in-build Provorny corvette that suffered an accidental fire in December 2021), and other items required foreign components (including British toilets).  Air defence systems, as alluded, need complete revision.  The Russian navy had been visited by a self-inflicted maritime industry Tsushima5, the fault of the Russian president.  To make matters worse, the Russian merchant and fishing fleets (as many as 400 operating vessels) had become accustomed to maintenance and parts replacement in Western yards.  This service is now mostly denied due to sanctions.  Russian yards lacked sufficient dock spaces to service these fleets and parts are unavailable.

The same calamitous collapse has been witnessed in the aerospace defence sector.  In the first six months of the year just four combat aircraft were reported delivered (Su-34Ms to the Kurba-based 277th Bomber Aviation Regiment in Eastern Military District (VVO)).6 However, these four aircraft – built at the Novosibirsk Aviation Plant (NAZ) – had already been completed at the time of the invasion, and they were in test and acceptance.  Imagery shows aircraft still in factory livery raising the question whether the ‘delivery’ actually means delivery of an operational aircraft.  Whether or not the aircraft are operational, Russia’s combat aircraft manufacturers cannot survive in such low rate production.  The unanswered question is: can they make new aircraft at all under sanctions?

Industry discontent and resistance against Moscow has manifested in surprising ways.  A huge number of vehicles of all types have been lost on operations (by mid-August, Russian vehicle losses totalled 5,181, including 942 tanks). This has created a black market business in stolen parts.  Vehicles returned for repair have been arriving missing components or in irreparable states.  Firms have not been properly funded for the repair work. Some have refused to repair equipment.  Banning defence company bosses from taking summer leave has further soured relations.

The Kremlin has responded by proposing legal changes that will effectively nationalise defence industries. Under the so-called ‘mobilisation bill’ submitted to the State Duma by the government, the latter will be able to oblige businesses to work forcibly on state orders, and defence industry employees to work at night and seven days a week.  This could serve to churn out more bombs, shells and bullets but will it help defence firms now crippled by sanctions?

The example of Kamaz trucks

The negative impact of sanctions on Russia’s automobile and truck sectors is an example of the law of unintended consequences associated with Putin’s invasion of Ukraine. The Russian market has suffered a shortage of trucks since the summer of 2021 resulting in inflated prices.  Costs have fallen especially heavily on transport services because the vast majority of trucks in the Russian Federation are not bought, but leased.  Supply chain disruption due to the Covid-19 pandemic, dollar inflation of imported components, inflation of commodity prices, problems with the supply of Chinese trucks, and finally, sanctions against Belarusian MAZ trucks have all been factors.  The invasion of Ukraine has dealt a serious blow to the sector. In particular, the withdrawal of Daimler trucks turned out to be critical. The German company’s withdrawal has made it impossible to continue the production of Kamaz trucks manufactured using components from Germany. This acutely affects 5490 and 65206 models in different versions. The problem is compounded by the threat to the supply of ZF Friedrichshafen AG gearboxes because it is ZF policy that at least 20 percent of components be imported.

By mid-August, the Russian Army lost more than 1,300 trucks of which approximately 400 are Kamaz models.  The loss of foreign imported parts and cooperation with German industry threatens production of the Pantsir air defence system, which is based on the heavy eight-wheeled 6560 chassis, as well as the 65225 tank transporter. Both systems depend on German gearboxes. The problems go further. The majority of parts for brake systems, fuel equipment, and the Kamaz truck’s electrical components are all imported. Their prices have increased, the costs of foreign loans have soared, and working with banks outside Russia has become problematic.