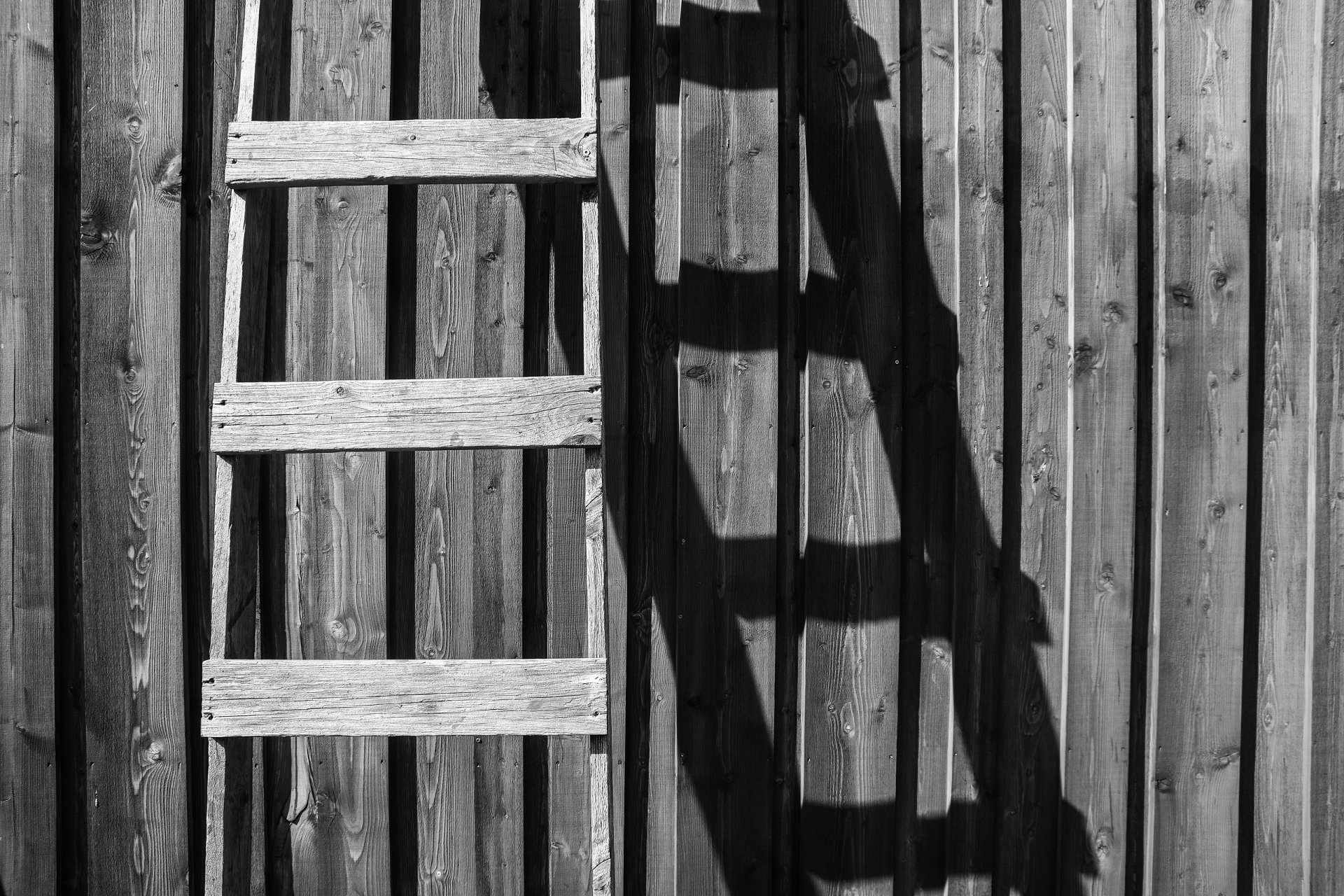 As I step out of yet another D&I meeting that focuses heavily on mentoring (and a bit of sponsorship), I’m minded of Prof Rosalind Chow‘s superb Harvard Business Review article on mentoring and sponsorship that offers some brilliant insights into meaningfully and effectively supporting those from marginalised communities (MCs – yes, yet another fairly horrible term, homogenising a vast array of experiences, but I beg your indulgence for the sake of convenience) in their career progression – meaning more than just promotion, though inevitably that’s often a large part of it.

BUT for me, Prof Chow’s excellent piece is yet incomplete. And indeed the way that it can seem as if mentoring, and increasingly sponsorship, have rapidly become so often the go-to answer to almost every DE&I question, prompts further questions and raises some key concerns, cautions, and risks, with both mentoring and sponsorship. Because however safe and effective the medicine, it’s still important to understand the cautions, interactions, and contraindications. And my specific worries here are not just for would-be mentees / sponsored, but also potential mentors / sponsors, their organisations, and even beyond. I’ll take each in turn to briefly explain my thinking – very happy to continue the conversation, collectively or individually, and I’m as always especially interested in other perspectives, thoughts and experiences.

This can of course be really valuable, offering opportunities for personal and professional development and understanding that can really help MCs navigate unfamiliar, and often hostile, modern work environments, to better position themselves to progress and succeed.

BUT that final word there is heavily loaded – what exactly is “success”, and how does one measure it?  Mentoring can easily become about helping MCs to better conform to the dominant culture, encouraging them to be less themselves and more like those leaders who are guided by affinity bias – “ideally, you should look like us, but if not, at least you should think and behave like us”.  This may achieve short-term individual career goals, but it does all a disservice: the individual gives up who they are (potentially even despising who they were, as they see the superiority, confirmed by their newfound success, of their newly adopted ways); seniors drawn to this new personality are robbed of the opportunity to develop a more expansive sense of themselves, their people, and their organisational potential, missing out on the opportunity to address biases and become better leaders; the organisation is denied the real diversity that it could otherwise have benefitted from; and subsequent MCs are forced into the same cycle, by an organisation and leadership accustomed to this being the route to success.  Finally, it gaslights MCs by reinforcing the idea that it’s they that are not good enough and need to change, leading to over-mentoring of MCs, which in turn links to emerging conceptions of imposter syndrome as arguably less a condition of the mind than of the environment; meanwhile, we lose sight of the reality that the true fault lies with organisational bias, prejudice, and discrimination, which too easily is not meaningfully addressed – because, well, mentoring (tick!)

This can be a really great way to help those senior leaders identify blind spots, understand and face their biases and recognise the influence of those biases on their own behaviours and wider organisational cultures, by understanding the impact on those like their mentor.  Additionally leaders get to understand perspectives, attitudes, etc. of younger, more junior people.  This gives senior leadership direct access to the richness of the lived experience (power of stories), rather than dry data alone, with all its potential pitfalls – wrong question, wrong measuring tool, wrong data set, wrong interpretation, and various specific issues (not devaluing data, which is important, but it’s not the full story, and it’s only valuable if we appreciate not only what it tells us, but equally what it doesn’t tell us).

BUT this can give a skewed perception – a single person’s story is unlikely to reflect the breadth and variety of lived experiences, and even that one story may well be coloured by the mentor’s willingness / ability to serve often harsh, sometimes personally critical, truths to a senior mentee.  Also beware ‘performative’ reverse mentoring, as having a reverse mentor becomes simply the C-suite’s done thing, while real engagement, understanding or commitment remain absent, leading to frustration and further erosion of that vital currency, trust.  Importantly, reverse mentoring, particularly for MCs, exacts a significant emotional and mental health cost – for which mentors generally receive little to nothing in return, often paying a further price by doing this in their own time, as line managers continue (reasonably) to demand functional outputs – and ofcode they become further pigeon-holed into being the DE&I expert rather than their own subject matter expert, which of course is particularly important given that MCs already pay a performance-perception penalty for becoming involved in DE&I initiatives.  Finally, the ‘so what?’  Once the mentor has done the work, and helped their mentee understand, what do they do about it?  Because this isn’t about just educating, but inspiring and influencing (personal, as well as) institutional, structural, and systemic change.  But where’s the accountability for actually doing so?

Prof Chow’s superb piece offers a clear overview of the benefits of sponsorship, and a useful guide on how to do it effectively.

BUT who decides who gets sponsored, and why?  And isn’t this still merely hijacking Old Boys’ Network systems of nepotism and affinity bias?  So the issues identified with mentoring above hold equally true for sponsorship.

This may seem an odd concept – what could a junior MC employee offer as a sponsor to a successful senior leader?  To put it simply: interpretation and legitimacy.  This may of course be entirely appropriate, with respected MC employees acting as representatives in discussions, bridging the divides, giving MC communities a voice, negotiating with senior leadership, and feeding back, in both directions, with explanations as required.

BUT not for nothing did every Imperial, or otherwise oppressive, power in history cultivate accomplices from amongst the oppressed.  Historically, ‘Brown Sahibs’ and ‘Uncle Toms’ (please don’t be tempted to use those terms today – ever!) served a clear purpose: to facilitate and legitimise the establishment and maintenance of structural, systemic, and cultural power imbalances.  In the modern workplace context, the respected ethnic minority employee is given a ‘prestigious’ position, and ‘support’ of senior leadership, in return becoming a leadership mouthpiece, justifying and whitewashing (in-)action and (dis-)interest on institutional racism issues to their fellow ethnic minority employees.  From slavery, through Empire, to Trade Unions, and beyond, reverse sponsorship is a tried and tested, highly effective strategy to legitimise and maintain inequitable and oppressive power imbalances.

Mentoring and sponsorship (regular or reverse – or indeed the various other flavours seen across today’s workplaces: reciprocal, spot, peer, and so on) are potentially useful and powerful, if done well.  BUT they present significant risks, and even when used appropriately, may do little to address actual underlying systemic issues.  Because the reality is that organisational (and societal) inequities are not, in general, due to deliberately malicious senior leaders, or actively / consciously discriminatory organisations – and certainly not due to lack of capability, capacity, or will of those from marginalised communities.  Rather, the issue is historical and ongoing systems, structures, and cultures that maintain, sustain, and reinforce inequity and injustice.  Tackling all of that will take a coordinated suite of deliberate actions, at all levels, by all of us together, that go way beyond simple, superficial, one-track responses, whether bias training, diversity statements, or mentoring and sponsorship.  Each of these may be useful in their own way, but each comes with its own issues, and none does anything to change underlying systemic, structural, or cultural issues. 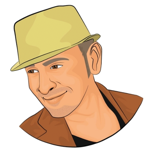 A member of the Wavell Room editorial team, Manish is a GP and Royal Navy Medical Officer with almost 3 decades of experience leading people-focused initiatives driving wellbeing, engagement, and inclusion, both within and outside Defence. As a non-executive director and advisory board member, he also advises healthcare, education, policing, and community institutions on ethics, people strategy, and organisational culture change. He is currently undertaking a PhD in Leadership, Ethics, and Professional Practice.

The war for control of the net in Ukraine