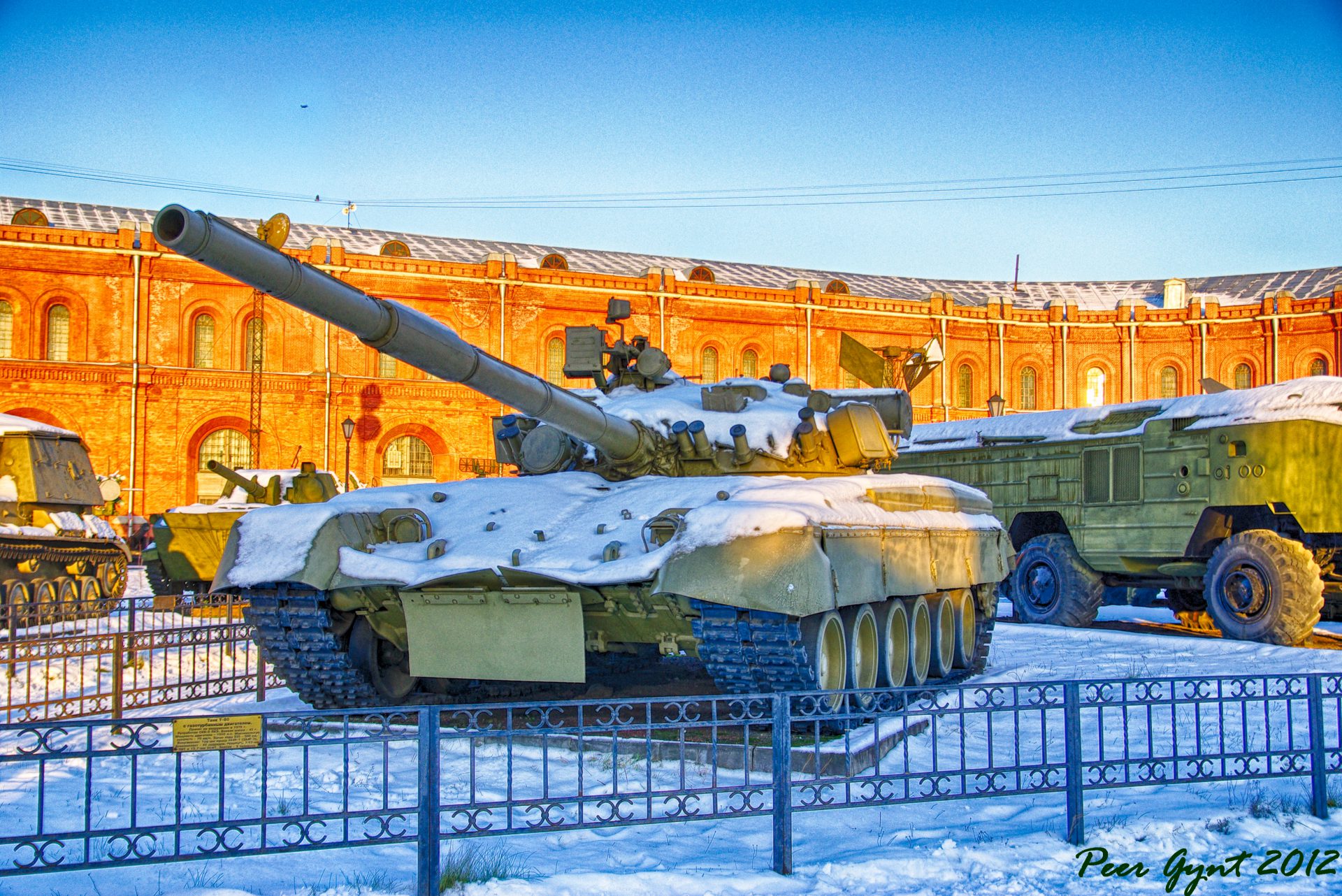 To state that the greatest threat to a tank is another tank is a faith-based assertion that lacks technical veracity. Nothing about the new Russian T-14 means the West has been caught napping or lags behind.
Western analysts, both academics and military have a long, storied career of overstating the effectiveness of Soviet and the Russian armoured forces arguably dating back to 1945 or even before.

Analysing threat armour is rarely objective. Tanks are emotional objects as are AFVs in general but ‘tanks’ seem to be a bizarre area of discrete study which defies military logic – rare as that maybe! The outcome of popular Russian analysis is almost always conclusions that are used as a stick to beat western armour programs while ignoring costs, force structure, engineering, military and historic fundamentals. Why is this the case? No one who has been inside a T-72, T-80 and/or their derivatives has ever climbed out and said, “I want to go to war in this,” assuming they have spent time inside Leopard-2 or Challenger-2. This is even more the case should you have spent some time inside a Merkava IV and even got a good nights sleep in one. What can Russia teach the West about armour? Less than you think.

The Russians (Soviet Union) showed off their brand new IS-3 tank during their victory parade in Berlin in 1945. The popular version of tank history suggests this kicked off an arms race that meant the British produce the 64 tonnes, 120mm armed FV 214 Conqueror tank albeit it did not enter service until ten years later, at massive cost and force structure alteration and with the stated reason to confront the IS-3. This was all in response to a 1944 design of which there were only ever 46 in a then Soviet Tank Division. That said they did equip at least 40 Soviet Tank Divisions. Ultimately the 1958 L7 105mm main gun upgrade to the Centurion rendered both the Conqueror and thus the IS-3 less relevant than popularly believed. Simply put if there are 380 T-54/55s in the same Division then there was no need to fixate on the 46 IS-3. As of 1959 the “Zhukov Reorganisation” saw the ideal Soviet Tank Division being 95 x T-10 (the IS-3’s marginally improved successor) and 254 x T-55, but by then the L7 had rendered the even the T-10 less of a threat than it was especially at ranges of under 1,500m using the then in service ammunition. By 1968 the Soviets got rid of all Heavy Tanks in their Front line Divisions probably because their own development of long-rod penetrators foretold the demise of the heavy tank. As WW2 had proven, the answer to the heavy tank was not another heavy and never was. As you can see this stuff has been going on for a long time.

Recently much ink has been spilt of the subject to the Russian Armata T-14, a tank whose troubled genesis goes back to the early 1980s and whose graphic image graced Richard Simpkin’s “Red Armour” published in 1984 as in a tank with the identical layout albeit erroneously reported as being the T-90. In essence, the T-14 of today is the tank Russia wanted for the 1990s in the 1980s. Given that Abrams and Leopard date from exactly that time it’s hardly surprising but we have to ask is Russia innovating or just catching up. History suggests that Russia has spent a lot of its time just having different ideas so Russian innovation is based on what Russia wants to believe, not some superior philosophy to the West. If you engage in side-by-side Russia v the West tanks comparisons, you’ve missed the point. There are lots of Russian tanks and the answer to lots of Russian tanks is not a small number of better tanks. If you doubt that, ask the Nazis.

It is a valid perspective to suggest that Russia/Soviet Union has struggled with armour design more so than the west. The issue is probably best described as philosophy. Russian Tanks were designed to do different things in different ways and their design is tied to a vision of their force structure, far more so than the West. While this sounds good it comes with some real risk and the burning wrecks on the Golan Plateau, the streets of Grozny and the suburbs of Syria keep bringing home the lesson home that if your AFV fleet is designed for a nuclear war one trick pony then you will struggle in the real world with real work. Again, what can Russia teach the West?

Historically Russian belief in armour is fixated firmly on mass where the basic manoeuvre unit is a Division or perhaps a Regiment. The variably reported development of the Battalion Tactical Group (BTG) suggests that Russia is now moving to a more “Western” idea, but even cursory analysis shows it is not without considerable problems.

As with the West, WW2 did much to shape modern Russian ideas, but in Russia’s case, it was at least as well informed by pre-war ideas, as it was by the advent of nuclear weapons. The desire to fight a fast-moving, highly lethal, decisive campaign based on aircraft, long-range artillery and armoured forces has its roots in the ambition to avoid the long drawn out warfare of WW1 as much as it does in the potential of nuclear weapons to deliver that ideal. After WW2 the Tank and Motor Rifle Divisions evolved to meet that requirement but in the context of a nuclear war fought for existence. This has created substantial limitations.

Axiomatic with that was the need for mass-produced armour, which fights short and decisive actions using the concentration of mass to gain all else. This has vehicle design implications. These are worth noting.

a.) Russian Vehicles are mostly light. While this may be changing, the fact is historically Russian AFVs have almost always been lighter than their western counterparts and far less protected to facility both mass production and high mobility both tactical and strategic.

b.) Russian Vehicles are thus mostly small and cramped, thus poor habitability limits the endurance of the crew.

c.) Russian electro-optics and vehicle sub-systems have historically and do currently, lag behind the west. This does not say the Russians are in any way technologically primitive, but they simply don’t put that technology into their AFVs, at least to date, if for no other reason than cost and maintenance.

There are of course things the Russians have got right. Tonne for tonne Russias vehicles are highly lethal. Even the latest iterations of even the ageing and largely obsolete BMP-2, in the guise of the BMP-2M armed with a 4-x turret mounted AT-14s are not foes to dismiss.

A Russian Division contains far fewer chassis variations than a similar western formation, therefore equipment support, though highly centralised, should be less of an issue and this should also have cost-saving benefits. The Russians tend to eek every last variation potential from every chassis. Their emphasis on Cold War offensive operations has led them to plan around having a force that can cross water obstacles far more easily than NATO, and in theory travel/march further, faster and for less logistic cost. Their force structures are well matched to how they say they want to do business, but the reality rendered by real-world warfare can unhinge that. What works well on the plains of Ukraine may stumble in the forests of the Baltics, or the streets of Grozny.

To conduct an informed discussion on Russian AFVs you need to understand how to fight the force structure they conform to. “Rivet counting” doesn’t give you that insight. Thus for all his conversational hypothesising and variable conjectures, Richard Simpkin was entirely right to emphasise that Russians think differently about tanks and armoured forces in general. For example, the Russians would never have designed the Israeli Merkava. In the opinion of the Israelis, Russian armour design is “human agnostic” and it is worth noting the IDF has historically operated entire Brigades of Russian tanks, so their opinion does have some basis. Russian design is about numbers.

Essentially Russia is catching up. Real world experience common in the West has taken a long time to get into the Russian mind. The disaster of the Golan Heights was repeated twenty years later in Grozny, where lightly armoured AFVs designed for a nuclear war of attrition died far too easily for any political objective to account for. Being able to gain a 5-7:1 advantage in force ratios did nothing to ensure any degree of success to the Syrian side.  One of the key lesson o 1973, obvious in the West, but less so in Russia, was that protection levels needed to increase, especially for AFVs, but it has taken nearly 40 years for the Russians to realise that. All the new Russian vehicles, with which we seem so enamoured, are just basically better-protected versions of old ideas, intended to conform to the old force structures. It would need to be conceded that the newer Russian vehicles are not just better protected but are also more lethal than the past, but so what? Nothing in the Russian inventory matches the realised potential of say CV-90 Mk3, Merkava IV or latest Leopard 2 upgrades with Israeli Active Protection. By and large, Western AFV technology remains well ahead of Russia.

The problem is politics and the perspective missing from most popular armour commentary is the tanks and AFVs are more about politics than mechanics. Most of the force development advocacy seen on UK procurement blogs is basically technology based, and wanting more money for the “train set” they think the British Army should be because we should “look at the Russians.” In “train set land” you can go out and buy the force the Russian simply cannot compete with. You’ll have a perfect army, but fewer schools and maybe no hospitals. Be aware that “train sets” never come with the attendant tactical doctrine, logistics laydown or properly costed training programs. This means that it probably makes more sense to ask how does the UK generate more tank crews for less cost before asking if it makes sense to suggest that the UK needs more tanks.

The problem is that real-world force development needs money, time, real estate and process. Saying, “look at the Russians” doesn’t make a case for change because we are not short of ways to kill a T-14 and/or AFVs and Russian tanks in general. The problems are not technological even given the possible proliferation of mythical Russian active protection fits, which don’t seem to be as apparent as perhaps they should be, were they in wide spread service today.

Russian military power is not the product of innovation per se. It’s the product of a legacy force that exists in vast numbers and technical/industrial choices that allow it to generate large amounts of equipment for comparatively low cost compared to the West.

Arguing that the new T-14 means we need to put an Active protection system on CR2 and/or claiming the UK needs to buy a new tank is missing the point. The problem for CR2 is that there are at least 1,000 modified T-72B3 in Western Russia and an upgradable stock of well in excess of 5,000 along with planned purchases of possibly 1,000 T-90s. Arguing we need a new tank because the Russians have a new tank means we spend will money on the wrong thing because the problem is thousands of old Russians tanks, not new Russian tanks!

Additionally, as seen with the response to the IS-3, the assumption that the answer to a tank is a better tank is flawed, and has set us on the wrong track before. Let’s not make the same mistake again.

William Owen is the Editor of Infinity Journal.  He also works and consults on land warfare doctrine, concepts and equipment.