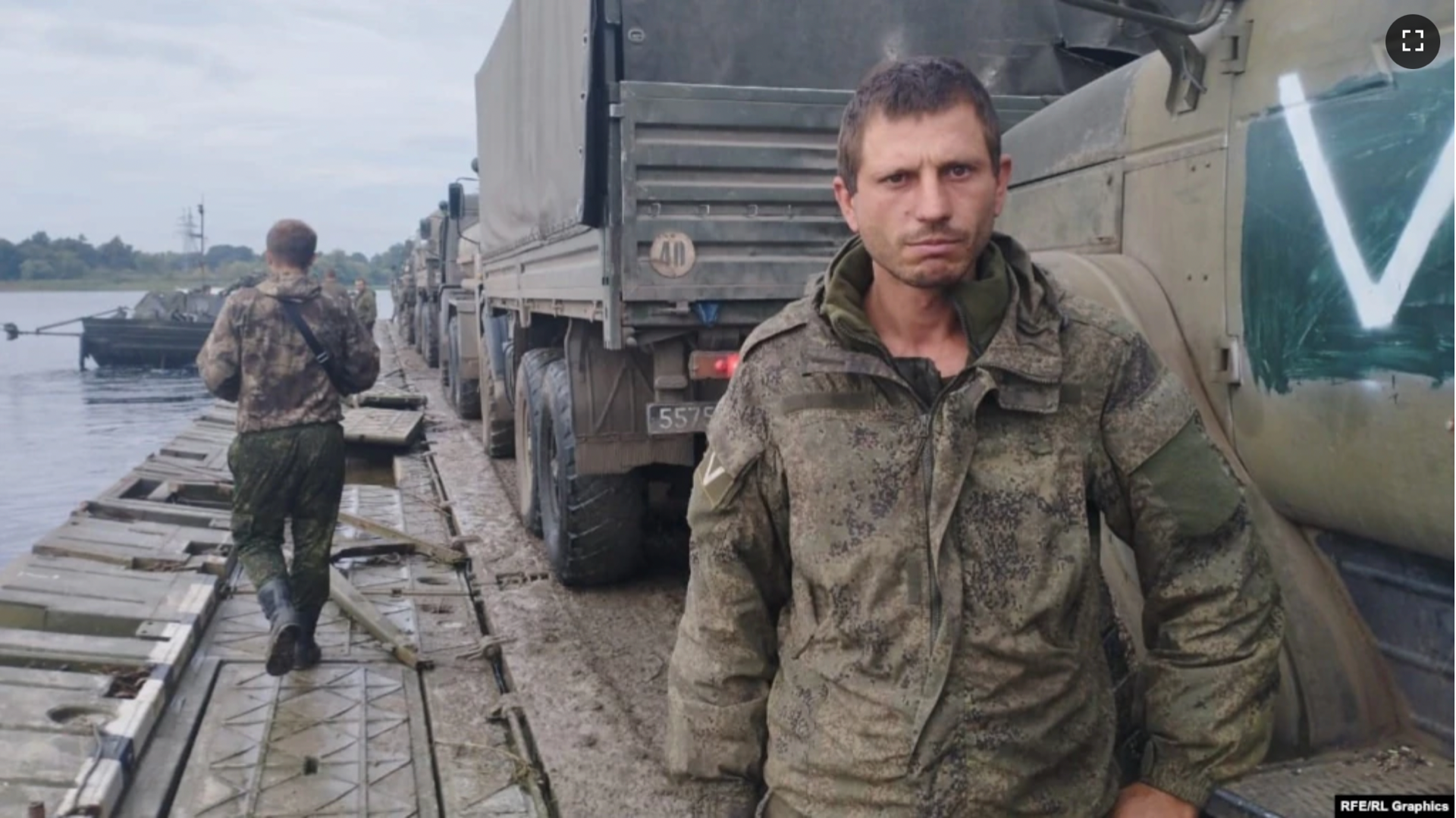 An interval has now passed since the Russian withdrawal from the Dnipro right bank in Kherson Oblast.  Thanks to Ukrainian military journalist, Andriy Tsaplienko, who acquired Russian documents outlining the withdrawal schedule, including formation and unit identities, strengths, and equipment, it is now possible to make a reasonably detailed assessment of the events. (Tsaplienkp’s work is all available on his Telegram channel).

The evidence suggests the Russian Army achieved tactical success with their withdrawal despite the wider strategic defeat.  This article draws three lessons from the information gathered by Tsaplienko and argues that the Ukrainian Army may have missed an opportunity to have inflicted a bigger defeat on the Russian Army.

Earlier in the summer of 2022, Kyiv signalled its intent to mount a counter-offensive in Kherson Oblast and liberate the city.  This provoked a hasty Russian reinforcement.  What was unclear over the summer was that virtually the entire order of battle of the VDV – three divisions and three separate brigades – was deployed to the Dnipro right bank to meet the Ukranian threat.  The exception was the Tula-based 106th Guards Airborne Division,  in reality a brigade-strength formation, which had taken part in the original invasion but was withdrawn to the Belgorod area.  Following the appointment of General Surovikin as theatre commander in October 2022, a decision was taken to withdraw to the left bank.

What can we deduce from this?  First, it suggests the Russian MOD trusts airborne forces as far more than other units available to them.  Historically, this has always been the case with the Kremlin using the VDV as its strategic ‘fire brigade’ to solve problems. But we can discuss why armoured units were not sent.  Second, it hints, at least at the time of the summer reinforcement, at strategic  panic.  The ‘rush to the west’, of course, played into the hands of the Ukrainian Army that instead mounted a successful counter-offensive in the east, in Kharkiv Oblast, against thinned-out and poorly-motivated forces.

The third deduction, for which we owe a debt to the documents obtained by Tsaplienko, is about the size of Russian forces deployed.  Notwithstanding that the Dnipro right bank force comprised three divisions and three brigades, it is important to understand the total strength of the VDV is around 10,000 personnel.  The Russian MOD was, and continues, to depend on a small elite force.  This is similar to the way that the Republican Guard was judged to be Iraq’s centre of gravity in Gulf War I; destroy them and the pack of cards will collapse.  The VDV may be viewed as the Russian Army’s centre of gravity.  If this cohort is beaten, or at least publicly defeated, we can speculate if the remainder of the Russian Army would collapse.

Lesson 2: The challenges of isolating a force

Describing Ukrainian operations in Kherson Oblast as a counter-offensive is a misnomer.  The Ukrainian Army sought to force the withdrawal of Russian forces from the Dnipro right bank by isolating them.  It used one weapon system to do this: the US-supplied HIMARS. Ukraine attacked the only road and single rail bridge over the Dnipro at Kherson (the Antonovskiy road and rail bridges) and the dual road-rail bridge at the Nova Kakhovka hydro-electric power plant (HPP), 70 kilometres upstream.

The first HIMARS strike against the Antonovskiy road bridge was on 20 July.  Strikes continued against the three bridges periodically for the next 14 weeks (thwarting repairs).  All three were unusable to military traffic roughly from the end of the first week of August.  The Russians managed to run an oil pipeline on the line of the Antonovskiy rail bridge which remained operational.

Despite the high profile nature of the attacks, HIMARS attacks alone did not isolate the Russian force.  The Russian Army established as many as five pontoon ferries, three in the Nova Kakhovka area and two in Kherson City,  to support the defenders.  The Russian’s were able to sustain a  42,000 strong contingent and to fight until their withdrawal in November.  Towards the end, civilian river ferries and barges from Kherson Port were also commandeered.  These were mobile and proved very difficult to target.  As well as the military traffic, Russian Engineer Troops facilitated commercial traffic and other private traffic.  There were shortages and prices spiked, but Kherson City did not starve or stop.

The interdiction of bridges aside, HIMARS was not the only weapon used by Ukraine to isolate Russian forces on the Dnipro right bank.  There was also a sustained Ukrainian effort to target equipment, ammunition and fuel storage sites.  These were daily occurrences reported by OK Pivden (‘Operational Command South’) in the evening situation reports.  US-supplied Excalibur and German-supplied Volcano 155mm precision shells may have been used in some of these attacks.  Regardless of means, Russian counter-fire continued to the end, also reported daily by OK Pivden.  There is also no evidence of Russian fuel shortage.  Russian units fought back and even launched their own spoiling counter-attacks to defend their withdrawal.

Winter river conditions forced the withdrawal.  In an average year, after 20 consecutive days of sub-zero temperatures, the Dnipro freezes over.  Even before a full freeze, the river banks start freezing.  In these conditions, ferry operations became impossible and Russian forces on the Dnipro right bank risked defeat by General Winter, not by HIMARS alone.  Other considerations may also have forced Surovikin’s decision: the shock of the Kharkiv counter-offensive and realisation that the eastern fronts were now vulnerable.  It is notable the VDV have been redeployed to Luhansk to hold the Svatove-Kreminna line and corridor to Luhansk Oblast.

The Ukrainian Army prides itself that it is not the Russian Army.  The lives of its soldiers are valued.  But warfare is not risk free.  Casualty aversion can result in more casualties because a war is prolonged.  In certain situations taking risk is necessary, even demanded.

The withdrawal and full evacuation of the right bank started on 21 October.  This was known.  The internet was severed to prevent Ukrainian civilians filming and reporting the withdrawing troops.  This measure to a degree was redundant because there was abundant reporting about it anyway.  The SBU (Ukrainian Security Service) published intercepts and   commercial satellite imagery showed vacated positions at Chornobaivka Airport.

Yet Russian units were not harassed, chased, or routed.  Ukrainian forces edged forward with great caution, even after it was clear there was no opposition.  A Russian Army got away, and a Russian President escaped a humiliating defeat on the battlefield.  As Major-General Andriy Kovalchuk later remarked in an interview with Sky News: the operation was only 50-60% successful.  It can only be speculated – would the Kremlin have survived a second major military defeat in two months.

Cover photo: Makar Teplinskiy posted an image of himself posing on a river ferry alongside Russian military equipment on Russian social media on October 10. We believe this image to be copyright free, please contact us if you own the image and we will happy cite you properly or remove. Source: Radio Free Europe, Radio Liberty https://www.rferl.org/a/ukraine-kherson-ferries-russian-retreat/32093482.html

A “Once Was” Yelling at Clouds: Time for a Step Change in Armoured Vehicle Thinking?

Russian oil and gas industry: the impact of sanctions