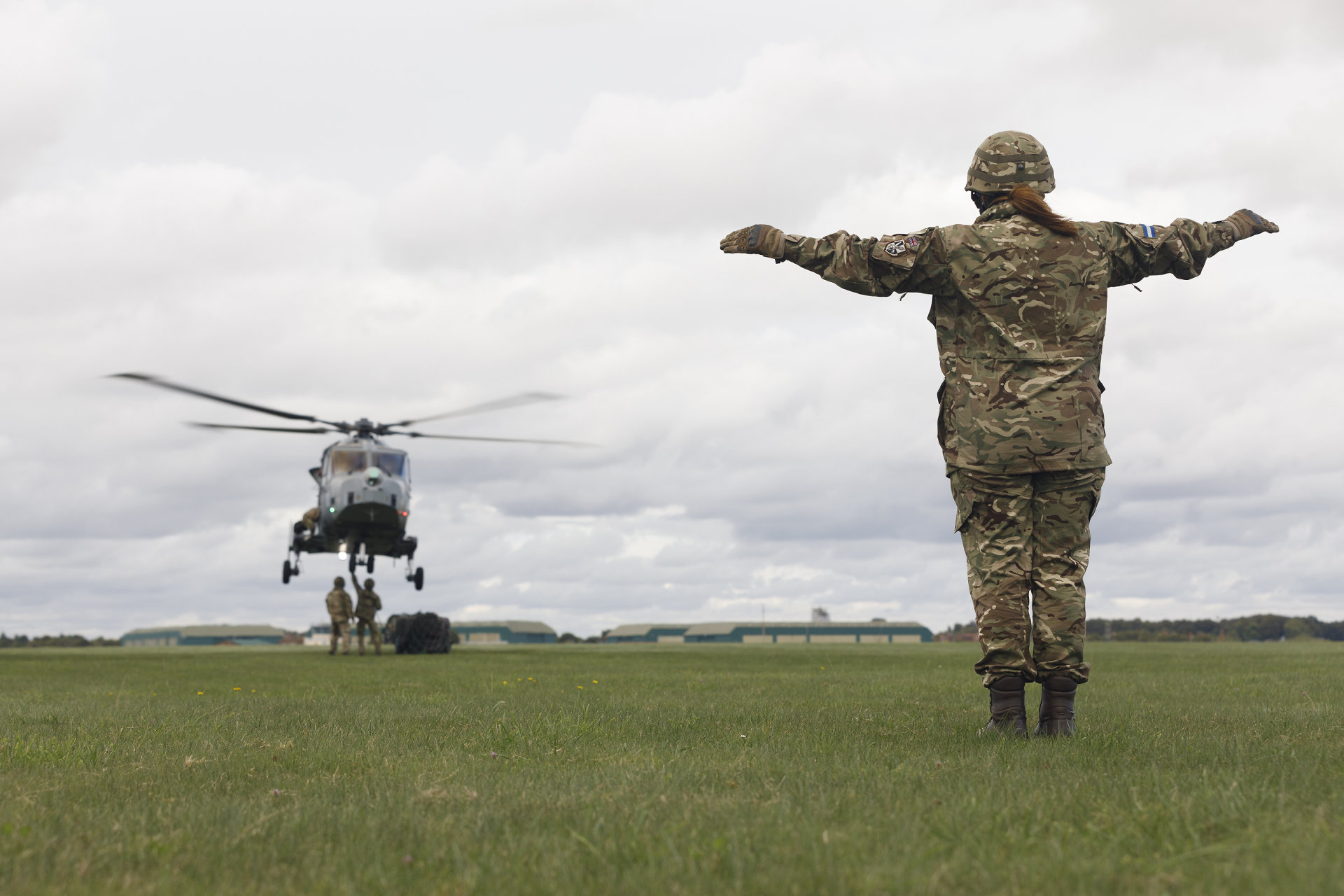 Tim Collins’ recent article in the Telegraph discusses what he sees as the pointless quest for a diverse British Army and why such an approach is destined to weaken the Army’s fighting power. Unfortunately, this seems to have struck a chord with those who see Diversity and Inclusion as an obstacle, a box-ticking exercise and ‘political correctness gone mad’. The central thesis of Collins’ article was: the country is demanding the Army to be more diverse but it is impossible to have a successful, well-trained Army which more accurately reflects society and is not overwhelmingly white and male. He thinks being more inclusive is ‘trivia’ and genuinely putting lives at risk. He thinks it is ludicrous to change traditions and ingrained culture purely ‘for fear of giving some offence’ to a person.
I found his article personally offensive but also laughably transparent: changes the Army will undergo will transform it from the familiar beast of the old guard (Col Tim Collins’ generation) to something hopefully unrecognisable. The aim should be to sweep up as many of the old guard as possible, to change their mind-sets and re-educate, so that there is a real understanding of why Diversity and Inclusion is not a short-lived trend. Why is this proving so difficult, and why is an organisation full of professional, intelligent soldiers so resistant to change?

1. The everyday challenges which women and minorities face in the Army go largely unreported. The big stuff, such as sexual assault, is generally acknowledged and condemned. Figures show it still occurs but the majority of soldiers and officers are well educated in what constitutes an assault. The trickier job is identifying the subtle ingrained sexism, or what Tim Collins sees as the ‘trivial’. Letters and emails being addressed as ‘Sir’ regardless of recipient, and borderline ‘banter’ are pervasive. It does not feel trivial when subjected to it – it feels like a steady reminder of a culture where you are the outsider. The real fear of being labelled a sensitive snowflake or a complainer prevents proper identification of this behaviour. It is not fair that these challenges carry on unacknowledged. Moreover, it will prevent competent top-third individuals from staying in the Army, weakening its overall capability. Why would you stay in an organisation which doesn’t stick up for your individual worth when you could leave and be a part of a more inclusive environment which does?

2. There is a genuine belief that women are less capable of being in the Army because of physical differences. The more dangerous barrier to an inclusive Army is the real belief that women are less capable soldiers because of ‘biological differences’. Varying fitness standards fuel the flames of this line of reasoning, as well as pseudo-scientific gender essentialism: women are caregivers not fighters, men naturally want to protect women, women erode the closeness of well-knit team. Some biological differences are legitimate, but no one is suggesting that we replace every high-standard infantry unit with women who are running 14:00 minute PFAs. Fitness is conveniently very measurable. Other arguments drift into the scientifically unproven (‘women aren’t natural fighters in the way that men are’) which need to be outed as the ridiculous fabrications that they are. A high performing Army does not wholly depend on upper body strength and PFA speed but attributes like intelligence, initiative and determination, categorically not tied to gender or ethnicity. This statement, seemingly obvious, still needs to be taught: a person’s gender or ethnicity does not determine if they are a competent soldier. A person’s attributes, motivations and training do.

3. A culture of masculinity and machismo underpins Army culture, both in training and in barracks. I have been stuck in conversations where female soldiers are rated and objectified. Vocal women are dismissed as ‘feminazis’. Fill Your Boots is widely read and praised by officers and soldiers alike, a platform which presents female soldiers as sideshow pieces to be sexually objectified and women in general as lazy and unintelligent dependents. Sexist, lazy, language like ‘fighting like a girl’ goes unchallenged. Because a soldier is expected to be tough and robust, the toxic aspects of this culture are accepted and unchallenged, further decreasing the possibility of an inclusive working environment. It also does our soldiers a disservice by instilling wrong, outdated opinions which will highlight them as dinosaurs outside of the Army.
4. There is a belief that because the Army does a unique job, we should be subject to unique standards. This crux of Collins’ argument and widely spouted belief does have some roots of truth. For example, the Army has the unique ability to discriminate with regards to age and disability because of the physical nature of many roles. This does not give the Army the right to discriminate because of an outdated, traditionalist culture which stops talented individuals from succeeding. It will be a hard slog to change entrenched views about women, minorities and diversity but just because it is difficult is not reason enough to preserve the status quo. It is not about government targets, or staying up to date, or ‘modernisation’; it is about being a fair employer that actively recruits the best people, gives them all the same opportunities, and retains them. It is about not making a percentage of your workforce feel like a less valued and weaker component. Women and minorities are not barriers to a thriving Army, and it is dishonest and libellous to imply this is the case.
5. The Army’s reliance on tradition is a barrier to change. The Army prides itself on traditional values like grit, physical courage, and strength in the face of adversity. These are all good things which we wisely want to preserve even if society does not. Other traditions like an obsession with class, the expectation of marriage, and a pathological fear of denim can be consigned to the dustbin. Just because something has always been done a certain way does not mean that it is the right or moral choice. The Army needs to avoid being viewed as anachronistic and old-fashioned to ensure it is recruiting the best in new talent and not just the legacy cases, the traditionalists, and those with no other choice. Tradition for tradition’s sake must be publicly challenged if it does not align with a 21st century Army.
6. There is an absence of diversity in the higher levels of leadership. It is very difficult to take the Army’s quest for diversity seriously when there is a perpetual lack of diversity within the ranks of senior officers. Some of this is the unavoidable consequence of time – there are unlikely to be a large number of female generals when the percentage of women in that generation of officers was so small. Some examples are less explicable. In the headquarters I work in, there are very rarely more than two female officers in the room at one time. How can it encourage and push down a message of diversity to its units and sub-units when even the command function is failing in that regard?
Many soldiers and officers want to write off Diversity and Inclusion as a tiresome box-ticking exercise because they know that they are not sexist or racist individuals, and I believe them. I am not accusing our organisation of being filled with raging misogynists who subscribe to white supremacy. But I do think many are failing to appreciate that small changes and workplace cultures are the difference between people feeling valued and respected versus alienated and worn down. Implicit bias is prevalent and widespread; this needs to be explained and identified so that it can be scrubbed. The longer the Army resists a change to a more inclusive workplace, the longer we are pushing out talented people and also failing to recruit the future ‘top third’ because we are accidentally selecting out. Tim Collins wants to write off Diversity and Inclusion because he has a gut-feeling that a more diverse Army made up of women and minorities must be weaker and less competent. I am grateful that I do not have to work for a commander that shares this view. We cannot bury our head in the sand because it is a difficult, volatile topic. Instead, commanders at every level must fight for a diverse and inclusive workplace because it is both the morally right thing to do and the best way to ensure a multi-talented, progressive and operationally successful British Army.

Jo has 3 years of leadership and management experience in the British Army, where she supported the staff of a Brigade Headquarters.