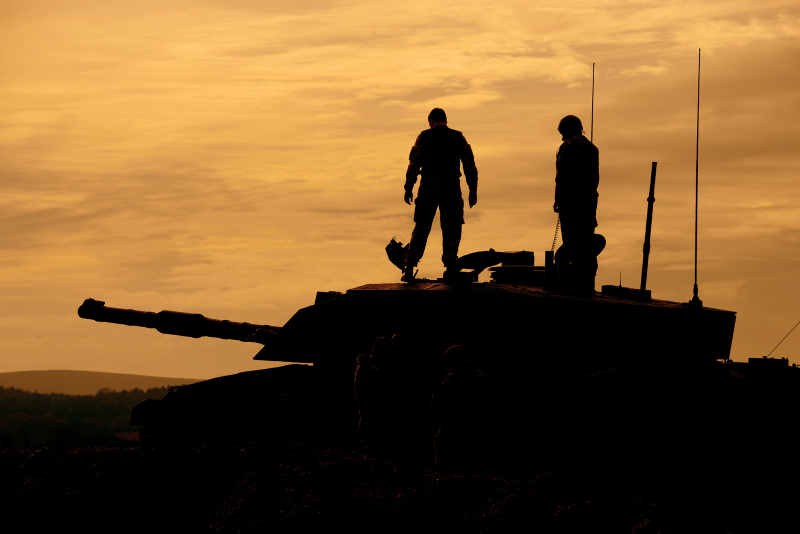 Capabilities and Spending Concepts and Doctrine

‘Innovation distinguishes between a leader and a follower’ – Steve Jobs

Ever since the Mark 1 rolled across the trenches of Flers-Courcelette in 1916, the tank has dominated the battlefield and captured imagination.  Today is no different.  The Challenger 2 (CR2) Main Battle Tank’s (MBT) primary purpose is the destruction of the enemy through offensive action, with significant emphasis placed on its battle-winning ability to destroy an adversary’s tanks.

However, to maintain this dominance over the last century, the tank has had to continually adapt, both as a platform and in the way it is employed.  The CR2 Life Extension Programme (LEP) is the next stage of this development.  Specifically, it is an initiative to ensure that the MBT can continue to meet the demands of current and future conflicts up to the year 2035 and perhaps beyond.  It is expected to cost approximately £700 million, or £6.25 million per MBT.[1]  Army 2020 structure changes enable the £700 million to be split between two Main Battle Tank Regiments; the Royal Tank Regiment and the Queen’s Royal Hussars.

“If we lose our high-end, war fighting capability, we will lose credibility with our allies” – General Lorrimer

Is £700 million enough?  Should we be looking towards 2035 instead of 2020?  The aim of this article is to examine three options for the LEP and to present the viewpoint that the current recommendations are not innovative enough to succeed.  Further thought to the development of the MBT’s software is essential if it is to play a role in future conflicts within a multi domain battlespace.

Option one: replace the CR2 with another tank

The first option for the LEP is to replace the CR2 with another platform, namely the Leopard 2 or M1A2 Abrams.  This idea is in favour with many ‘Tankies’ although it is not as simple as it first seems.  Firstly, the initial capital expenditure will require a significant proportion of the budget.  On top of this, several additional areas will require significant investment such as training, doctrine, infrastructure, recovery vehicles and stores to keep the fleet sustained.  The result is that this option does not appear viable due to cost.

The second option is centred on hardware and involves replacing the 120mm rifled barrel to the NATO 120mm standard smooth bore gun and adding a Defence Aid Suite (DAS).  The smooth bore gun will reduce the cost of ammunition and ensure that resupply within a NATO coalition will be achievable by all members that have a MBT.  This enhances the prospect of deploying and adds sufficient global reach due to resupply being easily established and sustained through any deployment.  The DAS, although not specifically outlined, will most likely enable the defeat of long range anti-tank missiles.

These initiatives are centred on making improvements to the tank’s hardware.  They would undoubtedly bridge a current capability deficiency to peer opponents in the short term, allowing the CR2 to adjust to the current threats on the modern battlefield.  However, both options would not grant an ability to adapt to future conflicts in the way that a software upgrade would be able to.

Maj Gen Perkins (US Army) has described how future conflicts are likely to take place on a multi-domain battlespace (Land, Sea, Air, Space and Cyber).  Option two would only allow the CR2 to compete within the singular land domain.  Software improvements would enable the CR2 to develop as threats emerge.  Adding adaptable sensors, patch upgrades and adapting code adds potential that a simple hardware conversion cannot.  The current recommendations only sustain the Tank for the present land battlespace; they are in no way innovative.

To innovate, the LEP should be software orientated and should include open software architecture.  This would allow future upgrades from different companies creating a longer life span.  This would enable the CR2 to adapt to future conflicts through recoding or through patch upgrades.  The CR2 will most likely feature within future conflict and should have technology that will enable this.  Lessons should be extracted from existing modernisation programmes, such as the adaptation of the Cobra Helicopter.  The Cobra helicopter was first brought in to service by the American Army in 1965 for the Vietnam War and has been adapted and improved over the years to the point that it remains in service and is a preferred aviation platform for the American Marines.

So, what should we do?

CR2 needs to evolve to operate within the multi domain battle space and have the capability to meet the demands placed on the platform and the crew.  We should consider the following upgrades:

There are several initial upgrades that would need to take place to enable any of these.

The tank is arguably the most significant contribution to the land battle in history.  The capability should be retained, enhanced and considered for all future battles.  To do so, the LEP needs to be revised to consider software upgrades and the rapid evolution of modern technology.  FOE 35 considers the requirement to develop a cyber real estate (accessing local wifi networks and improving data flow and the ability to connect to multiple UAS at once) as key to achieving situational awareness.  Google talk about innovation in terms of as 10X.  1X is matching the current peer opponents.  2X is making an improvement.  10X is to understand through innovation the problem we face and how to defeat any competition.  The British Army, given limited resources, should focus on innovative 10X solutions, rather than trying to match up against its current peer opponents.

Contributor: Steve has been a tank commander of both Challenger 2 and CVR(T) with 5 years experience