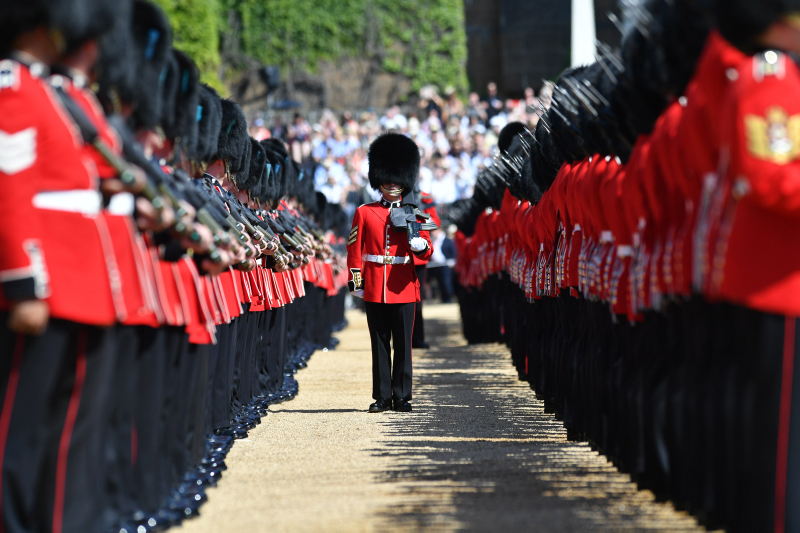 Whether one considers the Regimental System to be a gift of history or an outdated approach to soldiering, its centrality to the British Army is hard to ignore.  It has been labelled variously as “a barrier to innovation”1, “the enduring principle that underpins the Army structure”2 and “one of our great strengths…which means so much at unit level and below”.  It comes as no surprise that an assertion made in British Army Review in 1996 still holds true today: the Regimental System is not simple; for many, it remains “very subtle, intangible and difficult to explain”3.  Nonetheless, a number of current trends make a renewed enquiry into the Regimental System both relevant and pressing.

Conflict and instability remain stubbornly persistent, therefore the rationale for maintaining a standing Army looks set to continue.  How we structure that Army remains a significant issue and, as we see with the Modernising Defence Programme, it is not a simple issue. Secondly, in today’s challenging fiscal climate, Armies – their structures, capabilities and overheads – are constantly being scrutinised often with a view to modernisation or streamlining. The Army needs to prove that the Regimental System not only adds value but is also not an archaic and extravagant waste of money.  Finally, the Army is playing catch-up with the civilian sector to be seen as ‘a modern employer’; able to attract, recruit and retain the next generation of millennials into military service.  For the infantry (where this article will focus) there is growing concern that 22 (now 24) years military service is simply not an attractive career option for future generations. To many outside the Army, the infantry (with its bewildering range of regiments) is more confusing than it is appealing.  Now, when defence is facing a variety or complex issues would be an opportune moment to review our beloved Regimental System.  This short article will do just that and will suggest we shouldn’t rush to get rid of it just yet.

Discussion around the Regimental System often turns simply to the issue of cap-badges. David Cameron’s now infamous direction that ‘no cap-badges were to be lost’ during the early Army 2020 work is a prime example.  ‘Cap-badges’ may be one element of the Regimental System but there are other potentially less tangible, but nonetheless important features.  Firstly, however, to understand this ‘system’ we need to understand why it looks how it does today.

The key milestones in the development of the Regimental System includes: the English Civil War of the mid 1600s, and the formation of the New Model (standing) Army; the actions of ‘Honest’ George Monck’s ‘Coldstreamers’ and the formation on 26thJanuary 1661 of a four-Regiment Army; the modernising reforms of Edward Cardwell and Hugh Childers respectively (including enforcing county linkages) in the 1860s; the Haldane Reforms of the Reserves in the early 1900s; the downsizing of the Sandy’s reforms in the late 1950s; and the move towards large, multi-battalion regiments from the mid-1960s.  These historical contours, coupled with the actions of individual regiments over the centuries, provide the context for today’s debate.

With the British Army the smallest it has ever been and with an unprecedented focus on productivity, efficiency and ‘modernisation’ it is surely only fair that the Regimental System is subject to the same level of investigation as other elements of the Army.  Even a cursory glance reveals significant inefficiencies.  First, the history associated with the Regimental System constrains the decision-making of both politicians and senior military leaders.  ‘Breaking’ the Regimental System is often a red line for both our military and political leaders.  Secondly, the parochial worldview that belonging to a Regiment can create can cause significant issues, hindering a broad-view of career management, impacting recruiting and potentially stifling talent because ‘the cap-badge doesn’t fit’.  Thirdly, and perhaps most worrying, is the impact the Regimental System can have on those charged with undertaking capability development: it may make perfectly logical sense to combine units and re-role them accordingly, but the System often simply won’t allow it.  If this is the case why hasn’t a bold new leader simply taken the decision to tear up the rule-book and restructure the infantry and consolidate the capability in a more cost-effective Corps of Infantry?

At a time when the Army – and the infantry – are not undertaking campaigning at scale or being deployed to conduct conventional warfighting of the NATO Article 5 variety, there is a danger of being lulled into the belief that violent conflict is a thing of the past.  History would suggest otherwise and whilst the character of future combat may (or may not) be at a reduced scale and intensity to the conflicts of the twentieth century, the visceral nature of combat will likely not change.  The dismounted close combat environment – principally for the infantry soldier – will continue to be a terrifying and unnatural setting.  Fighting for ground and killing people in the process will remain an intense and very human experience and it is this human aspect that the current Regimental System speaks so brilliantly to.  To expand upon this point, the following features, outside of simple cap-badges, are noted:

None of this is to say that the British system is perfect.  Other nations organise their infantry along different lines, and many are able to field effective forces capable of delivering fighting power.  If the British system were to be re-designed on a blank piece of paper tomorrow (as the German Army was forced to do after the Second World War), it could look very different and would, in all honesty, probably be a bit more (financially) efficient.  But would it be any more effective?  Effective at fighting and succeeding in combat, the very raison d’être of the infantry?  It is hard to say.  Objectively quantifying what makes ‘good infantry’ should be easy: they win more fights. But a wider range of metrics should be used.  Even then, it may be impossible to try and quantify the unquantifiable – esprit de corps.

If the dismounted close combat environment will continue to be a distressing and abhorant setting, the ‘wrap’ a modified Regimental System will provide may be invaluable.  The need to unpick 350 years of structural and cultural evolution is not, currently, pressing.  With some administrative and cultural developments, there is no reason why the structure of the current system cannot persevere into the future.  As Patrick Mileham observes “the more intensely humanthe system remains, the more effective it will be – however armies are defined and identified”4.  Expanding the concept of larger Regiments (by amalgamation if required); strengthening the administrative divisional system (QUEENS, KINGS etc.); assigning capability-driven roles to units (as has begun happening with the Specialised Infantry Battalions); and continuing to offer the opportunity for the best talent to move between cap-badges are all very viable steps.  Changes that are simply too seismic for both the organisation and the individuals in it, and that risk undermining the unique and very human nature of the System (especially in order to ‘deliver efficiencies’) should be avoided at all costs.  Once broken, the System will not readily recover, and the British Army will sever a key thread with history that has served the nation well for nearly four centuries.

Dave is an infantry officer with ten years’ experience including: Regimental Duty at a Light Role infantry battalion involving three operational deployments; as an instructor at the Infantry Training Centre; and on the Staff at the Army Headquarters.