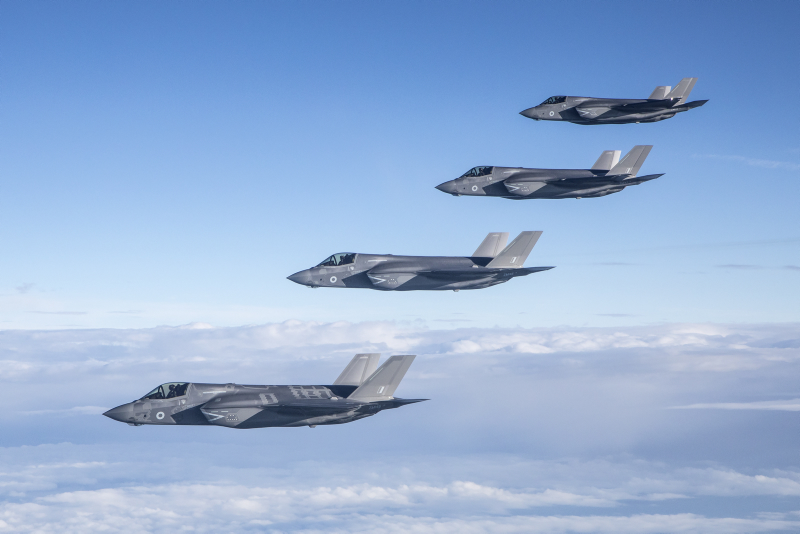 In the 1976 film ‘The Eagle has Landed’, Oberst Max Radl, an Abwehr Colonel, takes several seemingly disconnected sources and through analysis, and a belief in the Jungian theory of synchronicity, extracts a daring plan to capture Churchill in a bid to end the Second World War.

Since joining The Royal United Services Institute (RUSI) as the British Army’s Visiting Fellow in September 2018, a number of disconnected events have captured my imagination: the accidental sinking of HNoMS Helge Ingstad in mid-November, the Chief of the Defence Staff’s Annual Lecture in early-December, and December’s drone incident at Gatwick Airport.  The shenanigans following the annual RUSI Military Science Christmas Lunch created the synchronicity, as the discussion turned to Percy Bysshe Shelley’s 1918 sonnet, Ozymandias.  The outcome – a belief that the West’s hubristic defence and security policies could be on the verge of implosion.

By the mid-1980s it had become apparent to the then Chief of the General Staff of the Soviet Union, Marshal Nikolai Vasilyevich Ogarkov, that Western superiority in information technology risked overwhelming the Warsaw Pact’s ability to wage war. His calls for reform of the Soviet armed forces, with an emphasis on smaller strike forces enabled by cutting edge technology, fell on deaf ears and Ogarkov was ousted by the Politburo in September 19841.  Five years later the Berlin Wall fell and in 1991 the Cold War ended – a resounding victory for the Western way of war.  That was certainly the assessment of Andrew Marshall, the director of the Pentagon’s Office of Net Assessment, who coined the phrase ‘Revolution in Military Affairs’ which led to the concept of Network-enabled Capability and became beloved of military theorists at the term of the millennium2.

The problem is that the theory was fundamentally flawed, not only is it dependent on a broadly symmetric adversary, it also depends  upon vulnerable networked information. Such is the hubris of the West, encouraged by American hegemony in a unipolar world, that despite the evidence of the changing character of war, the increasingly unsustainable cost of exquisite platforms, and a resurgent Russia and ambitious China, it has continued to configure its Armed Forces for the type of War it did not fight, and which it may never fight.  Experience in Somalia, Iraq, and Afghanistan should have demonstrated that the Western paradigm is far from invincible, what is more, after almost thirty years the world is once again multi-polar.  Not only is the Western paradigm vulnerable to asymmetric threats in Small Wars, it is also threatened by asymmetric threats in Information War – the Grey Zone.  The Western conception of precision warfare is unbeatable, but only in the limited context of a conventional war, and it is cripplingly expensive.

So now we turn to the synchronicity, in early November 2018 the Norwegian frigate, Helge Ingstad, collided with a Maltese tanker in Heljefjord.  The damage was so severe that the warship had to be beached, unfortunately the ship later sank and with her around twenty percent of Norway’s anti-submarine warfare (ASW) capability, and hence a significant proportion of NATO’s ASW capacity in the High North.  The sinking exposes the problem of multi-functional, technologically advanced, and expensive platforms; they may deliver precision effects and are unarguably lethal, but they are built in such small numbers that their replacements cannot be easily regenerated. Not only does their nature preclude redundancy and resilience, they are effectively white elephants– so precious they cannot be risked in the types of war for which they are designed, and so advanced they are of limited utility against an asymmetric threat.

The Chief of the Defence Staff in his RUSI Christmas Lecture, re-stated Britain’s continued adherence  to the Western paradigm of precision warfare. In his speech, he stated his intention to defeat our adversaries in both the Grey Zone and in the three traditional domains of war using superior technology.  His statement reinforced the British military’s belief in technological determinism, that technology is a driver of history, and will win wars.  Technology has, however, never won a war and increased investment in ever-diminishing technological returns is both uneconomical and illogical3.  It is a mistake to conflate technological fetishism with precision warfare. Indeed, expenditure on technology detracts from resilience, not just because of the cost of platforms, but also because other important capabilities such as home defence are left unfunded. In the rush to prepare to fight an unlikely adversary using exquisite technology, we have left other aspects of our defence exposed.

So, we turn to Ozymandias.  When Shelley wrote his sonnet in 1818, he may well have been satirising the fate of Napoleon Bonaparte, exiled to the British island of Saint Helena in the South Atlantic after his defeat at Waterloo three years earlier.  The poem tells of the ruined statue of an ancient king, Ozymandias.  The king was so all powerful he believed his hegemony would last forever, taunting his opponents with the statue’s inscription, ‘My name is Ozymandias, king of kings; Look on my works, ye Mighty, and despair!’. And yet, for all the vainglory, his statue and his works lay broken in the desert’s sands.  Much can be learned from the hubris of Ozymandias, hegemony is not forever, superiority can be overcome, and all things return to dust. If the West is to delay its inevitable sunset, it should configure an increasing proportion of its forces to the changed character of war, find alternatives to unaffordable platforms, invest in modern deterrence, and act to safeguard the vulnerable networked information upon which the Western version of precision is predicated.  Reform is not cheap, but reform which leads to a more sustainable and utilitarian defence should be afforded.  It is not the percentage of GDP spent on Defence that matters, it is how the Defence budget is spent that counts; if we wish to stay above the sands, we have no choice.

I met a traveller from an antique land

Who said: “Two vast and trunkless legs of stone

Half sunk, a shattered visage lies, whose frown,

And wrinkled lip, and sneer of cold command,

Tell that its sculptor well those passions read

Which yet survive, stamped on these lifeless things,

The hand that mocked them, and the heart that fed:

And on the pedestal these words appear:

‘My name is Ozymandias, king of kings:

Look on my works, ye Mighty, and despair!’

Nothing beside remains. Round the decay

Of that colossal wreck, boundless and bare

The lone and level sands stretch far away.”