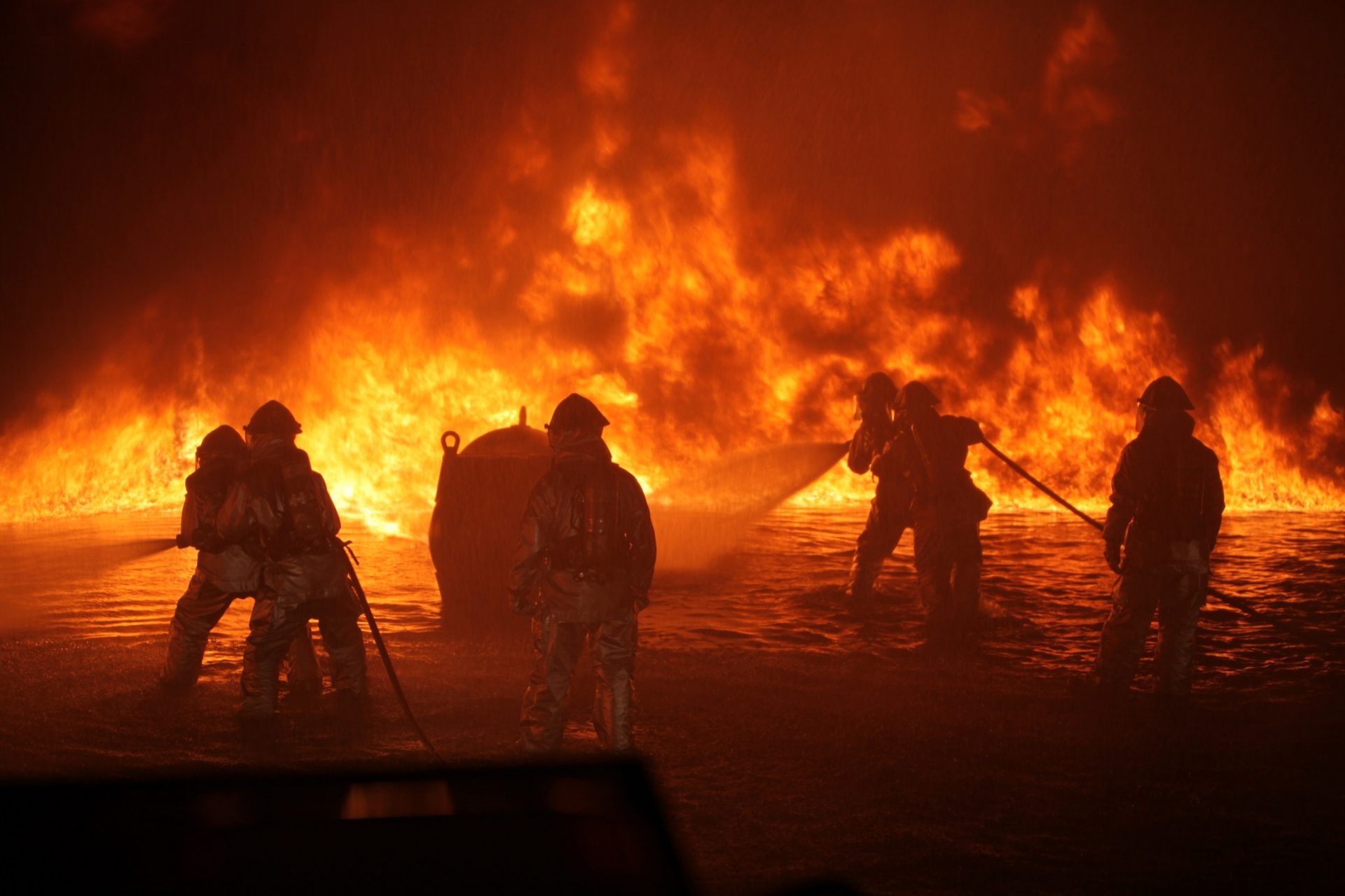 There is much ink spilled regularly on the subject of leadership. Not only does the usual content of leadership cases make for compelling narratives and recommendable works, sectors like defense depend on it for professional development, both formal and independent, in leader quality. In this instance, the example if London Fire Brigade Commissioner Dany Cotton’s leadership around trauma and her firefighters at the Grenfell Fire has relevance to current military practice. I should make clear, the effect of trauma on individuals and what influences the development of PTSD is beyond the purview of a blog piece. It is not the intent to argue here that a leader can affect that process, particularly in a crisis. This piece instead argues two discrete benefits. First, such direct attention can minimize the further problems that those affected might not expect such injury, admit difficulties, or seek help, thus worsening the consequences. Second, and, more broadly where trauma factors as an effect of service, such pastoral leadership will influence the development of committed followership.

Keeping with the Wavell Room’s recent cross-training approach to military leadership lessons, the case comes from outside the armed forces. However, it being the fire service, there are commonalities of peril and civilian casualties that give its experience salience for this audience. This piece also serves to fill a critical gap in the broad discussion of leadership and the military by presenting a woman as the subject. As integration deepens, both sexes in uniform need to see women as role models of the critical military virtues, leadership among them. Finally, this case centers the leadership requirements around the psychological toll of professional trauma. With daily stories of veteran and serving suicides, and the costs of PTSD manifesting, leadership approaches are needed to mitigate the mental health problem where possible. The hardships of these jobs may be unchanging, but a leadership practice that breeds openness and proactivity on the issue is arguably the best approach to a problem with no perfect solutions.

This last focus is important given that the usual limited consideration of leadership to what is necessary to inspire the proverbial soldier to charge a hill is derelict where it forgets what effect that might have. Nevertheless, too much intellectual attention is generally drawn to meeting that former requirement to the neglect of the latter. By examining a pastoral event and straying from the standard contours of the leader narrative of action, on how to move the led to do the grim and dangerous, it forces focus on leadership in the aftermath. As it should. At its most critical, leadership is the responsibility for people at difficult times and in challenging circumstances. And as armed forces grapple with the contemporary harms of traumatic stress, and confront an increasingly civilian-centric conflict model that promises additional psychological stressors, approaching the subject from this perspective is the ethical leader’s burden to assume. Rectifying this oversight for the western armed forces poised to deal with conflicted human terrain is not merely humane or ethical with respect to the personnel, but likely necessary for the benefit of effectiveness.

The events at the heart of this leadership tale were harrowing as the fire at Grenfell Tower wrote a tragedy across the London skyline. In the early hours of 14 June 2017, London Fire Brigade was called to a fire at the tower. As it spread and grew within the first hours, the resulting inferno would take the lives and homes of too many, strain the strategies and tactics of the Brigade, and confront the firefighters with unimaginable horrors. London Fire’s Commissioner, Dany Cotton, made the care of her personnel an early and enduring priority of her efforts at the operation that night and beyond. Her inquest testimony on the balance of responsibilities is clear. Arriving to the scene at 2:51 AM, with the building engulfed in flames,  at the culmination of the systems failures – the fire had not been contained by construction features and the cladding was burning and had spread the fire to the entire building while its waterproof installations confounded firefighting – that had led to a call to evacuate residents, the strategic and operational contours of the crisis were defined and largely unimprovable by any effort she could make. Faced with a crisis whose contours had been defined, Cotton’s role on the evening transformed. Ascertaining that the operational commander had control of the situation as best as could be achieved that night, her tour of the fireground redefined her focus. With building awareness of the scale of the fire listening to the radio as she drove in, the initial, shocking view of the tower upon arrival, and the firefighters who broke down to her about the horrors as she toured the fireground – she understood the toll conditions would have upon the service.

Clearly affected, she recounted bluntly in her testimony the distress she encountered among her firefighters, and how that influenced the balance of her responsibilities on the night. While lengthy, the following excerpts provide necessary texture to the context which shaped her actions:

Normally you go out and just make an assessment of the operational plans and tactics, but I’d spent a large number [sic] of time talking to firefighters who had broken down in my arms, firefighters I had never met before, firefighters I didn’t know. I’ve never seen a situation on the fireground where firefighters are openly crying and distressed, and I felt in that moment in time that I wasn’t 100% performing the monitoring officer role according to the policy, but I felt that was a for more important place. And Andy [Roe] assured me that at all times he felt fully support and he never at any point felt that I wasn’t fulfilling my role. It was my personal reflection as a result of a very emotional situation that I had been involved very closely with some very, very distressed people and that was my priority at that time. There was absolutely no way I could have had a firefighter burst into tears and just walk away and leave them at that moment.

This was a leadership moment that she could not ignore. Reflecting upon the emotional stress of the operation, Cotton connected a pastoral function to the ability of the firefighters to face the dangers and stresses of the operation

the situation they were going into was life threatening to them. I felt that if I as their commissioner went into the tower and spoke to them and showed I was prepared to be in the same situation of risk that they were it would give them the impetus to feel that could carry on doing the tasks they were doing. I’ve had people subsequently say to me it made a complete difference to them, the fact I was in there and I was prepared to risk my life in the tower to be there and support them.

Attention to the stresses of the operation upon her personnel continued the next morning. Recognizing the effect of the severity of what they witnessed and endured, her first public communications later that morning spoke to the normalcy of trauma and the institution’s responsibilities to the firefighters at Grenfell. The next morning, in an interview with BBC, Cotton spoke directly to the public on this issue. Citing the common image of the firefighter as “roughty-toughty,” stoic and strong, Cotton was a voice of their humanity and vulnerability to harm under such circumstances: “I’m more concerned longer term about the mental impact on a lot of people who were here, because it’s an unprecedented event and people saw and heard things on a scale they had never seen before. So going forward, one of my main concerns for my firefighters is for their mental well-being, and doing trauma and care counseling for them.” This point is critical: not only did she tell her firefighters of the risk, she spoke these words to the world. Let the ramifications of that act sink in. Families and friends alerted, the firefighters could be comforted to know people were aware of the effects, that trauma was unmasked as normal. There would be no need to hide, less requirement to explain, and little reason not to recognize how the event might affect them.

Early acknowledgement that this event, even as it might spare them physical harm, could emotionally injure personnel and promising care is a profound example of the pastoral requirement of leadership. Beyond the direct importance of tending her personnel, this act was powerful act of broader leadership. By prioritizing the care of personnel, the practical effect, both in the moment and enduring should be significant. For the firefighters at Grenfell, she witnessed their pain and promised relieve. Furthermore, we cannot overestimate the effect on firefighters at a future event under her command: they will more easily broach similar horrors knowing their injuries, of any sort, will be tended.

Did Cotton make the emotional, pastoral care of her firefighters a priority because she was a woman? Such a view is simultaneously trite and insightful. Trite if the view is that ‘biologically’ women are more capable of and prone to take up the mantle of emotional caretaking. An insight because, as a woman, without the expectations of masculinity that surround emotions, it was simply easier for her to acknowledge this form of harm. Furthermore, she could make clear that emotional injury was not a contradiction of the physical bravery upon which fire services depend. Return to her words above – she is pushing back against the masculine stereotypes that have made it difficult for members of her “tribe” to confront these harms with the same forthrightness as for physical injury. But do not mistake the lesson to be that only women leaders can tend to the emotional well-being of personnel. Rather, understand that Cotton has led on the issue, establishing the importance of this leadership role, and set the standard for her peers.

Rather than worrying about the effect that gender or sex might have had on her decision-making – and I suspect she would say she was thinking as a firefighter first, foremost, and last – it is far better the revel in the fact that women are delivering on the promise to expand capabilities. Moreover, as an early entrant to leadership that resembles something the armed forces can recognize, a standard setting effort is a good start. Already trailblazing in her own field, faced with the most challenging of situations, Cotton more than met the burdens of her command. Adding to that, to be an exemplar for modern leadership is remarkable. More than this brief essay, this case is ripe for deeper study and inclusion in any modern leadership curriculum. [Ahem, ICSC(L).]

For more on Cotton as LFB Commissioner and the aftermath of the fire: 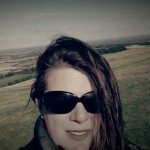 Jill S. Russell is a military historian of the American tradition, with expertise in strategy, logistics, diplomacy and security. Her experience includes defence consultancy and Professional Military Education (PME) in the U.S. and UK, as well as expert commentary on military affairs.  She is about to do something new, so keep an eye out.