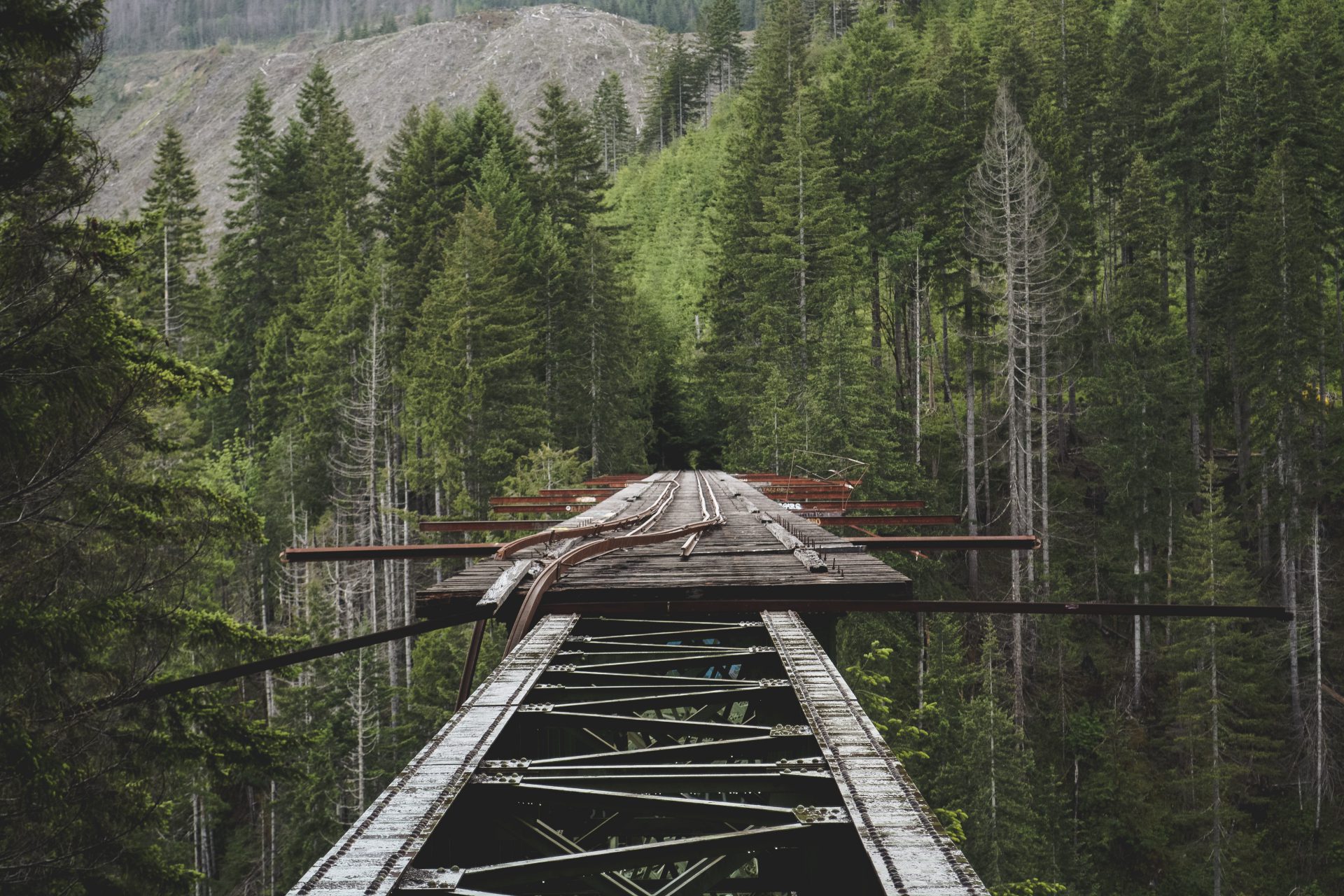 Here we go again, the Army, this time under the guise of Programme CASTLE “is rethinking career structures, learning and development and talent management”. In 2015, General Sir Nick Carter, revealed a change in direction for the Army.  To become a more forward-looking employer the Army must ‘maximise talent’.  Although released at the Women in Defence UK conference, “it’s not just about woman, gender or ethnic minorities.”  Maximising talent is “…giving everybody the opportunity to maximise their potential.  That means it’s about culture, about career structure, but fundamentally it’s about an Army that gets the best possible deal out of all of the people it would like to employ.”  Almost four years later, there have been a few ‘sprints’, leaving most people out of breath, but the culture and career structure look pretty much the same.  This article analyses the need for and resistance to change whilst suggesting changes to current career structures.  If you do what you always do, you will get what you always get.  To turn ‘maximising talent’ from rhetoric to reality the Army needs radical change, not more rhetoric and no action.

As the Army has reduced in size over the last 60 years, many have noted how it has failed to ensure the Army of today is ready for the challenges of modern warfare. In other words, it has failed to maximise talent.  This either means the Army is unable to change or chooses not to. In 1959 the Army Estimate debate offered, “The Army needs to change to keep up with modern warfare”.  In 1990 the Defence Secretary the Rt Hon Tom King briefed about the Options for Change programme.  “The aim is a smaller force, better equipped, trained, housed and motivated.  They will need to be flexible and mobile …”. In 2012, Philip Hammond said, “Army 2020 will create a more flexible and agile Army. Unlike the past, it will be set on a firm foundation of men and material, well trained, well equipped and fully funded”.  The Army is alive to the need for change, it knows that it must remain flexible and adaptable but, as the quotes above show, it has failed to keep up.  In 2019 the Army still has terms of service (ToS) that were designed just after WW2.  It is difficult to argue that these are still fit for purpose.  The oft quoted: ‘If it’s not broke, don’t fix it’ just highlights the inability and resistance to change.

The Old and the New School

The Army can evolve and change.  Training evolves, equipment evolves, and for 12 years it was forced to evolve to meet the challenges of a dynamic counter-insurgency (COIN) campaign.    During this evolution the Army, its structures and career paths have become even more complex resulting in short term fixes to meet the operational need.  They don’t support the current and future workforce and the workforce isn’t content.  This is clear to see in the current voluntary outflow (VO) rates and the Armed Forces Continuous Attitude Survey (AFCAS).  To figure out why the Army chooses not to, or can’t, change we must look at the things that endure.  These are [in my view] the culture and a hierarchical structure that is task and not people focussed and no longer fit for purpose.   If the Army wants to change and remain relevant, it must look impartially at its culture and ‘bottom fed’ progression.  Today’s workforce is not like the ‘old school’.

The ‘new school’ is different.  To create a culture that is aligned to these differences we must understand what they are.  According to a Deloittes Study the main motivations of the current and future workforce are; flexibility (a good work/life balance; progression) progress without waiting for a promotion; authenticity (no false promises); and fun.  Deloittes concluded that all of this must be wrapped up in a culture of open, transparent and frequent communication.  These motivations are quite different from the patriotism, duty, security and selfless commitment of previous generations.

The workforce is transitioning from institutional to occupational, vocational to contractual.  If we want to make maximising talent a reality, the Army must offer more flexibility than a late start on a Monday.  Some ideas could be; more flexible terms of service allowing lifestyle to be achieved; more freedom to move between regular and reserve forces without negative career impact; de-linking rank from pay to offer progression without promotion; and, acknowledging the shrinking gap between officer and soldier.  Greater flexibility with terms of service would allow the retention of a large senior soldier cohort who leave the Army every year.  A cohort who could fill vacant SO3 appointments across the force.  These changes would need ‘buy in’ from the generation who sit at the top of the pyramid, a generation who are motivated by different things.

Alongside flexibility there is a need to simplify the complex.  Currently there are c700 soldier variations to career paths and c120 for officers.  Rank, trade, capbadge and many other variables influence these.  To enable a career structure that suits the current and future workforce, this must be simplified.  The other rank (OR) career streams could be simplified to three.  First, OR generalist, this will likely be the most physical and should remain 22/24 years.  Second, OR specialist, providing a career path until 55/60 whilst pay de-linking pay from rank.  Lastly, OR executive.  This could be similar to the current late entry (LE) officer path, whilst creating more competition for Sub-Unit Command (SUC).

Officer career paths should be narrowed to two.  First, a career path for specialists.  This could feasibly see an officer being employed ‘in lane’ with the ability to move out to staff.  Second, a route for those suited to command.  This route would see officers commanding at every level and moving between command and staff.  To achieve simplicity fluid movement between the reserve and regular force is essential.  There must also be acknowledgement that rank does not equal skill.  The ability to command should not dictate your ‘ceiling’.
This would likely be a hard sell for a culture that can be ‘command nepotistic’ and an Army that can be institutionally arrogant and wilfully blind.

The shrinking ‘working class’ in UK society and the growth of those taking tertiary education mean the perceived gap between officer and soldier is shrinking.  This must be echoed, particularly in the specialist career streams and the ability to commission earlier from the ranks.  Those soldiers in the ‘executive’ stream that show talent could commission without attending the commissioning course.  To simplify the complex, the Army must be clear what it wants.  It needs good soldiers and officers.  It needs talent, not targets. Gender, ethnicity and sexual persuasion is irrelevant.  It needs people who will, when the time comes, stop what they are doing and answer the call.  Putting a ‘spotlight’ on minority groups or having ‘token effort’ attempts at inclusion will not change the organisation.  It will in fact make it even more complex, misunderstood and therefore potentially less appealing.

The Army continually acknowledges the need for change to keep up with an evolving and modernising world.  The House of Lords debated it in 1959, The House of Commons debated it in 1990 and the Defence Secretary briefed it in 2012.  In 2015, the Chief of the General Staff (CGS) was clear that the Army must maximise talent.  Although not a new message, for the first time the message was delivered by a 4* General.  Buy in from the very top is fundamental when trying to overcome the cynics and the ‘old school’ anchors to change.  To change and retain the ability to evolve the Army needs to do a few things.  First, it must understand the motivations and needs of a new generation and design a structure that supports those needs.  This must be deliberate but cautious with flexibility and adaptability ­­­at the core.  Second, to be as ‘future-proof’ as possible we must simplify and be clear about paths, pay and progression. Programme CASTLE, better communication and understanding are all positive steps in the right direction to challenge the status quo and turn rhetoric into reality.  Finally, the Army is an Army.  At some point it will be required to go and do Army stuff.  When that time comes, race, gender, sexual persuasions are irrelevant.  The ability to fight and win is relevant, only then will we know if the current drive to maximise talent has been successful.  Only then will we know if the Army has maximised the ‘right’ talent.

Finally, there is a paradox in making these radical changes and being more flexible for a lesser committed workforce.  When there is a need to ‘break the glass’ and deploy the Army, the Army needs a workforce that is selflessly committed and perhaps less flexible.

Photo by Ruben Mishchuk on Unsplash 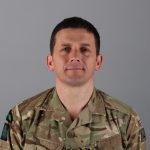 Major Stuart Potter is a Late Entry Officer currently employed as SO2 Policy Operations at the Army Personnel Centre.  In the last 5 years he has been an RCMO, SO3 career manager, and ICSC(L) student before returning to the APC.  In his current role Stuart deals with current manning policy challenges and works with WF Pol to develop policies to support the changing workforce