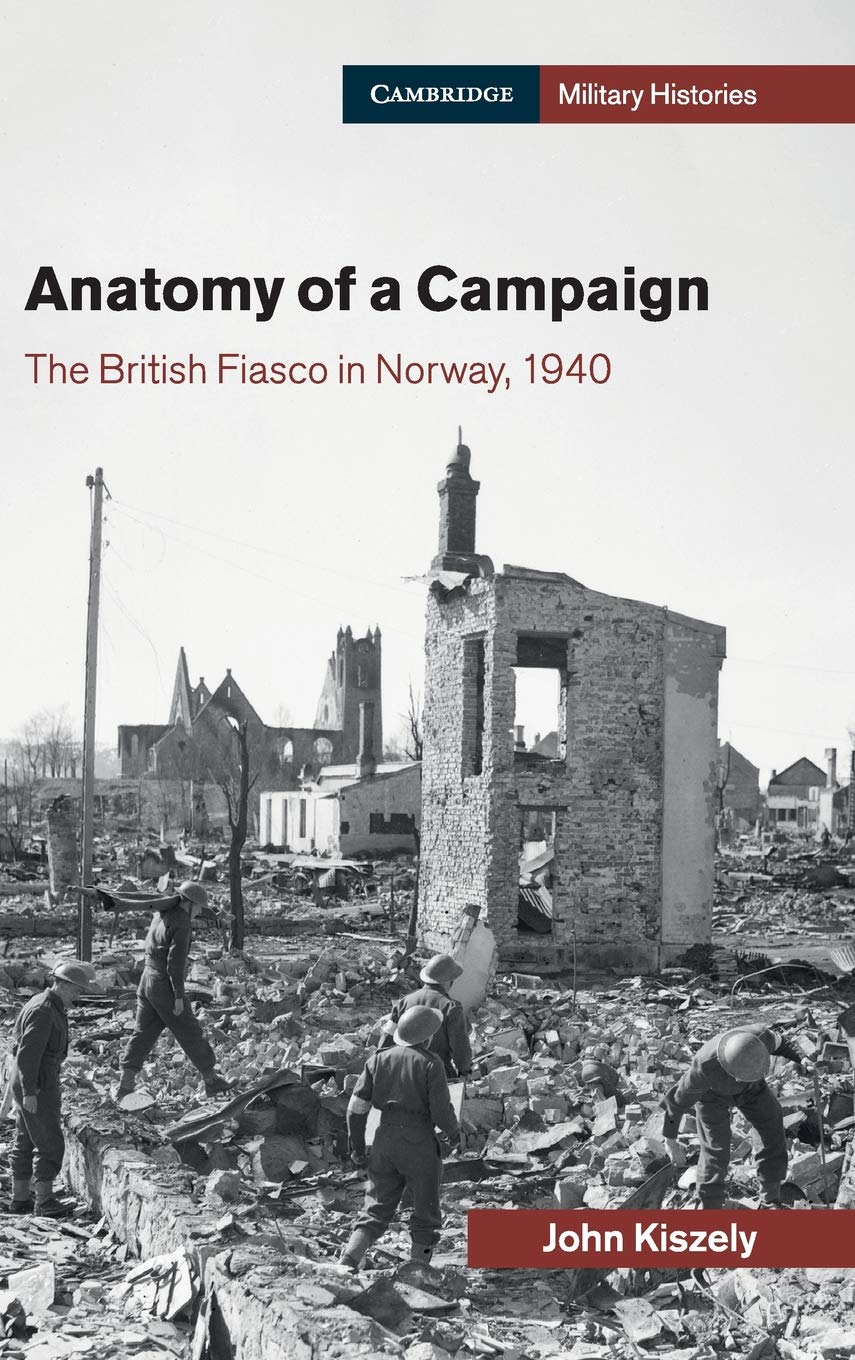 A British military expedition conceived by an ambitious politician with little strategic consideration other than taking the fight to the enemy.  Military-strategic planning weakened by single service rivalries and senior officers unwilling to speak truth to power.  A flawed plan discovered by an adversary who subsequently steals the initiative, aided by dis-jointed and flawed British intelligence.  A chaotic British response, directed by fragmented command and control across a disjointed theatre; unaided by extreme micro-management from London.  Untrained, de-moralised and woefully ill-equipped British troops retreating in the face of a well-prepared adversary employing combined arms manoeuvre and rapid mobility.

Although some of these details may sound familiar to contemporary readers, this is instead just part of the story of Britain’s military fiasco in Norway in 1940.  The campaign barely registers in British military thinking and education, but former Lieutenant General Kiszely has corrected this with an instructive and insightful assessment.  In his preface he makes clear that he has identified a gap in the historiography concerning the British strategic direction of the conflict.  Although the book does provide some tactical detail, it instead focusses on applying Kiszely’s own extensive military experience to analysing the British strategic and operational planning and decision making.  The book adds to the historical debate with his assessment that it was British amateurism and incompetence at the military-strategic decision-making level which were as responsible for its ignominious conduct as much as the already well-known allied intelligence failures and German air superiority.

“Without a continuous and relentless focus on strategy, ministers and their advisers lacked consistency of thinking and of contextual guidance for action.  Instead, attention became fixated on what to do next and on eye-catching tactical schemes.” – Kiszely.

Although the focus is on the British, the book covers both the Allied and German sides of the campaign, with a focus on how the German strengths in their campaign design aided in their victory.  A strength of the writing is that Kiszely seeks to understand what information the decision makers had available at the time, rather than that available with hindsight to historians.  The personalities and performances of the key British military strategic decision makers are analysed in depth, with most found wanting  Kiszely’s selection of primary sources are particularly scathing about Churchill.  It is painfully ironic that it was this shambles of a campaign, primarily of Churchill’s own devising and culpability, that led to then Prime Minister Chamberlain’s resignation and Churchill’s elevation.

Although expressly not a tactical account of the campaign, Kiszely’s description of events make for uncomfortable reading to a British military reader:

“Truck after truck of hysterical British solders drove past me. When I reached Fåvang, there was wild confusion on the road. British officers had managed to stop the trucks and tried unsuccessfully to restore order.  They refused to follow orders and drove on, yelling and screaming.” Tage Ellinger, Danish Officer serving with the Norwegian Army

Although some chapters begin with a map, providing the names of key towns and geographic features, more visualisation of events would have been helpful.  Particularly on a subject involving unfamiliar Norwegian place-names and topography.  That said, the inclusion of aerial photographs provide a sense of what the contested amphibious landings north of the arctic circle in bad weather (ordered but never carried out) would have involved.  And Kiszely’s own combat experience an assessment of how these would have fared.

Kiszely calls the Norway campaign “a textbook example of how not to plan and conduct a military campaign.”  Inferred judgement on the way strategic planning was conducted for more recent British operations can be readily perceived.  The numerous warnings from the failures in Norway jump out from the page.  Particularly when considered that Norway was a multinational campaign conducted by an alliance of democracies against an authoritarian regime after a long period of peace.  The book is replete with lessons for those involved in strategic and operational planning, for senior officers close to the interface with policy makers, and for all those with a general interest in military history.

The Dementor Layer: Military Identity and the Death of Retention.