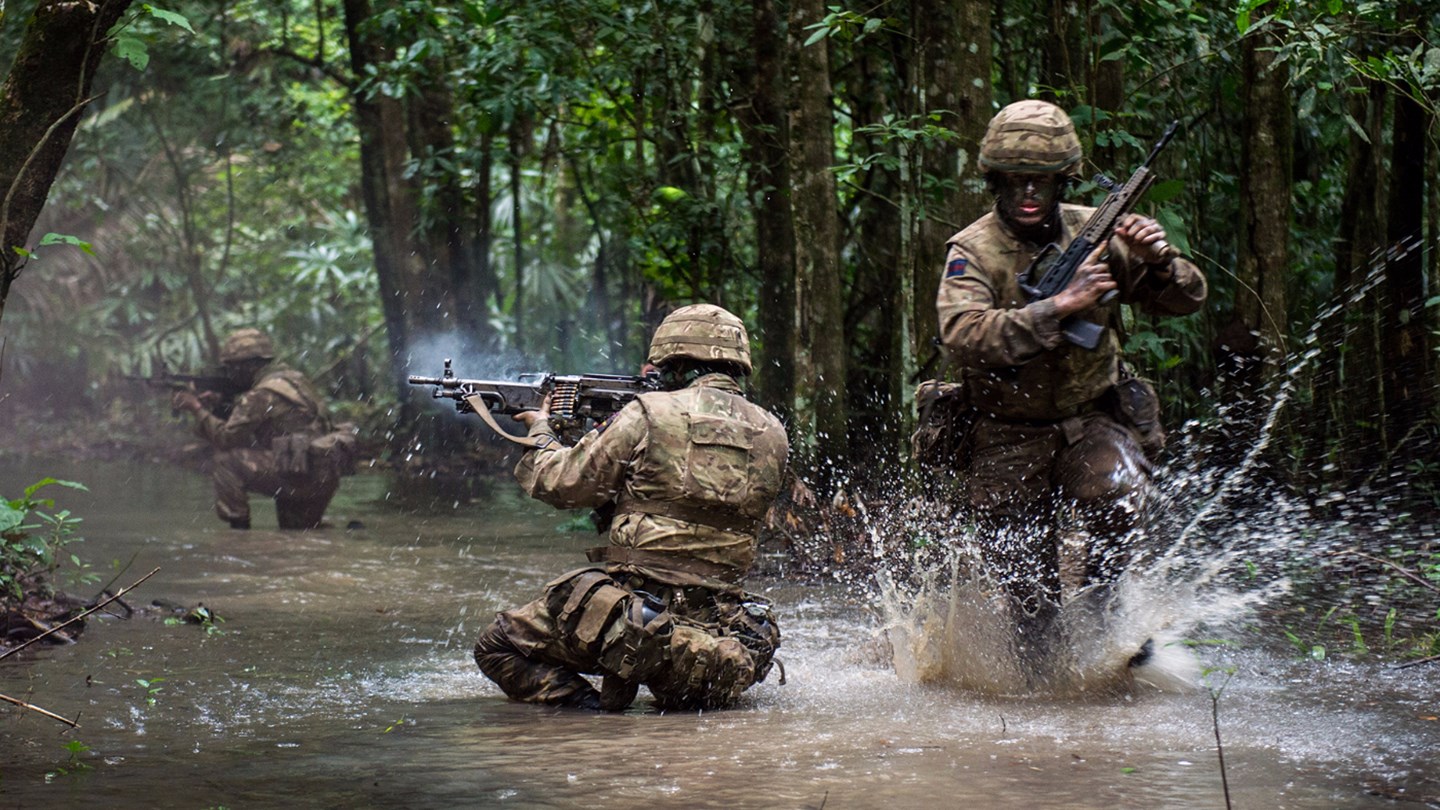 For those who’ve been graced with the opportunity to attend a battle course in Brecon, you will no doubt be familiar with the utility of the Combat Estimate or ‘the 7Qs’.  For those who haven’t yet had the chance, it is a tool, used mainly by Commanders in contact with the enemy, which builds the vital awareness of the problem faced.  On completion, if conducted correctly, it will provide a plan which supports the intent of your superiors and gets the best from the troops on the ground.  It encourages rational thinking and does so through a set of methodical questions ranging from “what is the situation and how does it affect me?” to “how best can I achieve each action/effect?”  I would strongly recommend anyone to get ‘eyes on’, regardless of trade or profession, the reasons why will become apparent throughout this article.

Having lumped my sorry carcass around ‘rolling hills with interspersed woodblocks, known to be used by enemy forces with going is generally poor to bad underfoot’1, for what seemed far too long, I was entrusted with command of a section and the tools to not only lead them, but to effectively engage in offensive actions against the enemy. One of these tools being the 7Qs. I refined my use of them with a questionably waterproofed crib card2and its power was immediately apparent to me. It allowed me, for once, to take a pause and think effectively about exactly what I was about to do, and how best I was to go about it and I felt very much in control.

I was starting to find my feet as a newly promoted section commander, it became clear that the 7Qs (in my experience, at junior command level) was not a ‘thing’ and it was considered ‘a breconsim’ to be seen with a crib card on a section attack at battalion level, was almost a slight used to define a newly promoted and inexperienced ‘screw’3. It was as if the 7Qs had been mastered and permanently etched into the brain of those more senior to me; with the benefit of hindsight and experience, this simply was not the case, and I’d argue we have grown lazy. We favour making decisions on instinct over methodical and logical problem solving. I was dumbfounded that the 7Qs was being under-utilised and that many people did not fully see or understand its potential and I looked for applications outside of contact.

Q.1 “What is the situation, and how does it effect me?”

My interest in the wider application of the 7Qs was initially sparked by a Platoon Sergeant who would regularly ask the same questions of me.  Those questions would follow closely after I had been told to organise something; whether I was tasked with everyday business or asked to organise a punchy attack lane to prepare soldiers for an upcoming exercise.  The format was always the same, “What is it that you want to achieve?” and “what resources do you require?”  There was a reason he’d used this format, albeit slightly modified in its wording.  He intended to cover all bases when either in control of a task or facilitating another and it accounted for 99% of everything.  From specifying what needed to be achieved, how it was best to do it, what resources would be needed and from that being able to understand the potential lead time to secure high value resources such as ammunition or generators.  By taking the time to think about the situation and how it affected him, he was able to produce a credible CoA (Course of Action) that others could invest in.  From the Quartermaster being able to provide the ammunition, to the signals department ensuring radios were good to go for a set time; it let everyone know their role.  Now, let’s consider the potency if everyone in this chain then gave consideration to the 7Qs regarding their tasks from the original CoA.  This would result in an environment that was both efficient and achieving its aims.  The second order effect of encouraging critical thinking is that fast-balls and last minute tasking (the bane of any soldiers’ service) would not arise in the first place.

As I invested further into the idea of the non-combat estimate, I asked myself Q1 repeatedly, starting the chain reaction of Q’s to follow. I found that its applications were endless, again with slight tweaks of the doctrinal wording and began to use it in everyday work and it even saw use in the planning of a trip away with civvie friends. I saw others doing something similar without realising it, but often in the wrong order which could significantly reduce the effectiveness of what it was that they had hoped to achieve. The order, I learned, is very important. By not sticking to its methodical order, I would run the risk of running before I could walk and making assumptions without understanding the context, I’d revert to the instinctive decision making, mentioned previously. For example, I have been tasked with planning and delivering a lesson about a new and innovative piece of equipment my unit will soon be issued. If I follow the 7Qs, but neglect Q1 “What is the situation and how does it affect me?” until the end of my planning cycle, I run the risk of planning my entire lesson without considering who my audience actually is, which may have decided what resources would have been best suited and how much time I would require to teach. It results in one of two things: time wasted by through revisiting the plan; or a less effective outcome if we don’t identify the context we are operating in.

I had all but forgotten everything I had learned in the sweltering heat of a summer DTTT (Defence Train the Trainer) classroom, I was quickly reminded of the importance of goal-setting upon arriving at ITC Catterick4. The entire learning system is based around the lessons crammed into the DTTT package. I felt somewhat uneasy as I googled what a SMART goal actually was, as I frantically attempted to jog my memory. For those reading this and have unfortunately found themselves in a similar position, a SMART goal is a tool used more commonly in the army to break down goals into five key areas: Specific, Measurable, Attainable, Relevant, Time based. Without going too much into each, the idea is that it increases the likelihood of an individual achieving the goal because they have delved deeper into the specifics of how and when they will achieve it. Funnily enough, there was a similar system that I was significantly more familiar with, that not only achieved all the areas of a SMART goal, but dug even deeper: the Combat Estimate. It was more relevant to my line of work than SMART goals and would continue to improve my effectiveness in its application in and out of contact because I was constantly using it. This was already my bread and butter.

I was given a cohort of recruits and after the first training module report I noticed that the goals I was helping to set formally to individual recruits lacked punch and substance. Usually consisting of a generic:

Now whether this was down to my lack of understanding of the method or my lack of experience using it, it didn’t feel personal and it didn’t feel like I was investing in the recruit. I decided to print a modified 7Qs that had been written to exclude the unnecessary wording that a recruit would not understand and after a brief explanation of exactly what it was, I would ask them to produce their goal and a credible COA. The impact was significant and in my opinion encouraged critical and considerate thinking much more than I had seen with the SMART model and covered so much more. It allowed the recruit to develop his reason why, without it coming from my mouth. I’ve only even seen that it increases their chance of investment; ’why’ for many, including myself, can be our Achilles heel. Without it we see little point, or indeed the wider importance, in what it is that we hope to achieve. Encouraging understanding of the ‘why’ early on, especially in recruits, is critical to their success or failure in transitioning from civilian to military life. The 7Qs achieves exactly that.

With that seed now firmly placed in those who are most like to be using it they will leave the warm embrace of ITC Catterick and eventually make it to the trials and tribulations of career courses they will be better placed to use it.  This will ensure soldiers are better equipped with information that is relevant to their career; reinforcing a similar idea a few years later will increase the likelihood of successful application.  To use a system that they are well practised in can only boost the success of all future commanders in contact.  The future generation of soldiers that I am training will one day be in my shoes and be expected to take the fight to their adversaries in both the mental and physical battlefield, in and out of contact, are we not best to give them the tools now?

And for those outside of the military context and looking for a proven method to planning, goal setting and problem solving.  This is exactly that.  It’s been forged through the blood of many good soldiers who unfortunately lost their lives to poor planning and is, in my view, bombproof because of it. 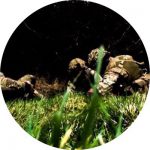 An infantry section commander working at the Infantry Training Centre Catterick.  Passionate about training and mentoring and developing the future war fighters for the Field Army.