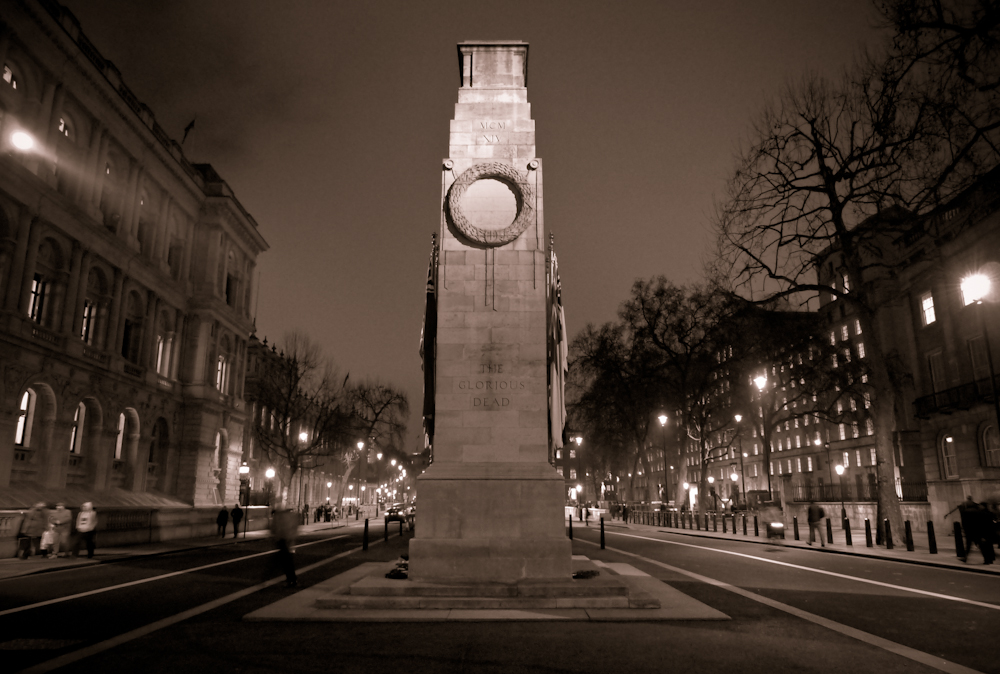 In the previous article we explored some advice to the aspiring Staff Officer expecting to be deployed deep into the hostile territory of Whitehall, working alongside the unknown component that is the Civil Service and trying to work out what it is they do all day. In this article we dive a little deeper into the structure of the Civil Service, how it works and some thoughts on how you can begin to work best with it.

The Civil Service dates in its current form to the 19thCentury, when in the aftermath of the Crimean War, significant reforms were made to how the British military and civilian machinery of Government functioned. In structural terms it was organised into a series of departments, staffed by personnel at a variety of grades from junior entrants through to senior Permanent Secretaries.

Promotion was on merit, and initially based on years of service (e.g. an Executive Officer would expect to enter the promotion zone for Higher Executive Officer after around 7 years’ service). To this day the broad grade structure survives, although promotion is now purely on competitive merit, and not on time served alone.

The modern Civil Service can be broken into four distinct bandings. The ‘administrative grades’ – known as Admin Assistants (or E2/E1 in the MOD), who are the unsung heroes responsible for much of the routine administration and support required to keep departments working. In many departments they function as the delivery arm to the public – for instance working in job centres or other front-line locations.

The day to day policy development and delivery work is done by the so-called ‘Executive Officer’ bands (in MOD this is the D, C2 and C1 grades). This is increasingly where much of the day to day work is delivered, with desk officers owning responsibility for a policy area or subject. In the MOD, and most other departments, it is common in Whitehall to find many staff in the C2/C1 bracket – partly because of their role, and partly because this is the first level where the pay could be seen to be sustainable for a high profile central London post.

The Grade 7/6 level is essentially the first level of ‘senior’ management, where individuals will be responsible for running larger teams and taking broader responsibility for delivery of projects and issues. For example, a Grade 7 may run a small team taking a Parliamentary Bill through from concept to final Royal Assent, or a Grade 6 may be responsible for acting as a Chief of Staff function for a major business area, co-ordinating the efforts of many different teams.

Above this lies the ‘Senior Civil Service’, an area where people are increasingly responsible for managing entire directorates or multiple team areas, and who are publicly accountable to Parliament for their activity. The SCS has several sub-grades which are roughly analogous in responsibility to the 1-4* rank range in the military, leading up to the Permanent Secretary in each department.

A final point to consider is that outside of London staff tend to be fairly junior, and it is common to find mid level Civil Servants leading large teams focused on operational delivery. Inside Whitehall the reverse is true, and there are a great many senior staff not leading many people at all but developing policy changes that can impact the lives of millions.

Given all of this, how on arrival, how does a keen officer hope to make a good impression? The first thing newly arrived military staff in Whitehall realise is that life in the military is in some ways very easy indeed. If you go to a military meeting in or out of uniform, it is possible to construct an instant social hierarchy in the room within the first minute based on introductions and rank tabs alone.

The round table ‘I’m Major X, Colonel Y, Squadron Leader Z’ helps attendees orientate themselves, work out who is primus inter pares, who needs to be listened to and who you need to undermine in order to stand a better chance at outcompeting in the next promotions board…  Order is established in seconds, with everyone knowing the pecking order and their place in it.

By contrast a meeting in Whitehall can be a daunting place. Everyone wears civilian clothes, and there are no common dress standards. While some persist in wearing jacket and tie to work, others wear t-shirts and jeans. Do not make the potentially career limiting mistake of assuming the person wearing denim jeans and t-shirt isn’t worth listening too on account of their sin of wearing the devil’s cloth. There is no easy cue card of rank tabs on display, nor job titles that explain what level someone is.

The key lesson to learn here is that Whitehall does not work to the same rank system and power base as the armed forces. When you go to a meeting you cannot assume that because you are a newly appointed Lieutenant Colonel, you can expect automatic deference and results when you give an order.

Instead the people around the room will vary widely in experience, grade and role. You need to work with them as individuals on a collegiate basis and not assume that you are automatically ‘IC Meeting’.

This may sound obvious, but many officers who are used to a strong hierarchy and rank structure sometimes struggle to work well in a Whitehall system used to delivering results by consensus not orders. For the first time in your career, you will be coming across people that you think are junior to you, but who can, and will, say no to you. To work effectively in the system, you need to be able to carry people with you, not assume they will do as you tell them.

The MOD is a special case in some ways due to the existence of the so-called ‘military equivalent’ system which tries to work out the link between a military grade and a civil service one. This owes its past to a combination of messing requirements, and also identifying who would report on who in larger organisations. In the past it made sense when promotion occurred at the same timescales as the military (e.g. an EO would promote to HEO in the same time as a Captain to Major), but these days the system is a little bit harder to compare.

While gently mocking the ‘civilian equivalent’ grade is a well-established pastime for military staff working in MOD establishments (and equally a wonderful source for MOD civilian staff to get quality bites out of overly pompous or precious individuals), it has very little relevance or meaning outside of the MOD.

To this day the MOD retains a reputation in the Civil Service as a Department where the civilians tend to speak in acronyms and dress and conduct themselves in a most military manner. It is very different in the rest of Whitehall and you should be wary of assuming all departments are like the MOD. Even the language is different – to most Whitehall departments a ‘commission’ is a task to produce a written product, not a piece of parchment to be framed and kept in your toilet.

One of the key cultural differences between departments is that different posts have very different levels of responsibility relative to their grades. For instance, the FCO traditionally delegates a significant amount of responsibility down to a relatively junior level, where an HEO may find themselves owning responsibility for a policy issue that in another department would be held at the OF5 type level.

Different departments work at different levels and promote at different points. A very easy way to fail at consensus building is to subconsciously translate grade into professional competency or equivalent rank. What this means is that when you arrive at a meeting or start convening joint working you need to expect to work with people based on their knowledge, not their grade. This may sound obvious, but some officers suffer from a cultural blindness where on asking an individual’s grade, they mentally work out the rank equivalency from the MOD and assume ‘oh I’m senior to them, what can they possibly know about this’ or other such rubbish.

The second lesson to remember is that while your rank is important to you, to an outsider, it’s an odd job title that sounds a bit strange. When working in Whitehall you may find that introducing yourself as ‘Maj X or Commander Y’ is second nature in the military environment, it puts barriers up in your dealings with outsiders who don’t really understand you or your world.

I’ve worked with some military officers posted into Whitehall roles outside of the MOD and one of the first things they do is ditch the rank title and work like all other civil servants do, on first name terms. They found that, particularly when emailing into MOD, they got a very different, and at times more positive reaction, from military staff than if they had used their rank title – because the responder did not have the same level of unconscious bias about the senders rank, position in the hierarchy and relative importance to respond to vice others. It may be worth asking yourself on arrival whether you need to put your rank in your signature block, or would your job title suffice?

The next piece of advice to prosper is a simple one – be the grey (wo)man. In other words don’t act in a way that makes you stand out for the wrong reasons, or marks you out as someone who cannot work well with others. Blend in among the others and learn from them.

Working in Whitehall requires the adoption of an entirely different mindset based on network building based on ability, not titles. A good well-run cross Whitehall project will bring together people from multiple departments – but even if you work together for months, you may never learn their actual grades. Rather than trying to create an instant ORBAT for your team, just go with the flow and let results happen. You may be pleasantly surprised by what emerges as a result.

Relationships matter too in your dealings with your direct team and counterparts, and how you approach them and help represent the Armed Forces. In the next part of this series, we will consider how you can build a good working relationship with your peers and the Private Office, and the different types of people you will encounter, from seasoned old hands through to new Faststreamers – advice which could be neatly distilled to read as ‘Don’t be Gareth’…

A former MOD official and reservist Officer, ‘Sir Humphrey’ worked across a range of defence and national security issues during his time with the MOD. He has worked in the Centre, PJHQ, FLCs and deployed on Ops TELIC, HERRICK and KIPION.

He is the author of a blog on defence matters (www.thinpinstripedline.blogspot.com) which tries to provide objective analysis and coverage of defence issues in the media and beyond.