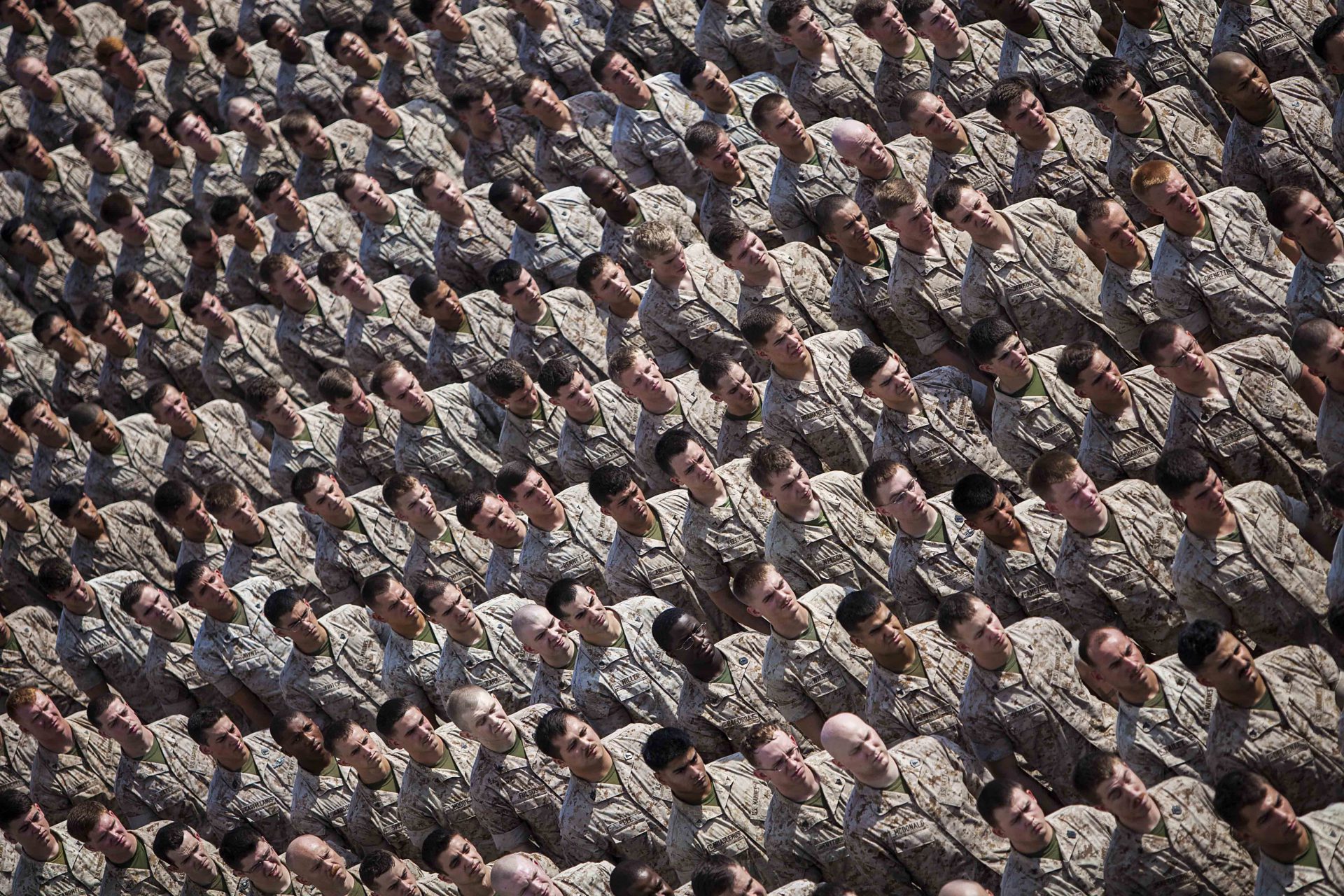 This is the written version of a speech delivered at the Royal United Services 2019 Land Warfare Conference in June 2019.

In order to remain competitive in a new strategic environment, the United States and United Kingdom armed forces must recognize and recruit civilian talent.  Talent is the main driver of success for western militaries, yet current military models are not oriented around comprehensive metrics, but rather outdated measures of what matters to militaries.  To maintain overmatch, militaries must reward preexisting civilian expertise, necessary for recruiting talent and retaining qualified individuals.

Routinely commanders espouse that “people are our greatest asset.”  Yet the actions of the services do not reflect these words.  Personnel management may not be flashy, but people and their capabilities are the foundation for all military endeavors.  They are as important to military success as weapons systems and technological modernization.

Advances in technology will shrink end strength over time and militaries are likely to do more with fewer people and intelligent technology.  Models of future warfare assume militaries operate in degraded environments where communication is limited and information in question.  This environment demands a smaller number of highly skilled individuals capable of thinking critically and flexibly when operating complex platforms and responding to crises.  Such market and technological shifts must be met with organizational adaptation so militaries can remain competitive.

The US and UK cannot assume maintaining existing personnel talent processes are sufficient.  The US has already seen numerous repercussions of a strained force and must challenge the traditional ways of doing things.  Otherwise the US risks maintaining air dominance without pilots, a global naval force without trained and skilled sailors, or information operations without individuals with cultural knowledge.

Talent management in the US military tends to be narrowly focused on keeping people in their jobs.  Sometimes this is regardless of their preference or fit.  Instead, talent management should be focused on both attracting talent and keeping it.  This starts with the military working harder at maintaining its relationship with society.

The first hurdle is getting people with the right skillsets and aptitude into the military.  Therefore, the Department of Defense/Ministry of Defence must better leverage recruiting commands.  Young people are broadly uninterested in, and unknowledgeable of, military service.  Rather, they are exposed to stereotypes of service without personal connections to challenge such views.  This lack of understanding both limits the talent pool and the number of applicants from which the services can recruit.

At a time when the civil-military divide seems to be deepening, appealing to those who may not have previously considered service will remain a core challenge.  The onus will be on the military to better communicate with the public, not on the public to understand the military.

The US Army’s existing levers to increase recruitment include adding recruiters, offering enlistment bonuses, and increasing advertising dollars.  These levers may make the difference for individuals already considering joining, but they do little to expand the potential pool of recruits.  The Army needs to think beyond outdated and limited approaches to establish enduring lines of communication into society that are maintained over time.

Thus far, the US Army has made three smart changes to recruiting: giving recruiters more freedom to engage on social media platforms; introducing various communication and education efforts such as Meet Your Army, In Our Boots, and Your Future Starts Here; and launching a 22-city initiative pushing into urban areas with historically lower propensity for service.  Initial results show recruiting has increased in these cities over past years, but has yet to be maintained over time.  Similarly, the British Army has seen initial success with the #YourArmyNeedsYou campaign.

These initiatives start to bring Army recruiting into the 21st century.  However, they must be part of a concerted, long term, effort to reengage with society beyond high-speed adverts.  Militaries must also resist the temptation to revert to traditional campaigns and actively broaden their messaging.

Despite efforts to modernize and change recruiting, the services fall back on traditional forms of outreach, to the detriment of strategic planning beyond meeting an annual manpower mission.  For example, the US Army reverted to traditional messages with the Warriors Wanted campaign featuring combat arms roles – rather than appealing to individuals with other key skills.

There are certainly good examples to follow.  Other potential lines of effort include: identifying brand representatives as the NATO exercise Trident Juncture did with Lasse Løkken Matberg; targeting women, minorities, and skilled professions as the UK and Australia have done, but to greater degrees; utilizing college cadet programs, military preparatory colleges, and reservists; giving broader agency to recruiters for community-specific messaging; and developing a robust social media strategy.  These methods reach a broader segment of society from the youth recruiting market to the parents who influence decisions to join to society writ large.

While most conversations about recruiting are in regards to initial terms of service, one way to attract broader talent is through lateral entry.

Lateral entry is a less traditional method of bringing talent into the military and the services should significantly expand lateral entry options beyond the legal, medical, and (now) cyber fields.  Given an estimated 71 percent of American youth are ineligible for service—and other demographic constraints make it harder to find qualified and skilled individuals—the military must be more flexible in recognizing and rewarding talent amongst the civilian population.

The US congress (through the 2018 National Defense Strategy and FY19 National Defense Authorization Act) has empowered the military to allow for lateral entry up to the OF-5 (full Colonel).  The services must fully embrace these provisions in tangible rather than rhetorical ways, including reviewing each military job for potential lateral entry opportunities.  While the US Army has made some modifications to its promotion system, it is a surface level change to a deeper problem.

The vast majority of US military jobs lie outside combat arms specialties; only 27 percent of the Army and 24 percent of the US Marine Corps jobs are coded as combat arms.  This leaves many jobs with comparable civilian skills.

For example, years of the US Navy’s lack of personnel and sufficient training time also contributed to recent highly-publicized disasters.  While the Navy hopes to grow to 355 ships, it lacks the training pipelines for maintainers to sustain existing ships, much less grow new personnel from scratch.  In addition to the well-known US Air Force pilot shortage, the Air Force also has an aircraft maintainer shortage.  These maintenance positions, and others, could significantly benefit from lateral entry of certified civilians.  The same trends apply to the UK pinch point trades.

Another area in which both the US and UK have struggled to develop the right personnel is  information operations.  The US Army is reconsidering the psychological operations rank structure to be more senior, recognizing the expertise necessary for the job.   Likewise, the UK has changed entry criteria to recruit civilian specialists in 77 Brigade that do not meet “normal” military criteria.  Entry of individuals with applicable civilian expertise at higher levels would be a boon to information operations strategy.

Lateral entry, while controversial, adds value to the force and potentially boosts recruiting.  An argument for increased lateral entry is not an argument to forego meeting the necessary training standards.  Rather, it is an argument that recognizes civilian expertise can be as valuable to the military as time in service.

Previous efforts at personnel change in the US – such as Force of the Future – fell short in large part due to deep institutional biases within the military against manpower (aka talent management aka workplace) reform.  Improved recruitment and talent management across the middle ranks is the only way to swiftly replace talent that has bled away after years of high op-tempo, inadequate family support, and poor force management.  It also provides a way to bring in highly-skilled individuals whose level of expertise substantially exceeds entry level positions.

The UK is also wrestling with many of the personnel issues the US military is facing.  The establishment of Programme CASTLE seems to be in reaction to poor recruitment and failing efforts within the British Army.  Putting an innovative foot forward, it is considering a range of options to modernize personnel policies and stay competitive.  Some ideas currently kicked around include flexible models of service and lateral entry and should seriously consider putting forth these recommendations as formal conclusions.

Given the considerations coming out of Programme CASTLE, the British Army in large part is ahead of the US in actually considering innovative and wide-reaching changes to personnel management compared to the incremental considerations in DoD.  Depending on whether Programme CASTLE rigorously recommends personnel reform, its conclusions could also serve as a benchmark for the US Army.  The US and UK should spend as much time and energy bringing in qualified civilians as supporting service members who are struggling to meet standards required for future conflict.  This article proposed two solutions to broaden the recruiting pool and bring in skilled applicants.  Firstly, making significant changes to recruiting strategies to broaden the audience with which the military communicates.  Secondly, offering lateral entry options.  While talent management is an often lamented problem set, rarely are comprehensive reform ideas acted on.  Especially in an era of great power competition, the US and UK cannot afford to wait until they are failing to implement personnel reform. 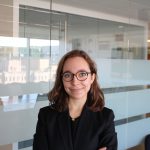 Emma Moore is a Research Associate for the Military, Veterans, and Society Program at the Center for a New American Security.