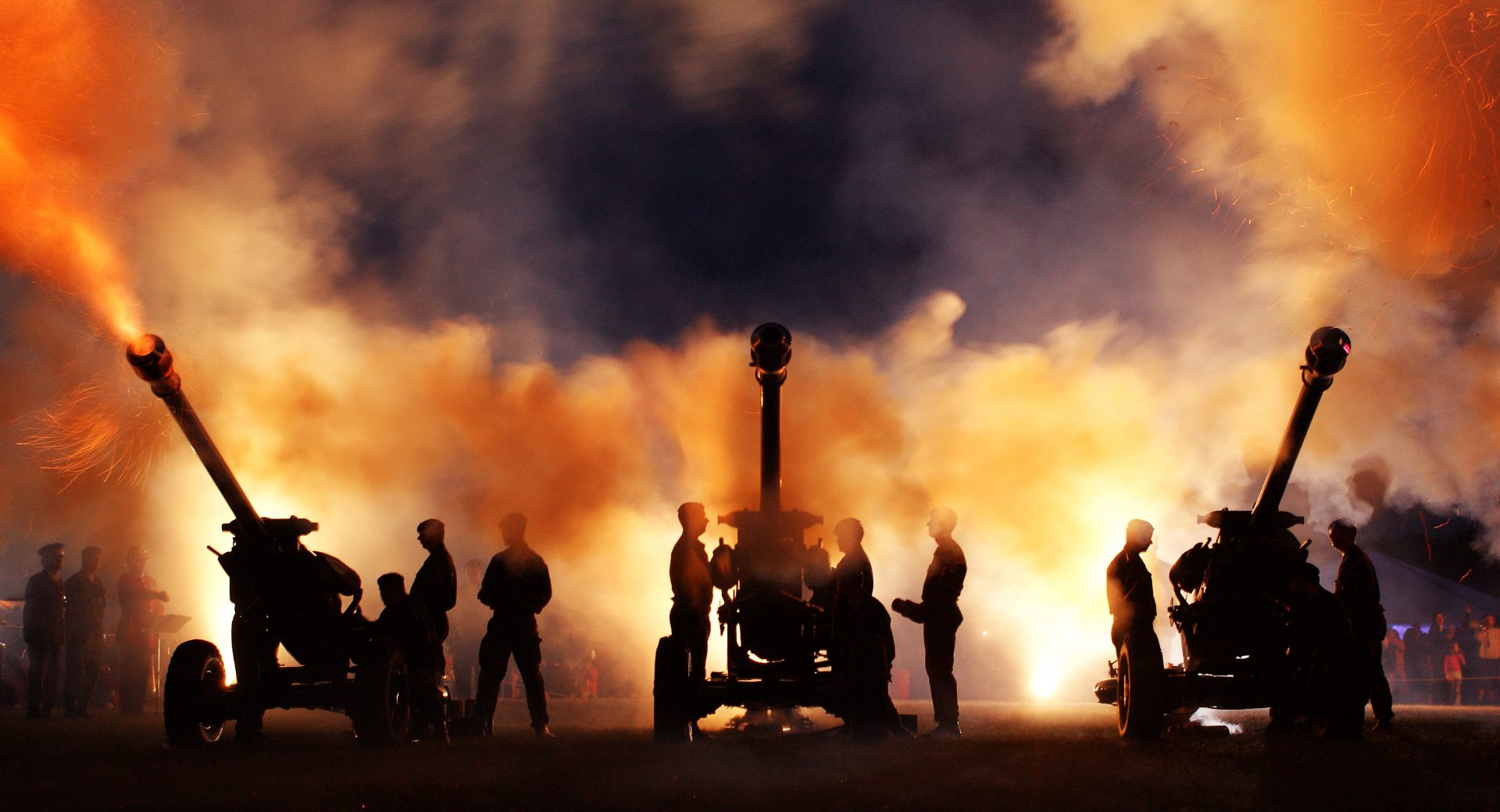 Part one of this series argued for procedural and legal changes to the way in which Reservists are employed.  Part two of this series argues that to truly reimagine the Army Reserve, we also need to change the Regular force.  Reservists should stop specialising and be better generalists offering mass. In turn, Regulars should specialise broadly and deeply, better able to support that mass with technical skills that take time to acquire if and when required.  There needs to be a greater prioritisation of what is required from the Reserve.

This raises the question as to why the Reserve forces structurally matches the Regular force?  This has been discussed across The Wavell Room before.  Steve B has argued for disbanding the Army Reserve and creating hybrid regular/reserve units.  The argument has merit, but moves to ‘structural alignment’ will reduce flexibility, not increase it.  Hybrid units maintain the geographic alignment of Reservists and Regulars with less focus on outputs and aligning the supply and demand of skills.

To give an example of this distinction; To train a Mortar Fire Controller (Alpha) (MFC(A)), the highest mortaring qualification, takes a Regular soldier 34 weeks. The soldier has to train as a Number 3, a Number 1, pass a promotion cadre, train as a MFC(B), promote, then train as a MFC(A).  This doesn’t include gaining experience. Trying to get a Reservist trained in specialist weapons and gaining vital experience is impossible.

A former Officer in Charge of the Mortar Division, the training branch for British Army Mortaring, told me that in his two years in charge there he ran only one Reserve course versus eight Regular courses.  Throughout the Reserve course, he remained deeply concerned about the competence of the attendees who, through no fault of their own, could not gain the experience needed. To embed the skill set requires significant live firing.  But there was neither the time nor the ammunition to train Reservists to be competent when compared to Regular soldiers. Although anecdotal, this is illustrative of the problems faced trying to specialise.

Whilst the reforms of Future Reserve 2020 have opened more regular training opportunities to Reservists, the time commitment is still beyond the 100 days that part one of this proposal argued for.  In another Wavell Room article, Patrick Bury and Alex Neads point out that this growing alignment is leading to a cultural shift with Reservists feeling a greater sense of pride in their professional soldiering skills.  Yet, it is right to question the value and utility to Defence of the current system.

The same is true across Defence with an expectation that Reservists will ‘upskill’ once mobilised.  The reality is that if needed, there won’t be the time to give them training or experience they need to adequately support the Regular force.  Especially as the Regular force will be looking for training opportunities to sharpen skills prior to any deployment.

Whilst some parts of the Reserve may benefit from, for example generic intelligence qualifications, as a general rule the investment in time is not worth the deployable output.  Even in this example, it takes time to qualify as a specialist intelligence analyst. Simply obtaining the qualification does not guarantee a competent, experienced operator able to support a high intensity operation.  And time invested in specialist qualifications means the individual Reservist lack generalist soldiering skills essential for survival on deployment.

To solve this problem Regular soldiers should become multi skilled.  For example, Regular soldiers could qualify in specialist skills (e.g. Mortars, Advanced Signals, Battlefield Medicine) but remain as part of a Rifle Company.  Regular personnel have the time to be able to develop proficiency. They would also benefit from this purposeful training which offers them new routes for progression.  To make this proposal work, the Regular force must drop its ‘generalist’ requirement for military skills and prioritise specialist training.

Combined arms manoeuvre forms the core of how the British Army wishes to fight future wars.

There are some common sense moves afoot to better align Reservist support to this Regular force output.  7th Battalion The Rifles, a Reserve Infantry Battalion, now support the regular 5th Battalion, an Armoured Infantry Battalion.  Soldiers from 7 RIFLES are required to work, by and large, as dismounts operating from the back of Warrior fighting vehicles.  This is the least skilled (or put another way, most generalist) part of armoured warfare requiring less training or time to gain suitable experience.

At first glance this seems like a pragmatic step.  The logic of the above proposal would suggest 5 RIFLES train more drivers, commanders and gunners, as the burden of dismounting would be removed from them.  In line with the procedural changes from part one, this provides the dismounted mass needed and frees the regular force to concentrate on the specialist skills that take time to develop and are essential to deploy effectively.

In order to fully exploit Regular and Reserve links a different way of training is required.  Additional exercises would be needed to give Reservist soldiers experience working in Combined Arms Armoured Manoeuvre.  This is where Steve B’s hybrid proposal has merit.  Local alignment allows bonds to be created and trust to grow.

Bury and Neads are also right to use this as an example of increasing Regular and Reserve coordination.  It is an excellent case study.

But the current model of aligning supply and demand can go much further and have more focus.  The model still restricts the employment of Reservists to deployments with one unit. It does not allow the Regular force to best develop and exploit the talent in the Reserve.  If the proposals of part one are adopted, then the Army will have thousands of Reservists actively looking for opportunities to serve their 100 days.  And the Army needs to step up the opportunities for them to do so. In short, limited Reservists to supporting aligned units, does not link supply and demand

To maintain the flexibility, which is key to this re-imagination, the training requirement would fall more widely than just the supported unit.  All Armoured Infantry Battle groups would need to be involved. Foundational training modules for dismounts would be needed. There could be different modules (obstacle crossing, urban operations, offensive operations) that Reservists would have to complete to be considered competent.  Non armoured training would continue to make up a significant amount of their training, recognising that much of what they may do is dismounted close combat and so not specialised. This is a new model of specialising the generalists in which Reservists better choose their training.

Opportunities to exercise as part of any battle group would be made widely available giving the widest number of chances for relevant experience to be gained.  In the above example, it would avoid 7 RIFLES being tied to 5 RIFLES deployment cycle allowing Reservists greater employment opportunities with other Armoured Battle Groups.  By allowing Reservists to specialist in one area (armoured infantry in this case study), the Army should open allow relevant training to best enable individual choice and flexibility.

Part 2 of this series has argued that the Regular force needs to change to better accommodate Reservists.  Regular/Reserve mirroring doesn’t work. There is simply not enough time for Reservists to reach the same competency as their Regular counterparts due to time and money.  This has been shown by using the example of Mortar Fire Controllers; even the most dedicated reservist cannot gain enough experience. To adjust to this reality, the Regular force should become more specialised and focus more on a broader portfolio of skills.  The Reserve should focus on providing a more reliable stream of suitably qualified ‘generalist’ Reservists.

Part three of this series focuses on the Reserve experience and how to motivate and reform the lived experience.