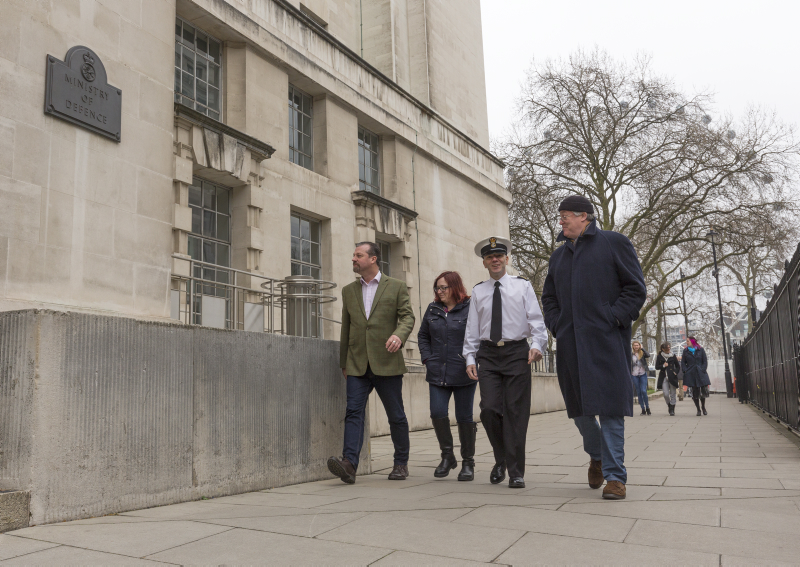 General Carter recently announced1 that lateral entry to the Army was to begin within two years at the Captain and Major level. This, to try to fill gaps in specialist capabilities including Cyber, Aviation Tech and Logistics. Command, he said, would not change. Although he did not give the logic for ruling this out, one could guess that the Army deems commanders must have a certain amount of full time served, not necessarily in command, to be eligible. This in spite of the fact that Senior Captains and Junior Majors continue to leave in large numbers so younger individuals with less experience fill command gaps. The Army’s insistence on continuous, full time service could be limiting the command talent pool.

Some of these Captains and Majors join the Army largely on the promise of their first position, Platoon or Troop command. After a period of, say, two command appointments, roughly 5 years, the Army has passed judgement on whether they are capable of commanding ‘1 up’. Even if they remained in Regular Service, some will not command again until sub unit. If they did remain at Regimental Duty command experience is gained passively at best. Some leave because they must eventually move to staff so the Army loses some highly capable, expensively trained commanders already deemed capable of further command.

An article by the Boston Consulting Group (BCG) highlighted that ‘in the ever-escalating war for talent, companies may be overlooking…former employees2.It goes on to say that ‘Help(ing) employees feel connected to the organization’is important in returning employees be successful. Those who have gone from Regular to Reserve service already maintain a connection. A person deemed good enough could, after a minimum length of Regular service in command appointments, enter a revolving door and begin a hybrid career with Regular assignments focussed solely (or largely) on command.

Having the widest pool of talent to draw from is best for any organisation. If the apocryphal story of those arriving at ICSC(L) being told ‘you are the best of what’s left’ has any truth in it then some talent has already gone. If given the chance to come back to command they just might.

A hybrid career would be the embodiment of the ‘One Army’ concept. The Army would get greater return on their investment on initial training. It may encourage those who wanted to keep options to command open to join the Reserves, taking with them Regular experience and qualifications. Having more former Regulars might go some way to closing the (sometimes perceived) quality gap between the two parts of One Army.

One decorated Infantry Major (who chose to leave before sub unit command) said his experience told him that the Army needs ‘grey beards’ for credibility when working alongside indigenous forces such as the Afghan National Army. This does play to the time served, but not command, requirement. The indigenous forces which we are likely to fight alongside in future do not need to know that the metaphorical grey in someone’s beard has comes solely from full time service. The revolving door would also go much of the way to creating the oft touted ‘command only’ stream only with greyer beards and minds with broader experiences.

Civilians have become commanders before. During both World Wars, necessity dictated that some men command without the experience that today’s Army demands. Paddy Mayne, one of the founding fathers of the SAS is probably the finest example of a civilian turned soldier, winning four DSO’s and commanding an SAS Battalion.

Individuals with a proven civilian work history should feel more comfortable ‘speaking truth to power’ knowing their longer-term prospects probably lie outside. They would have seen people, process and technology from other organisation so would bring fresh ideas. Hybrid commanders would likely be humble, needing to lean on their non-hybrid subordinates for technical expertise.

The pool of volunteers might be so small that administering this would be more effort than its worth. The current promotion system would struggle with a mix of old Regular command reports and new Reserve ones to assess by. Rigid career paths and time windows, the length of ICSC(L) (which I found had almost no content around sub unit command), geography and regimental affiliation could also place unnecessary barriers to hybrid careers.

There might be resentment from others in the mess whose full time friends were beaten to a command slot, de factobringing their chances of continued promotion to a close. This, by an individual with less time served (in the Army, not necessarily in command), a poor but widely used proxy for competence.

Would these commanders become Reserve (pun intended) Company/Squadron in every attack just because their boss had used the revolving door? What would happen if the individual were catastrophically successful in command – would the Army offer its precious and limited unit commands?

What about the other services

Could the other services use a similar model? Underqualified as I am to pass judgement, I will. If ‘The Army equips the man and the other services man equipment’ is broadly correct, this goes some way to answering the question. Army Commanders, more than the other services, manage people and skills that they have. Management doesn’t necessarily go stale like the technical skills of say, flying a plane. A US Navy Surface Warfare Officer told me it took his cohort of Officers two years on ship to be considered experienced and competent. Although anecdotal, if accurate, after such a long investment remaining competent might make a revolving door impractical. There is already a ‘flying only’ stream in the RAF, where a similar argument on would apply.

Looking back at the roles that General Carter suggested, these are technical. Fighting a warship is almost certainly more technically complicated than commanding a sub unit (not just Combat Arm) although an ‘apples to apples’ comparison is clearly impossible. Commanding a sub unit is in some ways General Management. You clearly need some technical ability to command, say, a tank, but this can be taught. Arguably, at the sub unit level it is the knowledge of combined Arms Manoeuvre, not of the tank, that it most important.

This article has not considered Soldiers, who tend to rotate from Front Line to Training Units. Even in the Combat Arms, arguably the least specialist part of the Army, a person may become a deep specialist in say, Mortars or Anti-Tanks. Combat Officers can go to a staff role entirely unrelated to their combat arm, and this is not deemed to affect their command ability. I suspect (I don’t know) that the other services use their Officers deep expertise in a relatable staff field where possible, enhancing their technical knowledge, again negating some benefits of the revolving door.

To avoid becoming unattractive to the modern workforce the Army (and other services) needs to move with the times. Ex Regular Reservists using a revolving door would broaden the talent pool for commanders. Their Reserve Service keeps knowledge gaps small and them as individuals attached to the organisation. External ideas from someone who understands the organisation are already sought out through the Army External Placement (AEP) programme. The revolving door is conceptually not a million miles from the AEP albeit for a longer time. Barriers such as difficulties in reporting, career progression requirements and culture are surmountable. Creating a revolving door for those deemed talented enough could improve the size and quality of talent for the most privileged of positions; that of command. Surely, the Army owes it to its soldiers to consider it.

Chris has served in the Regular and Reserve forces for the past 18 years, completing Regular ICSC. He has no intention of using the revolving door if one was offered.