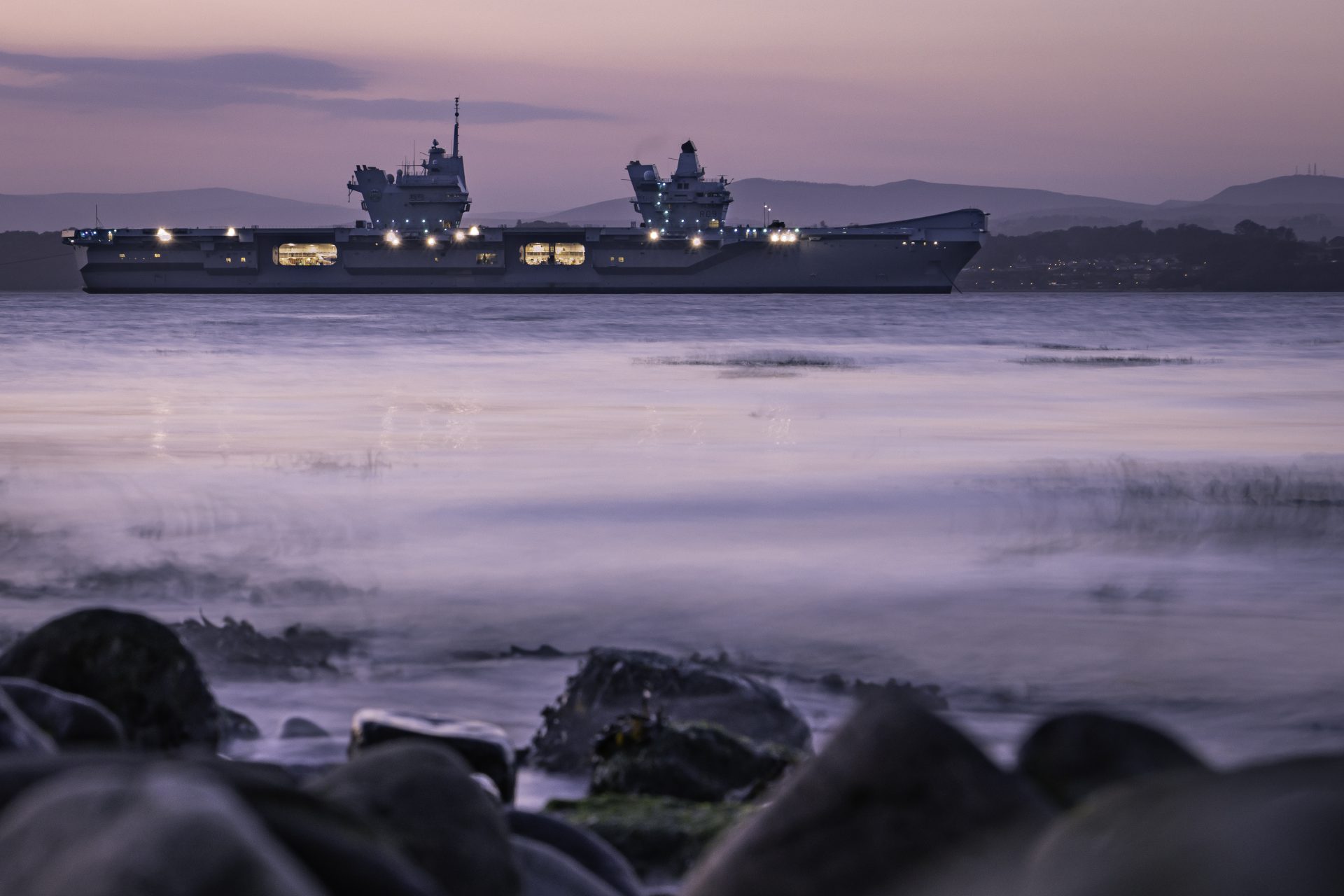 It’s that time of year again, the 2019 Wavell Room Review marked by the Chief of Defence Staff’s Annual Lecture at the Royal United Services Institute (or RUSI), where we begin to reflect on another busy year for Defence. Here are some highlights and lowlights of the year, viewed from the Wavell Room.

The 2018 Chief of Defence Staff’s Christmas lecture ended on a note of hope and with a nod to the future.  Innovation, transformation and the infamous Modernising Defence Programme – which was due to be published in late 2018 – demonstrated that there was hope that, after a turbulent 10 years of redundancies and seemingly never ending change, that a period of sustained investment and stability was about to be ushered in focused on creating an Armed Force fit for the future.

In many ways 2019 demonstrates that this transformation is starting, albeit slowly, to gain pace.  For the first time last week we saw HMS Queen Elizabeth and HMS Prince of Wales in dock together, and, whilst it likely won’t be until 2023 that both are operationally ready, both ships in their home port together is an important milestone.  The RAF have taken delivery of the ‘Pride of Moray’, the first of nine P8 Poseidon maritime patrol aircraft, meaning that the Royal Air Force will have a maritime patrol force working alongside the Royal Navy.  And, finally, after many years of discussions the British Army managed to beat the election deadline and pen the deal to spend almost £3 billion acquiring Boxer to meet the Army’s Mechanised Infantry Vehicle requirement.  Whilst these modernisation programmes will no doubt improve the quality of equipment available, we mustn’t forget that there is some still way to go, and, as outlined by RUSI’s recent Future Fires paper, there are still some critical weaknesses across Defence.

Whilst equipment will always grab headlines we should not forget about the human capability or the ‘adaptive edge’ as CDS refers to our most important capability: our people. Remarking that ‘the balance between generalists and specialists will tip increasingly towards specialist career streams’, CDS outlined a plan called ‘unified career management’ which will see career structures blended between all the services and civilians and will include the much discussed ‘lateral movement and entry on an enterprise basis’.  The plan outlined is due to be tested next year within the Cyber career field.

Though not naming the paper directly,  CDS called The Times out as possible ‘fake news’ for a recent article about ‘Top brass plans to shrink army’.   Whilst this open airing of frustrations is interesting in itself, 2019 has seen a wide spread conversation about how Defence engages with the media. Henry Jones, a military blogger, explained to an audience at Sandhurst last week that the Royal Navy and RAF are much better at taking the opportunities offered compared to the Army and, whilst Sir Humphrey outlined the risks of trying to utilise the media for your own benefits, it is clear that Defence is still finding its feet when it comes to external and internal messaging.

2019 has also seen a number of noteworthy anniversaries. Marking its 50th year as ‘the longest sustained military operation ever undertaken by the UK’ Op RELENTLESS, the UK’s continuous nuclear at sea deterrence, demonstrates the dedication and professionalism of those submariners who have achieved this hugely complex and impressive feat.   In an era when few things seem to unite the world, it is worth reminding ourselves of the excellent commemoration that occurred this year to celebrate the D-Day 75th anniversary.  With leaders from across the globe, the week-long celebrations taught a new generation about the air, sea and land campaigns to liberate mainland Europe but with this was the sad reminder that the ‘greatest generation’ will not be with us forever.

2019 has also been a great year for the Wavell Room too.  With the maritime element of the Wavell Room marking a year with the team, and with our air minded friends fast approaching that marker too, 2019 has been a good year all round for driving and developing the debate.  With well over 12K followers on Twitter, and record numbers for our website, we feel that we are starting to gain some traction, as demonstrated by some of our writers taking to the stage at this year’s Land Warfare Conference.  With a session titled ‘the disruptors’ some of our writers presented their idea to the distinguished audience.  As ever, we are always keen to hear your feedback and if you have ideas of how we can improve the platform, or if you’d like to write for us, please get in touch.

And a Look Forward

In 2020 you’ll see more from the Wavell Room. We’re looking to expand our Podcasts, so you can listen to our content on the go (we’re kicking off 2020 with an interview with Commander Field Army). We’re looking to expand our team (drop us a line if you’re interested in supporting the Wavell Room by volunteering, we’re looking for people who are willing to give up a couple of hours a week, to help deepen the debate in defence), we’ll be running our writing competition again. Oh and obviously we’ll be regularly posting the content we know you love.

As ever, thank you all for your continued support.
Best wishes for a merry Christmas and a happy New Year.