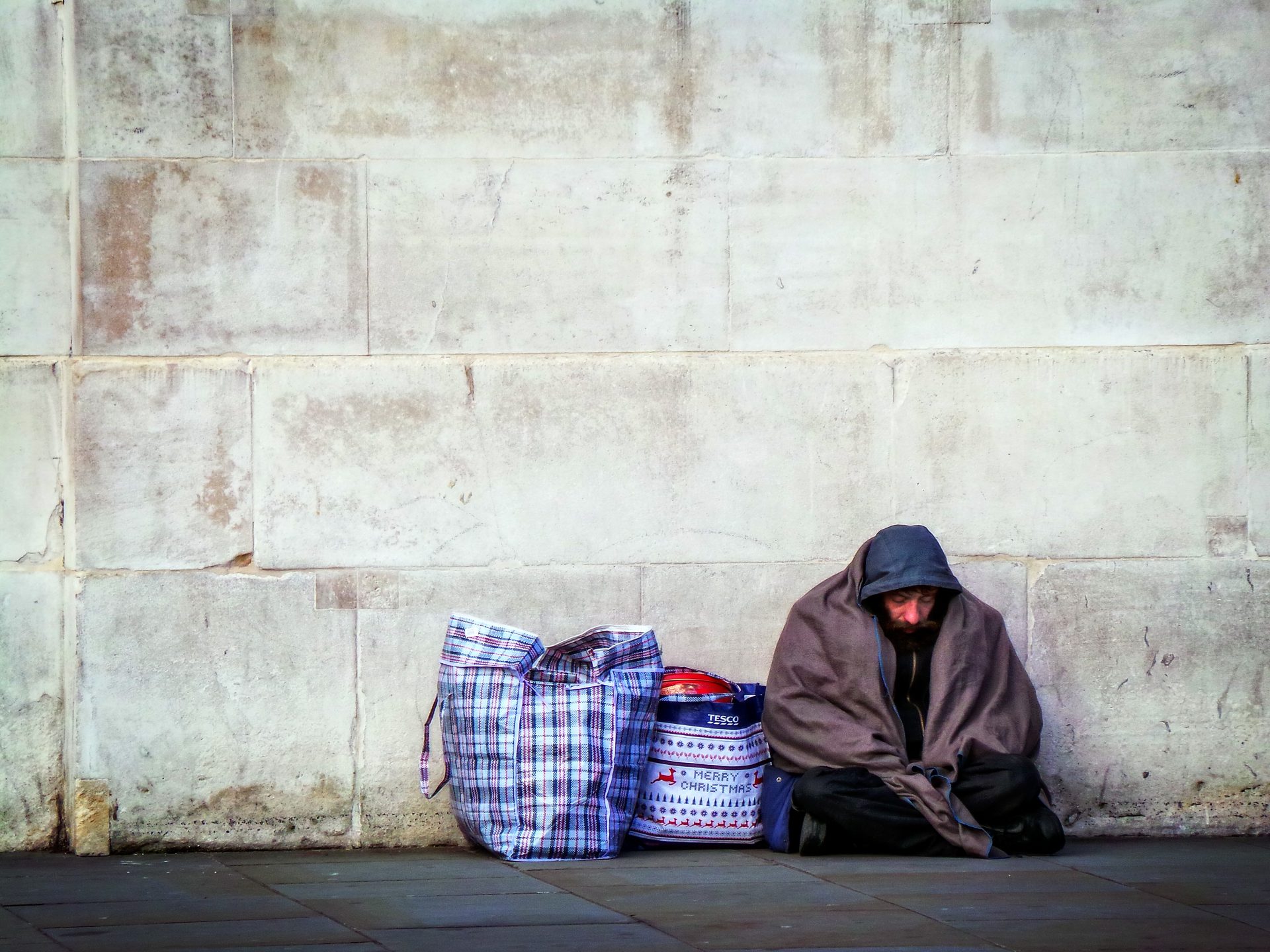 So this is Christmas, and what have you done?

Homelessness tugs at the heartstrings and especially so in December.  A recent report suggests that there may be 13,000 homeless veterans in the UK.  It begs the question as to whether the Armed Forces do enough to prepare those leaving the service for the challenges of civilian life.

The other way of looking at this might be to ask if the Armed Forces insulates its people too much.  This aside, and accepting that a Wavell Room article can’t lower the cost of housing, treat substance abuse, or deal with mental health issues, this article answers John Lennon’s  famous question “and what have you done?” by proposing an idea. That the Defence estate, and specifically Reserve Centres, should become places where through life care, including for homeless veterans, is offered to those who have served.

The Reserve estate is large and well located.  At present, it isn’t heavily used. But it could be.  It offers a cheap way for the Forces to interact with wider society to the benefit of all – if used as part of a coherent engagement strategy.  For example, Reserve Centres could host more youth or sports clubs, blood banks, school exams, or any number of other activities. A good example of this is the 4th Battalion the Parachute Regiment who offer free circuits for anyone who wants to join.  However, defence should be bolder with the use of its estate and use it to focus through life care for veterans.

There are numerous military charities doing great work supporting veterans with homelessness but finding a geographic focus is difficult.  A search of the Veterans Gateway returns 651 locations offering support from dozens of different organisations.  Using Army Reserve Centre could offer an geographical focus for all of their individual efforts in an environment with which veterans are familiar.

A Reserve Centre could open itself up, say, one night a week to shelter homeless veterans.  This could be specifically for homeless veterans, or for anyone unfortunate enough to be homeless.  The Reserve estate is much more widespread than the Regular and often placed in or near town centres where homelessness is most prevalent.  Other organisations already show this level of social responsibility. Whenever the temperature drops below a freezing, Crystal Palace Football Club opens its doors to the homeless of Croydon.

There are some existing programmes designed to house homeless veterans. For example, Mike Jackson House in Aldershot offers 25 self contained apartments and medical and mental health care. However, these isolated examples do not currently form a coherent strategy with a national footprint to cater for the majority of homeless people.

The political will for a bold course of action such as this proposal already exists. In 2019, the Government established the Office of Veterans Affairs. One of the core aims is to “pull together all functions of government, and better co-ordinate charity sector provision“. This intent must be matched with the funding needed to fuse these efforts together. However, this proposal has limited costs; the Reserve Estate already exists and the core of this proposal is to utilise it better. There would be increased security demands to protect military equipment but this problem is not insurmountable. Especially because there is clear political will to enhance the care available to veterans.

The NHS Veterans Mental Health initiative acknowledges that those leaving the Forces are at increased risk of problems with mental health or substance abuse.  Offering support to homeless veterans should be done in conjunction with charities, local authorities, and medical services.  This could include helping them to understand and claim any entitlements that veterans have. The Royal British Legion could offer what support it can to those either already homeless or those at significant risk of becoming homeless.  SSAFA also offer bespoke support services. Mental health charities could offer advice and treatment on coping with alcohol or substance abuse which may be caused in part by Post Traumatic Stress Disorder. But it can be difficult for veterans to understand and find the help available to them when they need it.

I was sleeping in the park for a bit but none of my family knew about that. I think it’s a pride thing. If your head’s not in the right place it’s hard to ask for help.

Focusing their efforts at Reserve Centres would enable a veteran to find the help that they need more easily than present. It would enable a fusion of effort and focus attention on those who need it the most.

But beyond short term needs, this proposal also has a long term advantage.  Employers sympathetic to veterans and the homeless may be able to help with offers of work.  It would form part of the Government’s renewed focus on the Armed Forces Covenant and provide a meaningful way for business to prove their commitment.  Many veterans have skills and discipline that would benefit potential employers if they are prepared to take some time to understand them.

Doctors could also offer some limited medical care and refer those who need specialists in a judgement free environment. All this in addition to a homeless ex-service person having a warm meal (cooked in the underused kitchens), a hot shower (in the underused showers) and a nights sleep under a roof (in the underused gym).  It’s win-win.

Similar programmes already exist.  For example, the Job Centre Plus has paired with the Army Reserve in Hull to help unemployed reservists find permanent work and providing specific training.  The Reserve also run two week courses to help develop mental resilience.  Is it really beyond imagination that these opportunities could be offered to veterans as well?  Whilst the Armed Forces don’t exist to be social workers, Defence must accept that service affects people in both positive and negative ways. It owes a duty to those whose negative experiences have significantly outweighed the positives and have fallen on hard times.

Aligning the Reserve estate with the charity and public sector provides a great opportunity to fulfil part of this commitment.  Most of this will sit reading this in our homes, safe and warm. We could, and should remember our brothers and sisters who were willing to stand beside us in harm’s way but who don’t have the basics of a roof over their head now. By using the Reserve Estate we support them at little cost, here and now and not just at the most wonderful time of the year.  This is a gift that is definitely worth giving.

Chris Has 17 Years leadership experience. Commanding on operations in the Balkans, Northern Ireland, Sierra Leone, Iraq and Afghanistan. He was worked on the Staff in MOD, Army HQ and Brigade HQs.