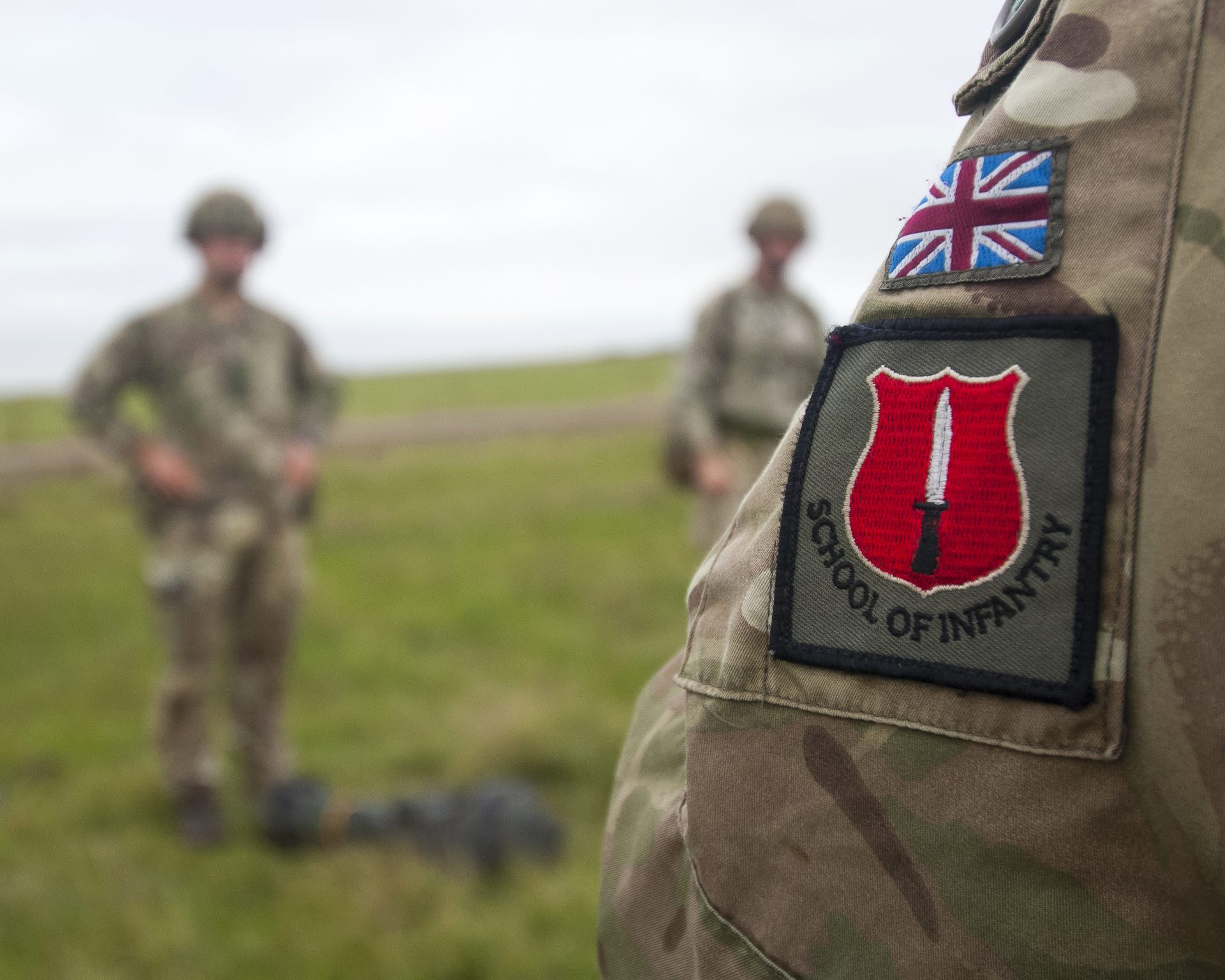 The British Infantry needs to redefine its career structures and this article argues for formally establishing infantry trades. This will help in recruiting and retaining the soldiers needed for successful operations in the future.

For an infantry soldier the first step in a combat career is promotion to Lance Corporal.  To do this, a soldier must pass a non-commissioned officer (NCO) cadre. The cadre is an assessment of a soldiers ability to effectively plan and operate as an infanteer.  If they pass, they will promote and lead a fireteam of four soldiers. They will also be eligible to attend more advanced combat training or to diversify into more specialist streams such as signalling.  However, in order to be promoted in a supporting or specialist role, all infantry soldiers need to pass the same combat focussed cadre. The current career model assumes that all soldiers want combat careers; it channels all soldiers through a narrow model and does not enable private soldiers who want to be specialists to advance.

This article presents the case for re-shaping the initial stages of the infantry career model by changing the current combat focused NCO cadre to a more integrated one.  It then proposes a bolder change by arguing for formally establishing infantry trades. In short, a traditional infantry ‘combat’ career path with divergent paths that allows private soldiers to be promoted as specialists.

Currently, all infantry soldiers attend a combat focused NCO cadre. There is, rightfully, a focus on low level tactics and leadership.  However there are a number of reasons that some private soldiers may want, or need, a different career stream in the infantry.

Firstly,  job satisfaction and retention.  Some soldiers join the infantry to ‘scratch the itch’ of seeing combat.  But after a few years as a private soldier they realise that a combat career is a restrictive model and they may wish to be promoted in a more specialist area.  The current model, with a focus on combat skills, makes this difficult and many infantry soldiers choose to leave or transfer. The Armed Forces Continuations Attitude Survey 2019 shows that 58% of soldiers are not satisfied with how their career is managed and restrictive combat focussed career models do nothing to help.

Secondly, robustness.  Fitness can be hard to gain and easy to lose.  This is not always down to personal effort. Some will be diagnosed with medical conditions after joining and others will have injuries that make it hard for them to compete for combat roles.  This does not mean that they are not capable of passing physical training standards, rather, that they may not be able to cope with the demand of a full combat career. As such they look for other options or leave.

Thirdly, diversity and retention.  Many men and women will relish the challenge of becoming a senior soldier within the infantry.  However, many will look to exploit their talent elsewhere, either leaving or transferring. If the Infantry wants to retain talent, it must open up specialist jobs as legitimate career streams and offer genuine prospects.  This will make the Infantry more appealing to people with a technical mind and help retain talent for longer.

Infantry soldiers are often branded as A-stream (those who complete combat courses such as the Section Commanders Battle Course) and B-stream (those who perform supporting roles) soldiers.  Soldiers are often put off from moving their careers from ‘A’ to ‘B’ stream as there is a common perception that the B stream is lesser. And given that in many specialist areas in the Infantry a soldier cannot promote above Warrant Officer Class Two, this perception is right.  This prevents quality soldiers from volunteering for roles considered B stream, despite their importance to conducting operations.

The key point to note, is that all soldiers are different and require different management.  The current pipeline requires all soldiers to pass a single standardised combat focused NCO cadre.  This both stops private soldiers from developing into specialist career streams and the Infantry from promoting the talent it needs.  The Infantry, therefore, needs to relook at the early stages of the career model to give options for diversifying and promotion.

The Infantry could move to a model of integrated promotion cadres.  In the integrated model, all infantry soldiers would complete the needed leadership training to ensure they are policy compliant, that they understand the orders processes, and that they have a base level of basic combat skills.  However, they would diverge from the current model at the final stages of the cadre. At this stage of the cadre, potential specialists could be split and receive specific training and assessment based on the technical field they wished to enter.  This could involve assessments based on a logistics task or low level leadership at a signals rebroadcast station instead of a platoon attack. The focus on assessment has shifted from combat to skills.

A bolder move would be for the Infantry to separate career streams completely creating defined trades. Currently soldiers join the Infantry as combat soldiers and move to support roles later in their career with the expectation that to rise to the top they must complete a combat course.  In this reform, the Infantry could allow people to join as infanteers, but then train directly in their chosen specialised skill.

For example, a recruit joins the Infantry as a signaller.  They complete the same basic training. But before joining their battalion the soldier completes trade training with the Royal Signals.  On completion, the soldier returns to their chosen unit as an infanteer but joins the Signals Platoon. To make this work, the Infantry would need to design bespoke career pathways for each trade probably linked to the aligned Corps to ensure a consistent standard.  This option would diversify the range of opportunities available to potential infantry soldiers increasing the attractiveness of a career.

The Infantry may need more control over the workforce to ensure that it has the right people available.  The Royal Marines already have a well proven system that sees soldiers selected into job roles based on strengths identified during basic training which the Infantry could copy.  The key difference, however, is that the Army assesses and selects talent to assign to a specialist area based on need. The disadvantage, is that personal choice is removed. A candidate joining the Infantry will have no certainty that they would meet the quality line or quota for the Infantry trade they desired.

A more radical option to consider would be structural change and removing the Infantry from some specialists posts completely.  Following this model, Corps personnel would occupy positions in specialist elements of the Infantry, such as the Royal Logistic Corps for logistics.

There are some advantages to this.  It would create a more diverse multi-cap badge environment.  Whilst this potentially makes sense insofar as it maintains the combat focus of infantry soldiers, it does nothing to exploit talent in the Infantry or aide in retention.  It would also place a high demand on the specialist Corps to provide the needed people and require them to amend their own career streams around this demand. For the infantry soldier, however, there would be a very firm line: pass a combat focussed NCO cadre or leave.  The case for radical structural change is not strong and the Infantry should focus on training and retaining talent from within its own ranks.

The most obvious choice for the Infantry is to move to an integrated cadre model.  In terms of time, money, and simplicity it is the easiest to achieve and will have an immediate impact for soldiers.  It also has the bonus of falling in-line with the Army’s new approach to leadership and training, summed up as ‘train in and not select out’, identifying talent and then developing it.

Integrated cadres alone do not solve the core problem with Infantry career streams.  Infantry soldiers are still expected to be combat leaders first, and specialists second.  Whilst integrated cadres could be easily achieved, the move feels timid in comparison to the scale of the problem.  A bolder reform is needed to best exploit and retain the talent that the Infantry has.

Formalising Infantry trades, and allowing private soldiers to join them, would fix the problem identified in this analysis.  It would improve retention and recruitment whilst still allowing the Infantry to be focused on combat. 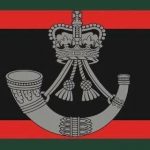 The_Average_Soldier is a Colour Serjeant from the Rifles. He started writing to constructively challenge himself, and the environment around him, to broaden his perspective while promoting positive change across the wider military through social media.