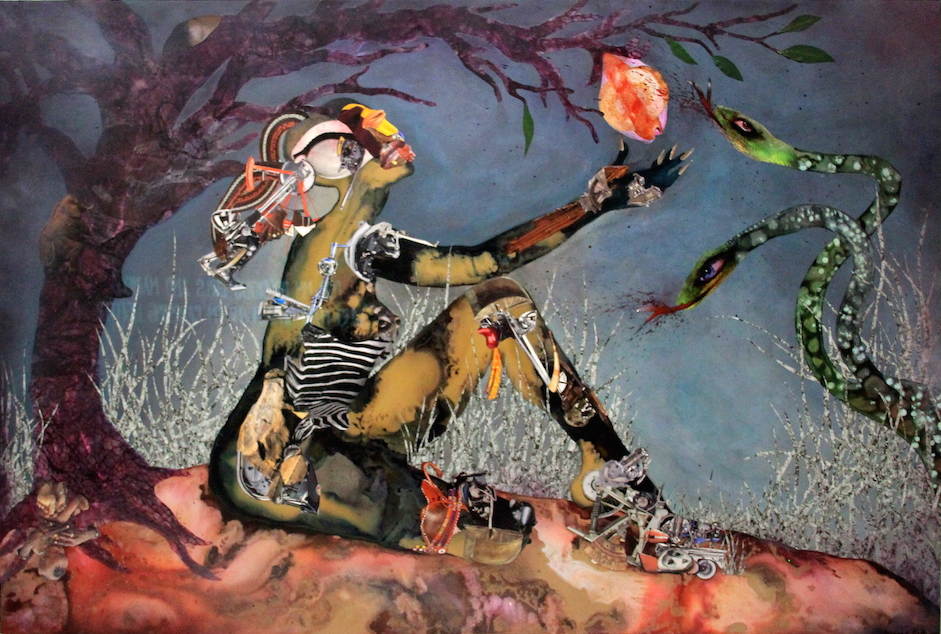 There is a great deal of suspicion and mistrust about enhancement.  The Royal Society’s iHuman report and the earlier AARP study of attitudes in the USA are revealing.  Popular culture portrayals of enhancement provide insight into the reasons for such concerns.  The BBC’s Years & Years introduced viewers to a vision of the future of society and its relationship with technology.  Ray Kurzweil writes of a future where humans can upload themselves.  The Black Mirror series offered a particularly dystopian depiction of soldier enhancements.  In its dramatization, enhancement makes killing easier whilst facilitating control of every aspect of the soldier’s life.  The Huxleys illustrate the competing visions for an enhanced future.  Aldous saw a dystopian future of soma dependency.  Julian saw the potential for human transcendence.  One person’s tech utopia may well be another’s dystopia.  A word of caution: popular depictions tend to amplify the technological possibilities.  Those considering an enhanced future should beware the alluring call of the technological siren.  Sometimes the technology will develop in the ways anticipated; sometimes it will not. But it will always impact on the way humans live and interact.

In an earlier post I argued that biotechnology needs to be taken seriously as a means of improving human performance.  In this post, I outline some of the concerns regarding the issue of soldier enhancement.  Addressing these, and other, issues must be a necessary part of discussing whether a military should seek to enhance its personnel.  Focusing purely on the technological potential should not blind decision makers to the profound social, ethical and military questions that enhancement raises.

Writing in the 1960s, Jacques Ellul warned that science was being unleashed without regard to consequences for human spirit.  Francis Fukuyama, perhaps the most well-known name to readers, declared transhumanism as the ‘most dangerous idea in the world’ because of the moral cost it could impose.  For him, this moral cost hinges on the belief that enhancement will create a new era of inequality.  Others see costs arising when human nature is disregarded.  Michael Sandel has referred to the idea of giftedness to capture this sense of a boundary that should be respected.  If the boundaries of human nature are not respected hubris can reap damage.  The Prometheus myth or Mary Shelley’s Frankenstein invite reflection on the consequences of meddling with ‘nature’.

Critics of the bio-conservatives might point out that there are few attempts to define human nature.  Instead, many rely upon a romanticized view of human nature in their arguments.  Advocates of enhancement contend that there is nothing about the current level of human performance that could be considered sacrosanct.  Critics could point to evolution as indicative of the continuing change to human nature.  On this line of reasoning, enhancements are morally justified as they enable human adaptation more quickly than Darwinian selection.  Yet discovering how to make fire had profound implications for human development.  Enhancement may be a modern equivalent.  For advocates of transhumanism, the current human condition condemns people to endure unnecessary limits to human potential.  Arguably though the reasons for those limits are not known.  Equally the means of exceeding human limits give rise to new ways of imposing control.

Given that enhancements are likely, for the near future, to be accessible only to the wealthy there is an expectation of a widening social divide as the enhanced outperform the unenhanced.  Such distinctions might occur in the military too.  Advocates of military enhancement often suggest that the use is limited to Special Forces and high readiness units.  The existing gap between these and mainstream units would therefore widen.  Given the increased capability of enhanced troops might they also become the force of choice for political and military leaders?  Arguably, this already occurs without enhancements.  Such decisions partly reflect public appetite for casualties along with military judgment.  Fighting wars with enhanced personnel may make war seem all the more acceptable to those that make the decisions.  Enhancement then could make war all the more easier at the same time as facilitating operational performance.

Equally enhancement may distance the regular and reserve components from each other.  Concerns about enhancements leaching into broader society might provide reason for their use to be limited to full-time personnel under the control mechanisms considered earlier.  The performance difference between the regular and reserve might grow too great.  The result could be the regular military becoming ever more isolated and different from the society it serves and the reserve that supports it.

The Black Mirror episode captured the fear that enhancements might offer a new method to control the lives of military personnel.  The notion of militaries controlling the bodies of personnel is nothing new.  Michel Foucault’s writings on power include his views on how controlling the body reduces the human to a machine in exchange for increased usefulness.  Especially problematic are invasive enhancements and life after service.  Removing an enhancement that was fitted for military use makes sense.  Personnel go through a process of de-kitting that would need to include enhancement.  However, when an individual has grown accustomed to the benefits of an enhancement, might they not claim that removal could lead to harm being inflicted on them?  Retention of an enhancement might be feasible, maybe even desirable, but considerations of security and maintenance would have to be addressed.

Even mundane forms of optimisation technology present their own problems.  These fears appear well founded based on research involving rugby league players.  There GPS data became a means of discipline rather than improvement.  Indeed ‘this ubiquitous surveillance act[ed] as a retardant to the improvement of a player.’  More recent reporting highlighted how fear of the wrong data reduced willingness to take risk amongst players.  Sandel has noted that contemporary society demands improved performance and that ‘functionality will determine everything.’  Using enhancements appears to usher in the instrumentalisation of soldiers.  All that matters is that they perform to the standard expected.

The response to this problem seems simple, its execution perhaps more difficult.  In the GDPR era, a robust framework of data management ought to allow personal information to be used for improvement rather than discipline purposes.  However, even with those regulations in place data breaches have occurred.  The military will need to ensure that personnel are not constantly under the eye of Sauron if individuals are to freely decide when to use enhancement.

Informed consent is a cornerstone of medicine.  This requires individuals to understand what it is that is to be done with them, the potential side effects and the consequences of refusing.  Many of these questions cannot yet be answered by scientists as there is a lack of adequate evidence.  These concerns become ever more problematic when genetic manipulation is considered as a possible form of enhancement.

There is a tension between the collective goal that soldiers work towards and the individualistic approach to enhancements.  The British Medical Association’s guidance to military doctors is clear; individuals retain the right to refuse treatment.  Refusal is a chain of command issue rather than a medical issue.  In the military context, it can be a challenge to provide genuine informed consent.  Structural conditions, such as peer pressure, may well lead to an individual consenting against their better judgement.  In addition, as Maxwell Mehlman has noted, collective goods can justifiably take precedence over individual welfare.  The resulting inability to provide consent adds to concerns of enhancement as a form of control.  In addition, it invokes history of previous instances when personnel were exposed to harm.  If genuine consent is unrealistic many might question whether it is appropriate to subject personnel to unnecessary potential harms.  However the issue of consent is resolved it is clear that medical practitioners will have a voice in the enhancement debate.

Demands for increased performance will create significant pressure on medical services.  The current approach to medical force protection does not refer to enhancing performance rather the ‘conservation of fighting potential.’  Asking medical practitioners to engage in enhancement requires them to contribute more to the establishment of fighting power than is currently the case.  For some this may be too much.  There are a host of legal and regulatory issues that govern the role.  It may be the case that the military have to separate the roles of medical treatment and enhancement.  It is open to debate as to what regulatory rules a military enhancement professional would be governed by.  This could have implications for their protection in the law of armed conflict.  An interest in enhancement could incur opportunity costs.  Other projects may be ignored as militaries pursue enhancement interventions perhaps at the expense of low cost optimisation options which appear more mundane or difficult to implement.

Low cost efforts that require individual effort might add something to the character of the individual through the development of virtues.  The British military have embraced virtue ethics in the values and standards of the single services.  It is common practice that stories are told, paintings commissioned and dinners held to recognise those who have demonstrated the values at the highest level.  Enhancement, critics fear, will undo this when a pill provides a shortcut to similar behaviours.  For critics there is unlikely to be much that is worthy of celebration when conflict is the preserve of the enhanced.  On occasion enhancements are seen as resulting in a change akin to that experienced by Morpheus when learning kung fu.  The reality is that enhancements do not necessarily remove the contribution of the individual.  Doped athletes have continued to train.  Rather than shortcutting, enhancements provided the opportunity for greater commitment and dedication.

Those concerned with the prospect of enhancement believe that character development may suffer as a result of enhancement.  Traditionally, striving for mastery of a virtue has been seen as part of developing both the virtue itself and an individual’s wider character.  Nicholas Agar believes that the loss of striving will result in self-alienation and meaning disappearing from human lives.  For the military, this is problematic.  Christopher Coker, in a compelling view of the future of war, argues that technology is diminishing the role and character of soldier.  Charting a course from the Ancient Greeks he argues that the traditional characteristics of the soldier are being eroded by an increasing reliance on technology that removes the soldier from both the fighting and the society she fights for.  The consequence may well be ‘war fought in the absence of warriors.’

‘Technology is seductive when what it offers meets our vulnerabilities.’  This is particularly apposite for the military.  The increasing demands on the human and the desire to remove the danger, dullness and dirt that can often characterise military service makes technology an appealing route to explore.  Gary Lee Downey notes that ‘championing a new technology is often the path of least risk and hostility.’  Debating the use of enhancements though invites hostility and the exploration of risk.  There are substantial concerns that deserve genuine and full consideration before a military decides to employ enhancements.  This consideration must occur before use becomes routine.  Waiting to develop policies until enhancements are at high technological readiness levels runs the risk that technology and/or pharmacology shapes policy rather than the other way round.  Through picking over the justifications, concerns and the established values of a military it may be possible to construct a framework in which enhancement can sit comfortably alongside human optimisation and treatment.  That is the challenge that a military contemplating the future soldier must address.