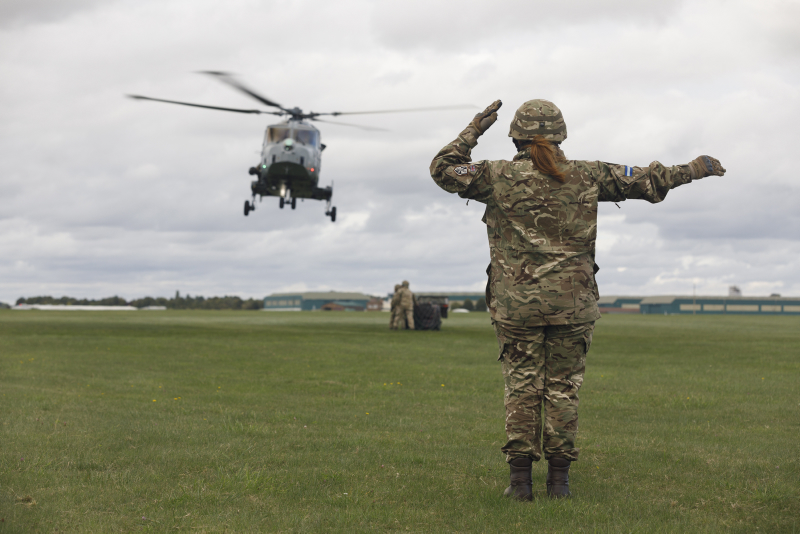 It’s a rhetorical question, of course.  If you want to be the best Armed Forces, then the only way to go is Feminist.  If you don’t believe me, there’s stacks of writing out there about the importance of diversity and inclusion to making the best decisions, and being the highest performing team.  And there’s also stacks of writing about the importance of feminist thought and analysis when it comes to conflict and peace.

This post, however, is not about the necessity of Feminism.  This is about how men in Defence can start to change themselves and lead their conservative, homogeneous organisations into a better, more gender-equal future.

This post originates in a request from a senior military officer in the UK Armed Forces.  Unexpected, but welcome.  I had been doing some work with the diversity and inclusion team in his organisation and he approached me to support him on gender.

This might seem odd or wrong-headed to readers.  And I would completely understand why.  Two straight, white men (with, I would guess, plenty of other characteristics in common) talking to each other about what it’s like to be other than themselves…..nothing wrong with that picture, right ?

I certainly agree that this isn’t ideal.  But given the demographics of Defence, particularly in the military, and particularly at senior levels across the piece, you could argue it’s hardly surprising, and there’s a degree of ‘we have to work with what we’ve got’.

There are two things that make me hopeful that we can transcend the inauspicious demographics of this partnership and do some genuinely good work in support of gender equality.

The first is that there is evidence (referenced later in this piece) that in order for men to listen to arguments on gender equality, and to change their behaviour, they need to be talking to other men.  We don’t have to like this idea, but I have been working on this for a few years and, having adopted this approach, and begun to target senior men for one-on-one and small group work, I feel as though I am having more of an impact.  Coming back to the point about demographics, men are so much in the majority in the senior population (military and civilian) that in order for change to happen (and faster than it has so far) we are going to have to do a huge amount of the work (and why shouldn’t we !?).

The second is that although this is a conversation between men, I’m not entering into this partnership to promote my thoughts on gender equality.  What I am trying to promote are (almost exclusively) women’s voices, talking about their experiences in everyday life and professional settings.

My work with this senior officer began, as a lot of my work on diversity and inclusion in Defence does, with the putting together of a list of sources.  Things to read, watch and listen to.  There’s a common thread running through the sources, which of course would come as no surprise to anyone who has any protected characteristic(s) reading this.  One of the key things to accept, it seems to me, is that the prejudice, abuse, disadvantage, mistreatment, violence, belittlement, diminishment that women experience is not an accident, it’s not natural, it’s not because of a few bad apples.

I say this because I think that there is a lot of what is professed to be a commitment to diversity and inclusion which doesn’t want to look too hard at why things are the way they are. That only wants to say positive things about the importance of diversity and inclusion. That doesn’t want to look at the real and tangible ways in which people consciously and intentionally, and unconsciously and unintentionally, act to reinforce stereotypes, maintain imbalances, exclude women, and violently control or silence them.

If men really want to become allies, and really want to make a difference, then accepting the existence of the patriarchy and the behaviours that it inculcates and promotes seems, on the basis of what I have read and heard and seen, essential.  We need to accept and believe that ours is a culture (and one among many that share so many similarities), backed up by systems and processes which are in place everywhere, that gives us men power and status, and acts and is leveraged to preserve our position. This doesn’t preclude the impact of class structures, or deny that there are increasing numbers of women in powerful positions, or deny women’s agency, or deny that some men have more power and status than others.

My challenge then, to the man I originally shared all of this with, and to all men reading this, is to do the work: to learn and act.

Within the acting, a specific request.  I make this ask this perhaps because of the fact that we are so busy these days, and don’t have time to take lots of information in; in this context small signs can make big differences.  Take your learning with you wherever you go and wear it visibly.

One small sign can be the sight of (particularly senior men) reading the kinds of books and articles that I recommend below.  It’s commonplace for someone like the General I originally wrote to to be reading a weighty, male-authored tome about strategy or leadership.  It’s the kind of thing aspirational juniors will always see on bookshelves and in briefcases etc.  I asked him to take Soraya Chemaly’s “Rage Becomes Her” and make it something that he carries around with him, to be read as he goes from meeting to meeting, location to location, in the car, on the train, and that people see him reading and carrying, that he places on the table during meetings along with his notebook and briefing papers etc.  People will see this, and it will send a sign to women in the room, and to men who are shy of being allies but want to participate, and it will begin conversations.

That has been my experience of doing the same things.  And it has also given me much-needed confidence and motivation.  I’ve had Kate Manne’s ‘Down Girl: The Logic of Misogyny’ by my side in more than one situation where I have needed to feel capable and reassured in my allyship.

Of course, the same can be true of the audio-visual recommendations that I make.  You can carry them with you by bringing them up in conversation, referencing them to friends and colleagues, applying the knowledge that you have gained in discussing and analysing your work and personal lives.

A quick caveat: there is a shortage of women of colour in the sources, just as there is a shortage of queer writers, and a shortage of writing including perspectives on disability, class, faith, age and socio-economic background.  This lack of intersectionality is something that I am working to overcome in my own work.  I am very grateful to the people whose writing, podcasts, documentaries, music, and films are helping me to understand, and to the friends and colleagues who are giving so generously of their time and experience to help me.  I hope that I am repaying that through my actions, and in passing on what I find, as I go.

You might take a look at this and think that there’s a lot there.  And it’s not as though anyone is short of things to read or watch, on whatever subject.  My view is that engaging with these testimonies and stories is essential to the allyship that we are talking about here.  And the willingness to spend the time that it takes to listen, to watch, and to learn, is the barest minimum of a proof of commitment to the work.

First a handful of articles by women who are writing today about sexism and misogyny.  I have selected these articles because they seem to me to give a great ‘in’ to the subject.

Rebecca Traister writing about the experiences of women who have been sexually assaulted, after taking action on the crimes against them.

Jessica Valenti on what has happened to feminism over the last ten years.

Caroline Criado-Perez talking about the gender data gap, the subject of her book ‘Invisible Women’.

An article that provides a digest of responses on Twitter to a question posed by Danielle Muscato, asking women what they would do if all men had to abide by a 2100 curfew.

Kate Manne writing about the ways in which powerful men shore each other up when they have discriminated against women, and have sexually abused and assaulted them.

The impact statement of Chanel Miller, from the trial of Brock Turner, who raped her.

This report was one of the first things that I remember reading as I began to become more active in my allyship. It’s a damning report about how women experience Whitehall.

A more academic piece, looking at why feminism needs men as allies, and explains why.

This boils down to …… podcasts.  I do a lot of walking on my commute so often listen then, and also on my train journeys.

This podcast is an accompaniment to the Ronan Farrow book ‘Catch and Kill’ all about his investigative reporting on the sexual assaults by Harvey Weinstein.

No Country for Young Women explores feminism, gender and race with a lot of comedy and swearing, and focused on generations younger than mine.  I recommend it because it’s eye opening especially for a middle-aged white man like myself; it’s different, it’s in your face and it’s very funny.

Again, much comedy and truth here with The Guilty Feminist.  I wish I could remember specific episodes to recommend but there’s so much to laugh (often wryly) at and the quality is so high that it blends together (in a good way!).

I’ve just finished watching this and it’s a powerful story about how women who report the sexual assaults perpetrated against them are treated and how their allegations are investigated.  It’s essential viewing because the detectives who end up working the cases are women, and women are centred throughout, which is so rare for mainstream TV. I have also linked the story that underlies the programme (third link), in case you don’t have Netflix and can’t watch it. The first episode in particular is essential viewing, but very harrowing.

Roll Red Roll is the story of a rape perpetrated by members of a US high school American Football team, and how the school, the society and their peers respond.  It’s a very difficult programme to watch, but it’s essential. I also attach a thread of tweets that I sent about the film after I watched it, to share some of my reaction. 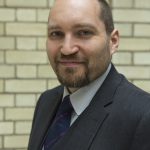 Nick Pett is a senior civil servant in the UK Ministry of Defence in his 21st year in the department.  He has worked in media and communications, on inquests and litigation, military strategic planning and organisational development.  He is a member of the civilian LGBT+ network, a Naval Servicewomen’s Network Ally and a mentor through the Social Mobility Foundation.  If you want to know more, he can be found on Twitter @pettoir