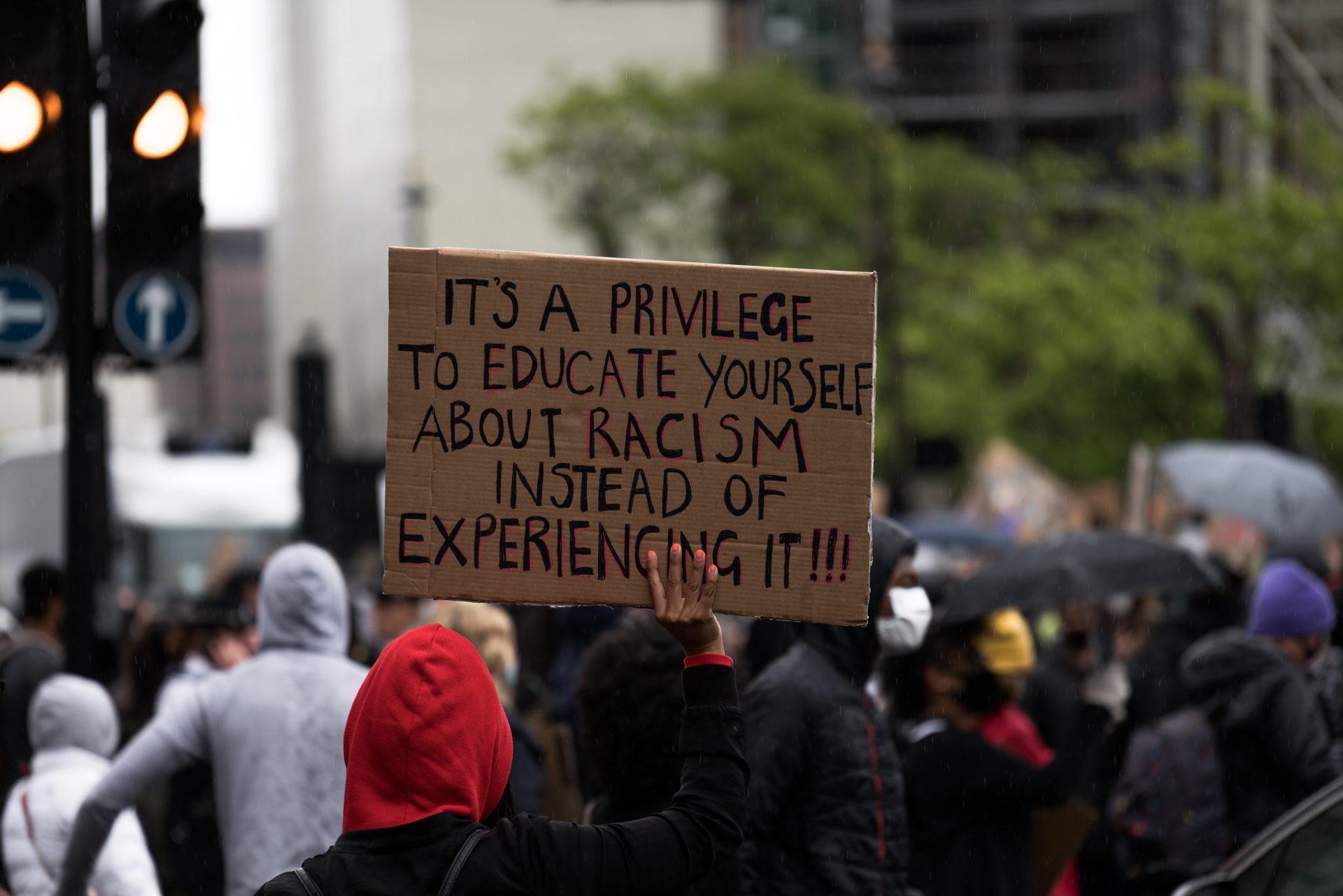 Editor’s note: This piece is part of a series run by the Wavell Room offering unique and personal perspectives on Black Lives Matters. The series reflects very personal moments in from the lives of the writers and our aim has been to capture the mood from differing perspectives.

Our people are at the heart of our military…
Diversity and Inclusion are operationally essential…
We aim to reflect the society that we serve…
Respect for others is one of our Core Values….

I sometimes wonder how often these lines to take have been included in external communications from Defence.  I’ve been complicit in saying them.  They are easy to say, difficult to dispute and people almost unanimously agree with their aim.  But how much does the culture of Defence really reflect those statements?  In this article, written during Pride Month, I want to offer a different perspective on diversity based on my experience as a white gay man with hidden disabilities and as an ‘ally’ supporting other disadvantaged groups.  In it, I outline why it is critical Defence takes diversity seriously and that we all have a role to play.

The case for diversity and inclusion is broadly 4 parts;

On social media, I recently discussed the importance of diversity of thought in improving team performance and the prevention of group think.  Such themes are often identified retrospectively in analysis of human factors following military mistakes.

During this discussion, an Army officer replied ‘I did a ton of research on this…it’s nonsense’.  His basis was that whilst there were studies which showed improved performance of between 4-12%, some ‘ethnically diverse teams actually declined in performance and none of the studies I found were military focused’.

Whilst he is correct that there are varying findings in studies, the meta-analysis is clear, that diversity has a positive impact.  I believe a major factor in the variance observed is that the importance is not just that diversity exists, but that it must also make individuals in diverse teams feel included and empowered.  Whilst there is little quantitative research into military specific team performance, the implication that inclusive and diverse teams don’t perform better within our organisation is incongruous to my personal experience.

More broadly though, he made a candid response in another conversation stating ‘I have a 100% proven track record of embracing diversity and inclusion at sub-command level’. In my opinion, diversity and inclusion is not something where anyone can declare their own track record.  Perhaps this reflects those within Defence who don’t believe in the full value of diversity and inclusion.  They may see it as a tick-box exercise where Defence must have policies in place to appease employment tribunals and the media.  It is also possible that some of our people publicly believe in diversity but privately don’t invest in it.  There will no doubt be others who think diversity is only important for those whom it affects and not them.  And there are others whom it directly affects and some great diversity allies.

Diversity in the Spotlight

In May 2020 the murder of George Floyd in Minnesota super charged debates about race.

This is not the first of such killing, nor even the first of such a killing that has caused mass protests around the world.  Yet the sustained reaction, during a global pandemic, demonstrates the strength of feeling amongst black people and others opposed to institutionalised racism.  This reflects historic injustices that are entrained within the structures of institutions and across society.  These continue to have a major impact on some people’s lives and the themes are also evident across Defence.  And yet, history has shown that once the media response has receded, social injustices often remain.

Anyone who has travelled around the USA and ventured beyond the beaches of Florida or the amusement parks must have surely seen the disparity in action?  These injustices aren’t hidden.  But are we blind to our own culture of injustice?  Where do those unconscious bias originate?  The media?  Education?  Our families?  Our friends?  Our colleagues?

The fact that there is a global pandemic is unlikely to be news to anyone protesting.  If you are BAME, you are almost certainly aware that the pandemic is riskier to you and your BAME family and friends.  The public health social measures, the isolation, and a fear of the unknown all add to the innate pressure felt by us all.  But if you are from a marginalised and/or oppressed group in society the constant reminders of the inequality you see on a daily basis, whilst the rest of society appears oblivious, can heighten these feelings.  The same is true in the Defence community.

On a personal level, how should we respond to such outcry of concern in a modern social media age?  Many readers will be able to categorise their response along one or more of these general lines:

Which have you chosen and why?

Looking across the reactions to George Floyd’s murder, I have struggled seeing people from other marginalised communities, such as those who identify as LGBT+, concentrate on the impact of the protests might have on them. They, of course, often face institutionalised and cultural injustice themselves but yet somehow struggle to relate to the injustice faced by others.  More generally, why is there an emotional disconnect from the experience of those who aren’t judged because of the colour of their skin to those who are? Do other marginalised groups feel the same disconnect? I know I experience it as a gay man.

We Can All Be Allies

You may of course be wondering why me, a gay white man is writing about black lives.  It is incredibly important not to speak on behalf of the black community.  But equally it would be hypocritical for me to stand up for gay people but not support other oppressed groups in society.

I am an ally and I want to amplify black voices.

I was recently told about my own gay history from a senior officer.  I was lectured on how the rainbow flag was originally 8 colours when I raised the point that some corporations were repurposing the 6-colour rainbow flag for other causes and needlessly negative impacting on some LGBT+ people.  However well meaning the senior colleague had been, having personally travelled to San Francisco to learn about the history of the flag, and having met the flag designer Gilbert Baker before his death in 2017, this encounter was incredibly frustrating.

With this in mind, over the last few weeks I have taken the opportunity to speak with members of the BAME community both inside and outside of Defence.  They told me of the injustice they face and how the current situation has heightened racism within their Ships, Units, or civilian workplaces.  The fact that we don’t have more BAME voices speaking openly about this is reflective of just how further Defence really has to go.

We don’t fit neatly in one box

During the days that followed the killing of George Floyd, Florida Police killed another black man. Tony McDade was shot by a white policeman on 27th May 2020.  This black man was a trans man.  Florida Police misgendered him in their subsequent reports and denied local media reports that said he was unarmed and that no warning was given prior to the shooting. Another 2 black trans men have since been murdered and in total 11 other trans people in the USA have been killed so far this year with a transphobic motive.

We like to put people in boxes.  All boxes do is compartmentalise our thinking.  That is why we stereotype.  That is partially why we develop unconscious bias.  But the reality is that our organisations and teams are made up of individuals not boxes.  We should therefore work inter-sectionally; a lesbian is also a woman and can also be black, trans, pregnant, a victim or perpetrator of domestic abuse or religious for example. Whilst we can look to remove inequalities for groups, we must still treat each person as an individual.

We all have our own individual characteristics and circumstances.  Some of these will be protected in law such as the 9 in the Equality Act.  Some of these will make your life harder and these can be exaggerated during times of change such as with COVID-19.  We all can have challenging and difficult lives.  Some of our characteristics make things easier for us relative to others, often we don’t realise that they do.  This is often termed privilege. I have white privilege for example and because that doesn’t negatively impact my life it can be hard to realise without actively thinking about it .

In 2020 we celebrate 20 years of open LGBT+ Service and 30 years of women at sea.  It would be completely unfair of me to say that there hasn’t been significant progress since these milestones, there has. Policies have improved.  Culture has improved.  Defence has Equality and Diversity Advisors in most units and mandatory annual diversity objectives.  Diversity and inclusion is taken seriously by many of our senior leaders

Society also evolves.  For example, surveys show that the majority of our target recruitment market no longer identify as ‘fully straight’.  Yet, are we slow to reflect this?  Collectively, we use excuses, such as being a bottom-fed organisation, as to why there isn’t more diversity throughout our organisations.  We concentrate our diversity improvements on things that are inexpensive, such as changing policy, non-directly funded networks and statements such as the opening lines of this article.

A lot of the progress that Defence has made is as a result of individual leaders, some at the top of the organisations, others within policy, or some as a result of people making a difference in and beyond their own Units.  It has also been as a response to the collective voices of the grass-route networks throughout Defence.

However, improvement is not enough.  There remains racism, misogyny, homophobia, biphobia, and transphobia within our ranks. Not to mention conscious and unconscious bias towards other groups.

Multiple service personnel who choose to be members of networks designed to help, tell me they have been told that despite their activities showing spare capacity, often conducted in their own time, that their association detracts from their core job.  Even when they are performing as well as or better than their peers.  To their credit, many of these people continue their valuable work. But others opt to leave the Service to where such work is more valued and their talent and passion is lost to Defence.

Nobody said diversity and inclusion is easy.  If you are a leader, we must take time to understand the lived experiences of our team.  It is ok to be honest, to say we should improve and actively drive that improvement.  That will mean far more to those facing inequality than cliché phrases.  Diversity and inclusion affects us all and we should all be allies to all our fellow sailors, submariners, marines, soldiers, air force personnel, and civil servants alike. 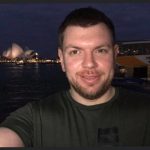 Surgeon Lieutenant Commander Mike Hill is an Emergency Medicine doctor and Co-Chair of Compass, the Royal Navy's sexual orientation and gender identity network, and a member of CanDiD, the Defence chronic disease network.  He is a multi-award winning role-model and has over 2 decades of experience speaking on diversity having lead a number of Defence wide and cross-government projects.  He is a trustee at the national LGBT foundation charity,  communications lead for  Trans In The City consortium and is a member of the Pride in Public, Pride in Defence and Maritime UK LGBT+ cross sector collaboration networks.

Black Lives Matter: The View of One Black Officer