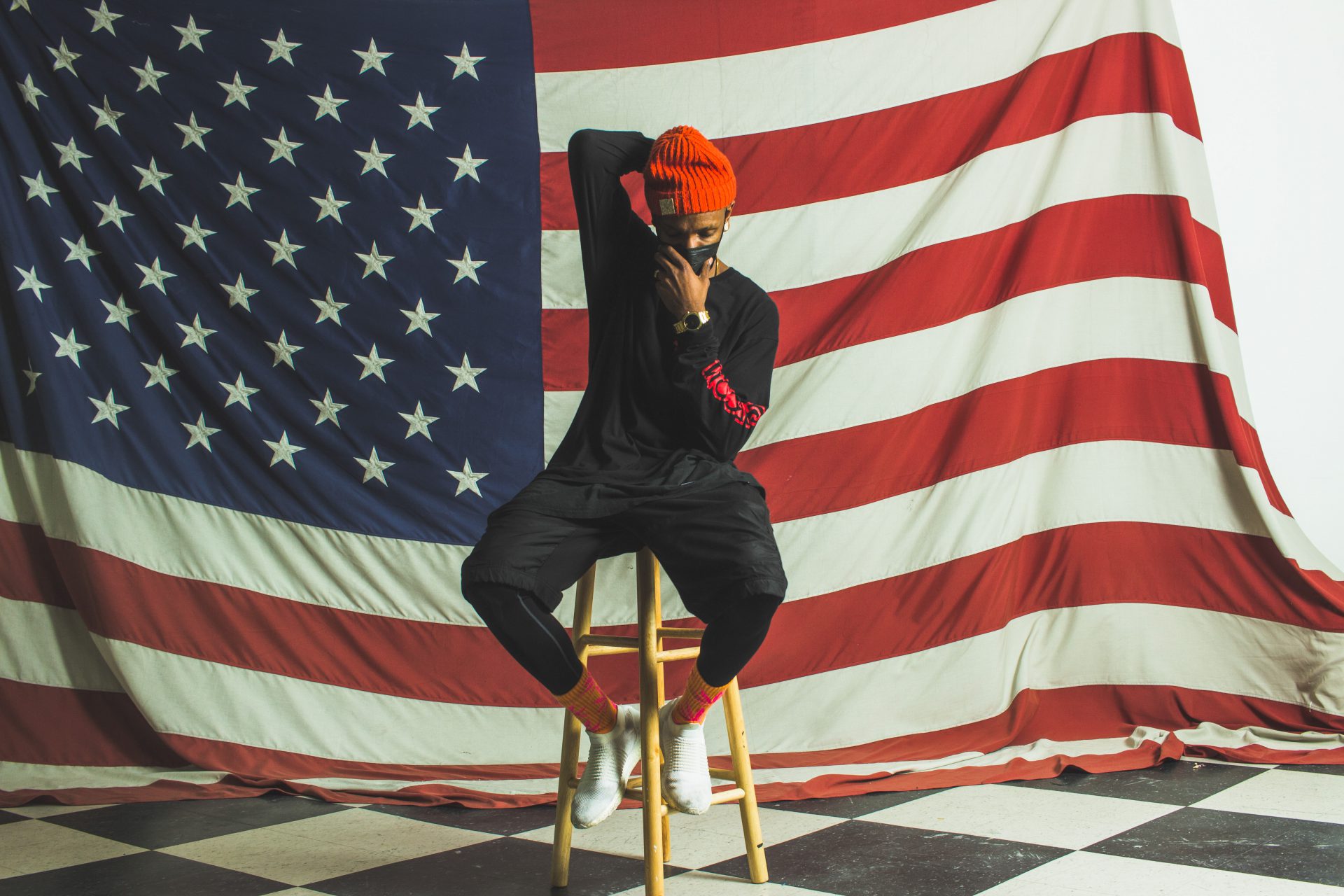 The United States leads the world both in infections and deaths from the novel corona virus and the disease is currently increasing in a number of states. In spite of this, all states have restarted opening, so it is currently impossible to evaluate the full impact the virus will have. Furthermore, to write about the question at all means talking about the domestic situation because the virus has brought into relief problems that, admittedly, long predated Trump but which he has invariably made worse.

The first of these is lack of health care which has become more severe because of Trump’s persistent attempts to destroy his predecessor’s signature achievement, the Affordable Care Act, popularly known as Obamacare. When added to an uneven distribution of medical resources, the expense of medical care, and a disorganized federal response that put the onus on the states, the morality rate has been high and shows no signs of abating.

The second issue is the anti-science bias on much of the right. Originally linked to rejection of climate change, it has expanded to include the corona virus pandemic. This has led to the premature opening of a lot of states, the rejection of mask wearing, and a refusal to recognize the seriousness of the pandemic. Donald Trump has been a leading figure here and has repeated false stories and cures about the virus as well as belittling it and politicizing the response.

The third problem has been very much in the news recently. Social inequalities have been vastly aggravated by the high unemployment rate caused by the lockdown. These economic problems disproportionately affect minorities especially Blacks. According to a New York Times study, over half of African American adults are unemployed. Although the initial unemployment report for May claimed a significant decline in the general unemployment rate, the data has been called into question by the Labor department itself and, in any case, there is no doubt that it actually increased for Blacks. Furthermore, according to the American Public Media’s Research Lab detailed analysis of available data (which includes about 86% of confirmed covid cases), the mortality rate for Black Americans from covid-19 is 2.4 times that of Whites. The journalist Adam Serwer has even argued that: “Once the disproportionate impact of the epidemic was revealed to the American political and financial elite, many began to regard the death toll less as a national emergency than as an inconvenience.”

Add to this mixture, police brutality and the murder of George Floyd, a government that does not seem to care (or is actively hostile), and a president who has inflamed white supremacists and you have the recipe that brought the present disaster. And, of course, the current protests are worsening the economic situation and helping the spread of the virus. Added to this, individual states, including New York and California, two economic giants, are nearing bankruptcy and the Republicans in the Senate and the administration, are refusing to bail them out (a bill to do so has already been voted by the House). To complicate the matter, legally states must balance their budgets and cannot have a deficit and, since they cannot declare bankruptcy either, this means huge budget cuts: notably in police, fire departments, hospitals, sanitation and education. And this in turn would make the economic disaster much worse

Added to this, Trump has taken an aggressive tone, notably ordering federal police and the DC national guard to clear out peaceful demonstrators for a photo-op at the church across the street at Lafayette Square. He has threatened to invoke the Insurrection Act and call in the army to deal with protestors in various cities around the US, especially the national capital. Federal law enforcement officials have been deployed in Washington, some without any form of identity, which has provoked serious legal questions. It also led to James Mattis’s recent scathing attack on Trump and other former military leaders have voiced similar concerns. Although both Mark Esper, the Secretary of Defense, and Mark Milley, the Chairman of the Joint Chiefs of Staff, initially went along with Trump’s orders, they have been walking back their support since with Milley even apologising for his presence with Trump at Lafayette Square – to such an extent that Trump apparently wanted to fire Esper. While the administration appears to have backed down for now (although Trump continues to issue threats on Twitter), some are worried that the president will continue to try to politicize the military.

The journalist Jennifer Rubin summed up the situation well: “We now have a pandemic akin to the 1918 influenza outbreak, an economy reminiscent of the Great Depression and racial anger and violence akin to 1968. Trump’s presidency has combined the worst experiences of America, fueled by the worst sentiments that have afflicted this country for more than 240 years.”

The November Election: International relations after a Trump Victory

Of course, more than anything, post-covid America will be shaped by the election in November which will determine the future direction of the country. In the current situation, it seems highly unlikely that Trump can win again. According to an in-depth study by the Congressional Budget Office, serious economic problems will continue into 2021, and the Federal Reserve’s projections support this. Polls have repeatedly shown a significant lead for Biden, including in some states that Trump won in 2016 but, of course, things can still change by November. The best-case scenario is that Biden wins by a landslide, and that Trump resigns after the election so that Pence can pardon him – although he will almost certainly get his own TV series, probably on OAN (One America News Network) where he will continue to fan the flames of sectarianism. The worst case for international relations is that Trump wins a second term.

If Trump does win, it would mean the end of the post-war world order with the US pulling out of international organizations, notably the UN and almost certainly NATO as well. His recent decision to withdraw thousands of troops from Germany points in this direction. In such a circumstance, only Europe could maintain the post-war structure and provide some kind of equilibrium between the US and China. But Europe is facing its own painful recovery from the coronavirus as well as a number of other problems including the continual conflicts between the UK and the EU over BREXIT when what is needed is unity.

The US has traditionally led international cooperation which is necessary to create a vaccine, find treatments and help the emerging economies, on whom we have become very dependent and who cannot face down the virus alone. None of this has occurred so far for Trump has spurned working with anyone, said the US will leave the World Health Organization and supposedly even tried to get sole access to any vaccine. Added to this would be a deteriorating situation in the Middle East, increasing terrorism in parts of Africa, worsening climate change, the strengthening of Russia as well as increasing aggression from China. Worsening relations between China and the United States could lead to Graham Allison’s Thucydides trap – the theory that a rising great power and a declining one will go to war.

If Biden wins the election, we could expect an improvement in the US role in the world. However, if the victory is close, rumours are flying that Trump could cause trouble, possibly by claiming massive voter fraud and legally challenging the results and/or encouraging his more extreme followers to react violently.

In any case, given the gravity of the crisis, America’s relationship with the world is likely to continue to change even if Biden becomes president. If he wins, Biden’s first preoccupation will be the domestic situation in the US which by January could have gotten much worse. Biden has already promised an ambitious program of social reform that includes increasing the minimum wage, providing free college for most people, enhancing the Affordable Care Act, transforming federal housing, increasing spending for schools in poor areas, and acting on climate change. Not surprisingly, now he is focusing on alleviating racial tensions. All of this would take a lot of money and would absorb American energies for a long time.

With regard to foreign relations, Biden is a specialist, having been chair of the Senate Foreign Relations Committee. In a recent issue of Foreign Affairs, Biden contributed an article significantly entitled “Why America Must Lead Again: Rescuing U.S. Foreign Policy after Trump”, but, equally significantly, he begins by writing: “First and foremost, we must repair and reinvigorate our own democracy, even as we strengthen the coalition of democracies that stand with us around the world. The United States’ ability to be a force for progress in the world and to mobilize collective action starts at home.” He then goes on to list a number of major social and institutional reforms that he plans to introduce in the US. He clearly states his priority for domestic policy, stressing that the US must lead the world again “not just with the example of our power but also with the power of our example.” Biden promises to mend relations with his Western allies and to organize a global summit for democracy in his first year in power but only after “having taken these essential steps” of reform. With regard to NATO, he insists that America’s commitment to it is “sacred” but that “our allies should do their fair share” and that he “will lead the effort” to “reimagine” America’s “historic partnerships”. Other promises include rebuilding the State Department which has been devastated under Trump and ending abuses in the immigration system. He states he will stop support for American wars in Afghanistan and the Middle East as well as for the Saudi-led war in Yemen. He also wants to relaunch the Iran nuclear deal, to fight back against Russian attacks on democracies, to extend the new START Treaty and to seek new arms control agreements.

Most of these comments are repeated on his campaign website, where some of them are developed a bit more. For example, he gives a few more details about what he means by reimaging NATO: “This means keeping NATO’s military capabilities sharp, while also expanding our capacity to take on new, non-traditional threats like weaponized corruption, cyber theft, and new challenges in space and on the high seas; calling on all NATO nations to recommit to their responsibilities as members of a democratic alliance; and strengthening cooperation with democratic partners beyond North America and Europe by reaching out to our partners in Asia to fortify our collective capabilities and integrating our friends in Latin America and Africa.” So, while Biden will recommit to the Atlantic partnership, he will continue the demand for increased spending and participation by other members and will probably also revive the Obama administration’s pivot to Asia.

Currently, there is a high chance that Joe Biden will be elected in November but no one should imagine that this will automatically mean a massive US investment in European security. While there will be a huge improvement in international relations and renewed American interest in international institutions, Washington will face enormous constraints because of the US domestic situation, which is clearly Biden’s priority. Whether Trump or Biden wins, both the EU and the UK will need to increase their investment in their security.

Lori Maguire is Professor of  American Studies at the University of Reims in France. She has published widely in both English and French, notably on the US Senate Foreign Relations Committee during Joe Biden's tenure as its chair. You can find her on Twitter at @MaguireLori where she is currently analysing Biden's foreign policy views over the years, examining a different subject every week.