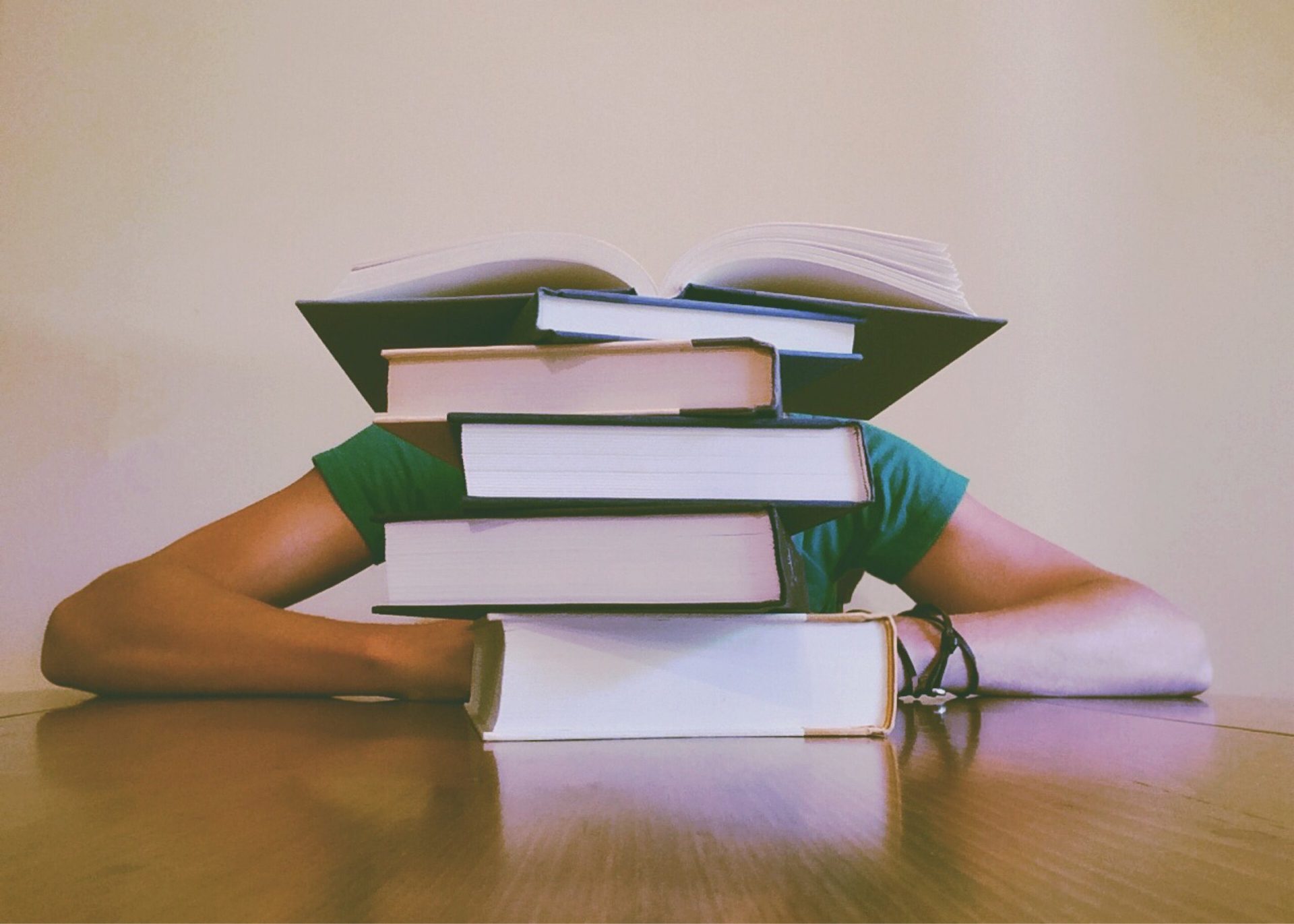 What is PME Anyway?

A rose by any other name:

Professional Military Education (PME) has become increasingly salient in UK Defence thinking in recent years. It is also big business, when you think of the contracts with universities and service providers, as well as the market in publications aimed at students and staff. But there is confusion over what it actually is, which often manifests counter-productively in its design and has negative ramifications for any future model after the Integrated Review.

Is PME different from military training, for example? Is it different from continuing professional development (CPD) in private industry, such as the ubiquitous Master of Business Administration (MBA) and other courses of that ilk? And is it different from academic graduate and post-graduate education? This is not simply a question of semantics; if there is distinction without a difference, then perhaps we could train technical skillsets such as planning, then pack officers off to do MBA and MA degrees, with the same – or improved – result.

In short, yes, it is different. PME incorporates elements of military training, academic education and CPD. There is overlap with each but PME is a unique endeavour and more than the sum of its parts. The design of current and future PME models must take this into account.

Education that is professional and military

I think that taking the purpose of education as being “to give intellectual, moral and social instruction,” gives us a good starting point for a discussion of what distinguishes education that is both professional and military.

Let’s begin with its professional character. Cruess, Johnston and Cruess have worked up a great definition of ‘professional’ as applied to the medical sphere. I think it applies equally well to the military. At the core of it lies the notion of:

Professional education, then, is the intellectual, moral and social instruction of a professional community with respect to its specific knowledge and skills, its practice of a particular science and/or art, and its associated ethical code.

This already offers us some insight into what needs to be included in the design of a PME package, and where scope and purpose must diverge from non-military and/or non-professional education. PME must help military professionals attain and develop the knowledge and skills required of their profession; while cultivating their shared ethical code and facilitating their socialisation into the profession. And of course, it should be stating the obvious that “[m]ilitary academies tend to be strongly linked to the professionalization of the armed forces.”

In fact, it’s worth highlighting here that some argue “European military organisations [are losing], either voluntary or unintentionally, their professional character and can no longer be unquestionably assumed to be military professions,” precisely because of their move from the traditional PME model of military colleges and academies toward the model of national defence universities. In the UK context of PME delivery through traditional institutions, this shouldn’t be cause for panic. But it is worth taking a minute to reflect on how changes to PME can result in second and third order effects that may be unforeseen – or even deeply undesirable.

When is education not education?

With this in mind, when comparing PME with military training, it is worth observing that its aim is both to increase the military’s professionalism and to educate it. Those are related and overlapping objectives, but they are not the same. Professionalism means that military leaders share both a corpus of knowledge directly related to their mission and an ethic. Education suggests a broadening beyond the confines of knowledge directly related to the mission and the development of critical thinking and creativity.

This alludes to the argument that PME should be seen more as “the cultivation of judgement rather than as a sort of mechanical habituation of ‘skills and drills’.” This speaks to the tension between education and training, “what Samuel Huntington, in The Soldier and the State, had earlier called the “technicism” – concentration on a technical specialty – prominent in military culture.”

In the UK, whilst there remains a clear delineation between training and education, PME has tended evermore towards educational aims since the end of the Cold War – until now, at least. Indeed, the Defence Academy’s declared mission is to “deliver the intellectual edge for success on operations, and leadership in government,” to be achieved through “a constantly enquiring and self-critiquing, learning-based, adaptive approach.”

Continuing in this vein, the Defence Information Notice for the Advanced Command and Staff Course states that the aim is “[t]o prepare selected military and civilian officers for senior positions by developing their analytical, decision-making and communication skills and broadening their professional knowledge of a wide spectrum of military, political and international affairs.” To be perfectly clear: this is education, rather than training.

We don’t need no education?

A number of scholars and practitioners have contended that the teaching of specific professional military processes, procedures and techniques, such as “operational planning and military force development,” should be the primary concern of PME, particularly in an increasingly complex environment. This would seem to suggest that staff training – rather than intellectual, moral and social instruction – should take precedence.

However, the problem with “‘inculcating leaders with a mastery in the art and science of war’[…] is that inculcation is simply rote learning under the guise of a fancy name.” A more holistic approach incorporating attributes as well as skills and knowledge is vital, and thus we see a very prominent focus on critical thinking or “cultivation of judgement.”

Indeed, it seems that development of critical thinking, problem-solving and decision-making is a “consensus attribute” of PME; certainly it is a widespread opinion. Yet, it is also argued that it is vital to develop “the ability to understand the security environment, respond to uncertainty, anticipate and lead transitions through change, and operate with trust, understanding, and empathy as important skills for future military leaders.”

This dovetails with the fruitful and ongoing discussions about developing followership and leadership among military professionals through PME, as well as understanding of the strategic and political environment.

The question of whether military professionals should study policy and strategy was answered in 1947 by Field Marshall Bill Slim, who argued convincingly that “an officer who shows that when formulating his opinions he has given the necessary consideration to all the various factors-political, economic, etc. is far more likely to get his ideas accepted than one who has obviously failed to give these matters due weight.” Put more bluntly, “it is absurd to suggest that a senior officer will be more successful if they do not understand the context and processes of their operating environment, including Congress, domestic politics, international affairs, governance and societies of allies and competitors, the media and more.” The key, of course, is achieving this with the mission statement of building professionalism in mind, rather than for education’s sake.

So, in sum then, Professional Military Education is not training, because of the focus on – or at least equal importance given to – the development of attributes and understanding, rather than just skills and knowledge, the traditional preserve of training. PME is professional and military, by dint of the fact that it is dedicated to the intellectual, moral and social instruction of a very unique professional community with respect to its specific knowledge and skills, its practice of a particular science and/or art, and its associated ethical code. One could argue – as I have done elsewhere [MC1] – that PME is what makes the military professional. But certainly, as it stands, it is professional education rather than general academic education because of its relatively exclusive and narrow focus, unlike the more inclusive and broad university model.  PME combines aspects of military training, continuing professional development, and academic education in an integrated and holistic manner. Yet, it is different from each of those endeavours and cannot be replicated by undertaking them separately, in the same way that consuming each ingredient of a recipe individually does not deliver the same outcome as eating the finished meal. I hope this elucidation of the semantics prompts thought about future PME design in the UK at a time when there is all to play for. 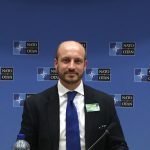 Dr Michael D. Clark is a civil servant with the UK Ministry of Defence. He is currently researching Professional Military Education through the Advanced Command and Staff Course at the UK Defence Academy. Michael has previously advised the Afghan National Army on higher education management, strategic planning and academic leadership. He has also held posts at the Royal Military Academy Sandhurst, the University of Cambridge, and the American University of Beirut. The opinions expressed in this article are the author’s only and do not reflect the positions of the Ministry of Defence or the Defence Academy.