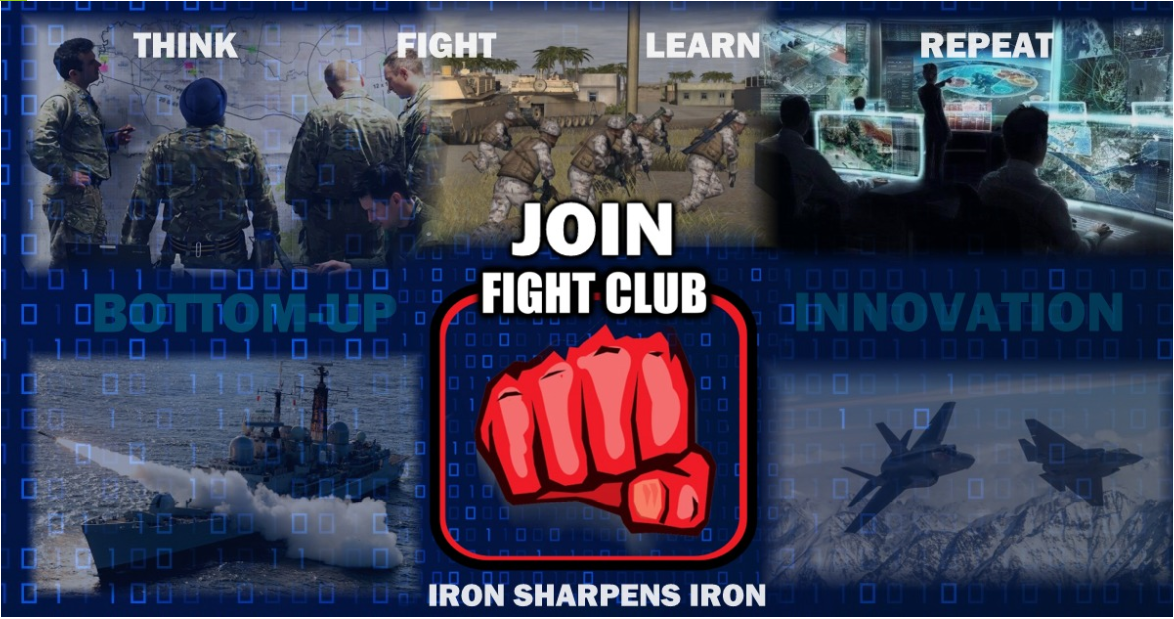 Using simulations for military training is as old as war itself. Romans drilled with wooden weapons. The Prussians led the world on the use of wargames with Kriegsspiel. In the modern day, computer simulation is a vital tool for developing weapons and doctrine, as well as training. The UK Fight Club is yet another way for the British Armed Forces to simulate warfare, but it is taking a unique approach. It works to make gaming far more accessible to every level of the Armed Forces. More than that, it seeks to change culture, making gaming a more common approach to improve thinking and fighting across all dimensions of conflict and competition.

This is a bottom-up initiative to use Commercial off-the-shelf (COTS) computer games and other systems to drive change in military thinking and mimic realistic scenarios for its members. It is a flat organisation where rank and trade are less important than your ability to think and make decisions. Ideas have no rank and they are judged on their own merit.

All members of the British Armed Forces are familiar with using computer simulations for training. Virtual Battlespace 3 (VBS3), currently also Defence’s Virtual Simulation (DVS), is operated at training establishments and available to units via the Unit Based Virtual Training (UBVT) contractual mechanism. Other virtual simulations are used at the Combined Arms Tactical Trainer (CATT) which most units will use as part of their formal training cycle. The BattleGroup Command Control Trainer (BC2T) and other platforms are used on officer education courses and when Battle Group HQs are conducting command post exercises. However, most members of the Armed Forces see simulation training as an inaccessible tool, delivered once or twice a year which takes hours to set-up and can only be organised months in advance. Fight Club challenges this mentality. COTS games let you use computer-based simulation right now, at little to no expense, amongst a community of like-minded peers. Fight Club wants people gaming in a ‘safe to fail’ environment, conducting many ‘reps and sets’, and sharing their learning with the wider community.

Fight Club was founded in March 2020 to bring together interested parties from across the defence sector. The date of the founding may have coincided with the MOD (and the rest of the UK) starting to work from home, but it had been planned months prior and it will continue after the lockdown is lifted.

Fight Club seeks to use COTS computer games to provide its members with an opportunity to hone their skills in a dynamic and adversarial environment. Military professionals must be conditioned to out think, out manoeuvre and adapt faster than any adversary prior to the final audit of battle or crisis. The question, accordingly, is not whether the military has people who can think this way already but whether our current culture promotes this type of thinking. Fight Club seeks to fill what is arguably the greatest deficiency in the training and education of leaders: repeated practice in decision making against a thinking enemy.1

In the few months that Fight Club has existed it has pursued these aims along a number of routes. In April some of its members formed the red team for a COVID-19 Grey Zone Competition Wargame with Special Operations Command – Europe. Since April the club has been playing through a campaign called: ‘Operation Rising Moon’ on the COTS computer game Combat Mission: Shock Force 2 (CMSF2). Club members complete the missions, post their results in a group chat and then discuss how they would tackle the situations they faced differently in the future. Many club members are setting up fight nights in their own battalions and regiments, where commanders pit their wits and tactical acumen against each other and then discuss how it went once the battle is over.

The Fight Club Slack chat group (a social networking forum) is already full of doctrinal and tactical discussions sparked by Operation Rising Moon. The discussions have ranged from the destructive effects of Offensive Support compared to direct fire assets to the most effective staff tools for planning a course of action.

As news of Fight Club spreads, more members of the Armed Forces are realising how they could already be using computer simulations for training. Members of Reservist and Regular units have been getting in touch with Fight Club to ask for advice on how to deliver computer-based training in their own units. The Fight Club is committed to this type of collaborative working; there is no value in junior commanders all over the armed forces duplicating the same work. Fight Club is becoming a central hub for planning and fighting solutions.

This is just the start – Fight Club has ambitious plans for the future. It will host competitions, providing an opportunity for participants and participating teams to test their skills against greater, non-simulated opponents and provide objective feedback on their quality and competence. It will host conferences allowing club members to take advantage of commercial and academic events to improve gaming, thinking and collaboration.

The greatest success of this nascent Fight Club effort is the expansive human network which continues to grow stronger by the day. There are already participants across all services, government, industry, and academia. Senior members of the Ministry of Defence have signed up and are active members. The leaders of the Fight Club have already briefed the Chief of the General Staff on its potential and are due to brief Commander Field Army in the next few weeks. Fight Club has even started working with a Hollywood film company to prototype a new VR simulation. In less than three months, a small group of professionals have ignited a fire which is spreading fast and positively changing military culture for the better.

If you want to join the UK Fight Club you can get in touch with us on Twitter. 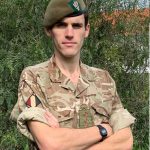 Capt Elliott joined the Army in 2012 and has served in a number of roles at regimental duty in armoured infantry and light role infantry battalions. He also spent 18 months as an instructor at the Infantry Training Centre. His most recent role was as the Adjutant of 2 MERCIAN based in Cyprus as the Regional Standby Battalion.

The Soft Power Army of the 2020’s: An Alternative Perspective