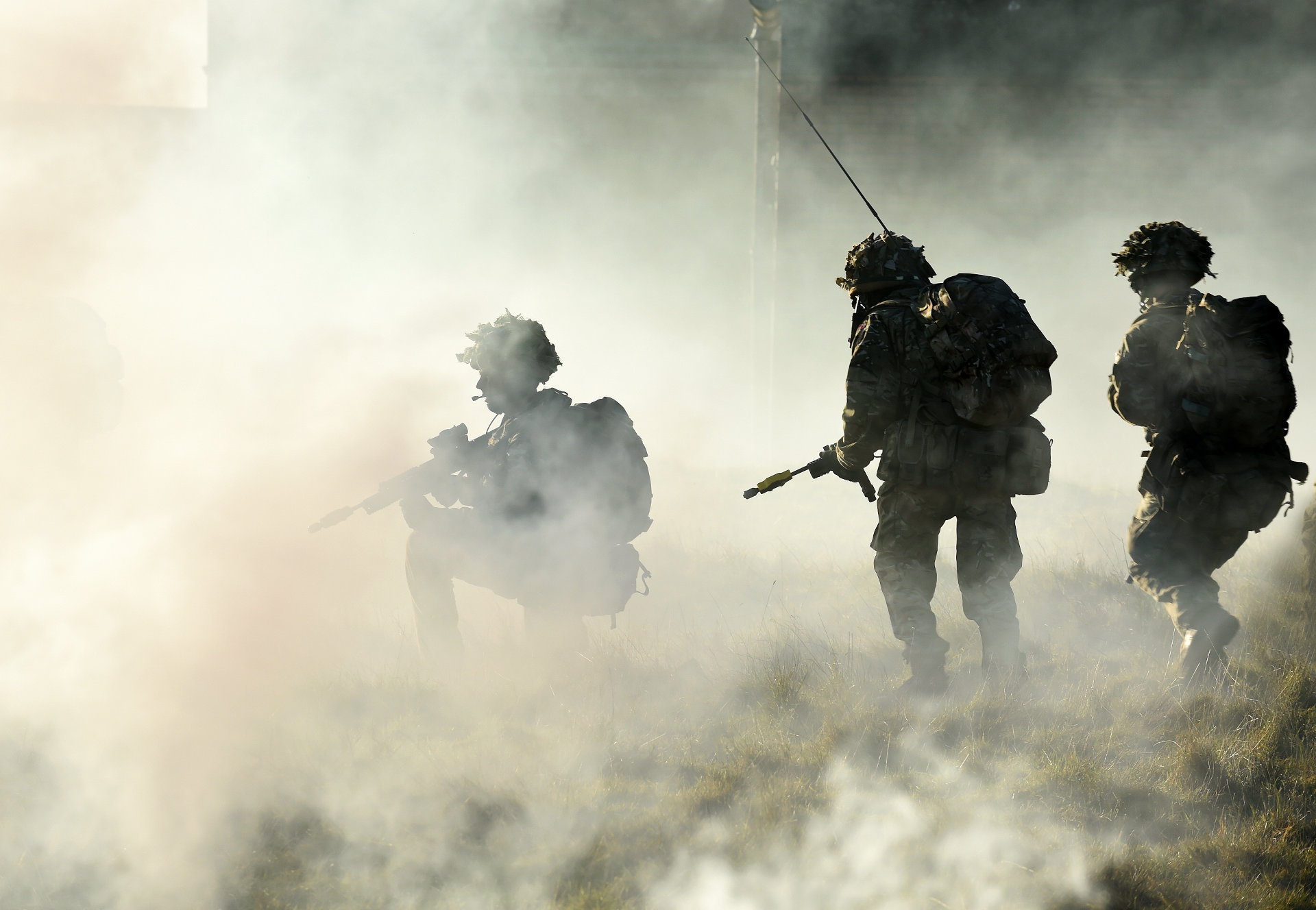 The British military would benefit from a fresh transformational approach to leadership development.   A step-change in the development of leaders can be achieved through the incorporation of two methodologies; Experiential Learning combined with a greater focus on Vertical Development.

As a civilian Leader and Leadership Development practitioner with fond memories of 11 years-service as a Gunner officer my perspective straddles the military and civilian worlds.  I’ve been struck by a number of themes from the civilian world of development, explained below, that would enable the military to exploit the intent behind the Army Leadership Doctrine.  This article explores the following exam question… ‘How can the Army introduce transformational leadership development into its leadership curriculum?’  This article uses the British Army as a case study to show how these models can be used to exploit the intent behind the Army’s Leadership Doctrine, summed up in the Leadership Code.

Why do we Need Change?  Is There a Problem?

Today’s context for leadership is one of challenging environments defined by the military as volatility, uncertainty, complexity, and ambiguity (VUCA).  In this environment the pace is fast and there is little stability.  To respond to this environment, leaders need to be adaptable and agile.  They need to be able to change quickly and skilfully.  Leaders need to create adaptive organisations that can continuously observe, learn, and adjust.

Current approaches to leader and leadership development do not fully equip leaders for these complex challenges.  This is because Army training and development is predominantly focused on horizontal, or skills and knowledge-based development.  This has the advantage of being easy to reproduce at scale in a consistent way.  Think, for example, of a skill at arms training package which is likely to be very similar wherever you encounter it.  However, the Army is missing a trick by not complementing its Horizontal Development methods with approaches that help its leaders to be more effective in VUCA environments.

One of the legacy problems with Army leadership theory is that pre-2015 the Army did not have a formal leadership doctrine.  Arguably, the prevailing mindset was that the Army just ‘did’ leadership.  Field Marshal Slim’s definition of leadership, as ‘that mixture of example, persuasion and compulsion that makes people do what you want them to do’ is often cited.  The quote implies leadership is a form of action that inspires or convinces men and women to willingly follow orders into complex dangerous situations.  It is a powerful concept, but one which has had limited exposure in the development of doctrine.

In 2015 a positive step was taken when the then Director for Leadership, General Paul Nanson, led a team which introduced the leadership doctrine and The Army Leadership Code.  The General established the Army’s Centre for Army Leadership as the home for all matters relating to the research critical thinking of leadership matters.  The intent was to ‘unlock the potential of every soldier’ and empower the Army for success on operations.  Its development is evolutionary and relies on new perspectives to maintain its premiership.  Five years after it was first published, now is the right time for the Army to review it and look for the next step forward.

The language of leader and leadership development are to a large extent used interchangeably, often with little distinction made between them.

‘Leader Development’ describes how organisations develop the skills, capabilities, and mindset of individuals.  Increasingly, leaders are required to combine the ability to be self and socially aware,  to think, and to act strategically.

‘Leadership Development’ holds a broader meaning and relates to interactions between the individual and the social and organisational environment system within which they operate.  Put another way, leadership development describes the qualities needed in the organisation.

It is helpful to consider how this development relates to attitude (how values and beliefs are expressed through behaviour), awareness (an individual’s ability to notice what’s going on at the level of self, others, and system), skills & capability or around the use of appropriate leadership tools.

Vertical Development aligns closely with emergent leadership thinking such David Marquet’s ‘Intent-Based Leadership’ in which he encourages leaders to ‘embed the capacity for greatness in the people and practices of an organisation and to decouple it from the personality of the leader’.  It is an approach underpinned by deep self-awareness and enabling belief systems.

In the related example of mission command, the skill of delegation is widely practiced and refined (Horizontal Development). It plays out in every orders group.  Delegation involves the giving away of decision-making power to others and trusting that subordinates will act in alignment with the commander’s intent.  It requires an underlying belief that subordinates are both willing and able to conduct the mission.  Such an approach approaches require leaders to believe in the positive intention and capability of their people.  It is a practice underpinned by each leader’s systems of enabling beliefs in relation to their subordinates.

In contrast, this can be derailed when subordinates aren’t empowered but instead are micro-managed (it may be deliberate or unconscious) through a lack of trust in the subordinates, an individual leader’s need for control and power or low self-awareness.  The ‘long screwdriver’ is a beautiful metaphor for such scenarios. Work in this arena falls within the remit of Vertical Development and requires the ability to work at the intimate level of an individual’s mindset, feelings, and beliefs.

Working at this intimate level requires the skill and confidence to help individuals to explore their leadership practice and behaviour though the Vertical Development lens of purpose, identity, values and beliefs.

Such work requires individuals to be emotionally aware and articulate and to work at a richer level beyond the transactions involved in ritual and cliché, and facts and information levels of communication.  The application of this richer leadership practice is central to the themes of wellbeing, engagement, performance enablement, and retention; because practitioners experience greater self worth and an increased sense of belonging.  Vertical Development enables a deeper exploration and understanding of The Army Leadership Code since it helps individuals explore and bring to life their own values in alignment with those of the Army.

Horizontal Development complements the use of Vertical Development approaches by providing the use of relevant, high-value skills and knowledge that underpin an individual’s ability to ‘do’.  Historically, the Army has favoured a Horizontal Development approach using traditional rote or didactic learning approaches.  In these cases, information is transferred from an instructor to a learner (using methods such as presentations, lectures, drills etc.) and do not necessarily involve learners’ reflecting on their learning; as a consequence the learner plays a comparatively passive role.

The risk in using a predominantly Horizontal Development approach is that the leader may not be fully equipped to create an environment for high performance where every person is aligned with the higher purpose and capable of, or comfortable with, problem-solving for themselves.

Incorporating Horizontal and Vertical Development into the Army leadership curriculum together would have a transformational impact on both individual leader capability and organisation performance.

Yes, and very well too.

Vertical development is currently being successfully pioneered in the Army Cadet Initial Officer Training Curriculum and is receiving great feedback.  In addition, the following case study illustrates its impact in a regular British Army unit.

Officers and soldiers of the Battalion applied to the Army Innovation Fund and leader development was selected as one area for investment.  The Battalion ran a leadership cadre utilising these theories in July 2020.  The aim of workshop was to help the selected soldiers to realise their leadership potential and increase their capacity to operate as role-model leaders.

The Battalion chose to use a civilian leadership development organisation to introduce a novel perspective and to complement the in-house offering.  A two-day interactive and experiential programme was commissioned that used Vertical and Horizontal Development to underpin a design which was focussed on creating a common language and approach to leadership.

The workshop was well received with 100% of participants agreeing that they enjoyed the programme and found the combination of experiences, theory input, and discussion to be useful.   One officer commenting: “The civilian approach to leadership development was refreshing and provided a different perspective… I can’t wait to see the long-term results”.

“I really enjoyed the workshop, it was very interactive, hands on and not just about sitting through loads of PowerPoint slides. That made it more enjoyable and interactive – it encouraged me to be actively involved and gave me the opportunity for free thinking”

How to Incorporate it into the Army Leader and Leadership Development?

Incorporating Experiential Learning and Vertical Development into the Army leadership curriculum is likely to require external support and expertise.  At least in the short term until the Army can develop in-house expertise if it is to be meaningful and effective.  As a body of work the theories are nuanced and subtle.  The language around it needs to be re-framed from training (a Horizontal Development activity) to that of facilitation, coaching, and mentoring (Vertical Development).  It is fundamentally a supervised exploration of self at a deep level of personal awareness.  This is backed up with clear commitments to action through action-planning, coaching, and mentoring.

There are some issues to consider when adopting these approaches and selecting partner supplier organisations.  As with any service, there is a range of quality and capability on offer.  The Army must avoid the tendency for ideas around aspects of leadership to be commoditised into products.  Such products are often marketed as ‘the answer’.   When, in reality, a wider and more holistic range of methods and approaches need to be blended together to create a coherent development offering.

Experiential Learning which incorporates additional Vertical Development themes to complement the all-too-common Horizontal Development can offer the Army an opportunity to step-up its leader and leadership development curriculum.  Building on Army Leadership Doctrine’s already-embedded exploration of what leaders Are, Know, and Do with themes relating to personal values, beliefs and feelings offers scope for individuals to transform their leadership practice.  Such a change will significantly support individuals to lead even more effectively in the VUCA contexts in which they operate. It will allow the Army to bring the excellent Army Leadership Doctrine and Army Leadership Code to life in a more impactful way that supports retention, facilitates high-performance at all levels, and improves overall engagement. 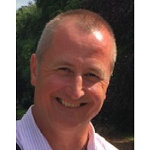 A former TA Gunner officer, Andy Harmer is an Organisation & Leadership Development Consultant with more than 20 years-experience of designing & delivering engaging, transformational, and purposeful learning interventions across a wide range of organisations.

Homeland resilience weakness in the UK: Defence’s lack of preparation for a CBRN event