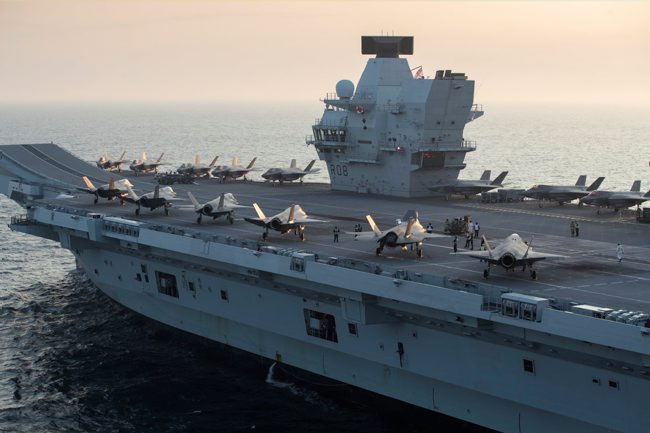 War has been declared against Covid-19 and the terminology of war is used for our current struggle against the virus by global leaders. This declaration is not just an issue in the West, Chinese President Xi Jinping is guilty too, declaring a ‘people’s war’ against the virus. As the author has previously stated, such use of war is more than misappropriation, it is a misguided abuse of its meaning, in an attempt to convey the seriousness of the issue and inspire jingoism.

Frankly, this is not a war against Covid-19 and it is misleading, dishonest and counter-productive to say so. Such a misapplication of the term started with American President Lyndon B. Johnson’s “War on Poverty” or President Richard Nixon’s “War on Cancer” in the 1960s and 1970s. Since then the pre-eminent scholar of war, Sir Hew Strachan, has pointed out the folly of such a misapplication – best evidenced by the war on a noun, the “Global War on Terror” – and this author’s future article lends itself to this argument. To go further then, the UK’s response to Covid-19 is symptomatic of the West’s loss of strategy, post-heroism and risk aversion, that can all be analysed from contemporary Western wars, as argued by the author in the same forthcoming article.

There are a myriad of additional threats and problems on the horizon, some of them potentially leading to genuine war. A brief example is that Covid-19 is estimated to have pushed 37 million more people into extreme poverty. This poverty increase is an especial problem in East Africa which has faced the ‘triple threat’ of Covid-19, the worst (multiple) locust invasions for over half a century and extensive flooding events spanning from May until today. Oil consumption has drastically fallen, demand dropping by nearly 20% post-Covid-19. Big shocks have been experienced by the oil markets before, but not anything on this scale, including oil prices going negative for the first time ever. This presents fuelling or furthering unrest in Algeria and Libya, but most concerningly in Iran, Iraq and Venezuela. We must face up to domestic and security problems and not allow Covid-19 to oversaturate our political discourse and problem-solving ability. The primary issues are the existing and forthcoming economic crash, the crossroads in British foreign policy and the great power competition with China.

We must also focus on getting back to a “near normal” and what The Economist has termed a ‘90% economy’, whereby most of the economy is able to function as normal. A 90% economy would mean a 10% plunge in GDP (Gross Domestic Product), which in the US would automatically be the largest fall since the Second World War. In the UK, experts predicted in May that GDP could fall as much as 12% by the end of 2020, yet we now know it fell by 20.4% in April alone and whilst global GDP had also fallen by 20% by April 10, the UK economy is one of the worst hit.

The terrible societal consequences of economic crashes are mostly obvious, as seen with the economic crash of 2008, like poverty, violent crime and suicides – rates of which are predicted to increase by over 6%. Indeed, Philip Thomas of Bristol University calculated that by imposing such a lockdown then more years of life will be lost than saved. Also, politics across the West were generally radicalised fast – with an inevitable time-lag – after the last crash, on the Left as well as the Right, as they are after every crash – this time it could well be worse. The terrible costs of lockdown(s), as callous as it sounds, need to be better weighed up and accepted against the undeniably significant Covid-19 death toll, that we now well know overwhelmingly hits the old and otherwise vulnerable who are susceptible (4,000 – 22,000 associated deaths per Winter season) to influenza and pneumonia anyway.

On top of this socio-economic crisis, Britain has a considerable foreign policy conundrum. What are we to do about our increasingly shaky relationship with both the EU and the US? Lawrence Freedman points to ‘the twin blows to the pillars of British foreign policy in 2016—the Brexit referendum in June and the election of Trump in November’, and that those pillars of foreign policy were already weakening. This year, in 2020, our government must work out its critically important post-Brexit trade deal with the EU, now complicated by the Internal Market Bill. On the other side of the proverbial crossroads, no matter if Trump or Biden wins the 2020 US Presidential election, not enough Americans today are going to accept that Europe needs defending from a Russia and its far smaller GDP.

But, Freedman does offer optimism in what the UK can offer to future partners and arrangements: general cyber prowess, counter-terrorism assets and knowledge, economic development, climate change solutions and a still substantial and adaptable military. Adaptable in unexpected ways, as shown by the army’s response to Covid-19. It will be up to the UK to flex its considerable muscles in these areas to support future foreign policy goals. The decision to merge the Department for International Development (DfID) into what will now be known as the Foreign, Commonwealth and Development Office (FCDO) has met widespread condemnation. However, in line with Henry Jackson Society-backed research, I argue it is an exemplar of an astute refocus on integrating departments and therefore foreign policy goals, in this case aligning foreign aid spending with how we go about our diplomatic and trade strategies.

The UK must set its affairs in order because an ever more powerful China is becoming increasingly assertive on the global stage. The financial crash of 2008 was a ‘springboard for [China’s] global ambition’, allowing it to radically increase investment in – and hence influence over – Western countries. Moreover, while the West was still distracted, it stepped up its pursuit of greater regional power, especially in the South China Sea, through its first international declaration (to the United Nations) of the “Nine-Dash Line” in 2009 and island-building from 2012/13 with Scarborough Shoal and the Spratly Islands, respectively. The current crisis could serve China in the same way, although as 2020 starts to draw to a close China does not seem to be proceeding so unopposed. Whilst under President Trump the US seems to have given up its actual and moral leadership on Covid-19, China did not hold anything back in exploiting the situation for its global narrative campaign and strategic interests at the start of the Covid-19 crisis.

The UK (and its key allies) must now re-evaluate its strategic dependence on China. The UK ‘is strategically dependent on China for 229 categories of goods’, 57 of which are used in critical national infrastructure. Whilst the UK is less dependent than other members of CANZUK (Canada, Australia and New Zealand) and the US, it is still far from ideal. Critically, 63% of the British public back a tougher trade approach to China, in-line with the US – a figure which is likely to increase after Covid-19. Encouragingly, the UK is now beginning to do so, best shown by the UK’s leading of an intergovernmental alliance (of ten nations, the “D-10”) to reduce or remove Huawei from their 5G networks and pursue human rights abusers, coordinated sanctions with Australia and Canada on China over Hong Kong, as well as offering asylum to Hong Kong’s three million residents.

We are not at war with Covid-19 and we must not get distracted amongst this myriad of threats and problems – an unprecedented economic crash, a British foreign policy crossroad conundrum and the Chinese problem. Our government, but especially the foreign policy establishment, now has even more to contend with. But, as Freedman was right to point out, the UK – indeed, a Global Britain – has much to offer the world in return.

This article was written in tandem with another forthcoming piece – titled ‘Covid-19: are we at war? An analysis of Western loss of strategy, post-heroism and risk aversion’ – for the British Army Review.

James is an officer in the British Army, he holds a MA in Intelligence and International Security from King’s College London, a PgCert in Leadership and Strategic Studies and a BA (Hons) in History.

Homeland resilience weakness in the UK: Defence’s lack of preparation for a CBRN event

Motivations, Mechanisms and Metrics in a Command Structure.