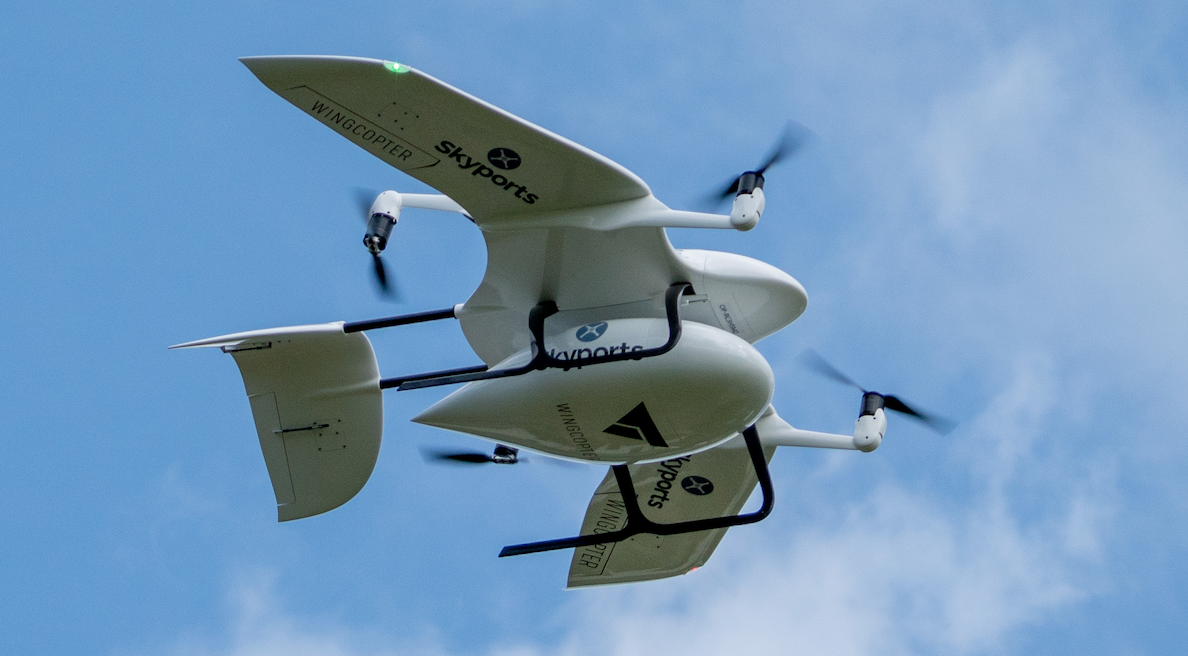 In Greek mythology Icarus was the son of the master craftsman and innovator Daedalus who built wings from wax.  Icarus flew too close to the sun and his wings melted; his confidence in technology was greater than its capability with lethal effect.  Theseus, on the other hand, overcame embedded resistance to change and was a superb combat innovator.  As Defence innovates to face future threats it will need to find a balance between inertia and over confidence neither fearing change nor accepting a comfortable status-quo.

The stated aim of Project THESEUS is to define and deliver an end-to-end automated ground and air resupply network, enabled by a logistic information system, available 24/7 in all weather conditions.  In announcing the contract, the UK Ministry of Defence called for “A system of systems approach… investigated with Industry support, from ordering system through to delivery planning utilising autonomous air and land vehicles for delivery“.  Defence wants to innovate logistics delivery and supply.

This article examines the potential non-kinetic military effects of uncrewed aerial vehicles (UAVs) on the battlefield.   It argues that UK Defence is well behind the curve and that military lives are already being lost unnecessarily.  Looking into the future, UAVs have proven potential to redefine how Defence operates.

Industry does this already – why don’t we?

An American company, Zipline, has already made 71,261 drone deliveries across the African continent.  The company currently operates two distribution centres in Rwanda.  The mountainous geography and poor road conditions in Rwanda make aerial delivery systems more efficient than road networks.  The cost of delivery via drone is comparable to conventional means by road, especially in emergency cases.

Ziplines’s first centre opened in Muhanga in 2016 and the second drone launching site was added in December 2018 in Kayonza, in the eastern part of the country.  These two centres provide coverage for over 80% of the country and they have demonstrated remarkable success.  By May 2019, more than 65% of blood deliveries in Rwanda outside of the capital city Kigali were made using Zipline drones.  By September 2019, the company had made 20,000 blood deliveries and flown more than 1,000,000 km (620,000 miles).  A remote clinic or hospital only has to text or WhatsApp a request and within minutes a drone is on the air at 128kph (80mph) to their location.  It has saved countless lives, be it for trauma or, more commonly, post childbirth bleeding.  By contrast, the UK still relies on a volunteer motorcycle service for urgent blood delivery across frequently congested and often static motorway networks.

Other governments already do this. Why don’t we?

This is not an isolated example and drone networks are increasingly common and link together governments, non-governmental organisations and industry.  In 2017, the Malawian Government opened a new air route in partnership with the United Nations Children’s Fund to test the viability of drone delivery in the region.  Drone delivery makes sense in landlocked Malawi, a country that suffers from dangerous flooding.  Roads are often inaccessible and supplies are difficult to ferry to remote areas.  Noting the operational advantage of UAVs, a UNICEF representative noted that “Malawi has limited road access to rural areas even at the best of times, and after a flash flood earth roads can turn to rivers, completely cutting off affected communities”.

The trial, centering on Kasungu Aerodrome in Central Malawi, is intended not just for deliveries, but also to aid disaster response.  The UN relief network there uses drones in a very similar way to traditional military intelligence assets.  For example, the drones are used to collect aerial images of affected areas after a flood or an earthquake to help send relief.   These are technologies in use today with a broad operational utility beyond simple deliveries.

It is therefore a sad but damning fact that the African countries to which the British Army is currently deployed have both better indigenous blood supply chains and operational drone networks than Britain.

This is a problem for Defence. Here’s why:

Defence’s lack of innovation can have fatal consequences.  In 2019 a British soldier, Guardsman Matthew Talbot, was killed by an elephant whilst conducting counter poaching training.  The report into the death concluded that due to ‘storage limitations, and a lack of quality assurance’ lifesaving blood was ‘not available to the medical staff at the point of need.  Para 1.4.220 of the report also concluded that the lack of blood products forward deployed was an aggravating factor in his death.  As was the lack of a TXA auto injector (which helps blood to clot) and the ability to get him to a surgical facility within mandated and planned timelines.  Had this soldier been a civilian in Rwanda there is therefore a higher probability he would have survived as life saving products could have been delivered by UAV.

Since the end of combat operations in Afghanistan, the pace of UK Defence’s learning and change has dramatically slowed.  This is well recognised and happens after every war.  But we must question why we still only identify lessons and never learn them?  The lack of sustained interest and investment in UAV’s for non kinetic effect shows a general trend to ignore their potential.

But this is not a new problem for defence and dates from before Afghanistan.  For example, QH-50 drones were first used to rescue a lost marine in Vietnam in the mid 1960s.  One was also used to hunt and kill submarines.  Sixty years on, the UK Coastguard is only now trialling uncrewed vehicles to find and rescue those lost at sea.  The Royal Navy plans to use HMS Prince of Wales to trial UAVs and a new class of frigate is likely to be modified for them.  But this will not translate into real capability before 2027, nearly a decade from now.  The Army has also adapted crewed vehicles for deployment to Mali yet proven UAVs networks offer the same capability cheaper and with less risk.

There are also other examples of innovation in the civilian sector that outpace Defence.  Other large government agencies, including the National Health Service are very clearly able to embrace innovation successfully.  In May 2020 for example Windracer Ultra drones started a routine service delivering pathology samples and medical equipment between Southampton and the Isle of Wight.  With a 100 kg payload, a 1,000 km (621mile) range and a plan for ten routine flights a day, the military logistical benefits are clear.   Yet, decades have been wasted with lethal consequences.   Looking more broadly, embracing this technology would allow Defence to deliver blood and materiel (one way if necessary) to deployed ships or land operations with ease. 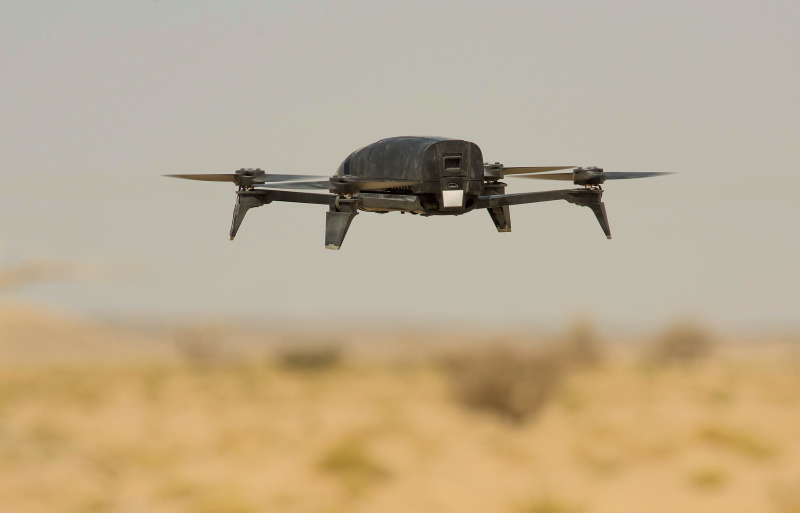 UK Defence is experimenting with small drones. But why aren’t we being bolder?

There is serious military utility here

The utility of UAVs goes beyond delivery missions.  Drones can also be used to physically evacuate patients.  They can sit at a forward operating base or patrol house for weeks at a time.  They never get tired or ‘out-of-hours’.  Empty and en-route to target they are only machines and are disposable, they are risk free.

The ducted-fan Israeli Tactical Robotics Cormorant uncrewed aerial vehicle can carry two casualties and already meets Israeli Defence Force and NATO medical and casualty evacuation timelines.  It cruises between 100 and 120 knots and has a 5-hour loiter time.  It has two laser altimeters, a Doppler altimeter for use in dust/brown-out situations, GPS, and inertial/electro-optical navigation sensors.  They are hard to shoot down and have increased survivability over crewed rotary assets.  How many scenarios can you think of in which this capability would be lower risk and life saving?  As Defence moves to consider warfighting at scale the utility related to how we want to fight is obvious

Given the pressing need, why is Defence behind?  One recent British Army officer, also choosing to remain nameless, argued that there was a culture of apathy and that he/she was aware they were in a failing culture.  Defence’s lack of enthusiasm for UAVs and the proven benefits they bring reinforces this conclusion.

This is a choice

In November 2020 the British Government announced a £16.5b increase to the defence budget.  If Defence commits now, by 2025, all UK medical evacuation capabilities could be robotically controlled.  Looking more broadly at the political agenda; there are opportunities for efficiency at scale by involving the National Health Service, the Coast Guard, Mountain Rescue organisations, and others.  It could also assist the Government’s levelling up agenda if the equipment is build in Britain.  It just takes some imagination to get this right.  It is also clear that this is a choice that is realistic, feasible, and can be taken now.

It was said of Theseus that those ‘who hover over their opponents have no cause to evolve a science of wrestling’.  Intelligence allows us to think clearly but only experience and innovation allows us to think in three dimensions.  Battlefields are no longer the flat plains of recent and past history.  UK Defence needs to think in three dimensions, and soon.  The costs of not doing so will be fatally high. 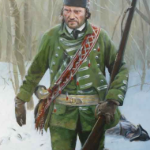 Roger Ranger is a senior medical officer in the British Army with over thirty years experience of combat medicine.