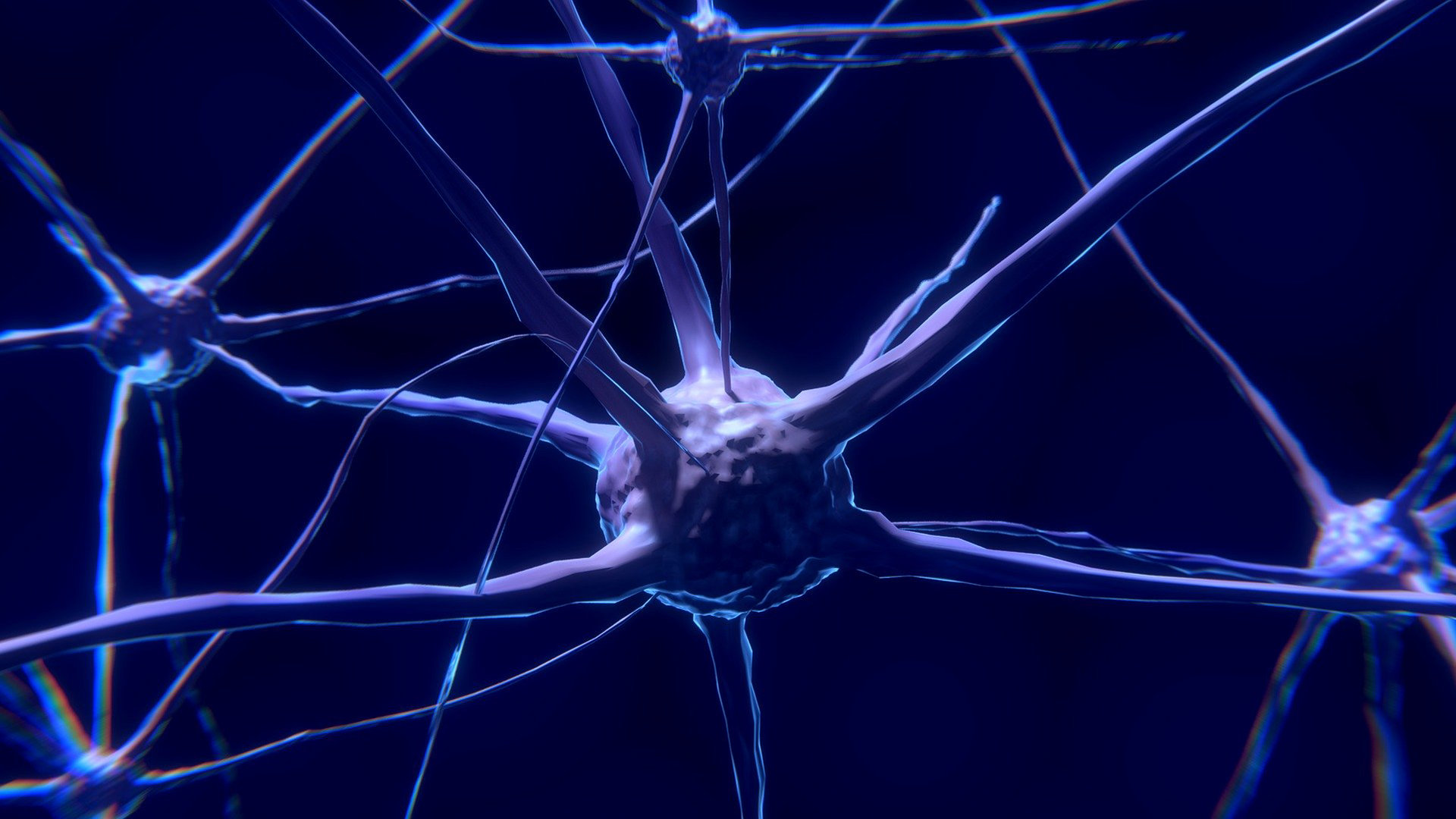 Orgel’s Second Law states that “evolution is cleverer than you are”.

There may be characteristics of large-scale, complex, exquisite defence capabilities that require the British military to organise and operate in a hierarchical command structure.  After all, given that most of the world’s militaries have had a hierarchical command throughout history this seems to suggest that it is the optimal structure.  This analysis challenges such assumptions by suggesting that an adaptive network focused on co-ordinating action provides a more agile framework than hierarchy, where actors must advocate for resources and implementation.  This agile structure would provide a decisive advantage in the complex, technologically driven operating environment of today.

In the private sector, Tesla’s first Gigafactory was announced in 2014, was operational by 2016 and is expected to reach full capacity later this year.  At $5 billion USD, it is a large-scale project that has single-handedly doubled worldwide lithium-ion battery production, and it is on course towards energy self-reliance and innovative logistics processes.  Like national defence ministries Tesla is in the business of developing large-scale, complex, exquisite capability.

There are more factors to the complexity of a project than cost, but the timescales achieved by Tesla for an exquisite capability compares very favourably to UK Defence’s flagship projects.  The UK announced the order for two new Aircraft Carriers in 2007,1 and expects them to be operational in 2021.2  In 2003, General Sir Mike Jackson addressed RUSI on the Future Rapid Effects System (FRES)3  as the concept around which the Army was to build its future.4  Ajax and Boxer are the vehicles that emerged from the FRES concept.  Ajax will reach initial operational capability during 2020,5 Boxer is not due to be delivered until 2023.6  1986, a consortium of European countries formed what would become the Eurofighter Typhoon programme but, despite the maiden flight of an aircraft in 1994, the Royal Air Force (RAF) did not create its first operational squadron until 2006.78  The purpose of this analysis is not to engage in the debate of ‘small and cheap versus large and exquisite’ when acquiring defence systems. It does however, argue that where UK Defence chooses large and exquisite, it must deliver with the pace and agility, incrementally if necessary, that Tesla has so spectacularly achieved.

But Tesla has a secret: it did not act alone.  Tesla built the Gigafactory in collaboration with Panasonic.9  Tesla empowers its individuals in a collaborative network and creates an agile organisation.10   It goes beyond the single organisation by creating an eco-system of companies working towards common goals.1112 UK Defence has had similar opportunities.  The delivery of Ajax, for example, involves over 23 companies.13

But a Defence eco-system is more than engagement with external companies; at its most effective it is the military nodes of Defence arranged in an adaptive network, rather than a hierarchy.  To harness this collaborative power, UK Defence must master eco-system orchestration.  This dissertation argues that achieving this, in the way that Tesla has done, requires  ‘starting small’, by incentivising and maximising the talent of every individual within Defence.

Orchestration of the eco-system

Building from the individual to an agile Defence eco-system requires a new type of organisation.  Analysts have found some common trends among successful agile organisations that could shape the structure of a more agile Defence.

Delayering traditional hierarchical structures has allowed private companies to reduce cost and increase organisational responsiveness.14  Conversely, the basic fighting unit of the RAF is a Squadron, but the Squadron is one of six layers separating an individual serviceman or woman on the frontline from the strategic centre, and within each of those layers further sub-hierarchy exists.  A de-layering of this hierarchy would force those in senior positions to focus on leadership areas  and delegate responsibility, thereby decentralising swathes of subordinate decision-making.

Delayering creates a network of empowered teams.  The process within agile companies allows teams to experiment and implement through rapid iteration. Standardisation of working practices enable groups to interact seamlessly and quickly.15  And the leadership focus moves from one of control to co-ordination. Increasing complexity requires nodes to increase specialisation, so reliance on other nodes within the network increases.

“Dreamers who do” was Gifford Pinchot’s succinct definition of the term ‘Intrapreneurs’ that he coined in 1978.18

Intrapreneurs or intrapreneurship refers to an individual or system that allows an individual to act like an entrepreneur within a large organisation.  Pinchot’s quip suggests that finding the right people, people with a tendency to dream and do, is all that is required to create intrapreneurship.  Pinchot knew, and analysts have since demonstrated, that innovation and intrapreneurship are a process that can be taught but which must also be enabled

Entrepreneurs approach problems from a different perspective, one that can be at odds with aspects of current hierarchical Defence planning.  Expert entrepreneurs frame decisions using effectual logic, rather than using a predictive frame.19  Effectual logic is one that starts with means and expands outwards to effects achieved and unanticipated ends (see Figure 2).

Defence delivers capability via expression of a requirement.  The requirements are derived from strategic objects and flow down from the top.  Defence predicts the strategic environment and acquires precisely defined equipment to meet that need.  A fundamental problem with this approach is that prediction is notoriously difficult, especially in a complex environment.20  Defence intrapreneurs would ask different questions, namely, ‘What resources are readily available, either quickly or cheaply’?  And ‘what can I achieve with those resources to enhance UK strategy’?  The complex modern environment is unpredictable.  Effectual logic of intrapreneurs is reactive and adaptive and, if set within the correct process, agile.  If Defence could balance both approaches, intrapreneurs could contribute to a more innovative, adaptive, and agile organisation.

Empowerment by the imposition of cost

UK Defence would achieve empowerment across the network if each actor and node could act, rather than advocate, while still working towards common strategic goals.  Examples here would include the addition of one more training course for a pilot, one more pilot on a squadron, or one more squadron within the RAF.  Each increment is a unit for marginal analysis, but the person best placed to assess the marginal value is likely to be different in each case.  To empower the appropriate decision-maker, UK Defence must find a mechanism to impose cost.  Cost is the yard-stick against which marginal utility is judged in market economies.  Cost, in turn, is driven by the marginal utility of resources to other actors.

Bureaucracies incentivise actors to increase and hoard resources while there is some utility in doing so.  This is not efficient because actors may allocate resources, even when they have low marginal utility, as long as there is some utility in doing so.  Empowerment correctly bounded for each level is not created by freedoms, but by a mechanism of precisely designed costs.  If individuals are motivated by task and people, then costs imposed must reflect this.  Where cost forces a function of compromise, or where an actor must weigh the benefit of one resource over another, then the actor would have to consider their choices more carefully.  Compromise and cost may be the route to empowerment but, in doing so, the organisation will benefit from the knowledge and informational processing power of a network of individuals.  If you strive for excellence on any task, you will seek to extract additional utility no matter how small.  Alternatively, compromise and cost are mechanisms to force actors to maximise marginal utility but stop or find alternatives when they reach a threshold.  The search for other options when cost is too high becomes the engine of innovation.  The critical element is that a mechanism of cost allows delegation of bounded empowerment to the individual best placed to assess the marginal utility within any node, provided they have a mechanism to select alternative

MOD at the Heart – not the Top

In this model, the MOD becomes an enabling organisation, empowering specialists to make small decisions that comprise the whole.  Intrapreneurs operate across boundaries, innovating new ways of working and allocating resources to alternative uses.  Networking tools are required to ensure connectivity and standardised ways of working, but also to provide a mechanism for exchange and a metric for comparison, as identified above.  Most importantly, if UK Defence is populated by individuals that are motivated by task and care of their people, then empowering them to act for the good of the overall system should provide an influential incentivising factor.

For this to work, hierarchical control may have to give way to co-ordination.  While it may appear plausible, scientific observation does not support hierarchical judgements and vertical reward as the basis for the most efficient resource allocation system.  Instead it suggests that a networked organisation where nodes can act rather than advocate will self-adapt to meet the challenges of the environment.  The environment provides the selection forces for evolution, so intelligent design by a senior node is no longer required. It is a bold leap of faith for the MoD to trust the power of an adaptive network. B elieving that the intelligent design of such a large organisation can do better, may be an even bigger leap.

Scottie Mac is an RAF Wing Commander with 11 years of experience on frontline RAF squadrons, followed by staff roles in joint headquarters. He recently completed a Masters by Research at KCL, as a CDS scholar on Advanced Command and Staff Course. His academic focus was on decision-making networks, hierarchy, individual incentives and organisational evolution. The opinions expressed in this article are the author's only and do not reflect the position of the RAF, KCL or the MOD.