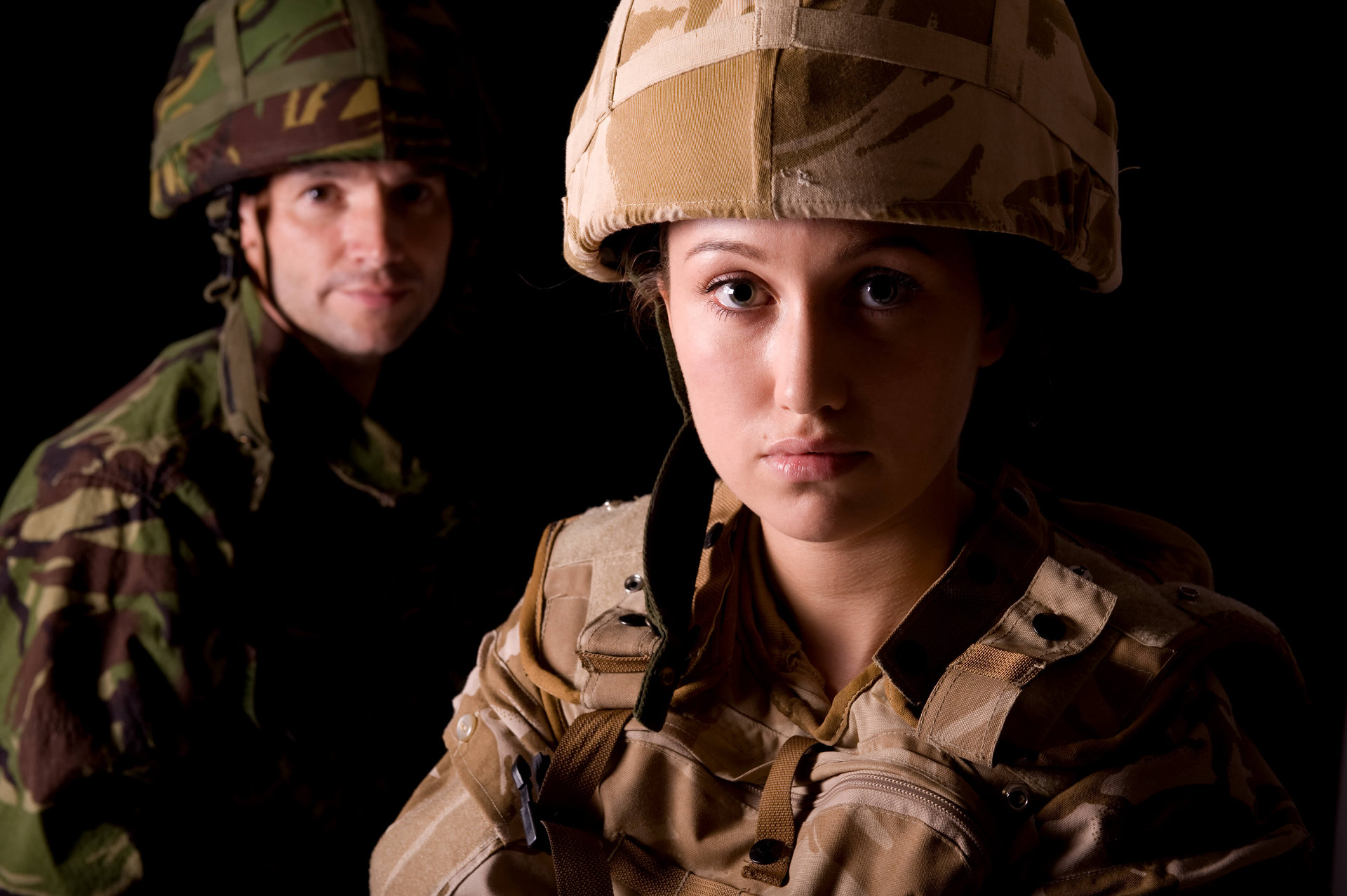 International Women’s Day (IWD) 2021 seeks to inculcate a global challenge culture and raise awareness of the problems that still exist for women.  In Defence, the women’s agenda has seen considerable movement within recent years.  All roles within Defence are now open to women; the first servicewoman has passed the notoriously challenging ‘P’ Company and the RAF has appointed the first female 3* Officer in the Armed Forces.  The diversity agenda continues to be heavily supported by senior officers and  servicewomen’s networks have developed to celebrate and offer a voice to women.  Outside of the Armed Forces the number of female commentators on security and defence issues has also increased.

Yet female representation within the UK Armed Forces has only increased by 0.3% for both regular and reserve forces in the 12 months between 1 Apr 2019 and 1 April 2020.  This is a snail’s pace and more needs to be done.  The story is similar in other countries and the #Shecurity Index, released in 2020 as part of the 20 year celebrations of UNSCR 1325 on Women, Security and Peace, notes that gender parity within EU states will take another 325 years and 425 years amongst NATO forces.  Looking internationally the response to the graduation of a female US tank commander in February 2021 shows a deeply embedded culture of bias.

For International Women’s Day 2021, the Wavell Room Team, together with the input from our readers, have collated our thoughts on where we think Defence should #choosetochallenge.  This article is our challenge to the defence community to expand the debate on women in service and is a call for papers.

Challenge is a Choice…..

In the Wavell Room we continue to drive debate and facilitate the conversation surrounding women’s roles within the military.  In many ways the women in defence debate is dominated by ideas of women in combat, but we consider that to be a narrow interpretation of the issues and one that misses the point.  The debate must expand and centre on the ability of women to develop meaningful and long careers within Defence.  That is why we are issuing this challenge.

Encouraging women to not only join the military but remain there throughout their working lives is a huge challenge.  As the adage goes ‘You have to see it, to be it’.  The limited number of women in senior ranks, and the time it has taken to get there compares poorly to other industries.  For example, more women have been into space than have reached the highest ranks of the military.  The Royal Navy has yet to appoint its first female Admiral.  Furthermore, a 2019 report by Cranfield University considered the future employment of female service leavers and found the most reported factor influencing women to leave service was the work/life balance.  This was characterised by a poor understanding of childcare commitments by their chain of command and the challenges of co-location for serving couples.  A large number of women reported a lack of job satisfaction in comparison to the demands placed upon them: the juice was just not worth the squeeze.

Addressing this requires not only more supportive policies but a shift in understanding and behaviour.  A shift that recognises that simply offering ‘choice’ is not enough but that that choice needs to be realistic and meaningful for women to take it up.  As leaders, we all have a responsibility, to make the lives of our people easier.  And this sits at the core of the challenge we’re posing for 2021; what should Defence do to ensure more women believe a career in the military is worthwhile ?

We believe it is a truism that any group of women in Defence will have a range of anecdotes as to how their gender was used to undermine/ embarrass/ lessen their position in a given situation.  These might range from innocuous comments about the time taken out to address family concerns to more serious allegations of sexual assault.  However voices of women who have struggled as a result of their gender remain behind closed doors and we want to open these doors in 2021.  Dianne Allen’s book ‘Forewarned’ (reviewed by us here) started a #metoo movement for UK Defence.  Her challenge has contributed to the Defence Committee inquiry into women in the Armed Forces and we look forward to a fulsome report, identifying the challenges as well as showcasing positive suggestions which might address these issues.  We want to continue the momentum of this debate, develop the narrative around women in the Armed Forces and strive for parity.

Challenging individuals, policy or decisions which disproportionately affect women will not always result in a #metoo movement or a Parliamentary inquiry, but every time we use our voices to challenge unacceptable narratives, we will begin to break a pattern of accepted behaviours and culture.  Let’s not underestimate how powerful words are.  Discussion of more sensitive topics such as sexual assault and domestic violence in a careless manner,  can leave individuals feeling alienated when the debate allows ill informed and bias opinion to be encouraged.

Words matter; particularly when they are used in a microaggressive manner.  It is not ‘banter’ to say women belong at home preparing dinner and nor is it appropriate to ask a woman during a joining interview if she intends to start a family soon as maternity leave would inconvenience the support you expect to receive. Despite pregnancy and maternity being protected characteristics, comments and questions in these areas remain prolific.  Microaggressive language perpetuates an accepted culture of inequality and has been challenged by women for years.  Biased behaviour must be challenged by everyone – men and women alike to reduce the casual barriers which prevent true cultural change from happening and allow our behaviours to properly align with our own values and standards.  The #choosetochallenge theme for IWD 2021 has never been more relevant, for those working in, and outside, of Defence.

In recent years, the development of organisations championing the voice of women in Defence has been encouraging.  Servicewomen’s networks have been established in all three services and women’s achievements are formally celebrated at the annual ‘Women in Defence Awards’.  How successful do you think these initiatives have been at driving the agenda forward?  We think Defence could do better – we need more women’s voices engaging in debates, contributing their thoughts to professional military education, challenging debates on social media platforms; and we need truthfulness.

In the last 12 months the Wavell Room has encouraged conversations in areas women are not regularly seen in the military.  Leading the way in 2020 was Sally Davis calling out the lack of diversity in wargaming.  She argued that the issue lay in how men played to win rather than the learning experience wargaming might provide.  Beatrice Ormerod’s contribution to the WGCC debate queried the focus on physical violence in light of the current operating environment.  We’ve shared the voices of leaders like Brig Sara Sharkey, who expanded on the digital contribution Defence made in response to COVID whilst simultaneously recognising the challenge of undertaking two jobs whilst homeschooling.  As the number of voices increase across all areas of Defence including those that disproportionately affect women, we think gender parity should follow as women’s contribution becomes the norm.

Some of our most thought provoking dialogue has come from men.  For example Lieutenant Colonel Ed Carpenter’s view on WGCC in which he argued that thinking about gender in ground close combat presents an opportunity to consider whether the physical standards set are effective across the force. A recent challenge to us has questioned why men do not receive better training to understand women’s menstrual cycles, particularly how this might impact in more austere environments.  In recent years, the team has watched as more men exercise their right to shared parental leave (and we have an article on that pending).  Placing men in a similar position to women does not undermine the challenge, rather it widens the pool of those who understand the impact exercising such rights might have.  Men’s voices matter in challenging poor behaviour, in developing better policies and in being trained to fully understand the challenges faced predominantly by women.  You might consider that many of the issues here are not specific to females and Defence needs to modernise its policies.  In making this challenge we are not looking to close down the debate, rather, generate positive cases for change.

Judging from the responses we see across social media, many of you will disagree with the issues raised here.  Some of you will point to legal and policy changes already in place to remove discrimination.  In making this challenge to you, we want to open up the debate.  We want to have the conversations that Defence doesn’t want to have.  We want to hear your views.

Over the course of the next 12 months the Wavell Room want to publish challenging articles on the issue of gender, from all perspectives, from all positions.  If you have an issue you would like to challenge, please get in touch via frontdoor@wavellroom.com.  We’d love to publish your thinking.