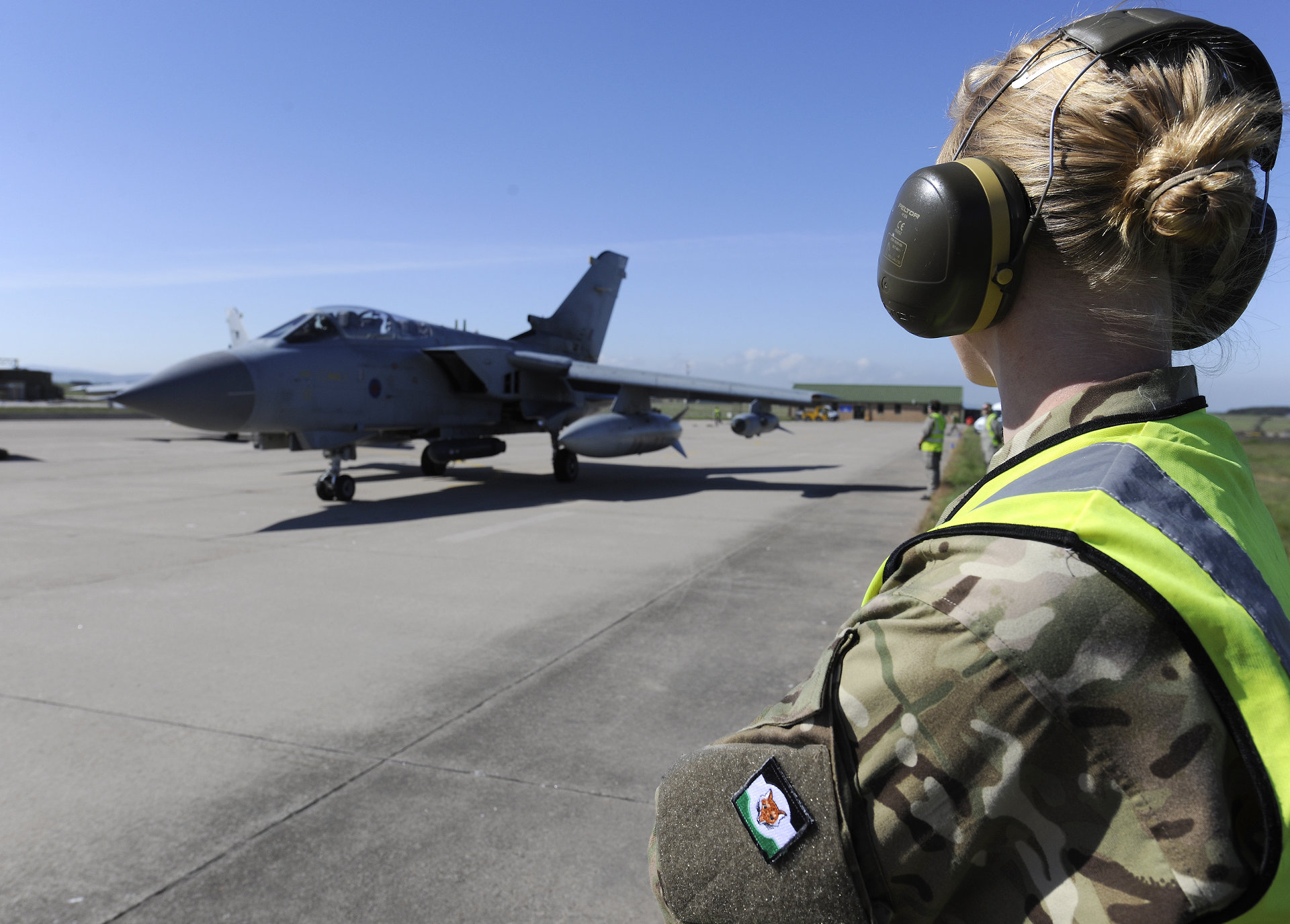 For all intents and purposes women veterans are a hidden population in the UK.  It’s a sad fact that, in the UK, there is little academic research into the lived experience of women service personnel and veterans during and after military service.  In this op ed, I use the term ‘we’.   I am referring to the organisation called Forward Assist.  We have the mission statement of ‘supporting military veterans struggling to adjust to civilian life’, but for this piece, we focus specifically on women.

This Op Ed is based on our report, Salute Her published in 2019. The evidence for many of our claims comes from this research.  In this piece we also link with other research from the United States and the UK to show that women veterans are an invisible population.  Whilst we paint a negative picture, we also don’t wish to downplay the many positive moves happening in this area.  We wish to pay tribute to those involved in highlighting the issues with women veterans.

We were recently told by Professor Nicola Fear that there was a limited amount of literature because women only account  for 10.9% of the serving population.  A viewpoint that is, in our opinion, both anachronistic and discriminatory.  If you want to research or know more about the kind of issues impacting on women veterans one has to go overseas and make contact with our ‘Five Eyes’ and United Nations partners.  In America and elsewhere researchers have been actively investigating the impact the wars in both Iraq and Afghanistan, have on women service personnel given their increased involvement in overseas deployments.   The contrast with the UK is stark in this regard. Why are female veterans invisible?

Times have changed.  But enough?

Over ten years ago I asked one of the local garrisons what gender specific services were available to women service personnel and veterans with post-traumatic stress disorder (PTSD).  I was surprised to be told there wasn’t any provision because women don’t serve in front line roles and therefore cannot get PTSD.

Thankfully, times have changed and there is greater awareness of the issues faced by those transitioning back to civilian life.  In recent years terms such as moral injury, military sexual trauma (a term for a traumatic experience, not yet adopted by the UK Ministry of Defence) survivor guilt, adjustment disorder, and traumatic brain injury have come into common parlance.  As we know, these issues including post-traumatic stress, may become problematic for service personnel during military service but also after they have returned to civilian life. 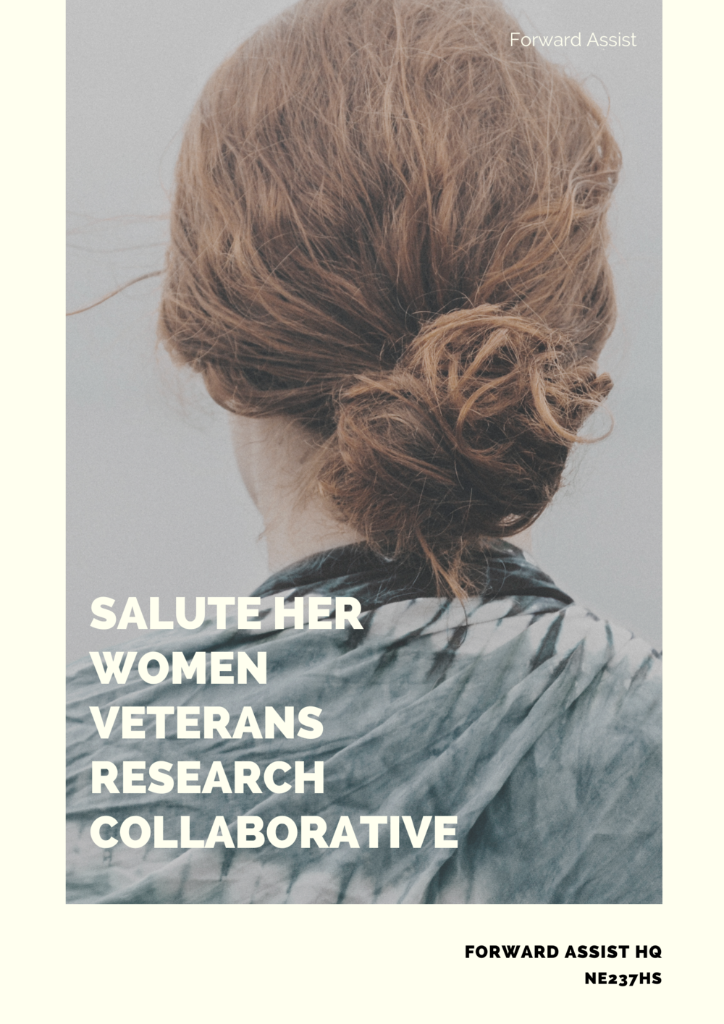 Studies in the United States indicate that women veterans are more likely to be subject to sexual harassment whilst serving and resort to alcohol and drug misuse as a coping strategy.  Similarly, the US has a significant number of women veterans’ presenting as homeless having left military service.  Our ethnographic research survey ‘No Man’s Land’ indicates that women do not identify with the term ‘veteran, typically because it traditionally evokes a male image.  This in turn creates a barrier to women veterans having an identity of their own.  As a result, many feel disenfranchised and disconnected from support services that are predominantly designed for men.

Service life brings with it unique family pressures for women, especially single mothers during deployments.  Many rely on family members to take over childcare responsibilities which in turn, puts a strain on both the child/children and/or family relationships.

On return to civilian life, women report that they feel that their service does not matter and their contribution and sacrifice is not recognised by society.  These issues are further exacerbated for women from minority groups such as the BAME and LGBTQ+ communities.  Many report feeling overlooked, abandoned and discriminated against when not wearing uniform. We feel that we all have a collective responsibility to embrace, understand and promote diversity, especially intersectionality and women veteran narratives.

During operations many women reported that they were issued with ill-fitting body armour (designed for men). Equipment, which left them vulnerable to life threatening injuries during combat operations.  Heavy equipment and fitness tests designed for men have resulted in muscular skeletal injuries for many women.  During exercises and operations US women reported a lack of privacy when carrying out bodily functions, the lack of access to sanitary wear resulted in women reporting that they had to improvise with spare clothing (socks) which led, in some cases, to long term kidney damage and urinary tract infections.

Women veterans reported significant problems related to diagnosed/undiagnosed PTSD, adjustment issues, anxiety, depression, the long-term effect of toxic leadership and bullying, moral injury, and survivor guilt.  This was particularly pertinent for those that experienced or witnessed sexual assault or harassment/bullying during service but did not report it.

As mentioned earlier, the term military sexual trauma is not recognised by the Ministry of Defence or the Office for Veterans Affairs.  Despite raising this issue with both departments, neither appears interested in recognising the unique aspects or long-term impact on those traumatised by sexual assault during military service.

For those unfortunate enough to experience sexual assault whilst serving there is very little evidence that the system supports or believes them.  The Armed Forces Ombudsman recently told the Defence Committee about her concerns in regard to  women currently going through the complaints procedure.  Women report that they have little faith in the system, with many choosing to leave the military rather than suffer further humiliation and psychological trauma.  Victims are fearful of career impacting reprisals, many find that the problem is located with the victim/survivor rather than the perpetrator and many women told us that their believed leadership protected the reputation of the institution rather than the rights of the individual.  This can and does lead to very poor expectations and outcomes for women returning to live in the civilian world.

Poor mental health and a lack of specialist support for women ends with many on a pathway of despair with multiple complex unmet needs . These difficulties are characterised by depression, anxiety, self-isolation, self-harm, addiction, poor physical health, broken relationships, long term unemployment and limited life chances.  A continuum of harm, that could be avoided and one that costs the public purse millions of pounds every year. 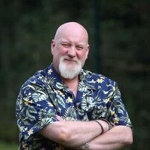 Since Tony Wright's early career in the Royal Marines was curtailed by injury in 1981 he has invested his efforts and working life in advocating on behalf of and supporting individuals categorized as having the most complex and chaotic lifestyles.   Throughout his 36 year career he has worked as a Home Office Advisor, a Local Authority Social Worker, Probation Officer and has held senior management positions in both the statutory and voluntary sector.  In 2012 he established Forward Assist a veteran centric charity based in the North East of England.  This was followed by Salute Her in 2017 as a ‘gender specific’ support service for UK women veterans.  Both teams provide ‘needs led’ care coordinated, case managed ‘person centered’ support to veterans and their families. The work of the charity revolves around Research, Education, Advocacy & Psycho-Social Support.