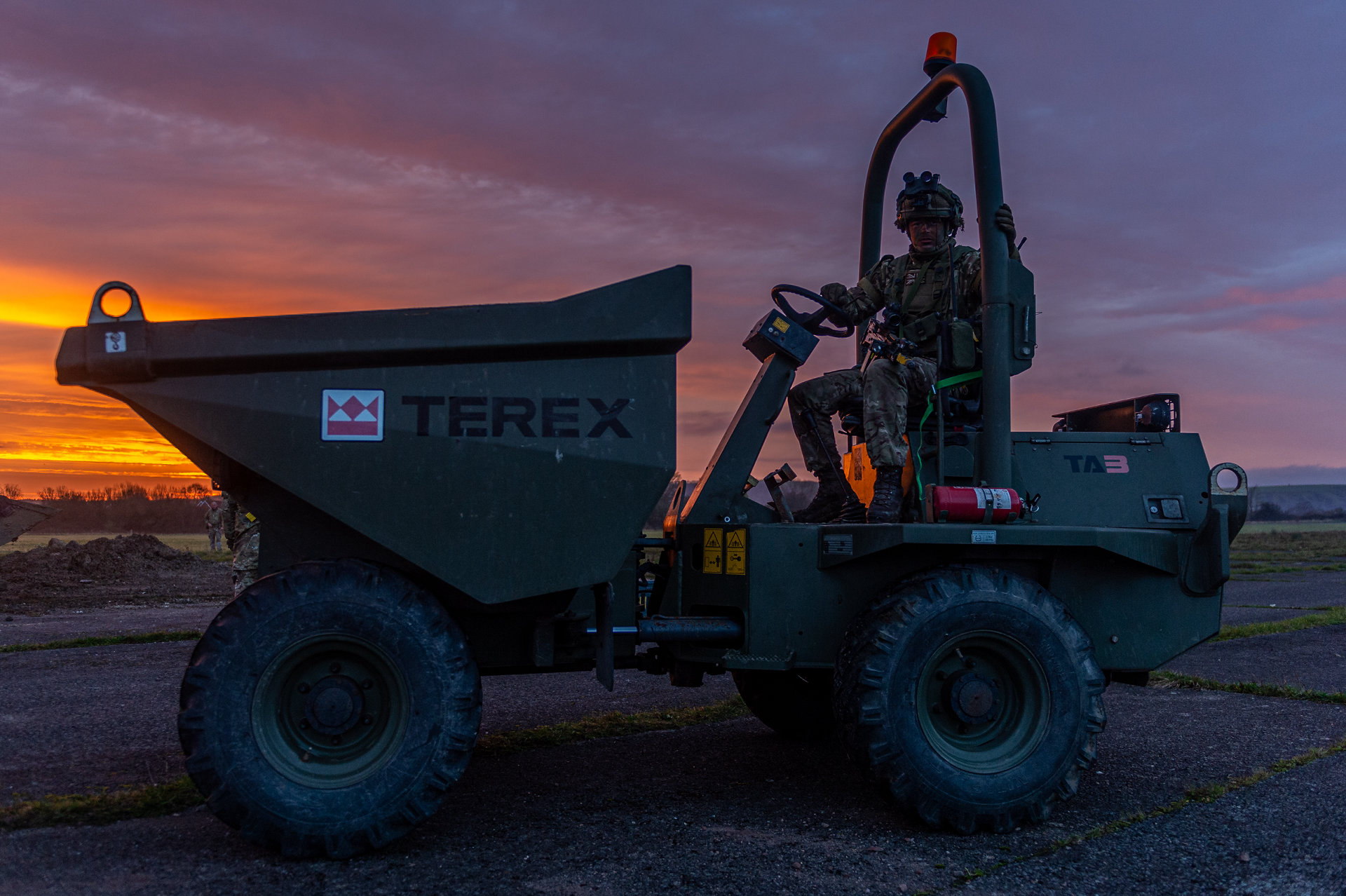 Despite a revival in the divisional level of warfighting in the British Army, thinking on security away from the front lines has failed to keep pace with the evolution in the character of warfare in the 21st Century. Specifically, thinking has been constrained by an industrial view of warfare.  It is rooted in war fighting at scale and does not adequately reflect the realities of how the British Army wishes to operate, constrain, and fight opponents in the 21st Century.

This article argues that the geographic framework currently used in British doctrine – the deep, close, rear model – must be revised to reflect the need for the provision of security over a large area at formation level.  This must be done in order to meet the new Integrated Operating Concept functions.  To explain the logic behind this, this article will look at the possible future operating environment, NATO and US thinking on the subject, and examine the term wide area security, before looking in detail at current British doctrine.

Does the geographic framework still matter?

In 2010, the UK Defence Concepts and Doctrine Centre (DCDC) published the Future Character of Conflict (FCOC) which forecast trends in warfare to 2035. One of the key deductions was an acceleration in the decentralisation of conflict at the tactical level and an increase in an enemies ability to operate across an area of operations.  Opponents are no longer only focused on what we currently consider the close battle.  In doing this, FCOC removed the concept of the traditional rear area and assessed that conflict will be in all areas.   This means we must think differently about the current geographic framework.

Arguably, recent conflicts in Iraq and Syria heralded that this future, predicted in 2010, is already here.  Taking a broader view, some would argue that the rear area has always been contested, even within a 20th Century industrial conflict; you could easily point to Operation Market Garden and Operation Iraqi Freedom as evidence that the rear area has never been fixed. The Integrated Operating Concept published in 2020, lays out some stark choices for the British defence establishment in the information age.  This includes the concept that the close battle may no longer be decisive.  With this in mind, we must question if the traditional geographic framework of ‘deep-close-rear’ areas of battle is still valid.  And, if it is not, we must pull forward doctrinal deductions.

What is area security?

British thinking about area security is rooted in both NATO and American doctrine.  To understand our own doctrine we must first understand the American relationship with security in the rear.  Particularly, we must question why wide area security, which at first glance seems to capture the requirement, is not a palatable phrase. In 2011, the US Army doctrine broke out wide area security (WAS) as a separate doctrinal concept from combined arms manoeuvre and redefined counterinsurgency as WAS. By 2019, the US Army reversed the change and killed WAS as a concept.  It was replaced with stability operations, which formed a principle of unified land operations, as opposed to a central tenant of its operating model.

As British doctrinal thinking has moved back towards the divisional level of operations from 2010, and as such began to encompass the problems of security in rear areas, the use of WAS to describe rear area security crept into common usage.  In part, this was due to the large number of American Officers working alongside British land forces. Just as it took time for WAS to enter common usage, however, it will also take time to fall out of favour.  As such, the most recent British doctrine on security in the rear area in 2020 decreed that ‘wide area security must not be used’.1

Concurrently to killing WAS, the US Army also killed the term ‘rear area’ and replaced it with the term ‘support area’.  This is defined as ‘clusters of sustainment, headquarters, and other supporting units …. these areas of operations facilitate the positioning, employment, and protection of resources required to sustain, enable, and control tactical operations’.  This amendment goes someway to recognising that the rear area as a concept no longer exists.  But it does not go far enough. US joint doctrine goes further, designating a joint security area as a ‘specific area to facilitate protection of joint bases and their connecting lines of communications that support joint operations.’  It is this definition that comes closest to the current British requirement and should be borne in mind as we unpack the current British thinking on area security.

What does this mean for British doctrine?

British thinking on (rear) area security is centred at the higher tactical echelons, namely the corps and divisional level.  It is firmly rooted in the geographical framework and focused on warfighting at scale.  Specifically, corps and divisional doctrine subdivides the activities that take place in the rear area into sustainment, movement, offensive, defensive, enabling and stability activities, battlespace management, security, intelligence, and communications.2Brigade tactics limits its definition of activities in the rear area to ‘administrative and logistic activities, protection of critical assets and infrastructure and real estate management…..sustaining to enable the force to survive, move and fight.  They may require stability activities to maintain or gain consent of a host nation and also the range of offensive and defensive activities through combined arms manoeuvre.’3

These activities are built on an industrial warfare concept where the enemy is defeated in the close battle, and is fought by British Army force structures that no longer exist.  For example, at no point does British doctrine acknowledge the role that manoeuvre units would take in setting the theatre to in-load a warfighting formation.  Nor how the current force structure, based around one warfighting division, would protect itself given the limitations on mass.  What British doctrine also fails to recognise is the commonality in tactical activities that transcends the phases of conflict.  For example, all of the tactical activities listed corps and divisional doctrine are equally applicable as a force arrives at its points of departure and in post conflict stabilisation.

The traditional geographic framework is typically applied in a linear fashion based on the broad assumption that the enemy will attack or defend in that model.  When warfighting at scale, this would probably be fitting but given the diversification of threats, and the recognition that the enemy would be waging an irregular fight outside of the close battle, is it still an appropriate assumption?  For example, while recognising that the close battle, defined as where the higher headquarters directs, enables and sustains subordinate activity, remains central to warfighting it is arguably no longer decisive.  This flexibility would allow a more appropriate ordering of tactical actions in defeating the enemy in the deep, while recognising that the enemy will seek to have an effect against all elements of a formation.

So what do we do?

The proposals presented below offers more than a tweak to the current status quo.  Rather, it is a shift to recognise that area security is an enduring tactical activity that occurs regardless of the phase of war.

If you accept that the purpose of doctrine is to provide the best guess of how to fight in the next war and to provide a framework to adapt to the prevailing conditions once it starts, the current of geographic framework does not fulfil that purpose.  The rear area as a concept no longer exists (if it ever did) and continuing to use it ignores the fact that a manoeuvre unit or formation is required to provide are security outwith of the close battle.  Until this is recognised, the British Army will continue to under resource area security and present the enemy an unnecessary opportunity to defeat us.  Finally, being explicit in doctrine that the geographic framework can be reordered to recognise the realities of fighting and operating in the 21st Century will give our Commanders and their staff the best opportunity to adapt our doctrine and win in the next war. 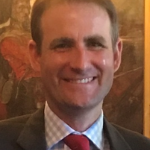 Andy Breach is an Infantry Officer who has served on operations in the Balkans, Afghanistan and the broader Middle East in a range of staff appointments at Brigade and Divisional level.  A graduate of the US School of Advanced Military Studies, he is passionate about getting doctrine right.