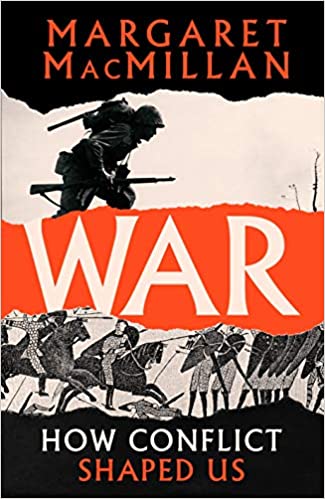 ‘War is waged by men; not by beasts, or by gods’ – Frederic Manning

In 1991, the body of a prehistoric man, known as Otzi, was discovered in the Italian Alps.  This man had laid there for some 5,000 years; there were clothes still on his back and food in his stomach.  While initially it seemed that he had died alone, it was discovered that there was an arrowhead in his shoulder and damage to his skull.  This man was most likely murdered and there was further evidence to suggest that he had tried to defend himself, indicated by blood found on his knife.  This discovery of Otzi suggests “that early humans, certainly by the time of the late Stone Age, made weapons, ganged up on each other and did their best to finish each other off”1  Does this also mean that war and violence are part of the human experience?  Is war part of who we are as humans?  Do we ignore the impact of war because acknowledging it mean we are ‘pro’ war?

Historian, Professor Margret MacMillan, in her new book ‘War: How Conflict Shaped us’, adapted from her BBC Reith Lectures series, sets out to answer these broad questions by investigating the nature of warfare and how it has shaped culture and society throughout history.  In a series of essays, set cross nine chapters, MacMillan looks at a wide range of topics including, reasons why war is waged, the ways and means by which it is done, how warriors are created and who war directly affects.  While acknowledging the negatives of war, she argues that war is more than simply horror and bloodshed and investigates how war has influenced and been influenced by: politics, economies, language, science, media, medicine, art and technology.

War has taken place in every century in recorded history, and has either directly or indirectly affected all of civilisation.  It has been waged on every continent and continues to be.  In the West, since the end of the Second World War and despite sending western militaries to fight war overseas, it is often viewed that we have experienced “the long peace”2.  Is war therefore something other people do?  The answer is possibly different for those who have been directly affected by war fought since 1945, whether they are from the west or not, and those who have never experienced it.  Macmillan writes that the belief that the west is more ‘peaceable’ and our distance from the realities of war, can lead us to “not take war as seriously as it deserves”.3

MacMillan aims to give readers a deeper understanding of war and argues that war is indeed part of who we are and an essential part of what it is to be a human.  Not only do we wage war, as a society “we fear war but we are also fascinated by it”.  We commemorate victories that have long since passed, we play games and watch film based on war, we use military expressions and language such as “‘three sheets to the wind’ and ‘give it lots of leeway'”4.  Technological and medical developments have stemmed from war including radar and penicillin.  Whether you condone war or not, the effects of war surround us and to understand it does not mean that you have to approve of it.

Svetlana Alexievich, wrote in The Unwomanly Face of War, “War remains, as it always has been, one of the chief human mysteries” but it is essential that we try to understand it, to learn from it and realise how it affects us all.  Macmillan also notes her own personal links to war.  Both of her grandfathers were doctors in the First World War, “the Welsh one with the Indian Army at Gallipoli” and “the Canadian one on the Western Front”, her father and uncles fought in the Second World War and she is also the Great-granddaughter of David Lloyd George.

‘War: How Conflict Shaped Us’ is vastly different from MacMillan’s previous books, ’Paris: 1919’ and ‘The War that Ended Peace.’  The book has no strict narrative but instead, using vivid examples, tales and anecdotes, gives a highly readable, thought-provoking look across history, in an attempt to begin to understand war and its effects on us as human beings.  In modern times, with the increasing focus on counter terrorism and technological developments leading to cyberwar and drone warfare, it is becoming all the more important for us to understand war and its cultural impact.  In just 289 pages, MacMillan gives the reader plenty to think and talk about, and provides an excellent reference point for anyone new to the subject of war and warfare. 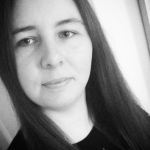 Maria Ogborn has a MA in Military History from the University of Birmingham.  Read more from her at her blogsite https://www.apennyforwarthoughts.com.  Or follow her on twitter @maria_ogborn